Apples: the quintessential fall fruit. Whether you have a bucket of them from the local orchard or a bag full from the local grocery store, fall is the perfect time to experiment with apples. Their sweet, crispy flesh pairs well with nuts of all kinds and this recipe uses that combination in order to make the most delectable Paleo apple cake. 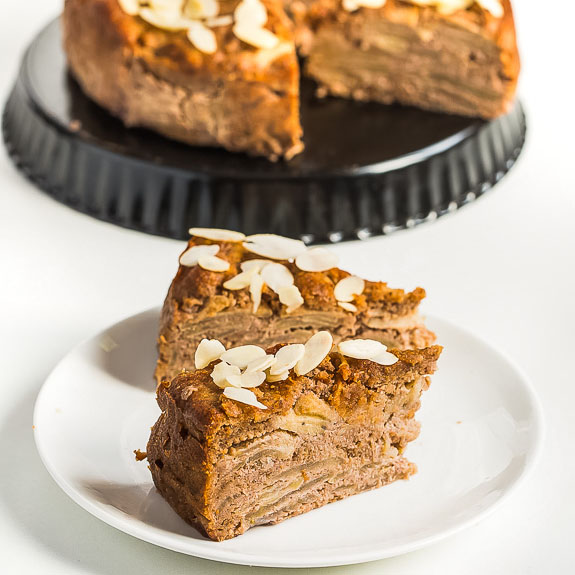 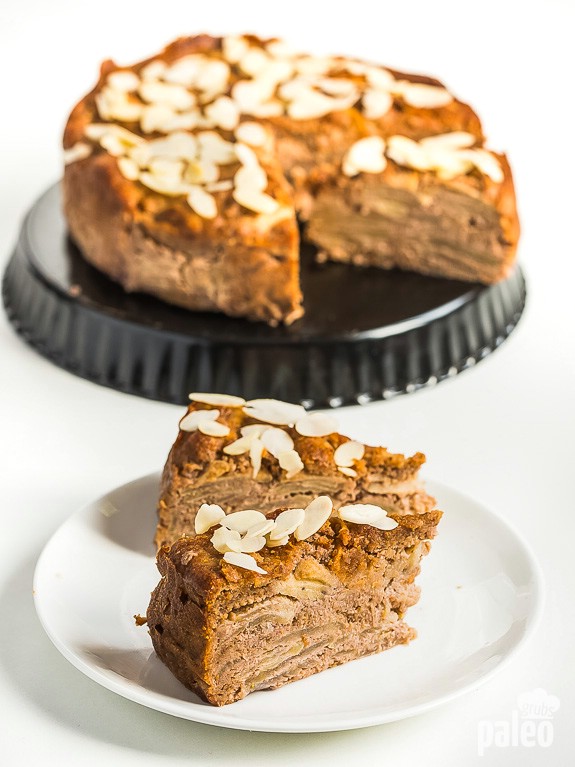 When I was little, my grandparents had an apple tree in their backyard – just one. But just one medium sized apple tree provided more apples than they could ever imagine eating! My grandmother wasn’t much of a cook so those apples would’ve gone to waste if it wasn’t for the neighbor lady.

She would come over with a big basket once or twice a fall and gather all the ripe apples. A day or two later, some sort of baked apple something or other would show up on my grandparents’ back porch. Pies, cakes, crumbles…you name it. 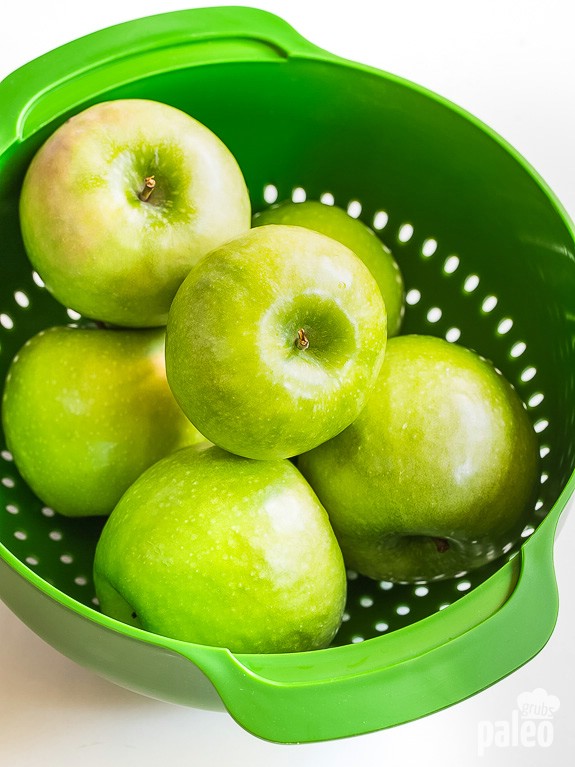 My favorite was always the apple cake. A moist, cakey, appley delight. This recipe for a Paleo apple cake brings me right back to fall at grandma’s house. I don’t know how the neighbor lady made her apple cake, but I’m guessing it wasn’t Paleo, since that wasn’t really a thing in 1982. But you could’ve fooled me with this recipe – there’s nothing lost in translation.

Ground walnuts and arrowroot flour substitute for what was most likely a wheat-flour based dough in the neighbor’s cake. Arrowroot is a staple of the native Caribbean diet, going way, way back in history to before Europeans arrived. Now, it’s often used as a thickener because it can make liquids into a sort of pudding consistency. But one great characteristic of arrowroot for many people today is that it is gluten free, unlike wheat flour. 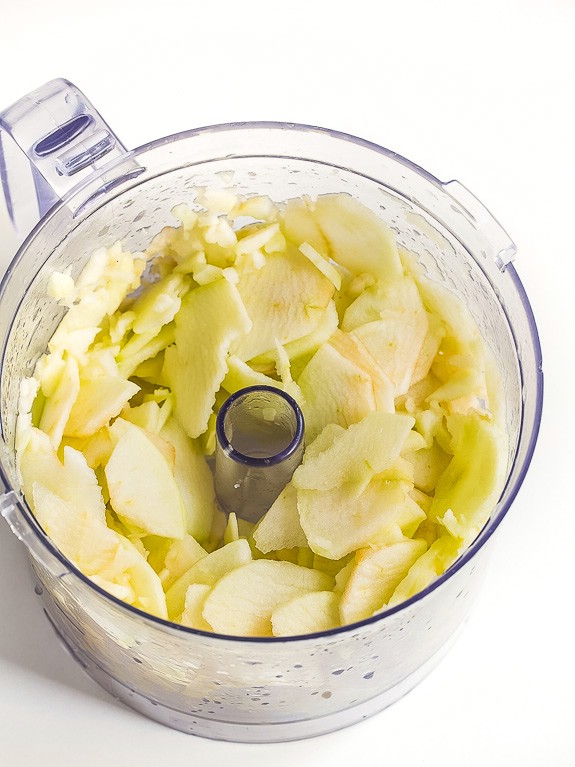 That being said, a friend of mine who eats Paleo most (but not all) of the time says she loves this apple cake with a little fresh whole cream drizzled on top. Not a bad idea. But like I said – I think it’s good just on its own. 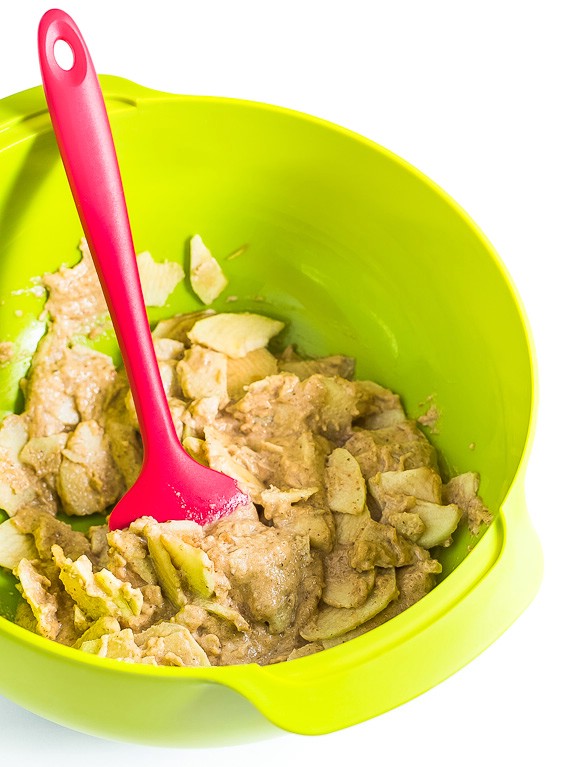 The fresh apple flavor really comes through in the cake because there aren’t a lot of other things to get in its way. The honey helps bring that lovely apple essence to the foreground.

Now it’s time for my secret: I love making this apple cake on a Sunday in the fall – hopefully after getting to go apple picking in the orchard – it makes my house smell warm and cozy while it cooks – and then Sunday evening I have a big slice with a cup of tea. It’s the perfect end to the weekend. And then, for the next few days, I often have it for breakfast. Yes, it’s called “cake,” but it has apples, so that counts as breakfast, right? At least then, I have a yummy, Paleo way to start the day when the nights are getting longer and the air is getting a chill in it. 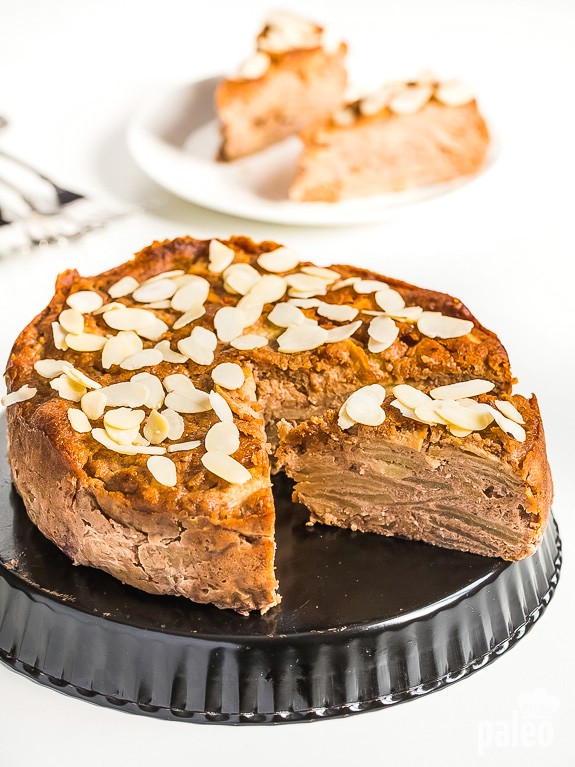 I never knew the name of the neighbor lady who baked apple treats with my grandparents’ apples, but I think she may be responsible for my love for all things apple. And whenever I make this cake, I think of her.