Who says you can’t have cake when you’re eating Paleo? Not me! I made this amazing Magic Vanilla Custard Cake for the birthday of a gym buddy not too long ago and everyone thought it was a regular homemade cake. But when one friend challenged me – “you say it’s Paleo, but it’s still got tons of calories, I bet!” – I had to explain that, sure, it’s still cake. I don’t eat this every day. But the point of a Paleo cake is that you can make better choices, even when you are treating yourself. 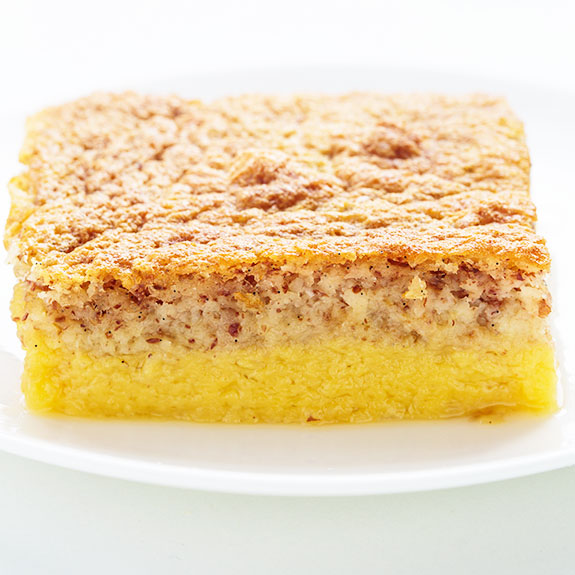 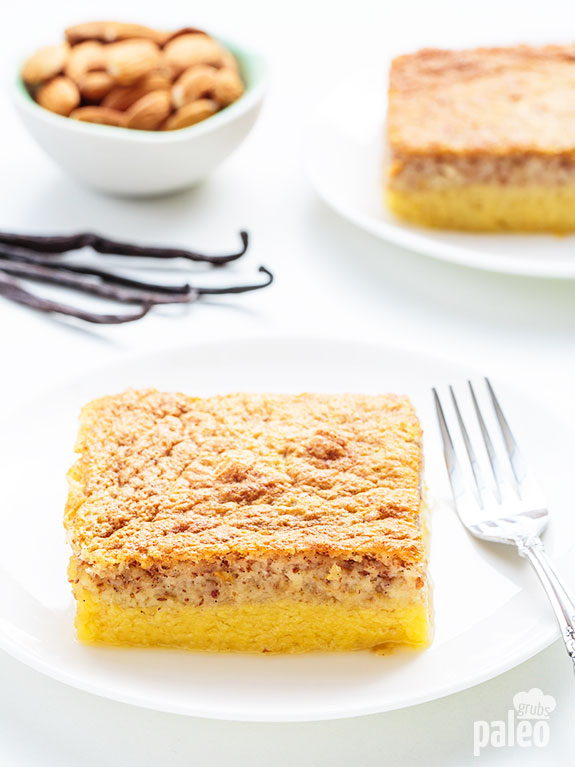 So here’s how it works…the sweetness comes from honey, not refined sugar, so we’re already one step ahead of the game. Honey is still sugar, so it’s not like you want to go eating it all the time, but if you need a little treat, and can find recipes with honey instead of sugar, it’s definitely preferable.

First of all, and important for Paleo eaters, honey metabolizes more slowly than raw sugar. And, there’s evidence that honey is a natural antibiotic and has probiotics and can help with seasonal allergies. All of these things make it a better choice than regular sugar. And by the way, it doesn’t really matter if your honey is raw or pasteurized, so grab the one that’s right for you. 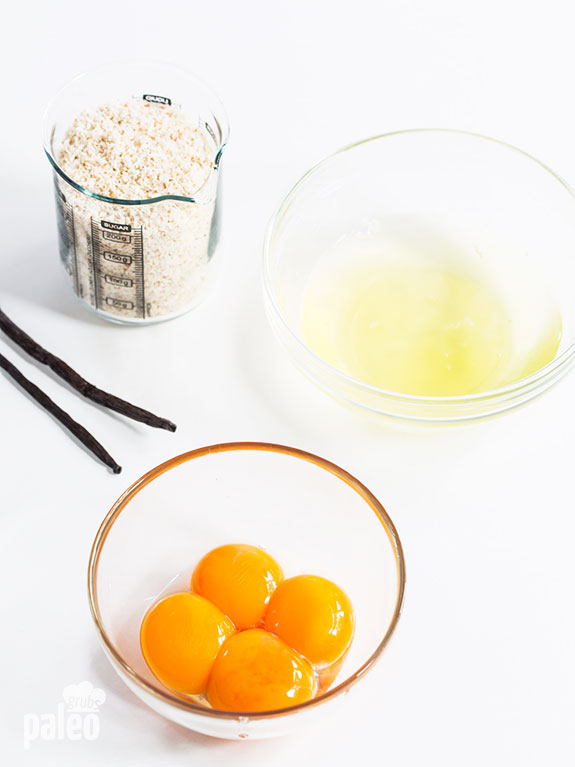 Another thing that makes this cake Paleo-friendly is that regular flour is exchanged for almond and arrowroot flour. I’m assuming everyone knows what almonds are, but some of you may be curious about arrowroot. Arrowroot sort of looks like a white carrot in its whole state. It can be eaten raw and in various stages of cooking: like a French fry or mashed up. In this case, it’s dried and ground into a flour. Arrowroot is grown mostly in the Caribbean area and used to be a major food staple for the indigenous people of the Caribbean area. It’s a starch, but just like honey metabolizes slower than sugar, arrowroot metabolizes more slowly than wheat flour. 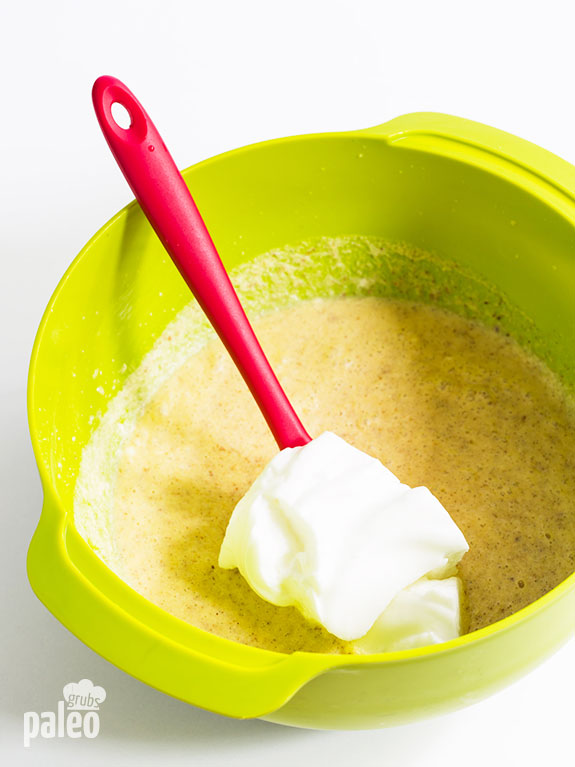 Most cakes call for cow’s milk as the wet part of the recipe. As most Paleo eaters know, humans didn’t keep animals like cows in the Paleolithic era so for this recipe we use almond milk and a touch of coconut oil, which also adds to the yummy flavor of this cake. 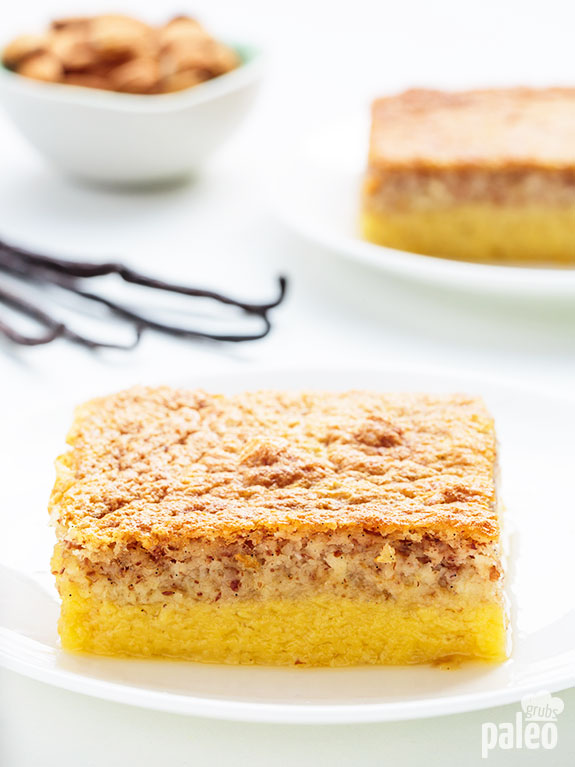 So, it’s really all about making better choices. We can’t realistically plan to never have anything sweet again or to eschew dessert every day of our lives (that’s cruel and unusual punishment if you ask me!) but if we can make those things a tad bit healthier, that’s a win, in my book.