Applesauce is a beloved side dish that can be served with just about any meal, sweet or savory, and can be used to add moisture and sweetness or baked goods. Try some of these paleo-friendly recipes for applesauce and for all the goodies that can be made with it.

1. Slow Cooker Spiced Pear Sauce
This apple and pear sauce is so creamy and smooth, you almost won’t believe it. I love the spicy flavors of star anise, cinnamon stick, and vanilla bean making this sauce a gourmet mile away from store-bought plain applesauce. And you don’t even need an added sweetener because the pears are so naturally sweet! 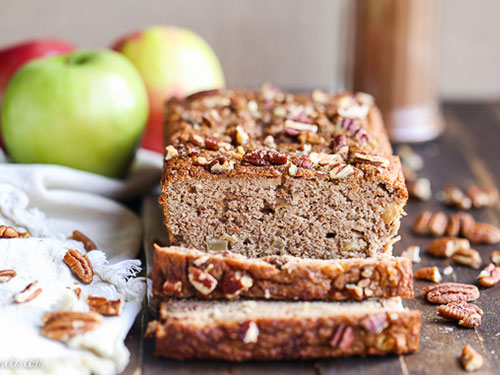 2. Paleo Apple Cinnamon Bread
Applesauce is one of the main ingredients in this paleo quickbread, giving it a naturally sweet flavor and so much moisture you won’t be able to get enough of it. Creamy almond butter also adds lots of protein, so your only flour is a little bit of coconut flour.

3. Homemade Cinnamon Applesauce
This unsweetened homemade applesauce has more of a classic flavor from just apples and cinnamon. Fuji apples are the perfect apple to use and they’re the one called for in this recipe, because they’re sweet and they cook down easily into a creamy sauce.

4. Real Raspberry Applesauce Gelatin
This homemade snack is a perfect alternative to corn syrup sweetened Technicolor Jell-O. And your kids will love it! This version is made with fruit juice or water, grass-fed gelatin powder, frozen raspberries, and plain unsweetened applesauce—homemade would be most delicious.

5. Slow Cooker Green Applesauce
No, this applesauce isn’t green. But it is made from green apples! The green apples give this sauce a naturally tart flavor, and since its unsweetened, you get to appreciate than natural flavor along with a hint of cinnamon (optional) and some lemon juice to help preserve the color. 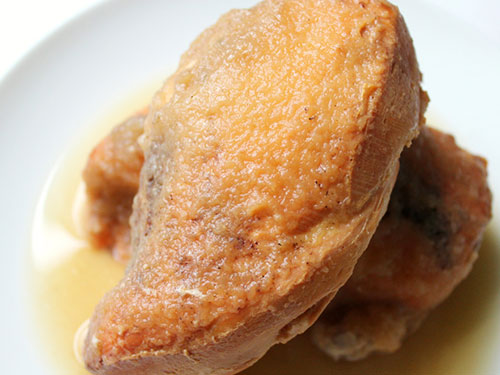 6. Slow Cooker Applesauce Chicken
I love my slow cooker and never miss an opportunity to use it, so I really love this sweet and savory applesauce chicken. It’s made in your Crock Pot with chicken breasts, unsweetened applesauce, onion powder, garlic powder, black pepper, and a bit of cinnamon. So yummy and definitely a hit with the kids.

7. A Healthier Applesauce
If you like your applesauce sweet, but you want a healthier version than store-bought sweetened applesauce, try this one made with Granny Smith apples, Grade B maple syrup (richer in minerals than Grade A), a cinnamon stick, and a sprinkle of ground cinnamon for serving.

8. Three Ingredient Crock Pot Applesauce
If you want to make your applesauce in the slow cooker, you’ll end up with an amazingly flavored sauce from all that slow cooking. The deep flavors are perfect! For this recipe, all you need is coconut oil, a cinnamon stick, and sweet baking apples.

9. Apple Pie Ice Cream
Made with a combination of coconut milk and homemade crock pot applesauce (recipe included, or you could use your own), this sweet and creamy ice cream is totally paleo and totally awesome. It’s sweetened with just a touch of maple syrup and a pinch of sea salt brings out the flavors beautifully. 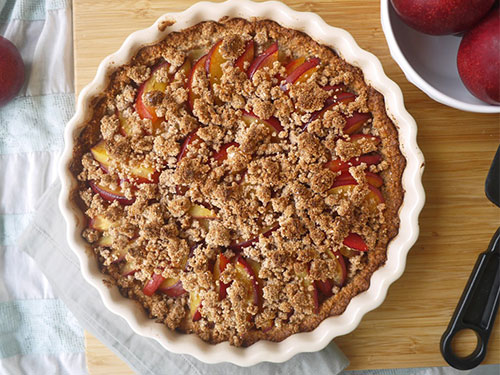 10. Dutch Plum Tart
This awesome tart is filled with applesauce and made with a crust of golden flaxseeds, almond flour, maple syrup, and seasonings. Personally, my favorite part is the streusel topping made from cinnamon, coconut butter, and more sticky, sweet maple syrup.

11. Slow Cooker Honey Vanilla Applesauce
I’m one of those people that would throw vanilla into just about any sweet dish, so I love that it’s included in this applesauce recipe along with honey and some salt to boost the natural sweetness of the apples. This applesauce is a bit fancier than the plain version!

12. Applesauce Waffle
Made with eggs and chunky homemade applesauce, this coconut flour waffle is grain free, healthy, and delicious. Ghee, vanilla, cinnamon, and nutmeg take charge of the flavorings, and you can top your waffle with coconut vanilla whip and toasted coconut flakes, cinnamon, and chopped nuts.

13. Grain Free Applesauce Pancakes
With eggs, applesauce, almond meal, vanilla, and maple syrup, these pancakes are naturally delicious and grain free without any weird texture issues or special methods. Just make sure your pan is at the right temperature and you’ll have a healthy breakfast in no time. 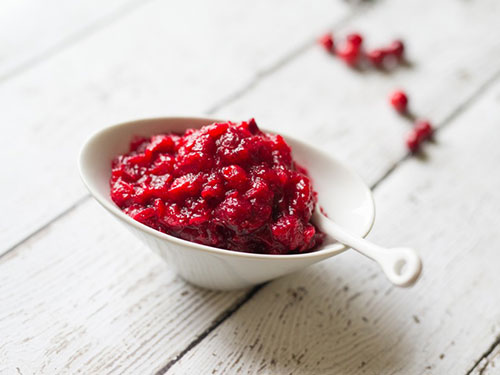 Photo: Paleo On A Budget

14. Cranberry Applesauce
This cranberry applesauce would be great for Thanksgiving, and it’s so easy to make. Imagine how tasty it would be as a replacement to that canned jelled cranberry sauce. This one only has three tablespoons of maple syrup as the sweetener.

15. Pork Chops and Applesauce
This page is both a recipe (or two recipes) and a serving suggestion. The homemade applesauce is so tasty served with pork chops seasoned with sea salt, black pepper, cinnamon, turmeric, ground cumin, coriander, cardamom, cloves, allspice, and cayenne pepper.

16. Homemade Raspberry Applesauce
Want to dress up your homemade applesauce? Try this version with raspberries! All you need is apples, fresh or frozen raspberries, lemon juice, and a few pinches of your favorite spices like cinnamon or ginger. Id’ probably add half of a scraped vanilla bean. Yum.

17. Curried Applesauce
Finally, a savory-spicy applesauce like none you’ve had before. This curried applesauce is made with garlic and onion powders, turmeric, paprika, garam masala, cinnamon, and lemon juice. Try serving it alongside meats or vegetables!