I’ll admit that I had no idea what Lamingtons were when I first set out on this recipe. But then I learned that they are an Australian food, so I gave my American brain a break for not knowing. And now that I do know, I’m so happy to share these little bites of love with you! 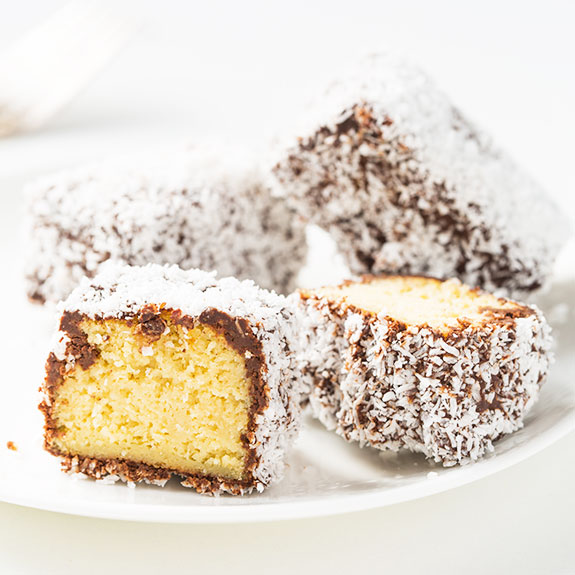 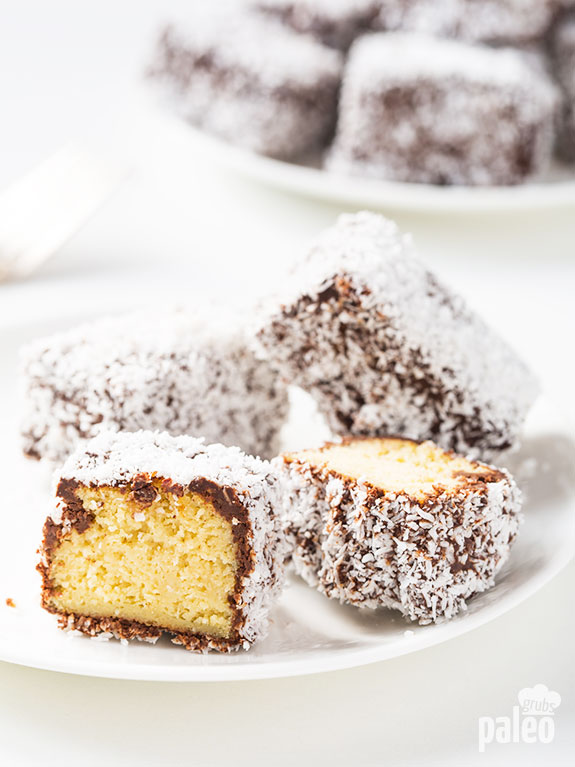 Lamingtons are cake, rolled in chocolate, and covered in coconut flakes. Sounds pretty good, right? Well they are pretty good and now you can try them out and still stick to your Paleo lifestyle.

We’ve made a few changes to a standard cake recipe in order to make these Lamingtons Paleo. The first step was replacing the wheat flour with coconut flour. You can find coconut flour in the health food aisle of most major groceries stores these days or if you’re in a health food store, look for it with the other flours in the baking area. We also replaced the sugar in the cake with honey and I promise you won’t know the difference. 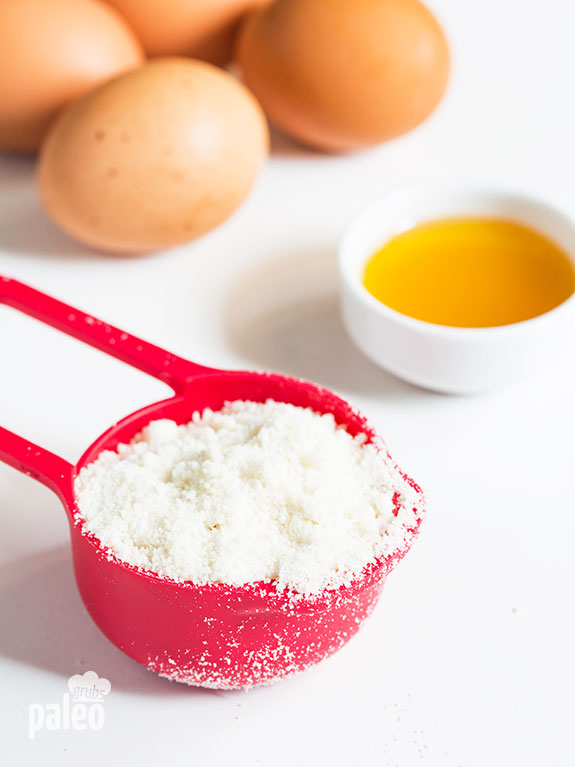 As my Lamington cake was baking, I wondered where their name came from. My first guess was that they were named after little furry lambs because the coconut flakes do make them look that way. But I took to the internet and learned that they are actually named for a late-nineteenth century governor of Queensland, in Australia, Lord Lamington. I wish I had a cake named after me!

The traditional icing for a Lamington is a chocolate glaze. We’re making this from scratch, the Paleo way. Instead of store-bought chocolate icing, which is packed with unnecessary sugar, we’re using honey, coconut oil, and cacao powder, a more raw form of chocolate, to make our icing. I actually prefer this chocolate frosting to store-bought because it’s darker and richer and not overly sweet.

One tip: make sure your cake is honestly totally really cooled all the way when you cut it. The slightest amount of warmth still in your cake will make the icing run right off of it. That’s not because it’s Paleo – you’ll know if you’ve ever made a cake, that’s true for all cakes! When the cake is all the way at room temperature, then it’s time for the frosting.

After you’ve given the cake bites a nice chocolate bath, roll them in the coconut and set the pieces aside to set…if you can. I’m woman enough to admit that I popped the first one right into my mouth!

But I saved enough that when I served coffee and my Lamingtons after dinner with friends, there were more than enough to go around, which was good, because they were a big hit. I like to surprise my friends by making things that they won’t think are Paleo – and this was another success. There’s no way to tell that you’ve used coconut flour and honey and cacao powder instead of the traditional ingredients – the taste and texture are just what you want! 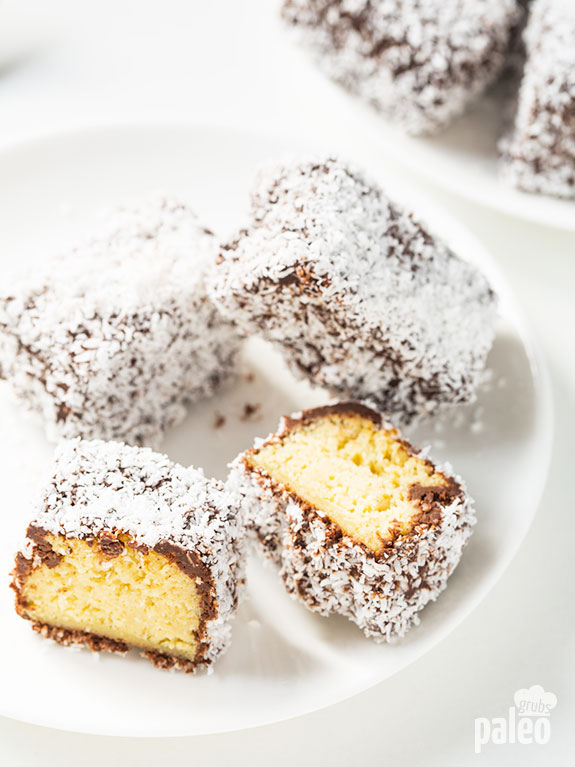 So the next time you’re looking for a tasty cake bite (goes great with tea in the afternoon, by the way), I highly suggest you try out these Paleo Lamingtons!