Salt has perhaps one of the most interesting histories of all the possible seasonings available to us in the modern age. Salt was in fact one of the most sacred and precious trading commodities at one time. In Roman times a soldier was partially paid in salt and if he was deemed a poor soldier he was ‘not worth his salt’ and his salary was cut (1). Much of the world’s exploration came about through salt routes and the great wealth of Venice was built as a result of the essential mineral. To fully delve into how salt shaped civilizations would require an entirely new article. 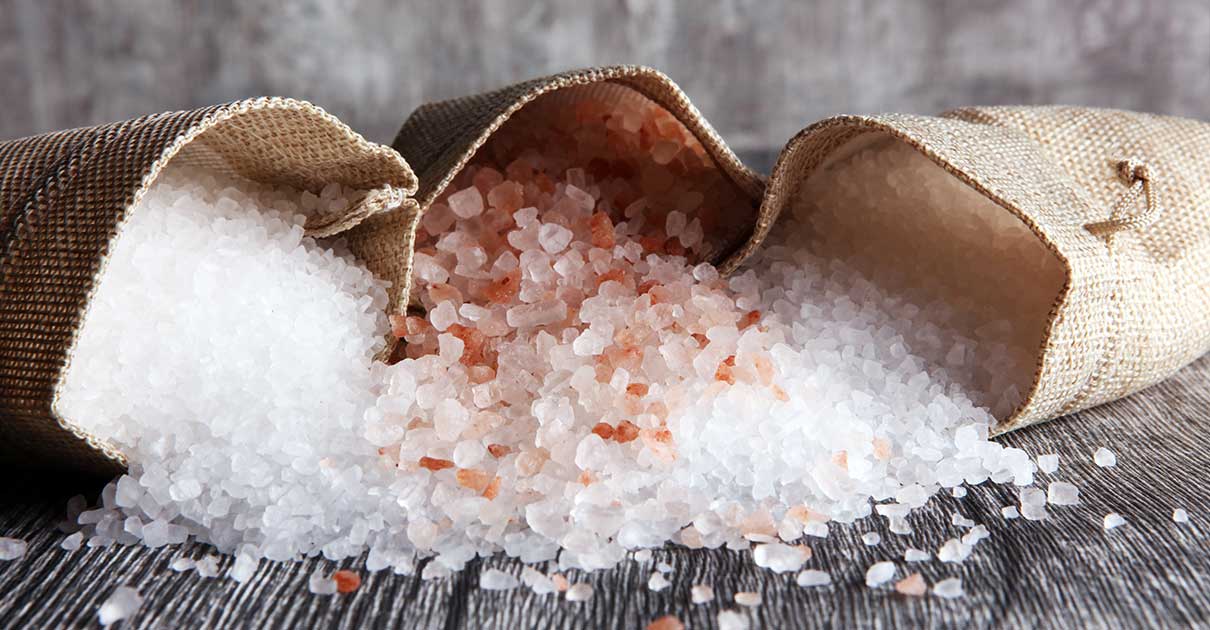 Unfortunately in today’s modern age salt has been blamed for a multitude of health problems.

What exactly is salt?

Well salt as we know it is a mineral made of two different elements, sodium (Na) and chlorine (Cl). In the human body as well as in animals this mineral is essential for survival. For this reason animals still seek out natural salt licks and farm animals are given salt as a supplement

Fast-forward to today and salt is no longer just salt. We’ve complicated matters. You can choose from sea salt, Kosher salt, Himalayan salt or regular table salt to just name a few. Is there any merit in different types of salt? Or is salt just salt.

In terms of taste and texture, sea salt is generally made of bigger salt crystals, which may mean that you add more to your food than when you use refined salt. Depending on where your sea salt is from it is likely to contain unique flavours and minerals, which could be lost during the cooking process.

Claim to culinary fame: Sea salt is normally more pricey than other salts so reserve the flavour by adding it to dishes on serving or at the table to your own plate.

NOTE: The trace amounts of pollutants are really nothing to worry about, as you will be using such a small amount of salt. For it to be a problem you would have to be ingesting extremely large amounts of salt, which is impossible.

Kosher salt has religious origins. In the Jewish faith, Kosher meat is made by removing all the surface blood. In order to do this the Kosher salt is utilized to absorb the blood. There is no real difference between Kosher salt and regular salt, only that the salt flakes may be slightly larger and the Kosher salt is normally free from added iodine and additives like anti-caking agents.

Claim to culinary fame: The larger flakes of salt hold onto much more moisture in comparison to other salts so use this salt especially when a recipe calls for it or for salting meat before cooking. It will help keep any cut of meat far more juicy and tender.

Firstly when it comes to the sodium content of each salt they are the same gram for gram, so no winners there.

Secondly both sea salt and Kosher salt are the purer salts available so you will win in terms of not ingesting any unwelcome additives. However, what you will be missing out on (from table salt) is the Iodine supplementation, which is found in regular old table salt. For this reason it is best make sure you are still eating foods rich in iodine such as eggs, fish, dairy or even an external store bought iodine supplement. Iodine is important to prevent a deficiency, which can cause issues with your thyroid as well as other health problems (2).

Thirdly, there may be some other mineral differences but they really are hardly worth mentioning as the amount of minerals in the salt that you add to your food is in such tiny amounts.

Finally, we’ve concluded salt really is salt and it’s all up to your culinary skills and preference when cooking your favorite Paleo meal.