Get to know my zucchini tortilla recipe and you’ll always have a quick and tasty meal for yourself or when entertaining guests. 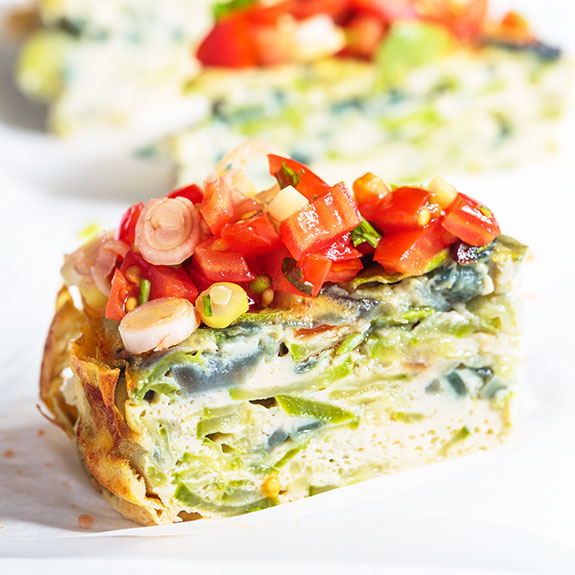 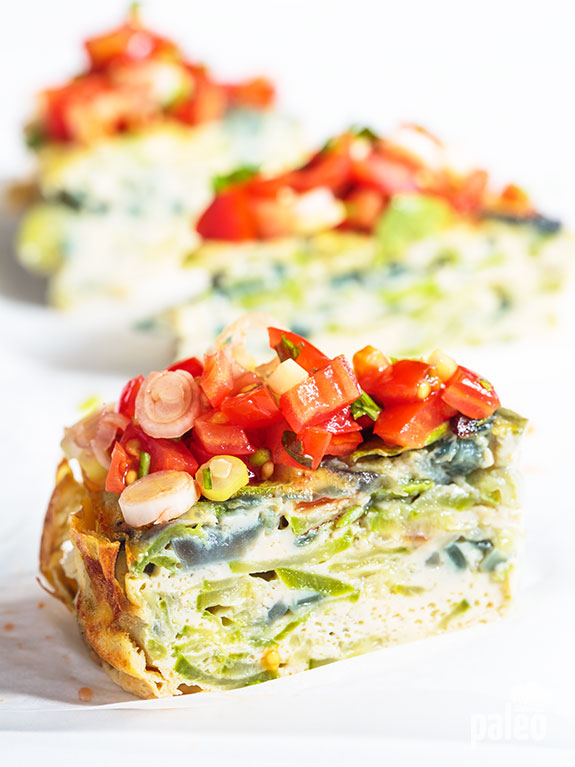 If you’re like me, the word “tortilla” immediately conjures up images of chips and salsa or maybe a giant burrito wrapped in a soft wheat tortilla. Of course, if it were that kind of tortilla, it wouldn’t jive with my Paleo diet. But this tortilla is entirely different: it’s a Spanish tortilla. 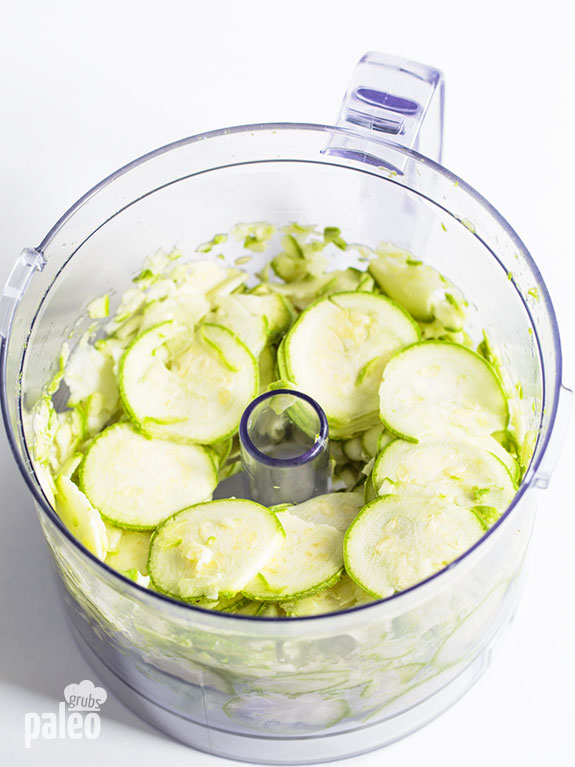 I make Spanish tortillas anytime I have guests overnight. It’s a great breakfast for a group and I like garnishing it with a side of fresh mixed berries. I like serving it for guests because I can keep Paleo and if my guests aren’t quite as excited about that, I can make them toast or a muffin to eat long with it. 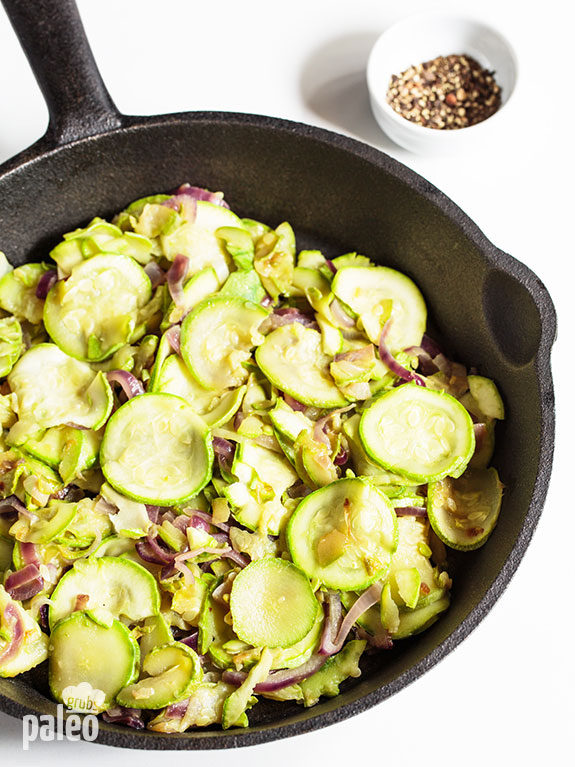 Although just about anything can go in a tortilla, I stick to whatever veggies and herbs the local farmers market has a lot of that week. Since it’s the beginning of fall, zucchini are in abundance right now in my area. I love zucchini, with its mild earthy flavor, because it is really versatile: as a warm side dish at dinner, raw in salads at lunch, or cooked like it is here with eggs.

Zucchini, otherwise known as summer squash or courgettes, come in a lot of sizes and shapes, but the most common in the United States are the long slender variety that come in green or yellow. I like using a mix of both for the visual, but using all yellow or all green is good too! 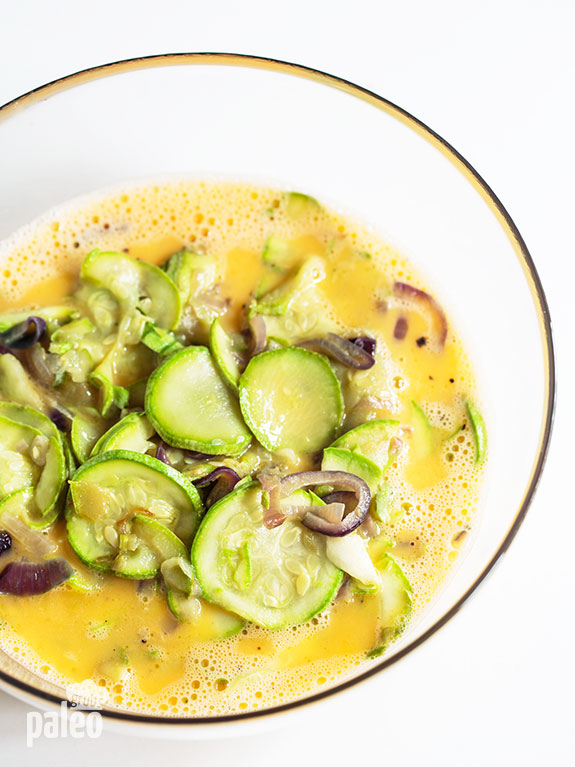 One of the reasons I like using zucchini is that they have such a mild flavor that they can adapt to nearly any dish. As a bonus, they have one of the lowest calorie counts of any vegetable out there (and that’s really saying something since most veggies are pretty low already!) and make sure you keep the skin on because it becomes nice and soft when cooked and it’s packed with fiber.

So in the late summer and early fall I love bulking up my dishes with zucchini and of course another favorite – onions. Did you know that onions are actually considered to be an herb? They layers of the onion are actually leaves. And boy do they taste yummy. Additionally, they boost the vitamin C and antioxidant levels that the zucchini brings to the party. 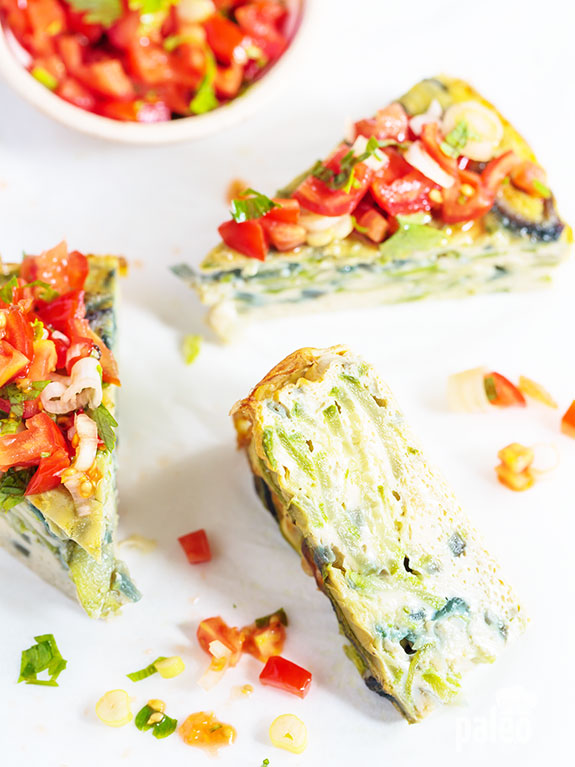 Could you make scrambled eggs with sautéed onions and zucchini? Sure. But let me tell you how much more impressive (and not that much more difficult) it is to make this Spanish tortilla. It’s hearty and satisfying and makes you look like a kitchen genius. What could be better?