There are some meals that just aren’t finished without a side of carbs. How can you have a burger without fries (my solution? Baked sweet potato fries!)? Or Thanksgiving dinner without mashed potatoes (try cauliflower mash instead)? And then there’s my personal favorite: a bowl of soup with a big hunk of bread. I was totally on board with sweet potatoes in a variety of styles and mashed cauliflower to substitute for all of my potato-esque cravings when I started Paleo. But I really missed my bread with my soup. Soup just isn’t a full meal without bread, if you ask me. So I started exploring possibilities and this recipe for Zucchini muffins has become one of my favorite solutions. 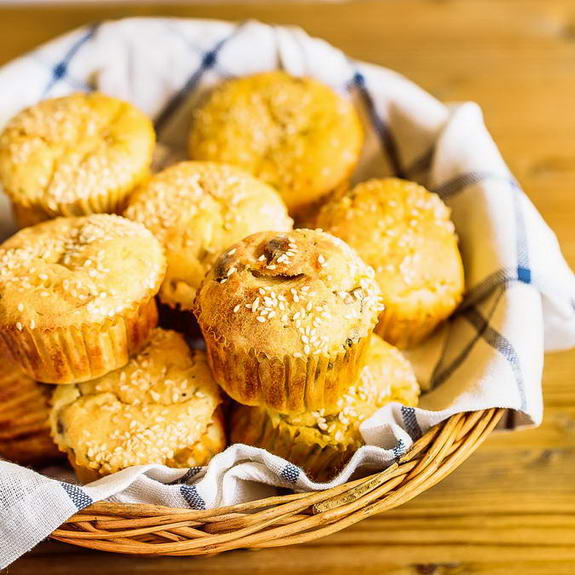 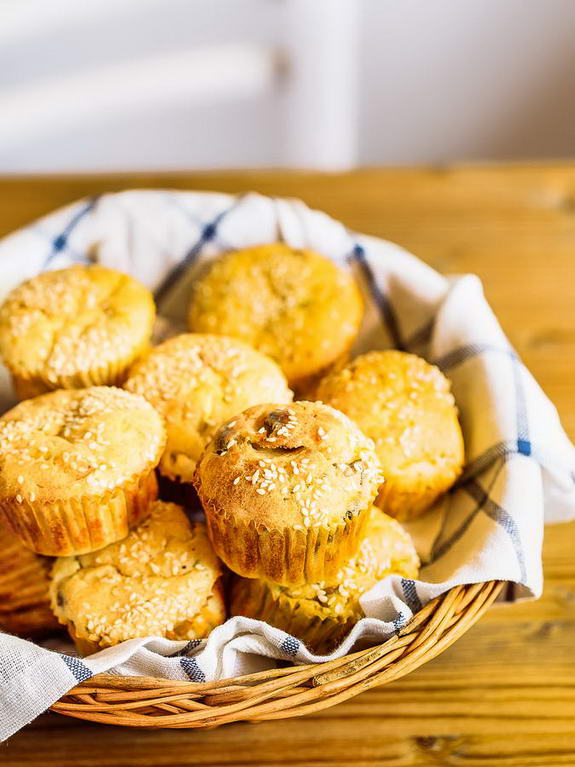 I’ve had sweet zucchini muffins previously; they are very similar to banana or carrot breads. But these are savory zucchini muffins. They’re lower in sugar than their sweet counterparts, and they also have a few other veggies tucked into them to add to the nutritional value and the complexity of flavor in the muffin. 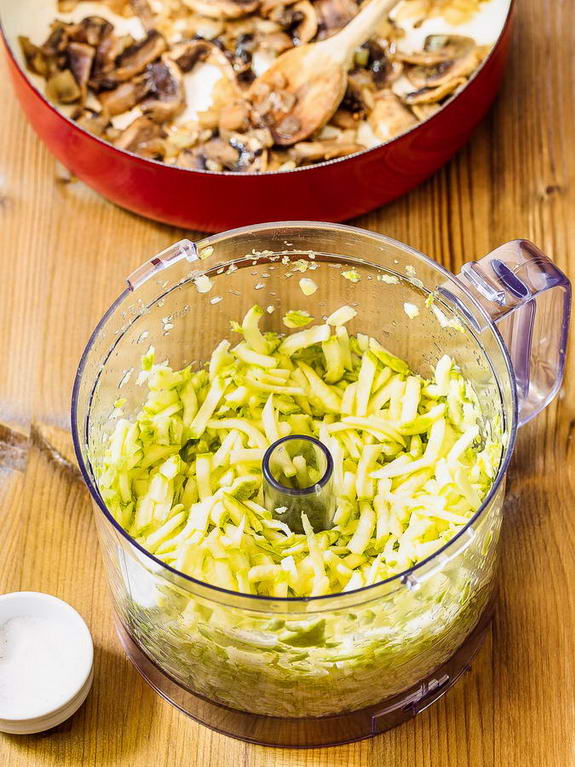 These zucchini muffins solve my “bread with soup” quandary in more than one way: not only do they satisfy my craving for bread, I think they don’t even need any of the butter I used to slather on a chunk of French bread. Not all Paleo eaters forgo butter, and many of us substitute butter with ghee (clarified butter) when we do use it, but if you prefer your Paleo diet without butter, these muffins are also a great choice for you because they are moist and flavorful all on their own. 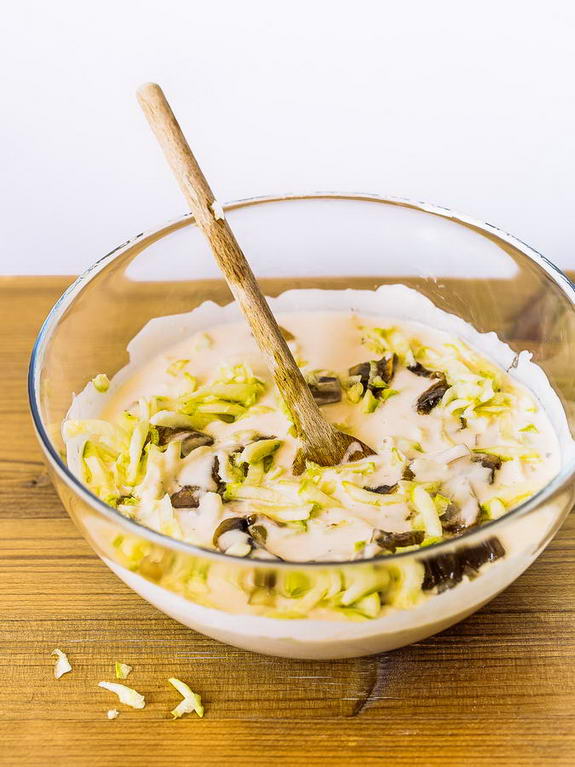 These muffins highlight something that I think is key to understanding and succeeding with Paleo: Paleo is really all about finding new, nutritionally packed ways to fill your belly. The key to adapting to a Paleo diet and being able to stay on it is that you can’t feel limited. Before Paleo, “diets” would always leave me feeling like there were whole categories of food that were forbidden. For instance, whenever I tried low-fat diets, I knew I had to skip things like ice cream and cake and stuff like that. But it always just seemed wrong to me (and cruel, to boot) that I couldn’t eat avocado. 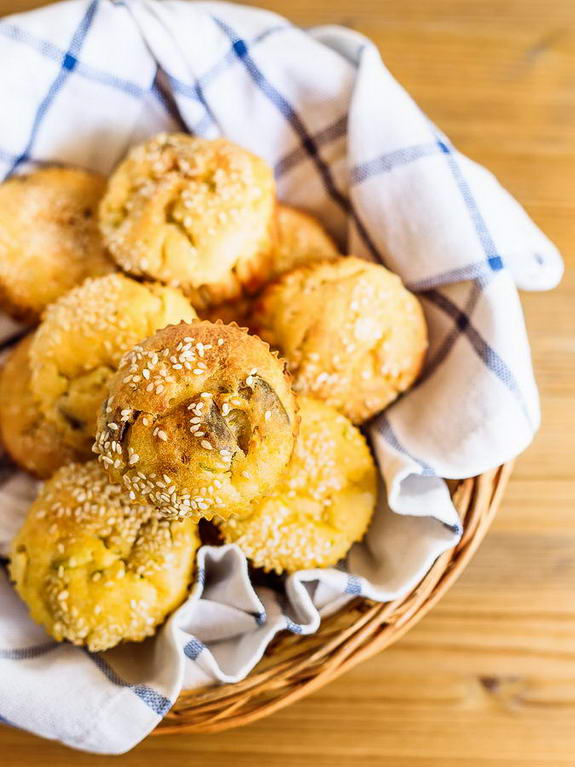 Although Paleo ends up being lower in carbs than most average Americans eat, it’s not a “low-carb diet” like the ones that forbid any kind of carbs almost all the time. Those diets left me craving…well, any carbs I could get my hands on. Since the overarching ideology behind Paleo is eating foods that have been around for millennia (and I don’t mean foods in cans that can last a millennium!), you can have carbs like sweet potatoes and flours made from things like almonds and coconuts and from those basic carbs, you can create substitutes for just about any of your favorite processed carb foods. Can’t eat a burger without a side of French fries? Try substituting baked sweet potato fries. Does the idea of a Thanksgiving dinner without mashed potatoes make you want to cry? Make yourself a big heaping pile of mashed cauliflower instead. It’s all about learning how to make and enjoy these new ways (which are really old ways, if you think about it!) of doing things. 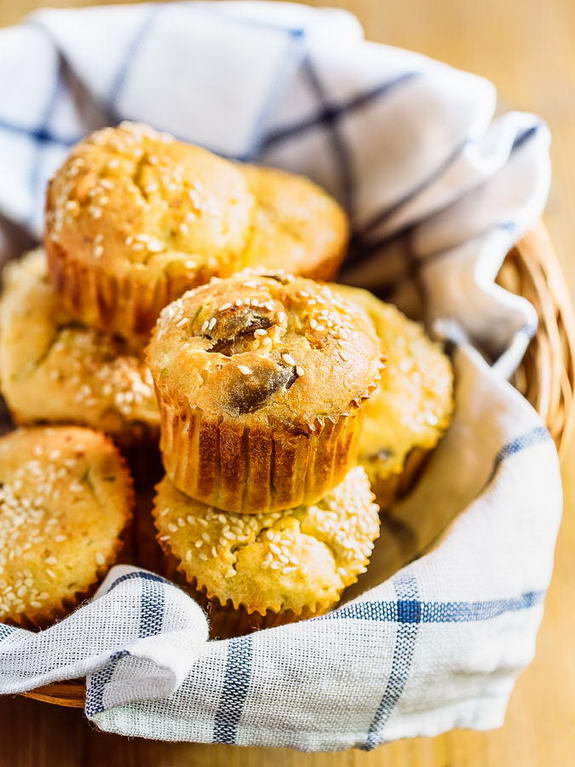 So now my soup doesn’t feel lonely when I ladle up a big bowlful. I’ve got my savory zucchini muffins to accompany it. And now instead of the nutritionally empty carb-calories of something like white bread, I have a nutrient-packed, super flavorful and delicious side-arm to keep me satisfied and on track.

(Make this next: My Favorite Paleo Zucchini Bread)