Zucchini bread is one treat you don’t have to give up on Paleo, you simply have to learn a few recipes that get around the all-purpose flour and added sugar used in traditional recipes. No worries, Paleo cooks have been tinkering around in their respective kitchens and have come up with plenty of ways to get you the classic taste, as well as a few twists that will have you coming back for more. 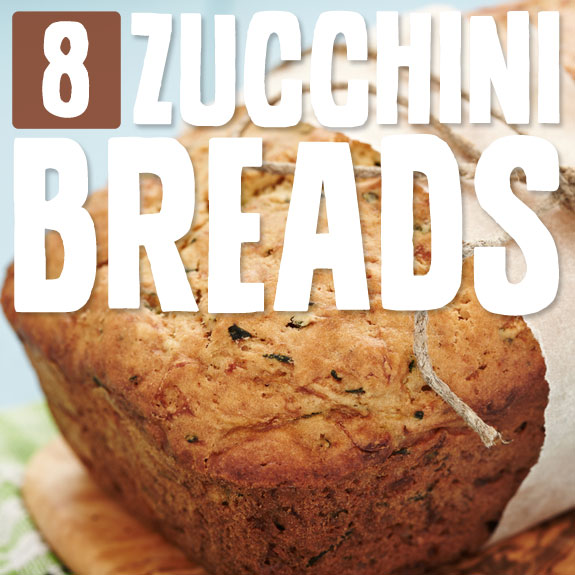 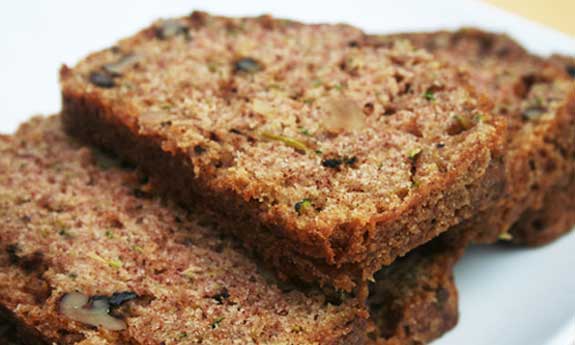 1. Coconut Flour Zucchini Bread
Here’s a recipe that produces a pretty classic zucchini bread, so if you’re looking for a more traditional version this is a good way to go. Items like cinnamon, nutmeg, and walnuts will all lend to a great tasting bread, but you’ll notice that they’re using coconut flour to give it the same texture and feel. Raw honey stands in as the sweetener, and you’ll see the attention to using pure ingredients because they are requesting that you use pasture-raised eggs. When eating Paleo you want to make sure that things are as natural as can be, and that means avoiding conventional products as much as possible.

2. Nutty Zucchini Bread
At first you might not realize where it gets the name ‘nutty’ in the title, as there aren’t any chopped nuts that go into this. Then you might see that they’re using almond flour instead of the general flour typically called for in most zucchini bread recipes. This is going to give the loaf a nice nutty flavor without the crunchiness that comes from using chopped up nuts. This is great for those that like nuts but don’t like to crunch them up, those that used to choose creamy peanut butter over crunchy – back when peanut butter was OK to eat.

3. Paleo Zucchini Bread
This is a pretty standard offering, but there are a few interesting parts to this recipe worth noting. First she’s using medjool dates in place of raisins, so you’re going to get a similar flavor and texture, but with additional health benefits and added fiber. She’s using a mix of both almond flour and coconut flour, so you’re going to end up with a bread that is a bit light and airy from the coconut flour, and also dense with a nutty flavor from the almond flour. There’s also coconut oil used here, which is going to give this even more flavor as well as healthy fats. 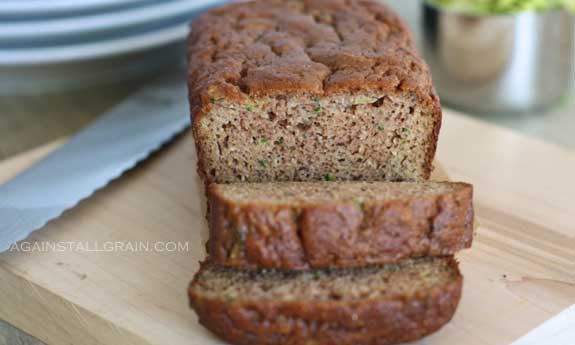 Photo: Against All Grain

4. Almond Flour Zucchini Bread
By using almond flour you’re going to end up with a thicker bread than you might be used to, but at the same time you won’t feel weighed down after you eat it. This bread has plenty of good things for you in it, including a banana so you’ll get extra fiber and potassium as well as additional vitamins and minerals. Perhaps the biggest difference between this and ordinary zucchini bread is that it uses different flour, which makes a big difference in how your body processes it.

5. Paleo Zucchini Bread with Ginger and Golden Raisins
Everything that makes this zucchini bread special is in the title. It’s using ginger, which you generally won’t find in most zucchini bread recipes, and it’s opting for golden raisins instead of regular raisins. So you end up with both a different looking zucchini bread, as well as a slightly different taste to it as well. What’s nice is that ginger consistently ranks as one of the healthier foods you can eat, and is definitely a Paleo-approved food. All of the other ingredients are all Paleo inspired, so you can enjoy this with no guilt at all.

6. Cherry-Zucchini Paleo Banana Bread
This zucchini bread has a lot going on. First, it’s not content to just be zucchini bread, it has a sort of identity crisis and it thinks its banana bread too. Now, you may not have ever thought that zucchini and banana go together, so you might still be trying to wrap your head around the addition of cherries as well. But somehow they all go together great, and you end up getting a triple dose of nutrition, because cherries are known for having antioxidants, zucchini is a healthy vegetable, and bananas are notorious for their potassium levels. Coconut flour is also used, adding yet another flavor to the overall profile. 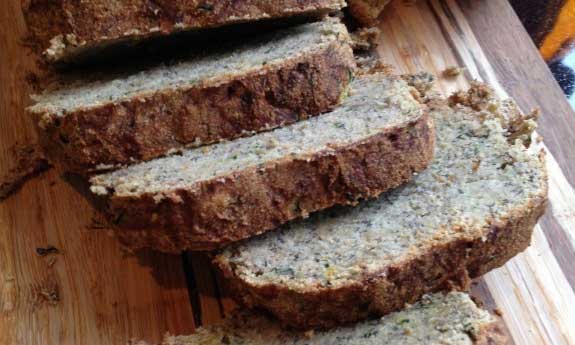 7. Banana Zucchini Bread
Last in our lineup is a bread that incorporates the best aspects of both banana bread and zucchini bread and merges it into one. We didn’t know whether this was better suited to our list of Paleo banana breads, or if it needed to be on our zucchini bread list, and the final verdict was that it’s more zucchini than banana. So here it is, if it ever occurs that you can’t make up your mind on whether to make a banana bread, or a zucchini bread, like you happen to have both on hand and need to use them up, go with this recipe.

8. This Zucchini Bread is So Good
We did our best to bring you zucchini breads that add a hint of something extra to the mix, and this one delivers. When you’re making it it seems like it’s going to be a pretty standard recipe, but then you’ll notice an ingredient that seems a little out of place. They’re using pumpkin pie spice mix to give this the flavor of a pumpkin pie, but using zucchini in order to keep it in the realm of zucchini bread. If you’re a zucchini bread purist you might want to pass on this one, but if you like trying new things you’ve got to get on board with this.