Personally, I think vanilla is an underrated flavor. Sometimes I worry that it’s almost synonymous with “plain” when compared with rich, decadent chocolate. But really, vanilla is a star flavor all on its own. But it’s all in how you introduce it. These paleo vanilla recipes are for ice creams, cakes, nut butters, shakes, and syrups, and all of them feature vanilla either as a main flavor or as a delicious accompaniment that can’t be missed. So forget chocolate for a minute and get your vanilla on, folks.

1. Vanilla Bean Almond Pecan Butter
A few months ago, a friend from Texas brought me a giant bag of his family’s pecans. I knew exactly what to do with them: I made jar after jar of this amazing stuff. You’ll need pecans, almonds, vanilla beans, and optional coconut oil (you could also add some gently warmed maple syrup). 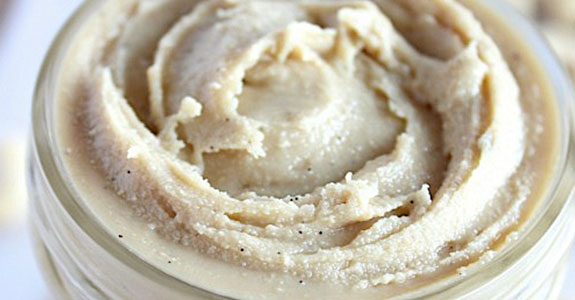 2. Salted Vanilla Cashew Butter
Yes, another nut butter right off the bat. Whenever I eat this vanilla cashew butter, I basically feel like I’m eating frosting. This stuff is so good that most of the time, I just eat it straight off a spoon. It’s also good added to smoothies or a hot almond milk latte.

4. Paleo Vanilla Cupcakes With Rich Chocolate Ganache
These amazing cupcakes are great for birthday celebrations! They’re sweetened with coconut sugar and made rich with full fat coconut milk. Almond and tapioca flours make the base, and the rich chocolate ganache is made from cashew butter, coconut milk, vanilla, and melted chocolate. 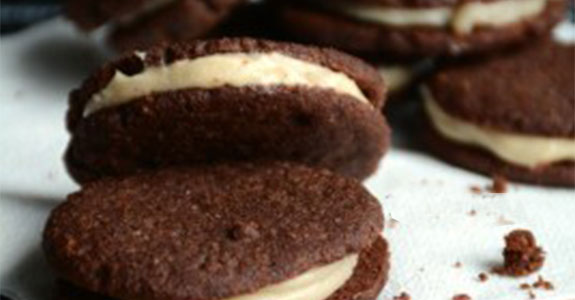 6. Paleo Oreo Cookie
This yummy treat is two chocolate cookies sandwiched with a delicious vanilla cream filling. The filling is rich and buttery (it calls for goat milk butter but you could easily use cow’s butter or palm shortening if it’s easier for you). I’d love two of these will a tall glass of ice cold almond milk.

8. Creamy Vanilla Almond Coconut Milkshake
This super-creamy milkshake is made with coconut milk, almond butter, bananas, dates, vanilla extract, and ice cubes. It really is that simple! And yet, it’s super rich and creamy. This is going to become your new favorite easy vanilla shake recipe.

9. Vanilla Bean Glazed Honey Cake Donuts
Everyone needs a good donut every now and then, even paleo eaters. This recipe holds just the ticket, with almond flour and tapioca starch, sea salt, honey, melted butter, vanilla extract and a glaze made from honey-sweetened coconut butter, vanilla, and lemon juice. 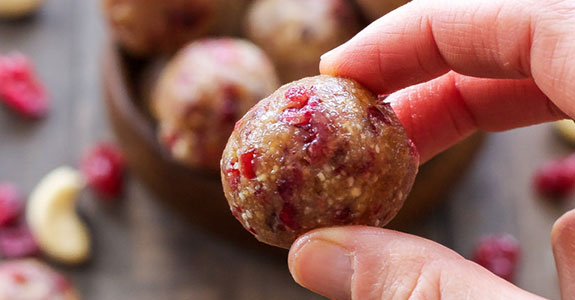 10. Cranberry Vanilla Energy Bites
These energy bites are perfect for popping before or after a workout, or keeping in your bag for occasional snacking when you’re out and the hunger hits (especially if you have children). Make them with cashews, almond meal, dried cranberries, dates, and vanilla,

11. Vanilla Bean Blondies
Look at how chewy, dense, and moist these blondies are. And so easy to make! You’ll need lots of vanilla bean, some coconut sugar, coconut flour, eggs, coconut butter, maple syrup, and a handful of other simple ingredients. Then you can put these in your mouth.

12. Honey Vanilla Paleo Birthday Cake
We love chocolate in my house, but we also have a special appreciation for vanilla. It’s my husband’s favorite flavor of just about anything, including birthday cake. I’ve made this cake before, and it’s delicious! It has a rich vanilla flavor with hints of honey. 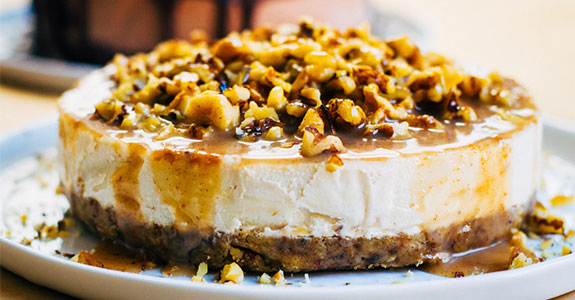 14. Vanilla Bean Cheesecake
This recipe also contains a chocolate spiced cheesecake, but we’ll focus on the vanilla one for now. It has an awesome walnut-date base and a rich vanilla filling sweetened with maple syrup and made from soaked cashews. I love the gooey vanilla walnut toppings!

15. Paleo Caramel Sauce
Everyone needs a good caramel recipe tucked into the back of their recipe card drawer (doesn’t everyone have one of these?). This one is perfect for topping everything from ice cream to apples, and it has a lovely vanilla flavor from vanilla beans.

16. Stone Fruit Salad With Honey Vanilla Syrup
This stone fruit salad is elegant with peaches, nectarines, plums, grapes, and finely sliced mint leaves. Top it off with a honey vanilla syrup with just three ingredients: honey, hot water, and vanilla extract! You could also scrape an inch of vanilla bean seeds into it.

17. Pineapple Spiced Upside Down Cake
The secret to this spiced vanilla cake and its gooey pineapple topping is actually paleo mayonnaise! The mayo makes it rich and moist, and you can’t taste it underneath all the vanilla, honey, cinnamon, cardamom, ginger, nutmeg, and pineapple. 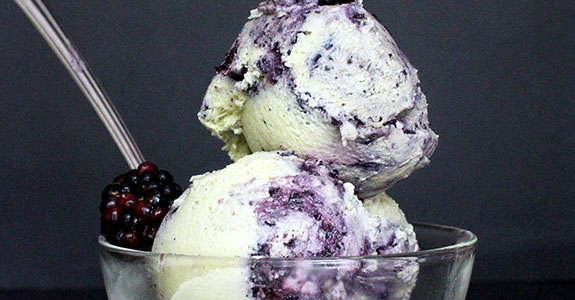 18. Raw Vegan Blueberry Vanilla Ice Cream
Suitable for many different healthy diets, this creamy ice cream is dairy free and made from a vanilla base with a blueberry swirl. The vanilla base has soaked cashews, avocado, non-dairy milk, vanilla, and coconut nectar to make it creamy and sweet.

19. Paleo Cherry Vanilla Ice Cream
I’m a huge ice cream fan. It’s pretty much one of my favorite desserts. Cherry vanilla happens to be one of my favorite flavors, so I love this dairy-free recipe with coconut milk, maple syrup, salt, and thawed frozen cherries. It’s easy and done in minutes with an ice cream maker.

20. Paleo Vanilla Custard Tarts
You know those crazy-shiny rainbow fruit tarts in the bakery section of specialty grocery stores? This paleo version is even better than those, and it’s much healthier. It’s made with a banana-sweetened coconut milk custard and whatever fruits you want on top.

21. Strawberry Vanilla Cupcakes
Strawberry vanilla is another favorite flavor combination of mine, and it’s perfectly realized in this strawberry vanilla cupcake recipe made from ground almonds, fresh strawberries, vanilla powder, coconut sure, and coconut oil. The frosting is mainly soaked cashews, so it’s rich and creamy. 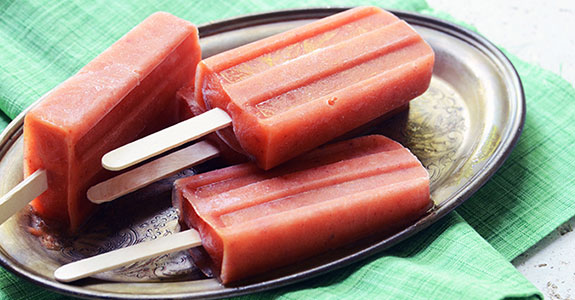 22. 3 Ingredient Vanilla Peach Popsicles
Living in a hot climate, I rely on popsicles often for most of the year to keep cool and hydrated. This simple recipe is delicious, with ripe peaches, pure vanilla extract, and sea salt. The sea salt and vanilla really work to bring the peachy flavor out while adding their own twist.

24. Ginger and Vanilla Bean Apricot Compote
Delicious served over paleo ice cream or coconut yogurt, this apricot compote has a rich vanilla flavor from vanilla beans and is sweetened with raw coconut palm sugar. Fresh herbs (tarragon or basil) and ginger take the flavors to the next level of gourmet.

25. Paleo Vanilla Mug Cake
Mug cakes can be the secret to quickly satisfying your sweet tooth without baking an entire cake that’s going to sit around staring at you for several days afterward. This one is made with coconut flour, melted butter or ghee, maple syrup, vanilla, and non-dairy milk. 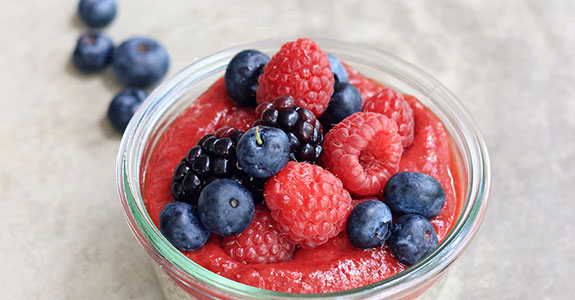 26. Vanilla Chia Pudding With Strawberry Puree
I love my chia puddings with fruit purees on top. It’s like that old “fruit on the bottom” yogurt except reversed and made healthier, plus it tastes way better anyway. You’ll make a yummy vanilla chia pudding base topped with maple-sweetened strawberry puree.

28. Banana Cream Pie Pops
These pops tastes like banana cream pie, and they have no added sugar. The only sweetener is bananas! Full fat coconut milk makes them rich and creamy, while vanilla extract adds a lovely complex flavor. I’d even consider scraping some vanilla bean into the mix, too, but I’m crazy.

29. Vanilla Cinnamon Almond Butter
Flavored nut butters really are the best, in my opinion. They can be made versatile, and a spoonful can satisfy your sweet tooth in a healthier way than cookies and cakes will. For this one, you’ll need ground vanilla, ground cinnamon, almonds, pecans, and salt. 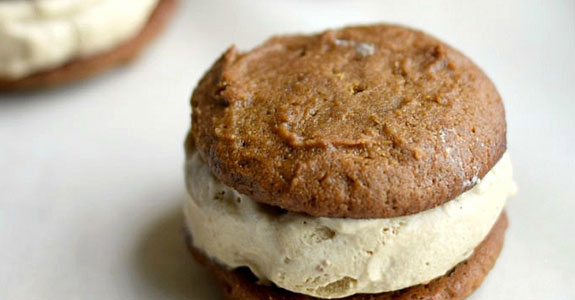 30. Vanilla Bean Ice Cream Cookie Sandiwches
These ice cream sandwiches will hit the spot on a hot day, and they’re made with delicious, real-food ingredients like coconut milk, molasses, maple syrup, and vanilla. Gelatin adds nutrients and helps stabilize the ice cream so it won’t melt too fast. Feel free to switch out the place.

31. Vanilla and Cinnamon Cashew Yogurt
While this isn’t true “yogurt” because it isn’t cultured with live bacteria, it’s still a healthy choice for breakfast or a snack that’s dairy-free and sweetened with dates. Vanilla powder and pink Himalayan salt give it a lovely flavor, while lemon juice simulates the tartness of yogurt.

32. Vanilla Almond Milk
Almond milk is my favorite dairy-free milk because it’s easy to make versions that are similar in thickness and creaminess to whole dairy milk, and the flavor is subtle but still yummy. I love this vanilla version as an extra treat, sweetened with dates. 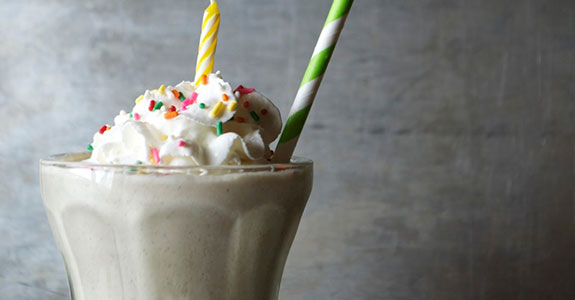 34. Vanilla Birthday Cake Smoothie
With cashew butter, ghee, maple syrup, maca, vanilla bean, and coconut milk, you know this smoothie/milkshake is going to have a deliciously cakey flavor and a frosting texture. For best experience, top with coconut whipped cream and paleo-friendly sprinkles.

35. Hazelnut Pancakes With Vanilla Bean Caramel
These pancakes are made with hazelnut flour, coconut flour, raw cacao powder, and cinnamon with coconut milk and local honey. What totally makes them, however (in my opinion), is the yummy paleo vanilla bean salted coconut caramel with ghee, coconut sugar, vanilla bean, and more.

36. Vanilla Almond Brownie
I love blondies, and this awesome vanilla almond version even has frosting! It’s made with almond flour and almond extract, so it has a flavor almost like marzipan, and a coconut-almond-vanilla frosting. If you don’t want to use agave in the frosting, you could use honey. 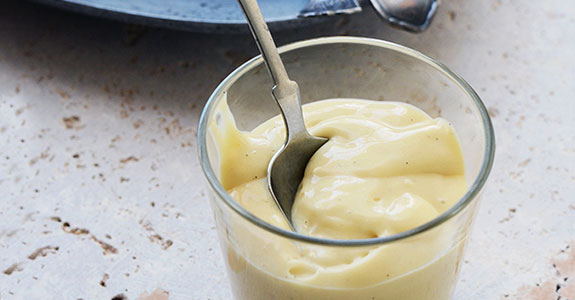