These vanilla cupcakes are anything but ordinary, and you’ll love just how rich and creamy the frosting tastes. Bake them up whenever you're having a bad day and watch things turn around. 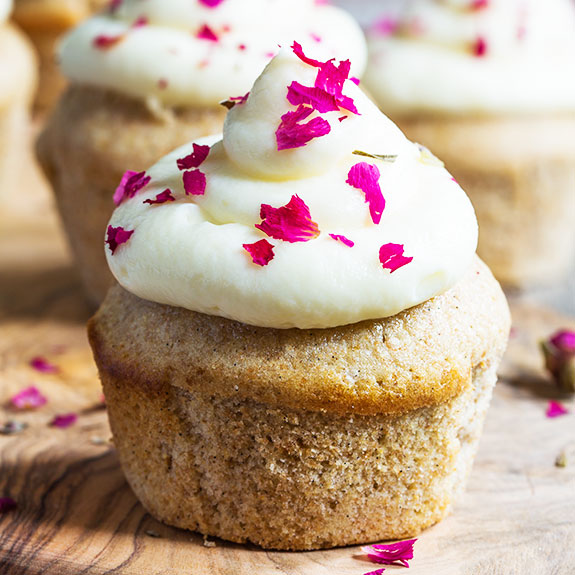 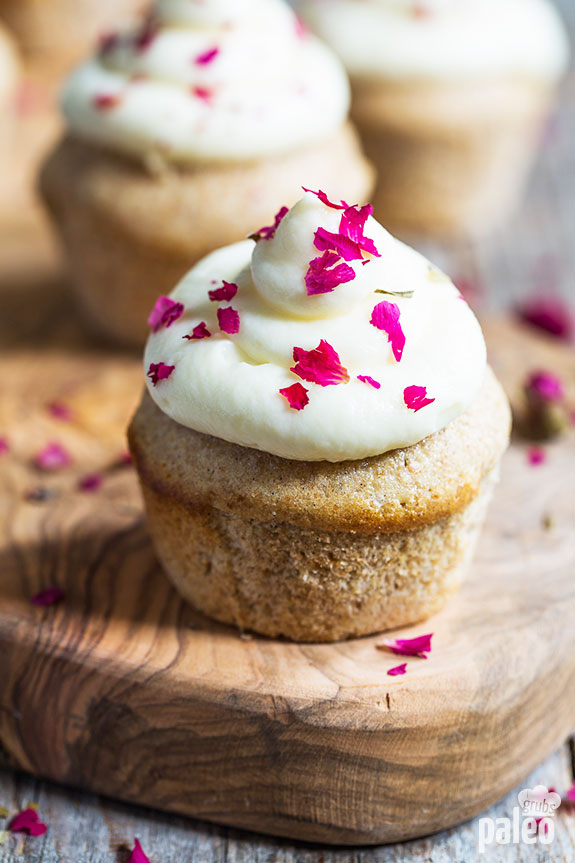 For many of life’s problems, cupcakes are the answer. Unfortunately, with most recipes, coping with cupcakes comes with the cost of a larger waistline. However, you can pick yourself up with these Paleo cupcakes because they’re made with ingredients that will work with your body instead of against it.

It’s always fun to take a recipe and tinker with it until you get it just right. Something like a vanilla cupcake can become a passion project with several trials and errors until you come up with just the right mix of ingredients. 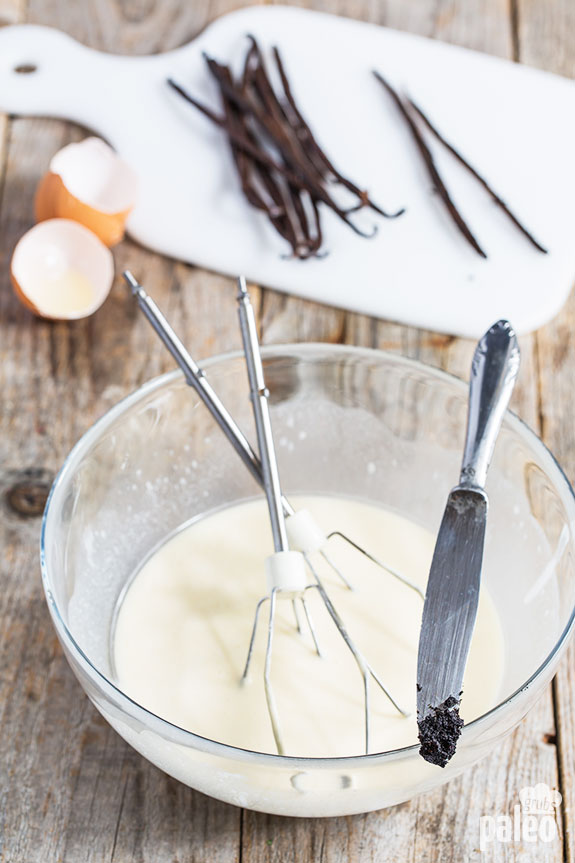 Like the chefs on MasterChef I like to challenge myself and use an ingredient that you don’t often see in many mainstream recipes. Vanilla seeds are one of them, and I have to admit I’m a little addicted to finding new ways to use them.

Vanilla often takes a backseat to chocolate, but it’s really a shame that more people have been discovered just how multi-faceted vanilla flavor can be. When you use real vanilla seeds you unlock the hidden secret of vanilla and really let its flavor shine. 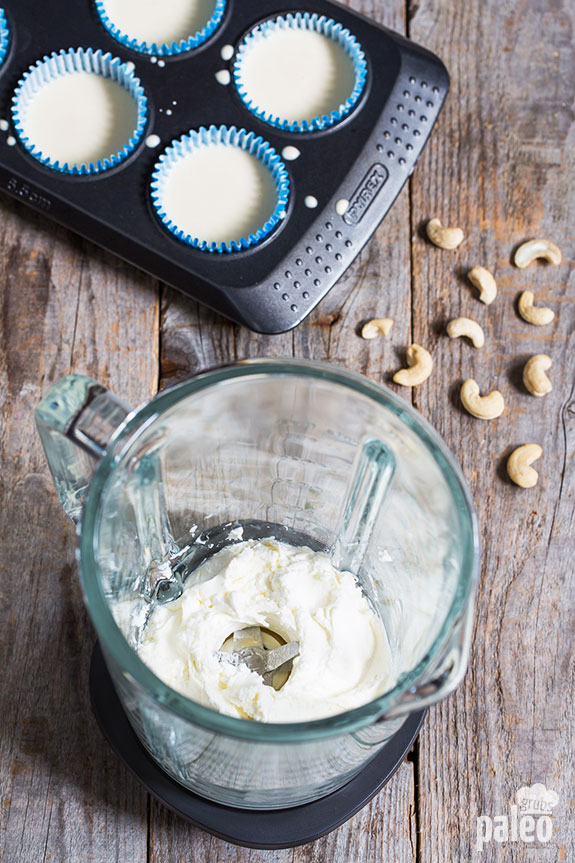 One of the biggest offenders when it comes to be ingredients in a traditional cupcake recipe is the all purpose flour. By getting rid of it we take a big step toward making this a healthy cupcake recipe. I’ve found that almond flour works best at replicating the texture so that your cupcakes come out with the right consistency and with reliable results.

Honey works well for eliminating the use of any refined sugar, and we’re using it here in both the cupcakes and the frosting to sweeten things up. If you go with raw organic honey you’ll get enzymes that will help you digest the cupcakes as an added bonus.

The frosting took some time to master, and the answer lies in the use of cashews that have been soaked overnight. Blending them up creates a nice creamy mixture that forms the base of the frosting. You’re also getting healthy fat, protein, and fiber in your frosting which just about every cupcake out there cannot claim.

Making Paleo cupcakes really turns things on its head. It took awhile for me to realize that when I looked at a cupcake before I would immediately think that it wasn’t good for me and that I should avoid it. After some time, it became clear that since there wasn’t anything in a Paleo cupcake to hinder my progress so I didn’t have to feel guilty about eating it. 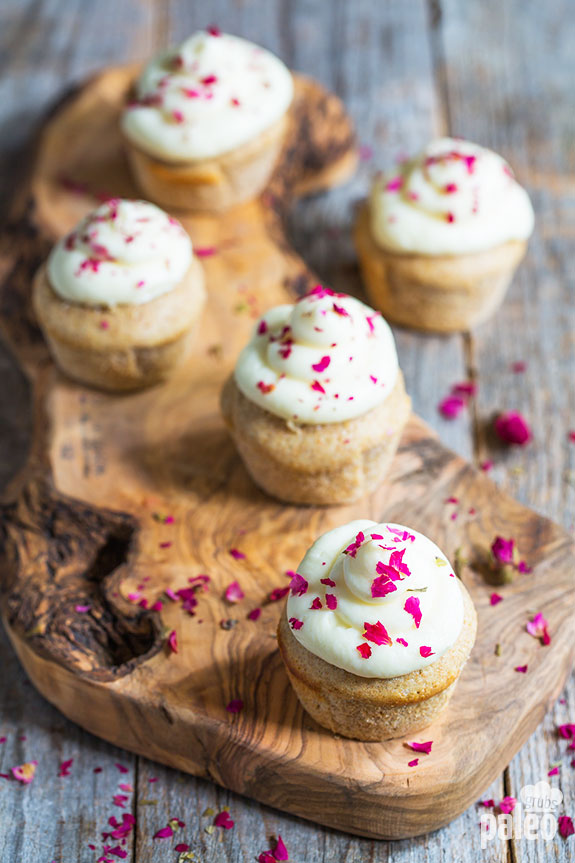 Losing that guilty feeling is probably a big part of why eating is fun again, and why it feels so good to be on the Paleo path.