You may have heard of the hottest new paleo superfood: tigernuts. But have you tried cooking or baking with them? While they have nuts in the name, tigernuts are really more of a tuber, so they’re suitable for AIP and other nut-free diets, and they have a lovely sweetness to them that’s excellent in baked goods. These tigernut recipes take full advantage of the flavors and textures these little buddies have to offer, so give some of them a try!

1. AIP Crusty Bread
This crusty bread is all you’ve wanted out of a paleo-friendly loaf of bread. It’s crusy on the outside, soft on the inside, and perfect for smearing with grass-fed butter o ghee. And it’s AIP-friendly, made with green plantains, gelatin, cassava, and tigernut flour. 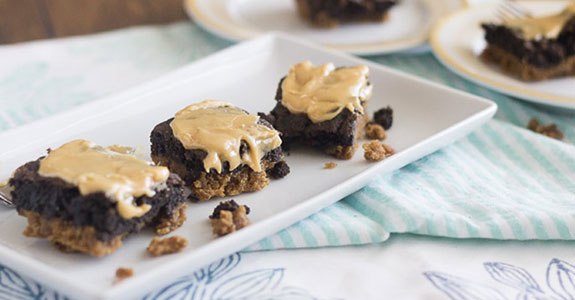 2. AIP Paleo Brownie Cookie Bars
Tigernut flour is commonly used in AIP baking, because while it has “nut” in the name, it’s not technically a nut. This makes it a great nut-free and grain-free baking flour, and these brownie bars have an excellent texture with a double layer taste. Yum!

4. AIP Tigernut Cookies
These cookies are simple to make and sweetened with coconut sugar and maple syrup. Vanilla bean powder gives them a sophisticated vanilla flavor, and if you’re feeling extra fancy (or in need of “chocolate”) you can add the optional carob glaze over the top. 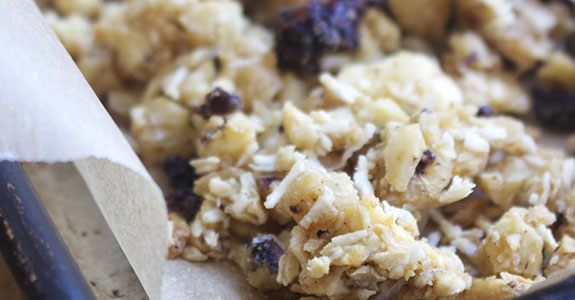 Photo: Beyond the Bite for Life

6. Paleo Tigernut Granola
There’s no denying that granola is tasty and convenient. Not all of us have time to make (and clean up) eggs and bacon every morning! So try this tigernut granola made with banana chips, shredded coconut, currants, coconut oil, maple syrup, vanilla, and sea salt.

7. No Nut Tigernut Spread
This tigernut spread takes the place of nut butter on paleo toast, in smoothies, as a thickener and flavor agent in sauces, and in dozens of other ways. The best part is that you only need two ingredients to make it! Just tigernut flour and coconut oil.

9. Tigernut Pumpkin Cookies
These pumpkin cookis are spiced with cinnamon and ground ginger, sweetened with honey and vanilla, and are nice and soft and sweet thanks to cassava flour and tigernut flour. Pumpkin puree and mini chocolate chips round out the smooth flavors. 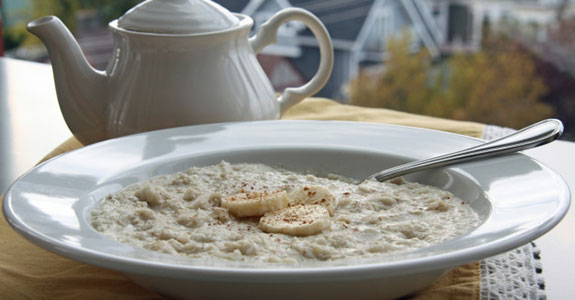 10. Banana Tigernut N’oatmeal
This oat-free oatmeal recipe is made with tigernut flour, banana, shredded coconut, coconut milk, and cauliflower rice, making it one of the healthiest breakfast porridges you could eat! And it doesn’t taste like a vegetable either—you could add a bit of cinnamon and a drizzle of maple syrup if you want.

11. Tigernut Cassave Brownies
For brownies that are densely chocolately, chewy, and super soft, these chocolate-free carob brownies are just the ticket. You’ll sweeten them with pure maple syrup and add extra vanilla for an awesome flavor that’s better than any regular brownie you’ve had.

12. Tigernut and Seed Loaf
This crusty, nutty, seedy bread is the perfect loaf, and you won’t believe you’ve been missing it all these years. It’s made with sunflower seeds, hazelnuts, tigernut flour, flax meal, almond meal, pumpkin seeds, chia seeds, sesame seeds, coconut oil, and a touch of maple syrup.

13. Sweet Potato Casserole With Tigernuts
The traditional sweet potato casserole is topped with brown sugar, marshmallows, and a nutty-grainy crumble. Paleo versions often use nuts, but that doesn’t work if you need it to be nut-free! This tigernut version is perfect, with vanilla bean powder, maple syrup, cinnamon, and more. 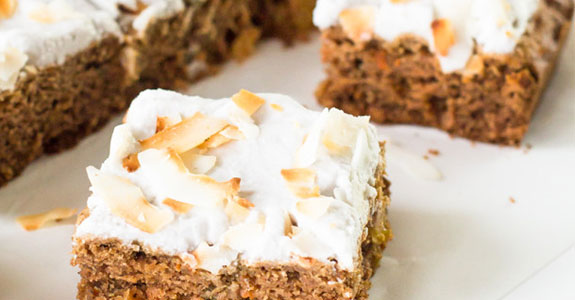 14. Carrot Cake With Whipped Coconut Frosting
Carrot cake is a classic that can’t be missed, so if you haven’t had a good one since going paleo, you’ll want to give this one a try. It’s made with tigernut flour and arrowroot starch, coconut flour, ginger, cinnamon, applesauce, coconut milk, maple syrup, shredded carrots, and more.

15. Raw Cookie Dough bites
Everything needs some cookie dough every now and then, and this healthy treat is made with tigernut flour, cacao nibs, honey, coconut oil, ghee, and real salt. While it’s a treat and all treats should be enjoyed sparingly, this is one you don’t have to feel guilty about popping every now and then.

16. Cinnamon Apple Nut Bread
It may be called nut bread, but it’s actually made with tiger (non-)nuts (and some pecans). This bread is made with eggs, coconut sugar, butter or ghee, apples, tigernut flour, coconut flakes, ground cinnamon, vanilla, and a hint of sea salt.

17. Tigernut Pancakes With Lemon Blueberry Sauce
These pancakes are light and fluffy with tigernuts and almond flour, coconut sugar, vanilla, almond milk, and cinnamon. They’re perfect topped with a homemade lemon blueberry sauce. I wouldn’t eat these every day, but they’re wonderful for an occasional breakfast treat. 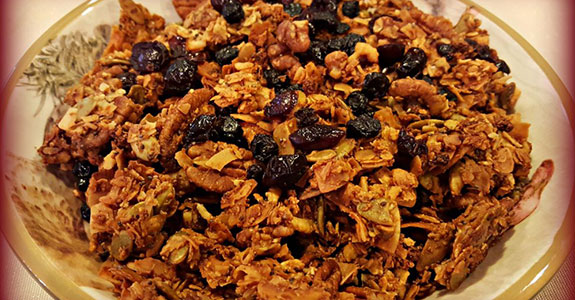 Photo: A Passion for Healthy Living

18. Mulberry and Tigernut Homemade Granola
This granola is packed full of nuts and seeds like tiger nuts, pumpkin seeds, walnuts, pecans, and fruits like cranberry, blueberry, and mulberry. The vanilla flavors and coconut chips meld perfectly with the maple syrup and apple pie spice—totally delicious.

19. Maple Sugar Tigernut Brownies
These brownies are sweetened with maple sugar and flavored with vanilla extract. The tigernut flour lends a lovely natural sweetness to them that you wouldn’t get with other flours like coconut flour or even almond flour, and they’re nut free, so give them a try!

21. Paleo Pumpkin Pie
We’ve all seen our fair share of paleo pie recipes using a date-and-nut crust, but what if you made a traditional baked pie crust with almonds and tigernut flour instead? This recipe uses a tigernut-almond crust filled with delicious pumpkin coconut milk custard. 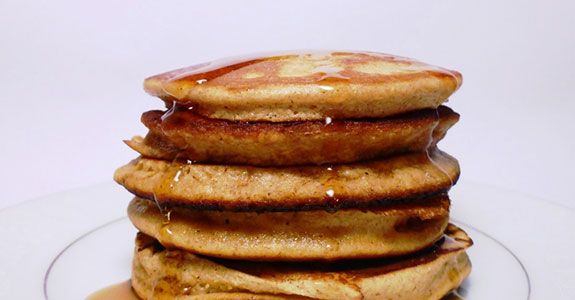 22. Fluffy Tigernut Pancakes
Packed with protein-rich eggs and the sweetness of tigernuts along with coconut flour, coconut sugar, and vanilla, these pancakes are just what Sunday morning ordered. Top with butter or ghee and a delicious swirl of pure maple syrup.

23. Grain Free Banana Mug Bread
This “mug bread” is like a microwave muffin you can have ready for yourself (single serving!) in just a few minutes. You’ll also need tapioca flour, gelatin, maple syrup, cinnamon, and a few other ingredients to make this work, but you’ve probably already got them in your kitchen.