Tandoori style chicken skewers are an Indian cuisine staple that you will be able to find in pretty much every Indian restaurant. Cooked using a special tandoor oven that can reach temperatures as high as 900˚F, this paleo chicken breast recipe is delicious especially when served straight off the grill. We’ve got a recipe for you today that will show you how to make amazing tandoori style chicken skewers in just half an hour. Obviously not everyone has a tandoor oven laying around, but thanks to our healthy homemade marinade sauce, you’ll barely be able to notice the difference. 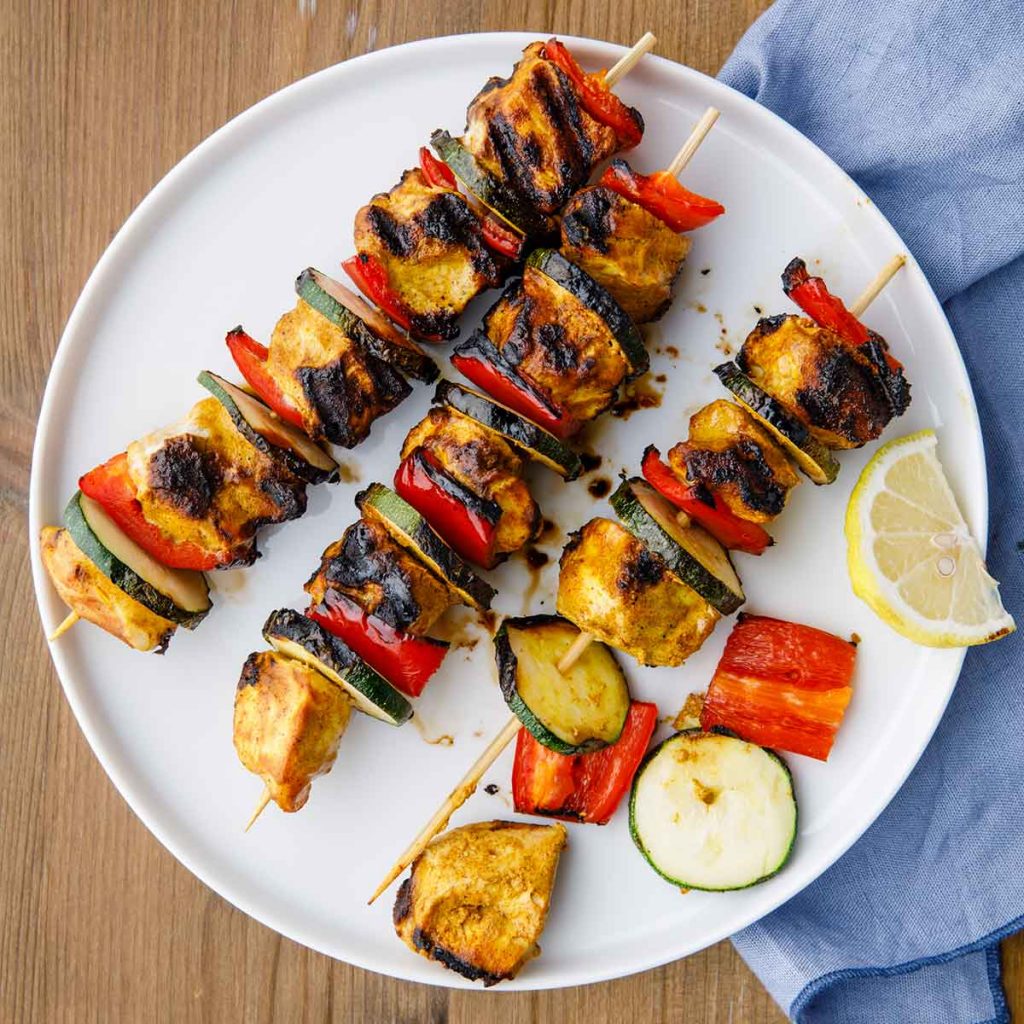 Other than the cooking technique, the biggest secret of good tandoori chicken is in the marinade. The marinade included in our recipe is full of healthy paleo-friendly ingredients that will produce incredibly juicy chicken with a hint of spice and a nice smoked flavor. Each ingredient has been selected not only because they create a marinade sauce that is to die for, but also because they possess some pretty amazing health benefits. The recipe calls for three unique spices native to India that are particularly well known for the great benefits that they provide for your health.

Turmeric is the main spice found in most Indian curry dishes. It is widely regarded as being one of the most powerful spices on the planet when it comes to the benefits it can provide for your health and longevity. It is so potent that studies have found that when compared to conventional medications, the benefits of turmeric rival those of many pharmaceutical grade medicines. It is a strong antioxidant and anti-inflammatory agent, with many neuroprotective benefits as well. Turmeric as been shown to improve cognitive function and lower your risk of brain degenerative diseases, not to mention it offers protection from many types of diseases including cancer. (1)

The recipe also calls for cumin, another spice that possesses many health benefits while also providing great flavor to whatever dish it is added to. Cumin has been shown to help regulate digestion, boost the immune system, prevent conditions such as diabetes and cancer (2), improve your skin, and even treat symptoms of asthma and bronchitis. (3) 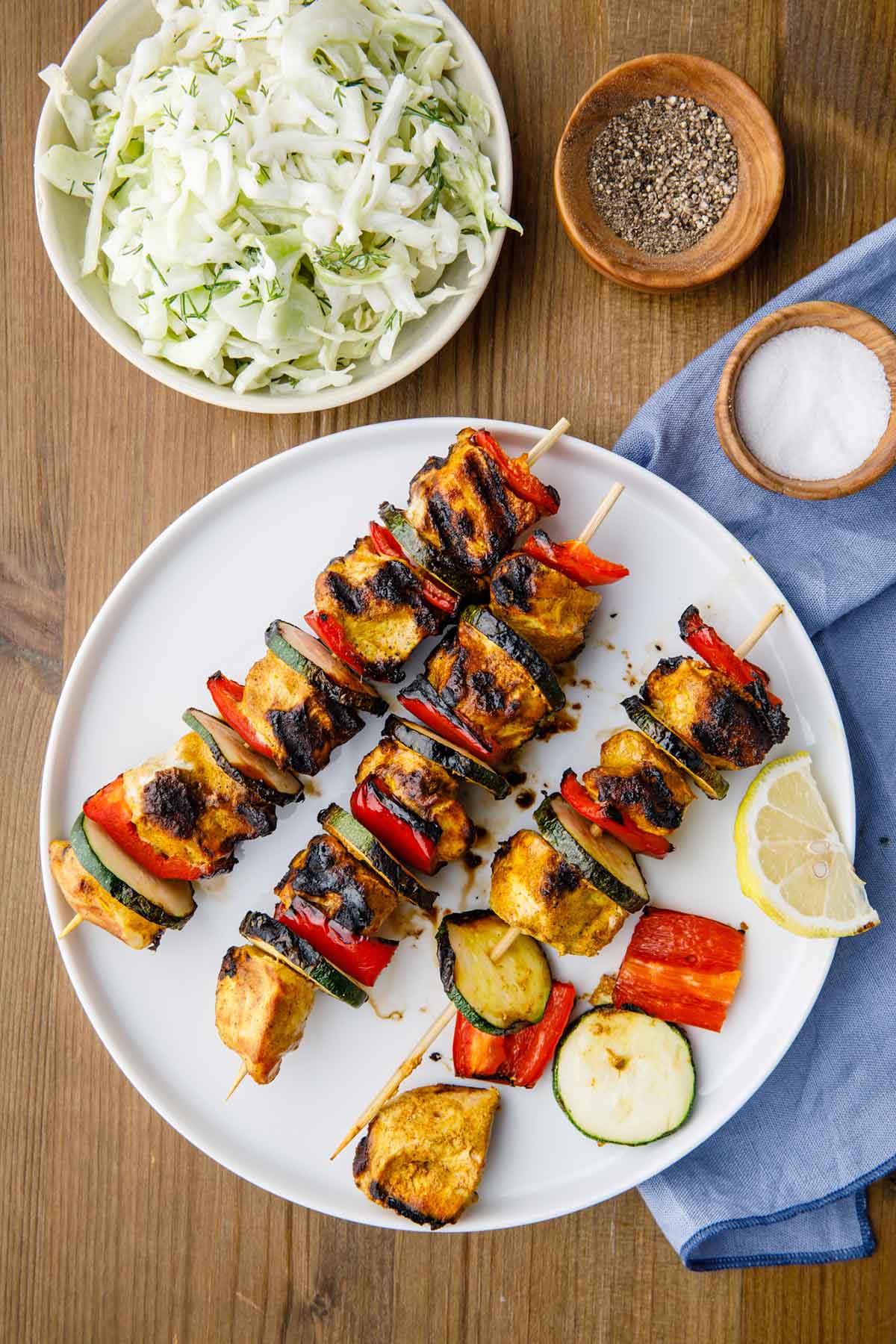 We also use garam masala in the marinade, which is commonly made using different blends of other traditional spices such as cinnamon, nutmeg, cloves, mace and cardamom. Garam masala is considered to be excellent for heating up the body, providing the perfect balance of warmth for optimal metabolism. It’s also known for lowering blood sugar levels, easing joint pain and inflammation, improving digestion, assisting with weight loss, and boosting the immune system. (4,5) 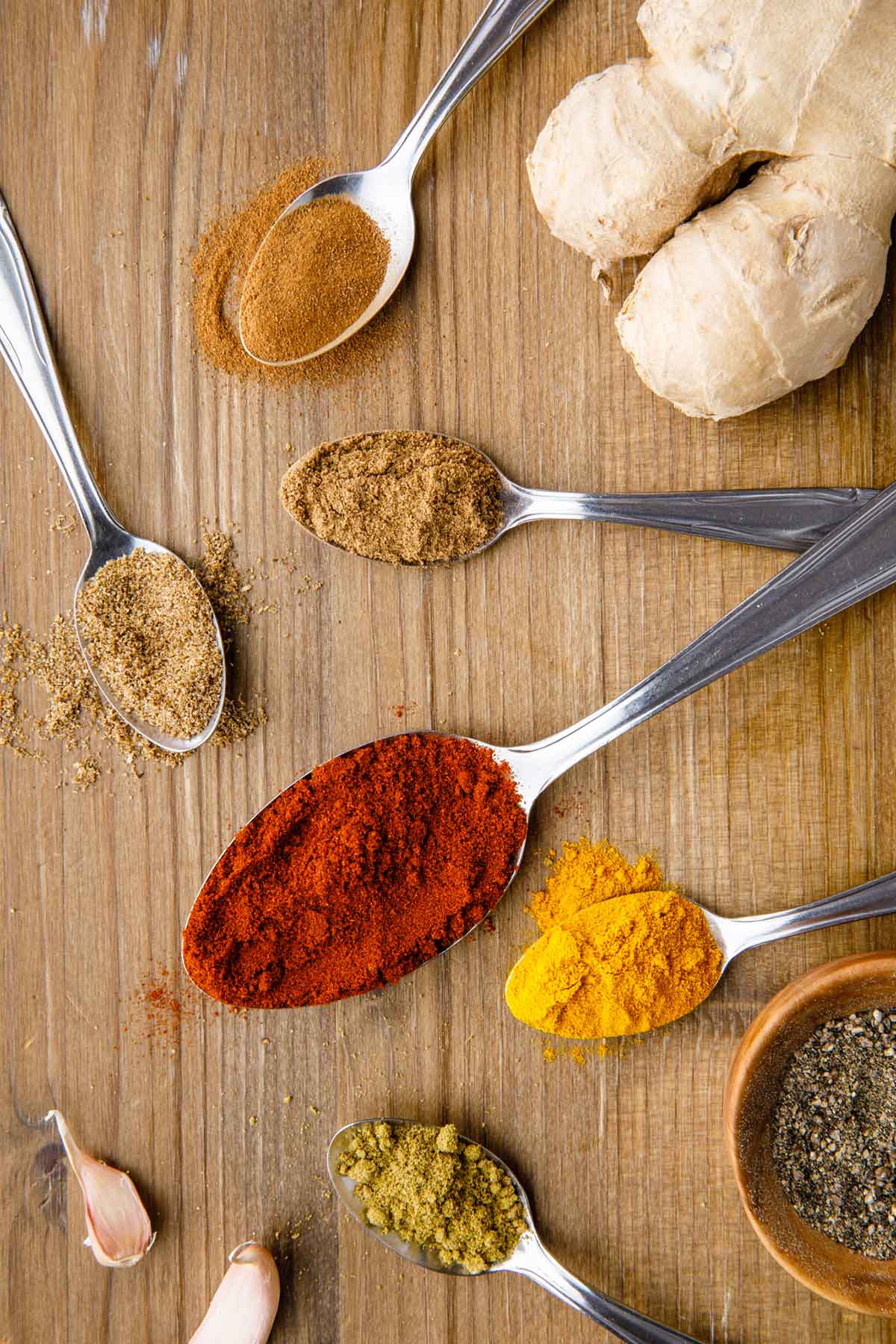 These three great spices combine with other ingredients such as full fat coconut milk, garlic, fresh ginger, cinnamon, coriander, salt and pepper, and lemon juice to produce absolutely mouthwatering tandoori chicken that you would swear came from a restaurant. And instead of using a tandoor oven, it’s possible to cook them using a regular grill pan, turning them as needed, to get that same great smoked flavoring.

As you can see, this tandoori chicken recipe can be as simple as marinading your chicken and cooking it on a grill. It’s an excellent paleo chicken breast recipe for people who love Indian food and want to try their hand at making it. Who knew you could swap out processed ingredients with far more tasty options such as fresh spices and ingredients? Now you can make a perfectly acceptable Tandoori chicken that can fit any paleo diet meal plan without any guilt.

P.S. – If you’re craving for more delicious meals made with curry spices, check out a few of these other great recipes: