While most people will be baking traditional pies over the holiday season (classics like apple, pecan, and blueberry pie), I’m going to be making a somewhat different dessert. There’s nothing wrong with any of those other types of pies, and I still absolutely love Grandma’s fresh apple pie, but sometimes you just get a craving for something else. I’ve decided that this year I want to make a pie for my family that can most definitely be described as ‘delicious and nutritious’. So to that end, I wanted to share with everyone this recipe for a paleo sweet potato pie. It’s definitely one amazing paleo dessert -- it has a perfectly light and flaky pie crust, a mouth watering filling made with great ingredients like sweet potato, maple syrup, cinnamon, and nutmeg, and topped with a bit of whipped coconut cream. 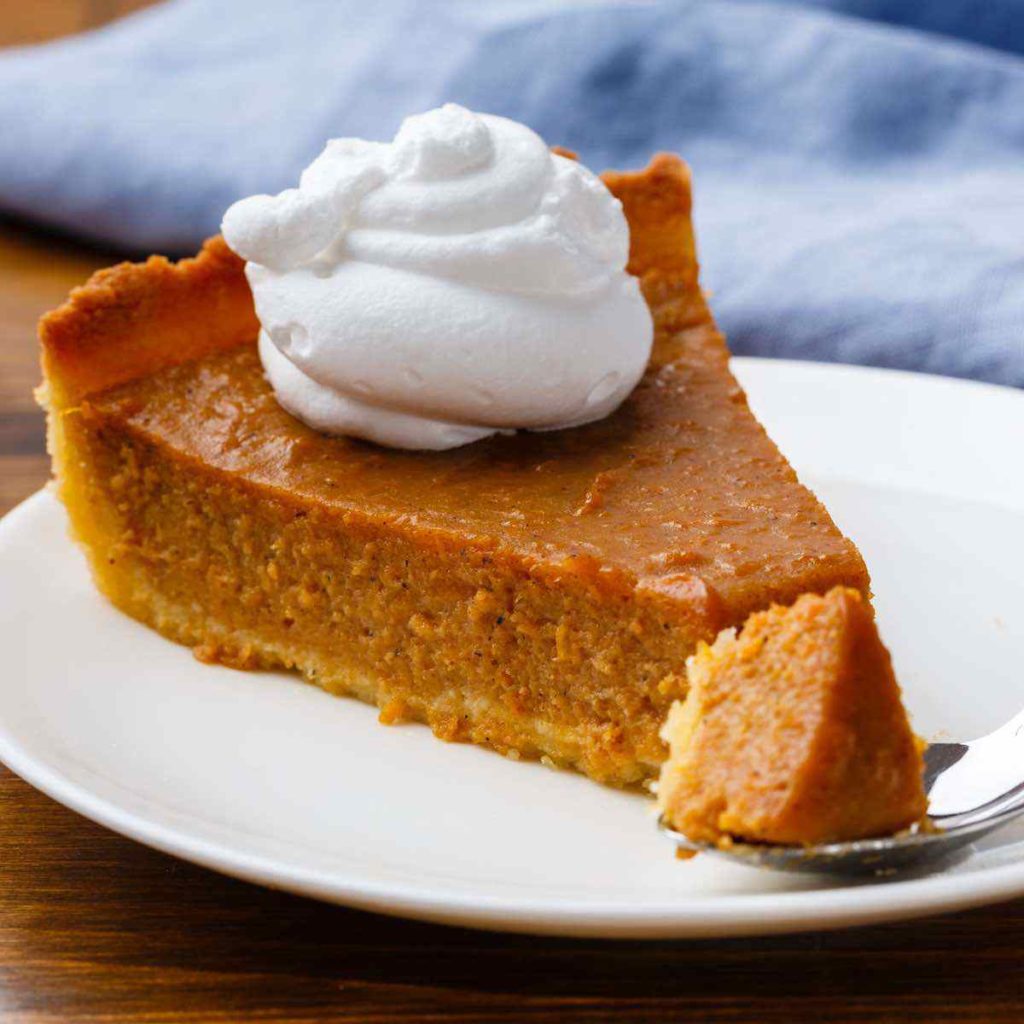 The best part of this sweet potato pie is without a doubt the filling that is made entirely from scratch. It all starts by mashing the sweet potatoes first. Some of you may be wondering why I decided on sweet potato pie in particular. The answer is easy — they provide a terrific naturally sweet flavor and when mashed they provide an excellent texture for making a pie filling. Not only do they make this pie taste incredibly good, but they also load it up with nutritional value as well. Vitamins, minerals, dietary fiber, and antioxidants — sweet potato has it all. It’s such a nutrient dense carb that many studies have found it possesses benefits for everything from cancer to even being a good carb choice for diabetics. (1)

Aside from the sweet potatoes, you’ll be adding a bit of a spicy hint to the pie with the addition of some nutmeg and cinnamon as well. The filling will also need to be sweetened up just a little bit more, so it also includes some maple syrup and coconut sugar. The filling is then polished off with a bit of vanilla extract and coconut milk. They add just the slightest hint of vanilla and coconut flavor respectively, while the coconut milk also adds in some great healthy fats as well. 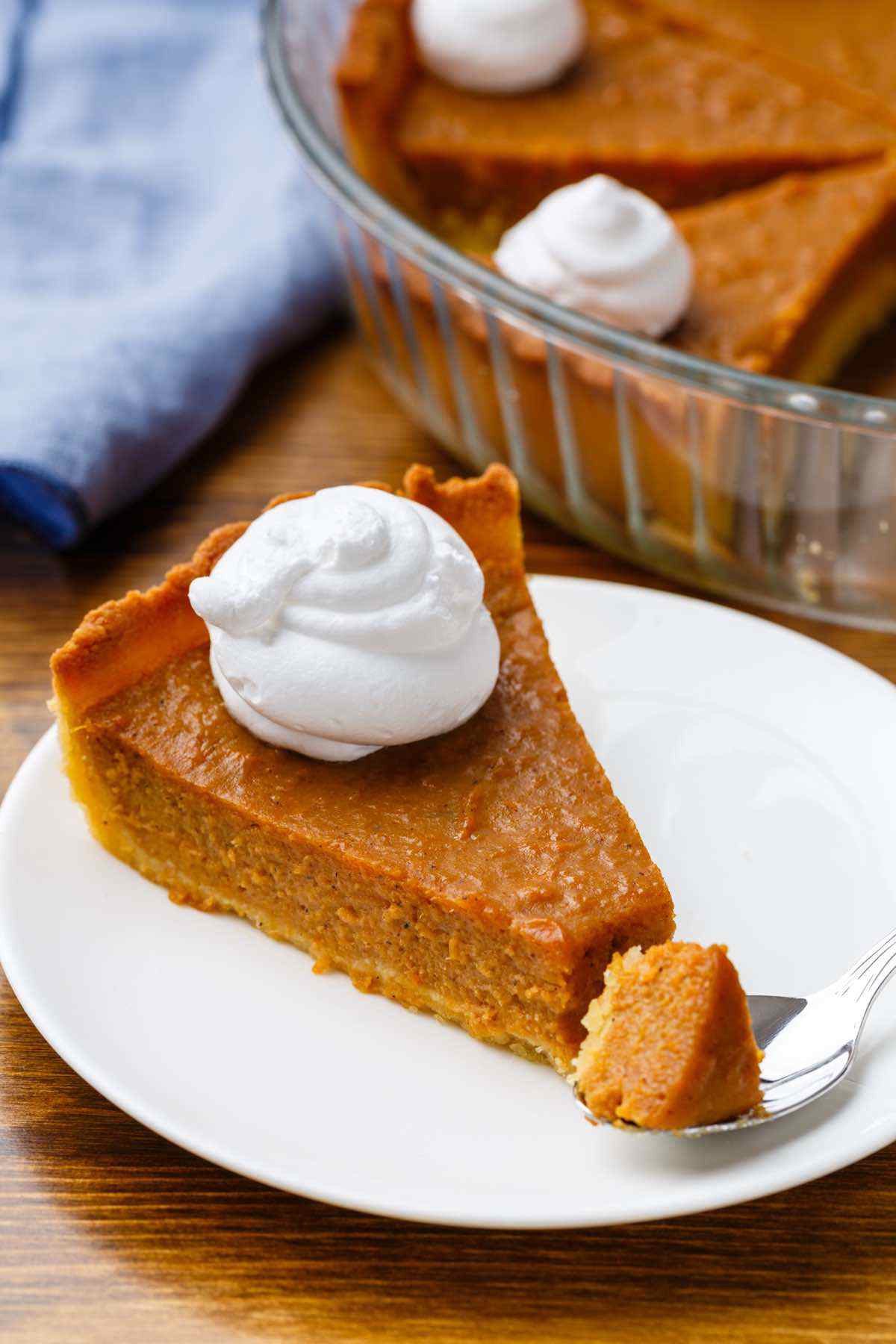 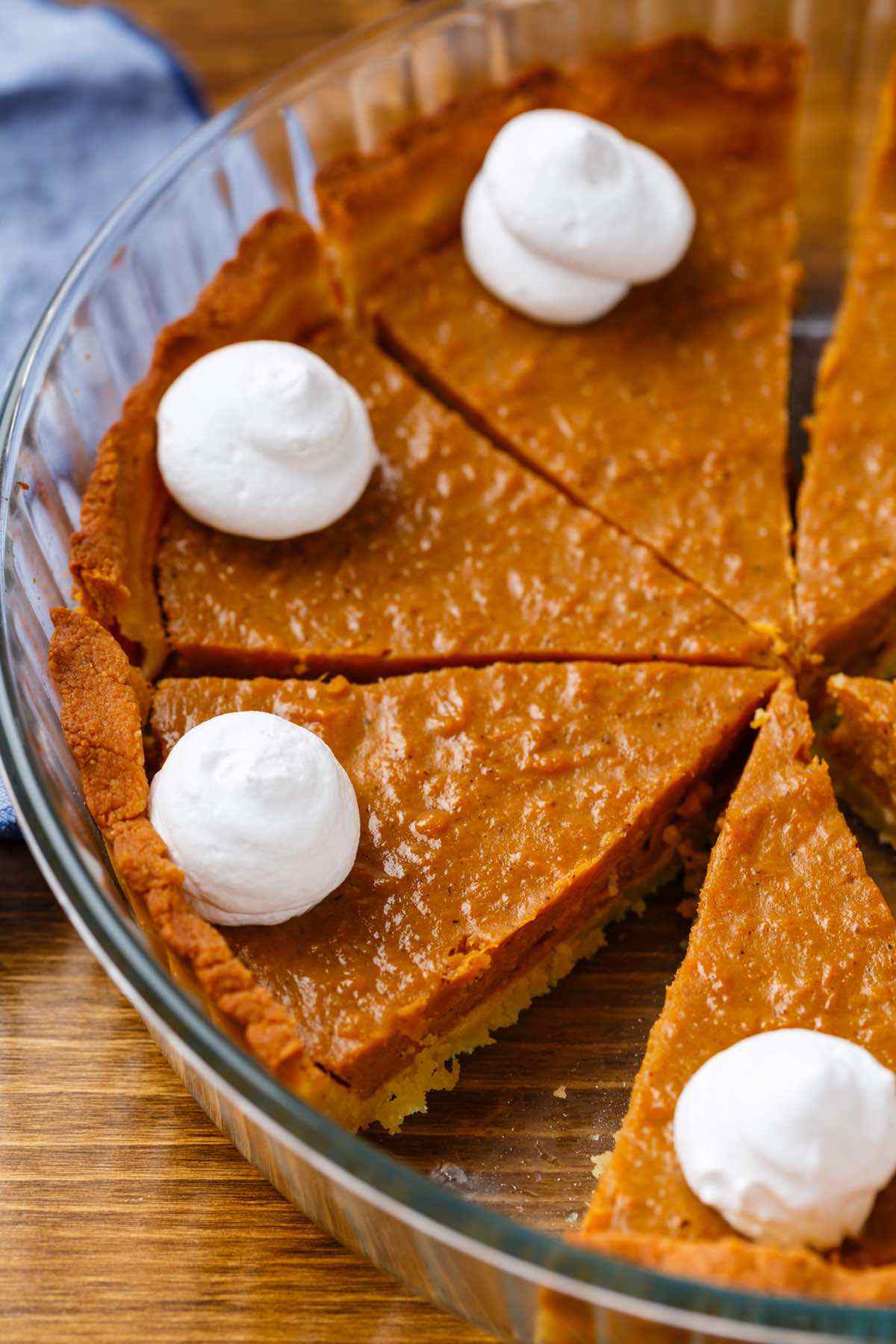 Of course, no matter how good the filling, every great pie needs a good crust and this one is no exception. The crust ends up being just as healthy as the filling, thanks to the dough using almond flour as a base. Almond flour is a terrific replacement for refined wheat flour, especially as there is evidence linking refined carbohydrates with the risk of developing type 2 diabetes. (2) As an added benefit, the almond flour ends up making the pie completely gluten-free. The rest of the ingredients that go into the crust are standard fare for paleo baking — some coconut oil, an egg, and more maple syrup for a bit of sweetening.

Put all of this together and you end up with one unbelievably tasty paleo sweet potato pie. It’s easily able to hold its own against any other type of pie out there, and it just might become a personal favorite for many of you. It really shines when it’s served fresh out of the oven, just warm enough that you can add some whipped coconut cream to it and watch it slowly melt. Too yummy.

P.S. – Not everyone may be sold on the idea of sweet potato pie when compared to some of the more classic pie desserts out there. The good news is many of your favorite pie recipes can also be made paleo-friendly. Check out all of these great recipes as well: