You can absolutely still enjoy a tasty slice of pizza even while following a paleo diet. It's true. Not only that, but this recipe is actually pretty much just like a buffalo chicken pizza. The only difference is that it uses a grain-free paleo sweet potato pizza crust. This makes the pizza both gluten-free and paleo-friendly and it also manages to produce the exact same texture as normal wheat-based pizza dough. For the topping, you’ll be using grilled chicken, roasted bell peppers, and a sugar-free paleo approved marinara sauce. 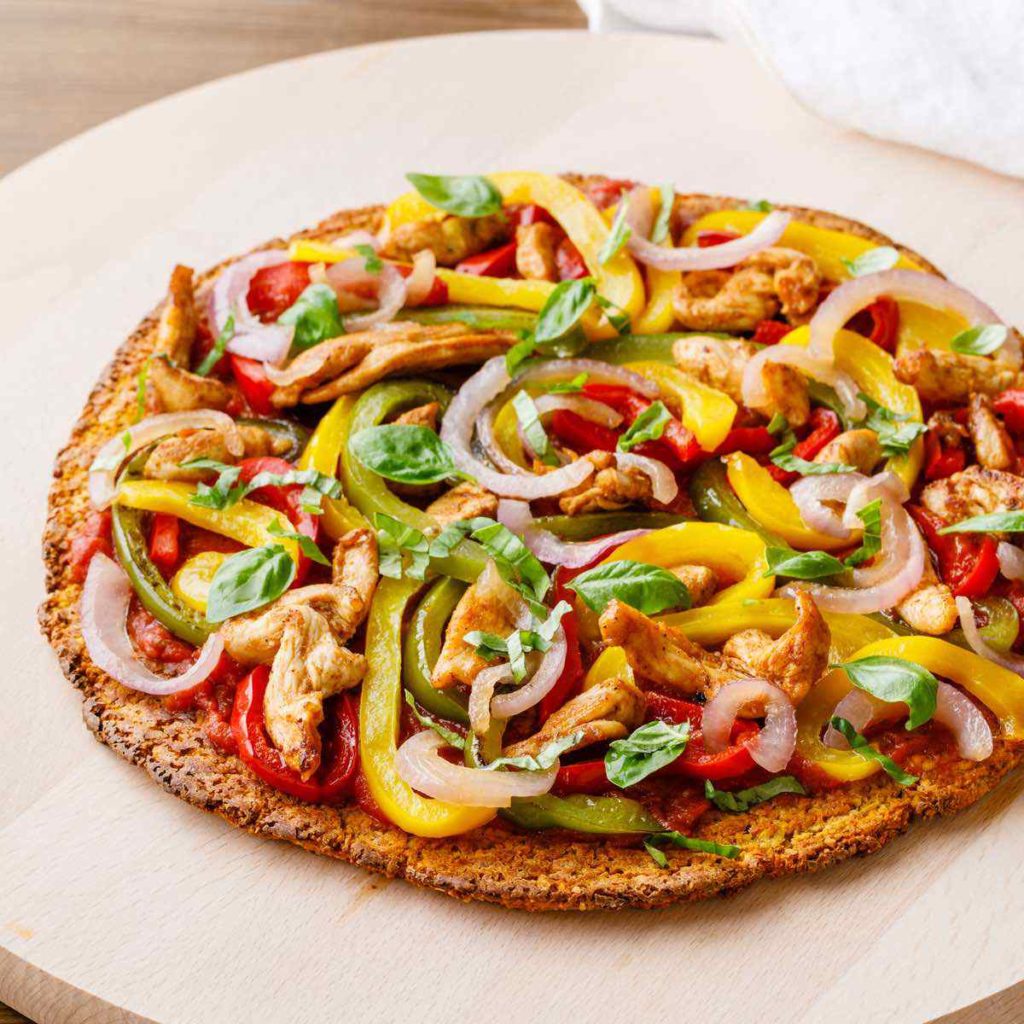 The Secret Is In The Crust

This recipe is all about finding a grain-free pizza crust that won’t sacrifice on flavor and texture. To all you pizza lovers who are raising your eyebrows at the fact that the main ingredient in this paleo pizza crust is sweet potato: please, don’t knock it ’til you’ve tried it. It tastes much better than you think, and the best part is that the crust can get that crunch on the outside too while still remaining soft and chewy on the inside sans gluten.

With all of the information available today, it’s clear that gluten is one of those things that many, many people are better off avoiding entirely. This is true even for people who aren’t following a paleo lifestyle. Thankfully, this pizza crust is suitable for anyone trying to avoid gluten, paleo or not. You can now have homemade pizza without having to purchase the more expensive gluten-free pizza crust alternatives at from the store. 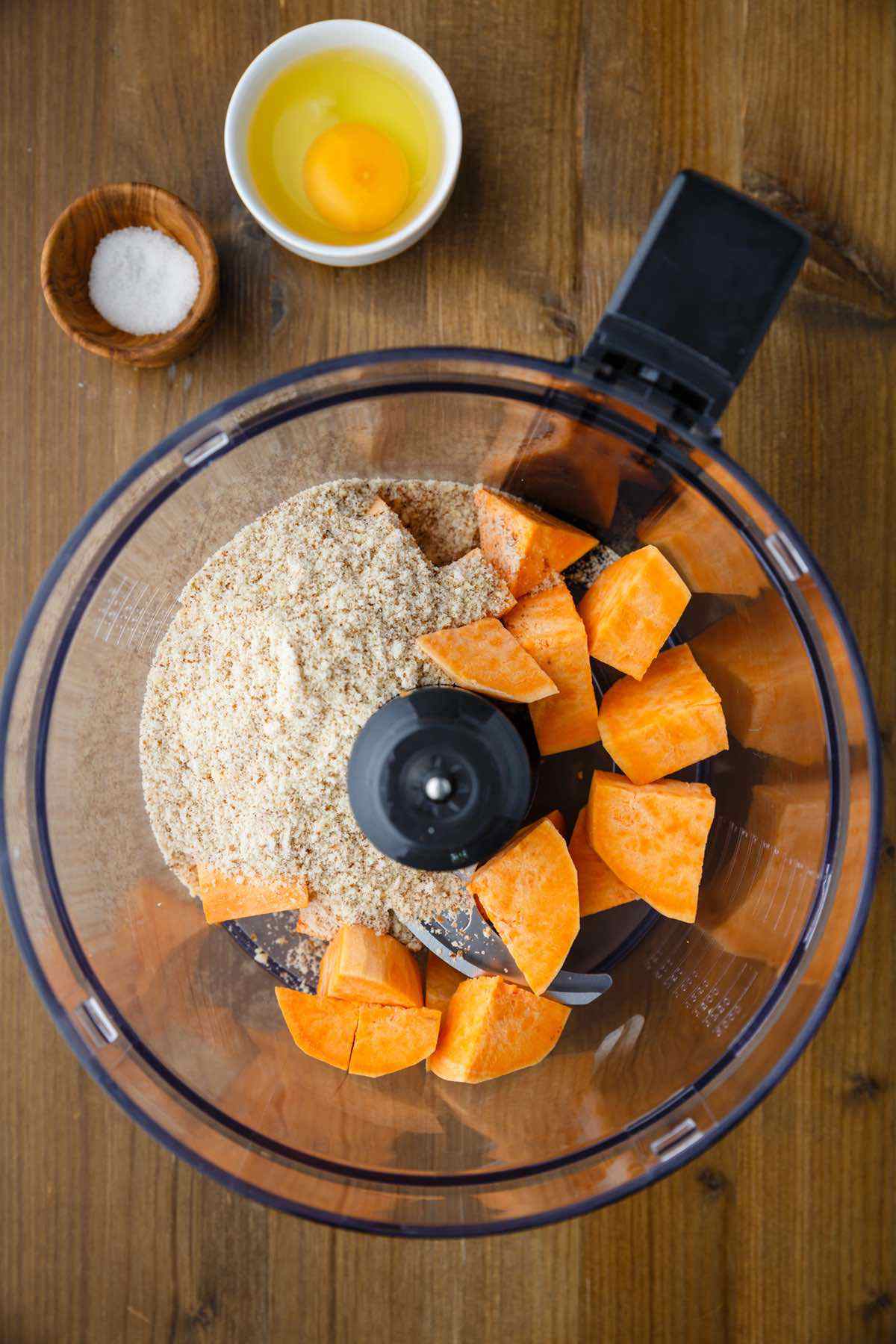 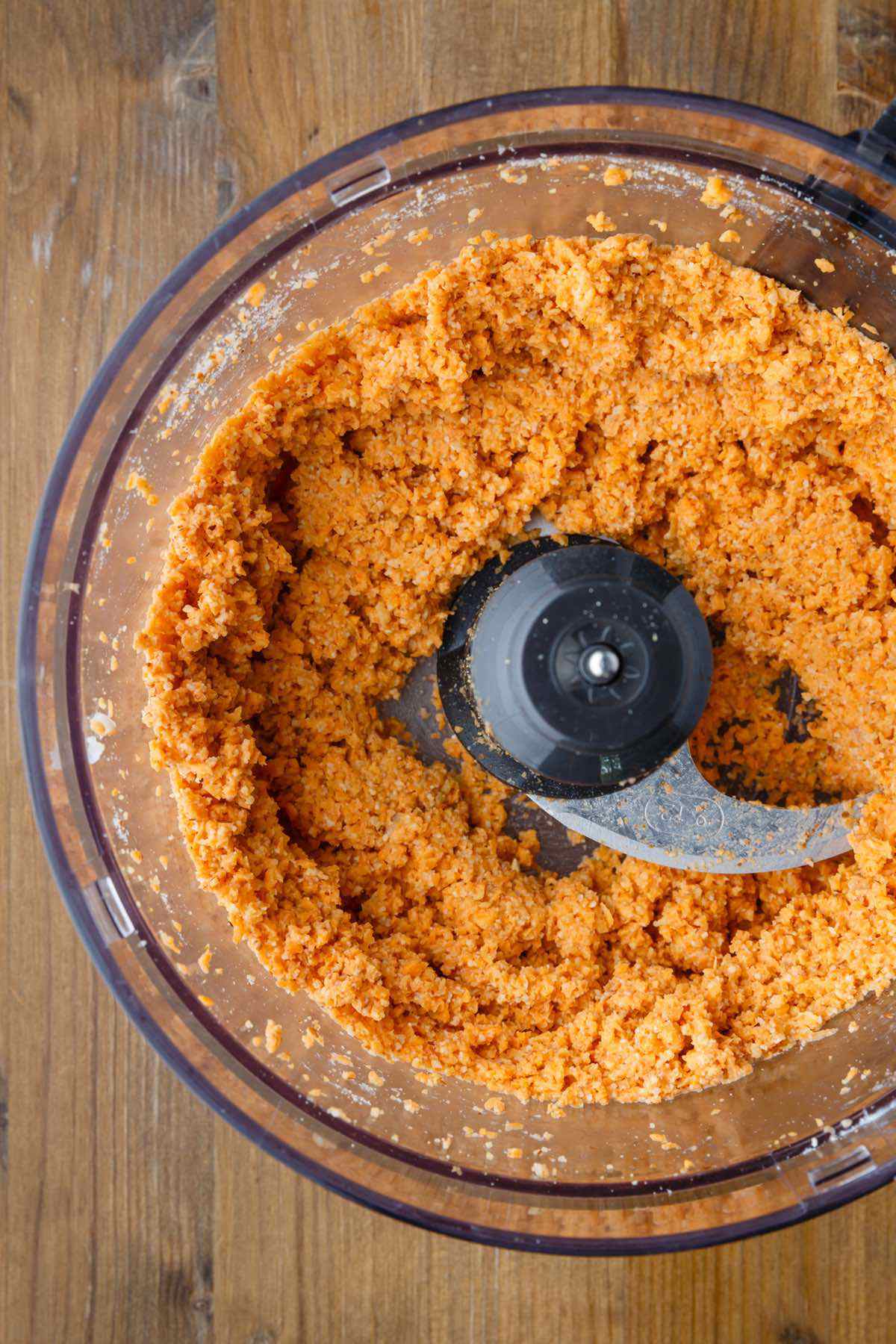 By blending sweet potato and almond flour in a food processor, you form the base of your pizza ‘dough’. Unlike wheat flour, which can cause inflammation in individuals even if they aren’t sensitive to gluten, almond flour is grain-free, packed with nutrients, and adds a pleasantly sweet flavor to most recipes that it is added to. 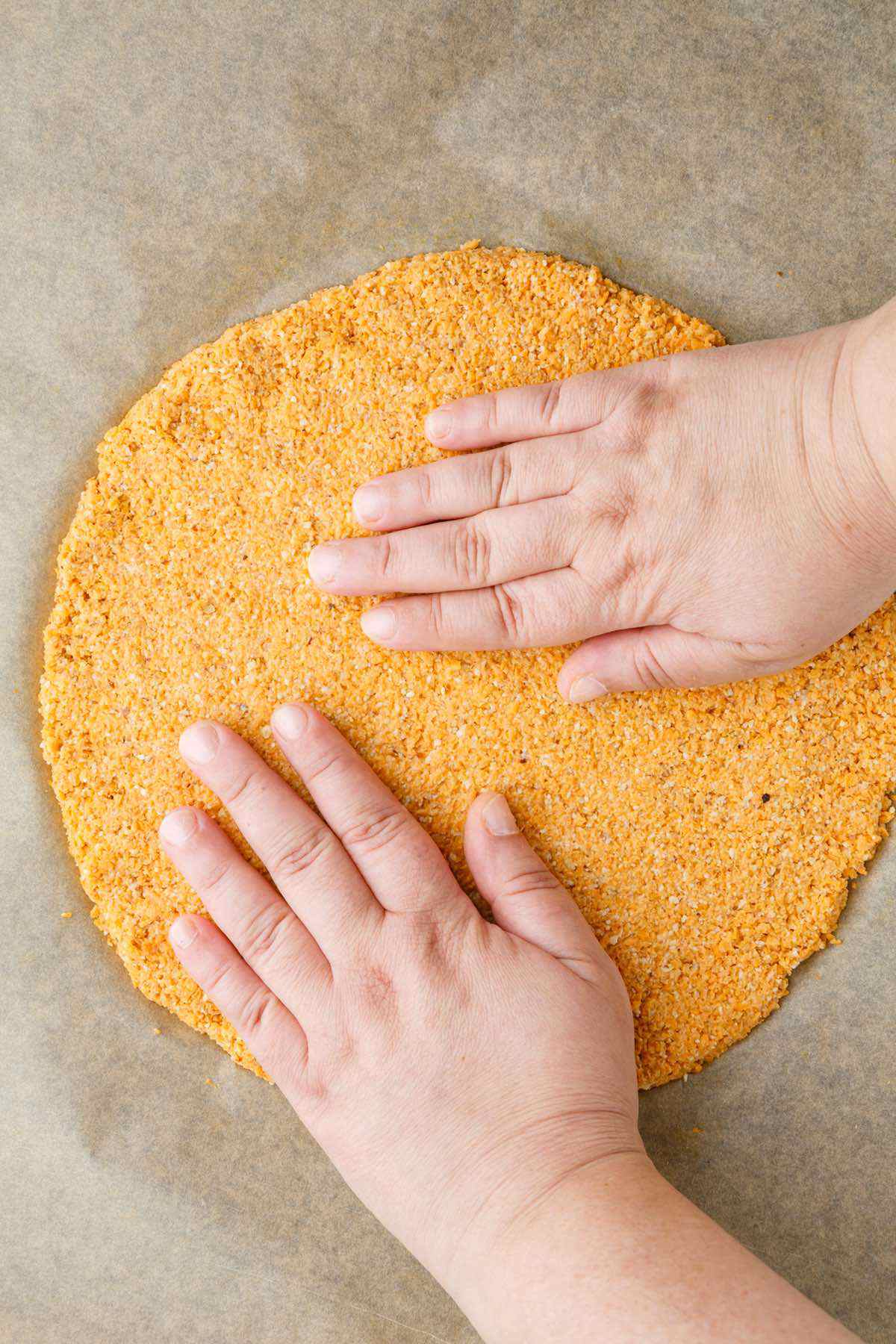 Afterwards, you’ll be adding one egg, salt, and garlic powder to the crust mixture. The egg will help hold everything together, while the garlic powder adds even more flavor to the whole thing. In addition to being incredibly tasty, garlic and garlic powder are both excellent for your immune system and they could also possibly help to reduce body fat when consumed on a regular basis. (1) Once you bake the pizza crust, the only thing to keep in mind is that you will have to cook both sides of the pizza. Take it out after about 25 or 30 minutes, invert it, and then bake it once more. 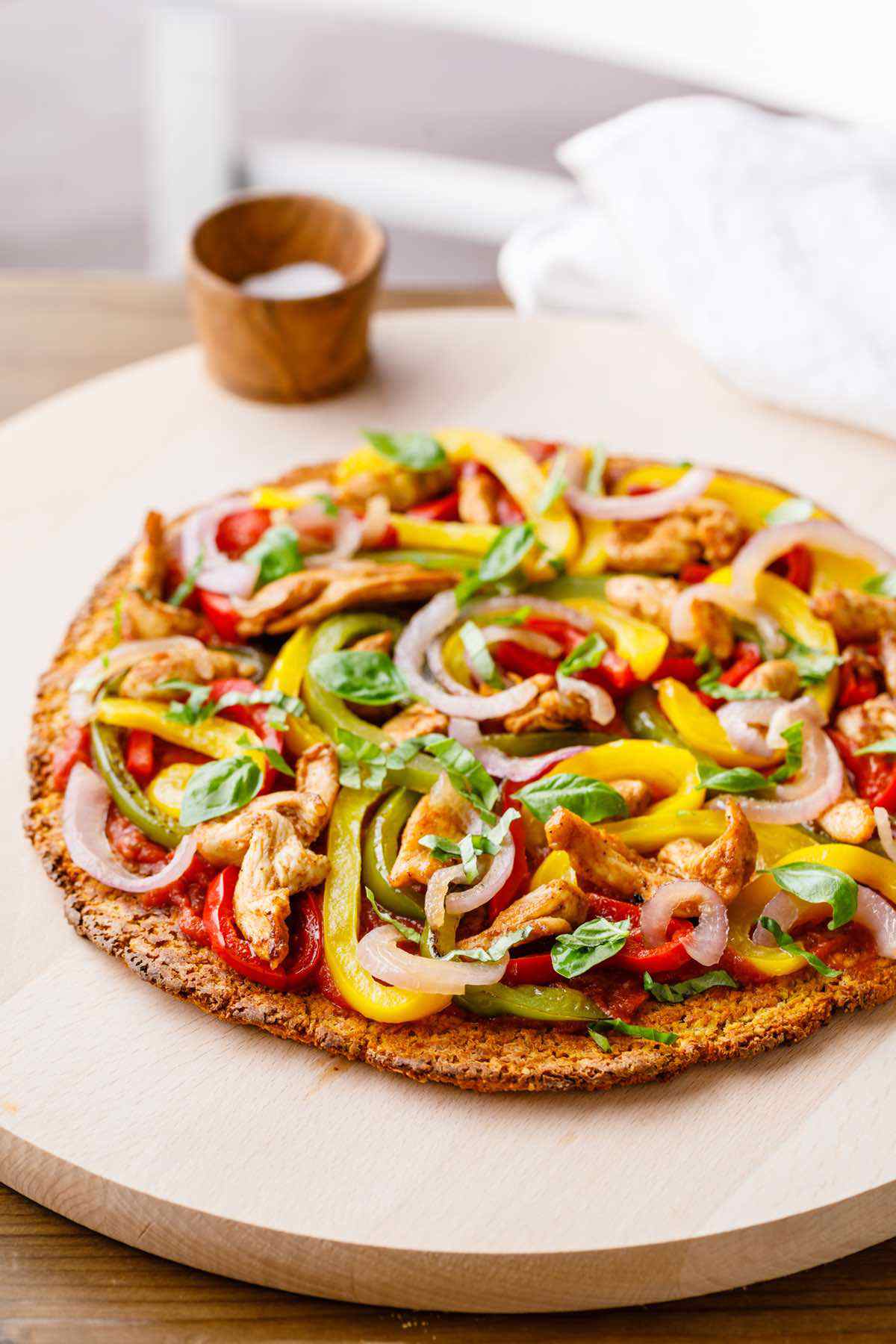 After baking your pizza crust, the only thing left to do is add your pre-prepared toppings. For this particular recipe, we’ve included grilled chicken, roasted bell peppers, and paleo approved marinara sauce. Just make sure that your marinara sauce doesn’t contain any added sugars. Just because that’s what this recipe calls for doesn’t mean you can’t take your sweet potato crust and make your own paleo-friendly types of pizza though. Feel free to get creative.

P.S. – If you’re looking for some more paleo-friendly pizza and pizza crust recipes, we’ve got you covered there as well. Here are a some recipe lists to keep you busy for a while: