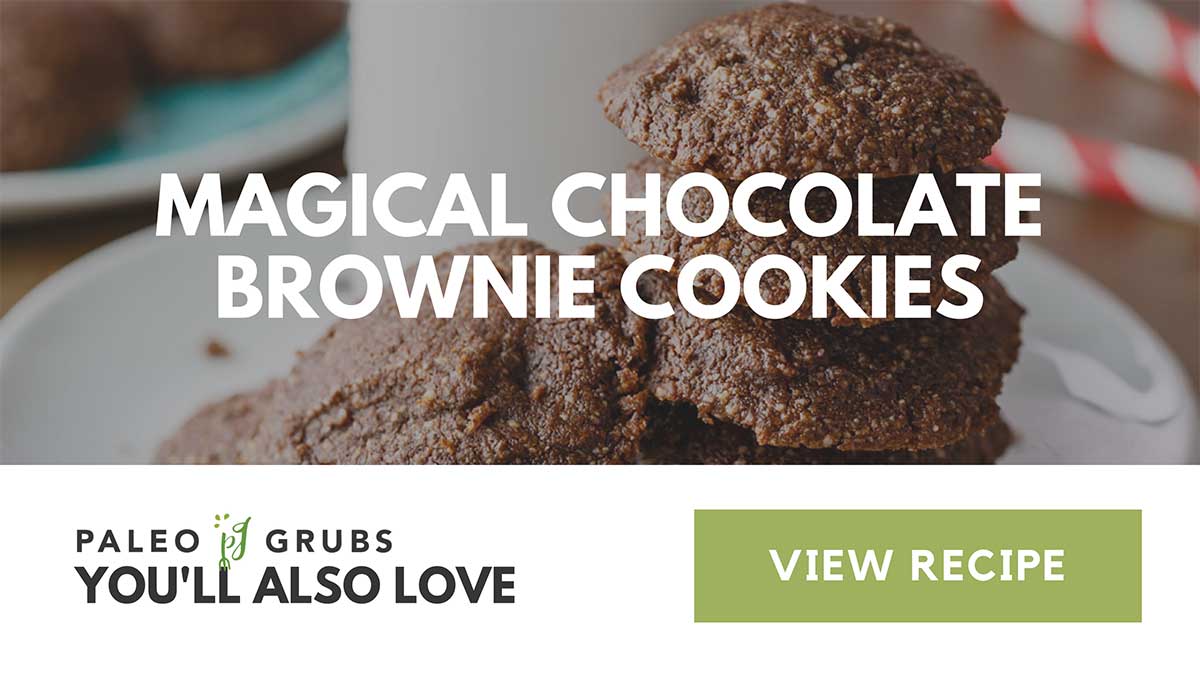 There’s a rumor about the invention of the brownie. It goes something like this…in 1893, Chicago hosted the World’s Fair. Dignitaries and visitors were coming from all over the world to see what Chicago had to offer. A very wealthy socialite named Bertha Palmer was in charge of the women’s committee and she wanted to make a splash. 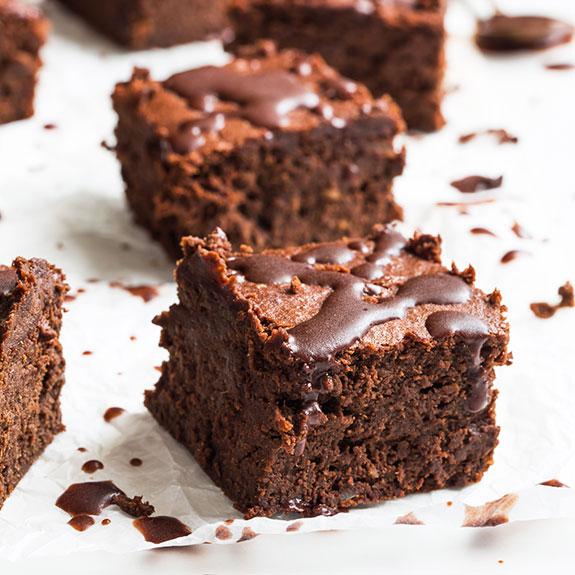 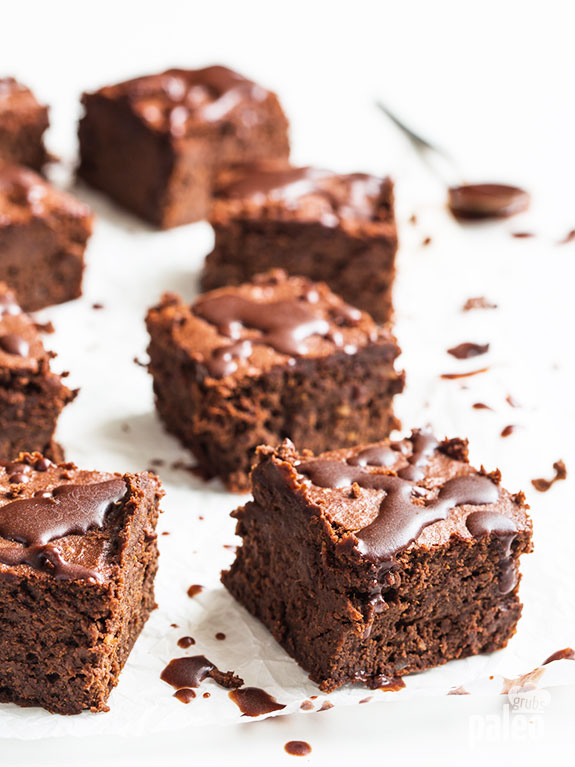 So she told her chef to invent a cake that could be eaten as a finger food. And he came up with brownies. Now, they probably weren’t Sweet Potato Brownies like this recipe, but I like to think of this as an improvement on the original.

Why are Sweet Potato Brownies better than the original? There are a few reasons. If you’re used to making brownies from a box, this recipe will cut down on your sugar by replacing it with honey and exchanging coconut oil for whatever oil the box tells you to use. So already, these brownies are more natural and that’s always a good thing.

Next, this recipe uses almond meal instead of wheat flour. Almond meal is great because it acts just like wheat flour in plenty of recipes, but without the gluten and without most of the carbs, and with added protein to help you feel full. 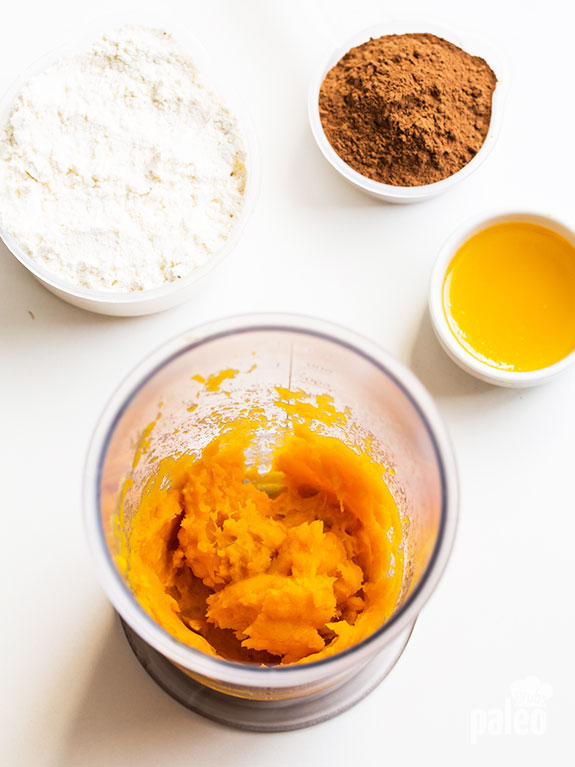 Cacao powder will also give you a richer, darker chocolate flavor. Some say it even has just a hint of coffee to it (the seeds are related!). Either way, cacao powder makes for a rich, dark chocolate flavor that you will absolutely love. 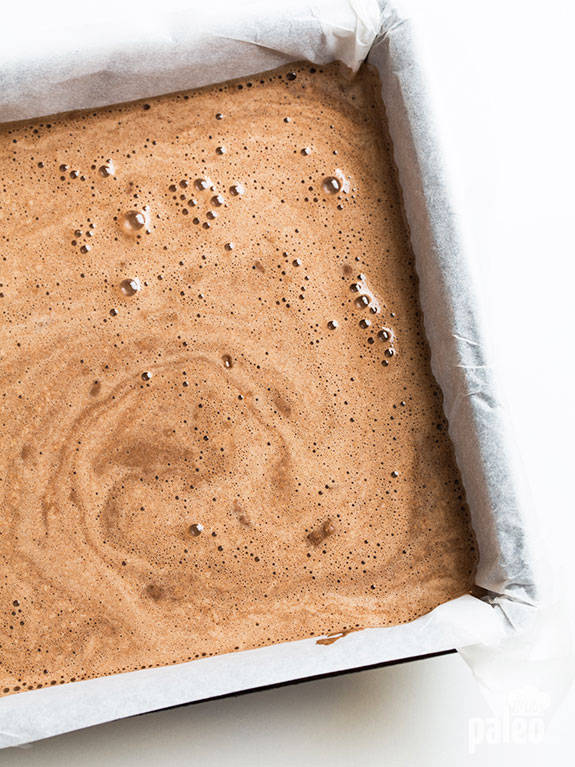 The last biggest change in the recipe from your average brownie box mix or even from-scratch recipe is in its name: sweet potato! Sweet potatoes are super healthy, with tons of vitamin A and vitamin C and fiber. So adding them means you’re getting brownies with health benefits – a plus already. The sweet potato acts as a binder, holding the final product together and also assuring that it is moist and chewy.

Come to think of it, aside from using the sweet potato, these brownies are probably closer to what Bertha’s chef made in 1893 than what we get in a box today because they didn’t have as many processed food products in 1893 as we do today. And processed food is one thing I and all other Paleo eaters try to steer away from as much as possible.

But let’s face it: when you’re making brownies, no matter how healthy they are, the only thing that matters in the end is taste. Because no one is going to eat a dry, bland brownie. And just like Bertha Palmer (what a name…) the first time I made these brownies was for a party with some new friends I really wanted to impress. So I was crossing my fingers that they would be as much of a hit as they had been in 1893. 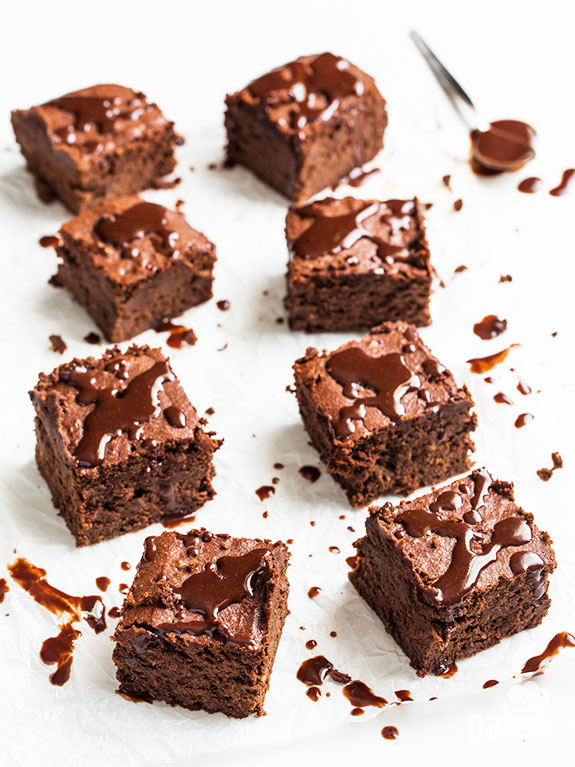 I don’t know if I sparked a food revolution, but I did get rave reviews, especially when folks found out the brownies were Paleo. And a couple people even asked for the recipe. And I suppose that’s how it all started for Bertha too…a few people ask for the recipe and before you know it, your brownie is the top dessert in the world. These Sweet Potato Brownies could very well become the next big thing!