If there’s one thing I missed when I started eating Paleo it was bread. I missed toast in the morning, slathered with butter and jam. I missed sandwiches stuffed with meat and cheese at lunch. I missed having a roll with a bowl of soup at dinner. There was no two ways about it: bread broke my heart. 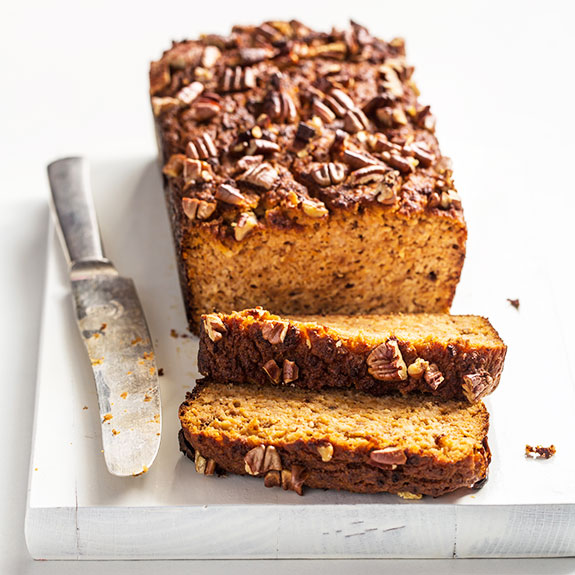 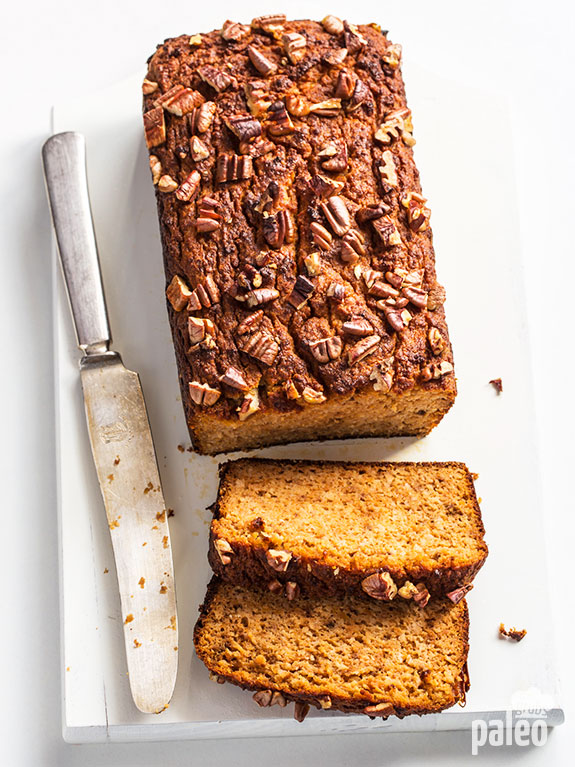 But, as I soon began discovering, Paleo isn’t about saying no; it’s about saying yes to doing things a little differently. And this sweet potato bread with pecans is the perfect example. It’s absolutely delicious and has not a drop of wheat flour in it, so it’s perfectly Paleo. And just like the other Paleo things I’ve learned to substitute for what I formerly would have eaten, it’s not only a substitute, it’s ten times better than the original.

Here’s what I mean…take away the wheat flour from bread and what are you losing? Carbs, and not much else. In place of wheat flour, substitute sweet potatoes, a little coconut flour, and some ground up pecans and what do you have? A bread packed with fiber, vitamins A & C, and a whole bunch of other good for you things. And, you get an out-of-this world tasty loaf of bread. 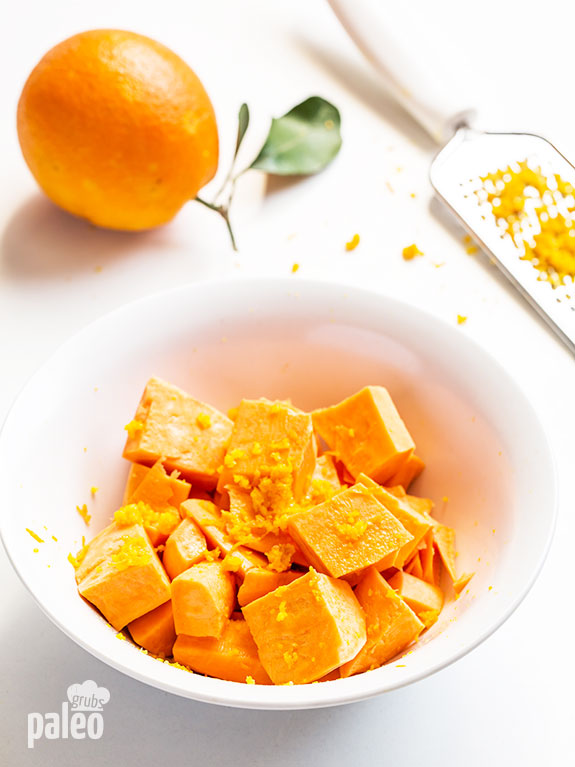 The bread itself has a subtle sweetness to it from the sweet potato but what really takes this bread to the next level is the addition of the pecan – both ground up inside the bread dough and chopped on top of the loaf. Health benefits aside, of which there are many in pecans, I love the bit of chewy-crunchy consistency after the pecans have baked with the bread and the sweet-nutty flavor they add. 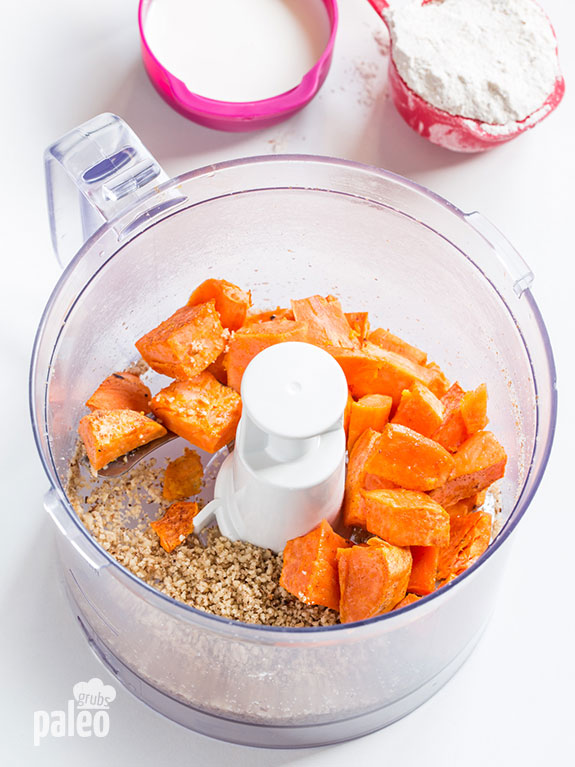 Pecans are my favorite tree nut for those very reasons! 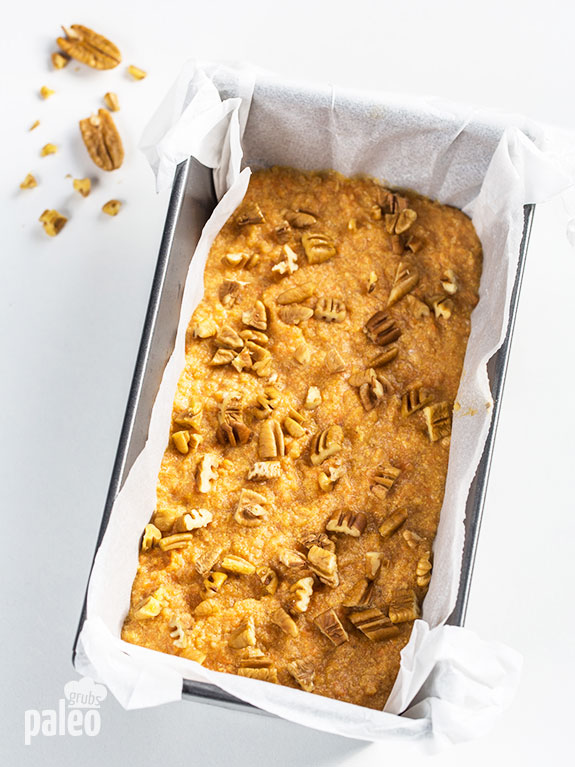 But do let it cool some before you dig in. I like to have a slice when it’s just barely still warm and to put a little cashew butter on it. It’s also great with berries or homemade jam or honey – suddenly my breakfast isn’t missing its bread anymore! At lunch it makes a great sandwich with turkey or ham and it’s spectacular as a side to homemade soup in the evening. 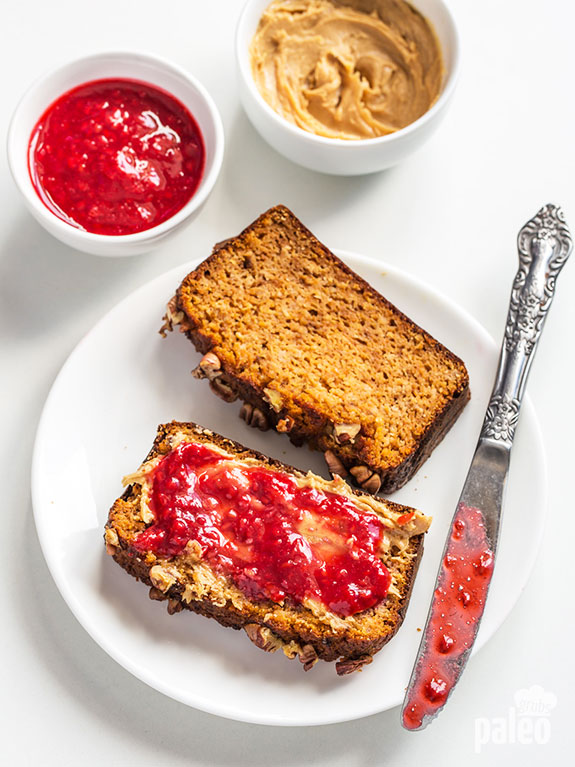 So sweet potato bread with pecans is just another example of how eating Paleo doesn’t restrict you; it opens you to new recipes that are packed full of flavor and vitamins and fiber and all sorts of other things that are good for you.