If you're looking for a high energy, protein-rich snack, try these easy and portable super seed paleo energy balls. 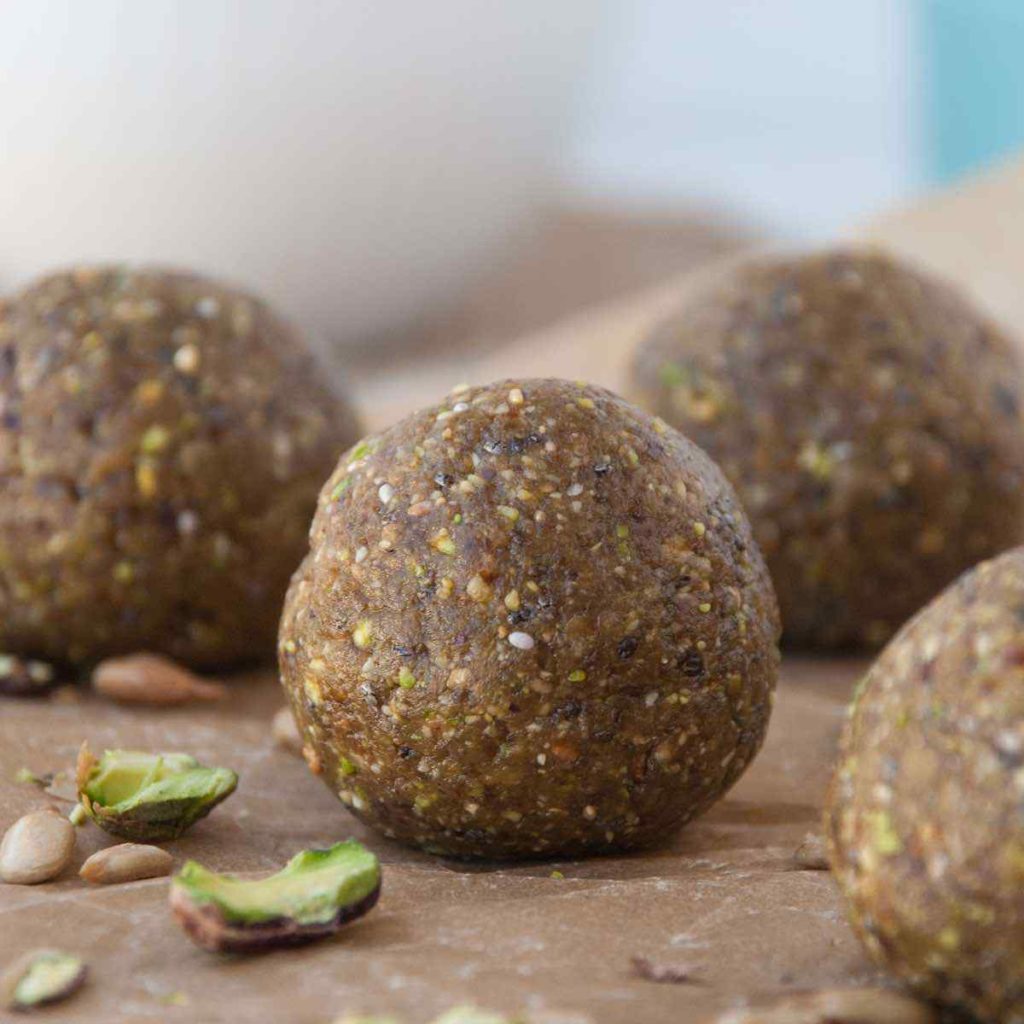 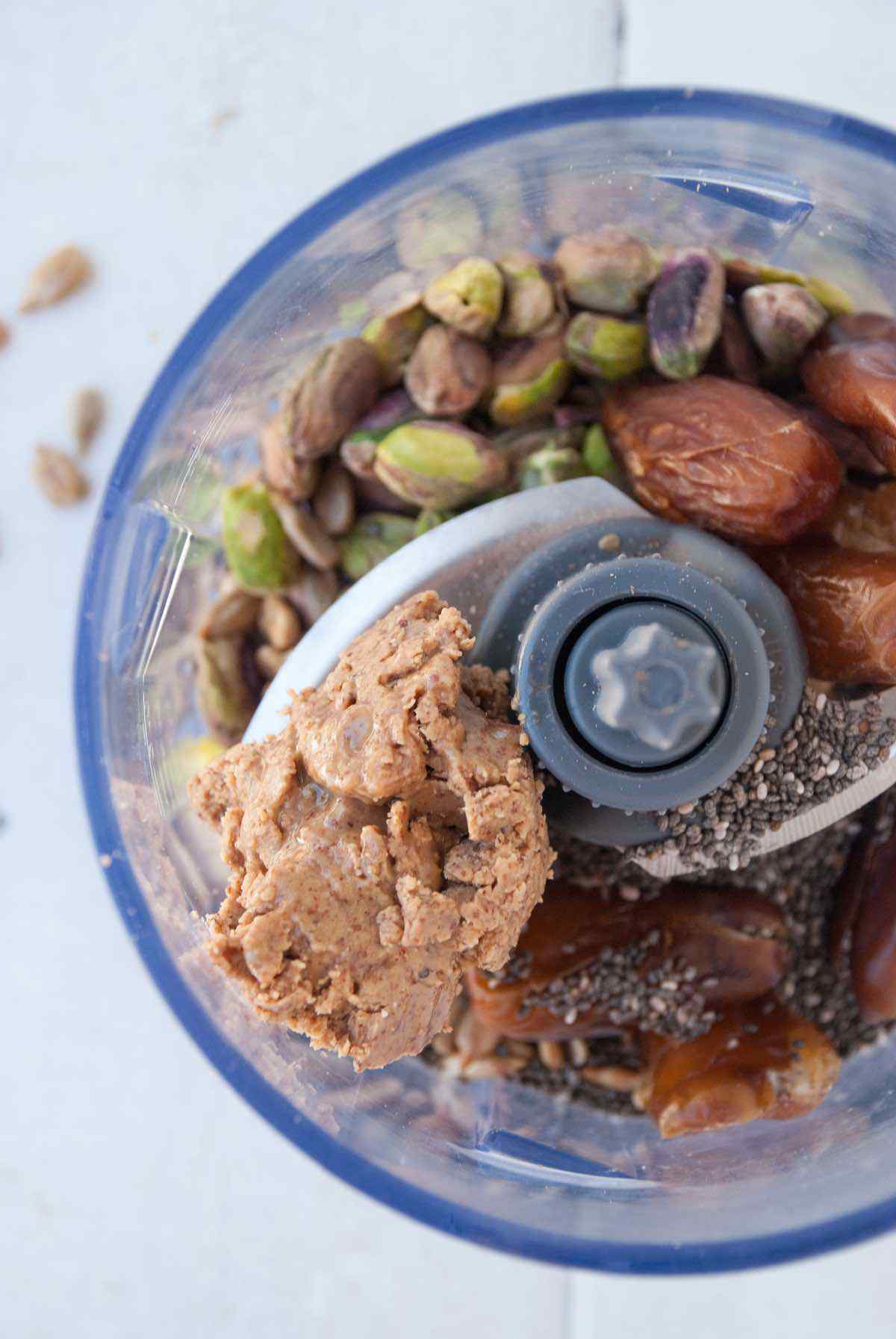 Most children talk about wanting to become very stereotypical things when they grow up like doctors, teachers, firefighters or primatologists… no wait, that was me—I wanted to be the primatologist and I was probably one of the very few children that dreamed about being one when they grew up.

When I was a kid I had a very obsessive fascination with primates—mainly great apes but really I would have taken any monkey I could get. I have no idea when or where this obsession started. Since I can remember I have been completely captivated by apes and I would sit at the zoo for what felt like hours just watching the chimpanzees build tools and groom each other. My idols were Dian Fossey and Jane Goodall and the only novels you could get me to read were really anything written by Jane. I envied the life they lived in Africa among the apes and longed to grow up and be just like them. 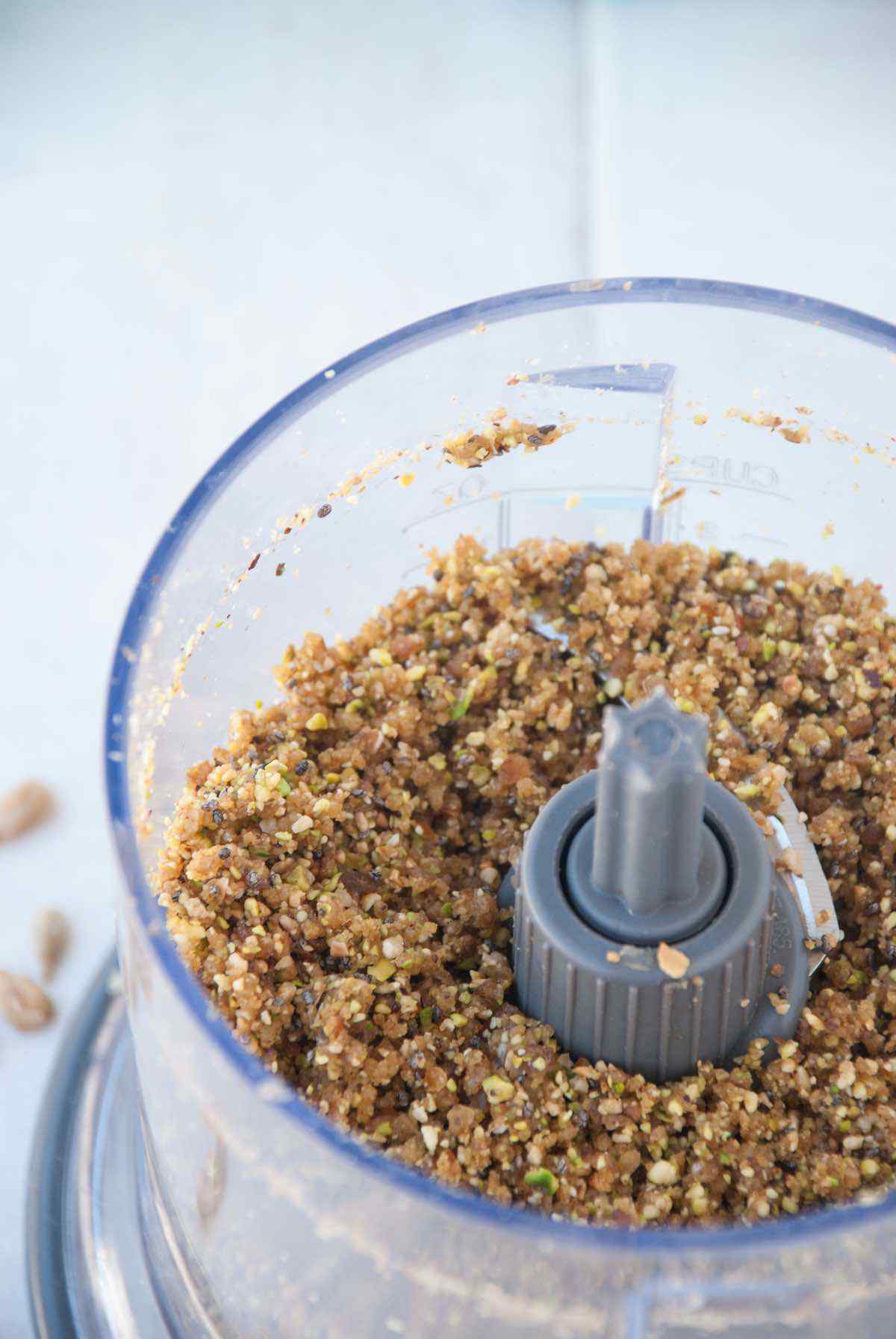 When I was about fourteen I decided on a career change and started focusing on being an actor—less promising but still much closer to home so my parents were happy about that. Although, I’m not as widely successful as my fourteen-year-old-self thought I would be, I have made a living off of being an actor (and a food blogger of course) and I still hope to make it to Africa one day to watch chimp families through a pair of binoculars while I hide behind Jane Goodall and some giant leaves. I sometimes think about what I would eat there—you know, because these are the things I worry about. If I was to go to Africa and have to live in a rain forest for a few months, I would be sure to pack a butt load of these super seed energy bites for a few reasons: they keep in an airtight container for weeks—especially if refrigerated, they are pact full of vitamins and minerals, they are high in calories, carbohydrates and fat to keep me energized while I hike through the rain forest terrain searching for apes to observe in their natural habitat and lastly, I heard chimpanzees like dates! 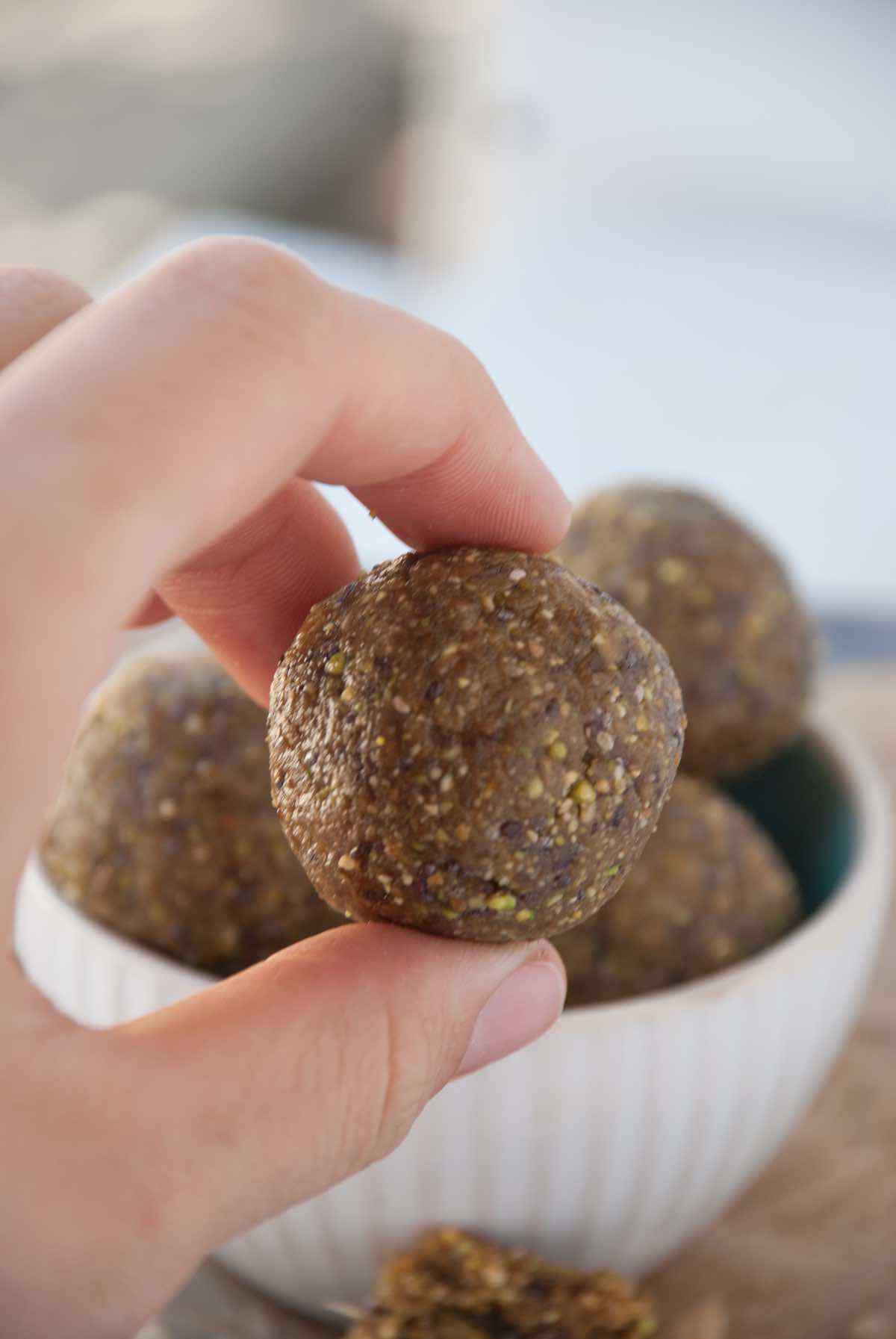 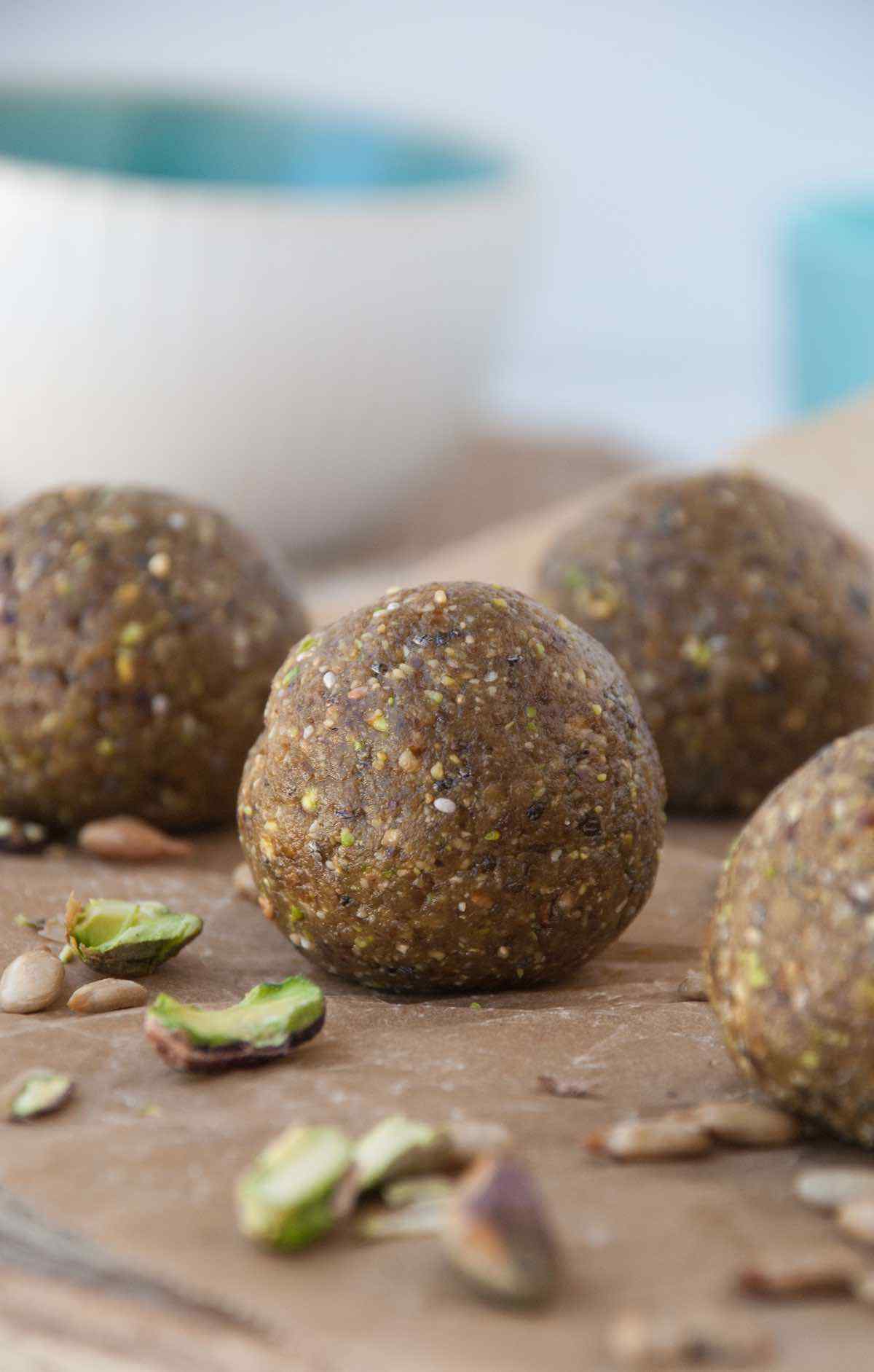 Okay, so my reasons for making these super seed energy bites probably don’t appeal to you as much as they do to me (or Jane) but they will keep you feeling great on a long jog around town or a perfect snack while on the go! Maybe one day I will enjoy these little bites with Jane herself!