There are few things better than a hot, gooey, super-messy s’more in your hands, your mouth, and all over your face. These kid-friendly s’mores recipe will re-create that experience for you, but without dairy, grains, or refined sugar. It’s a win all the way around.

1. Almond Butter Cookie S’mores Cups
If actual homemade marshmallows are a little beyond your scope of kitchen expertise, try these s’mores cups made with an almond butter cookie base for a great graham cracker flavor, a paleo marshmallow fluff filling, and a yummy chocolate swirl. 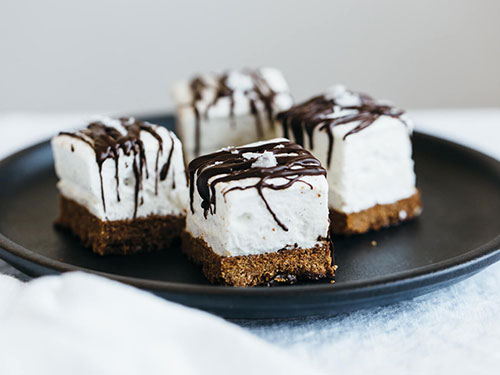 2. Salted S’mores Bites
S’mores are one of those treats that often drags up fond family memories of camping trips and summer cookouts. This version of paleo s’mores can help you cure that craving the healthy way, with homemade family bean marshmallows and a grain-free graham cracker crust.

3. S’mores Cookies
Why not bake your s’mores in cookie form in the first place? This recipe has an absolutely delicious graham cracker cookie base with molasses and cinnamon, and a toasted marshmallow frosting made with egg whites, coconut sugar, and vanilla extract.

4. S’mores Pudding Jars
Steer around the marshmallow situation altogether with these s’mores pudding cups. Instead of paleo marshmallows, this recipe uses a delicious marshmallow whip made with vanilla extract, date paste, and arrowroot starch. The chocolate pudding is made with coconut milk!

5. Paleo S’mores With Honey Graham Crackers
These s’mores are made totally from scratch with a honey graham cracker base, a paleo marshmallow with gelatin, vanilla, and raw honey, and a yummy chocolate coating. They’re perfect for toasting over the fire or roasting up in your oven on a chilly night. 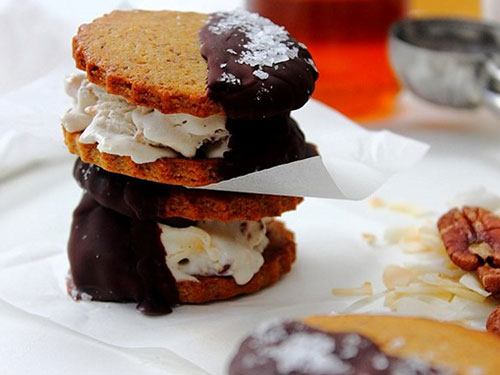 6. S’mores Ice Cream Sandwiches
Whip up some homemade graham crackers, fill them with toasted vanilla coconut pecan ice cream made with raw cashews, and dip in a homemade raw chocolate with raw cacao butter, raw cacao powder, coconut oil, and a sweetener of your choice.

7. Paleo S’mores Hot Cocoa
You don’t even have to eat your s’mores in sandwich form, you know. This fabulous s’mores hot chocolate has a coconut milk hot cocoa base, a graham topping of chopped nuts and cinnamon, and a marshmallow fluff made from egg whites, vanilla, and raw honey.

(Read this next: 47 Paleo Desserts to Satisfy Any Sweet Tooth)