My grandma was the type of grandma that religiously believed that a big bowl of chicken soup was the cure-all for just about any illness. Without fail, she would show up with homemade chicken soup within hours of learning about anyone being sick, whether it was a relative or a neighbor, or even the mailman. 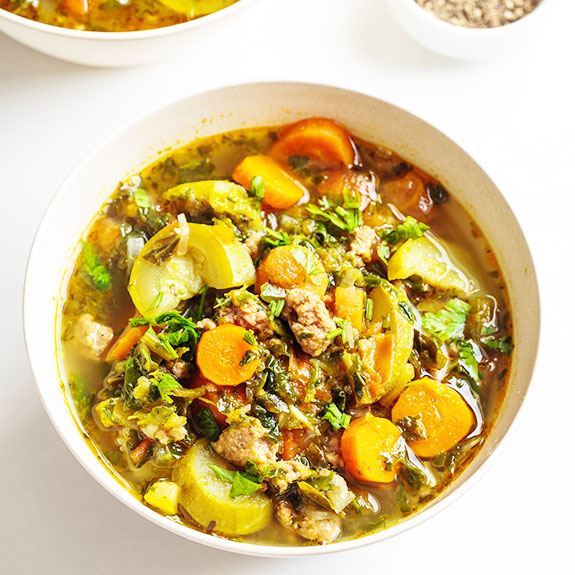 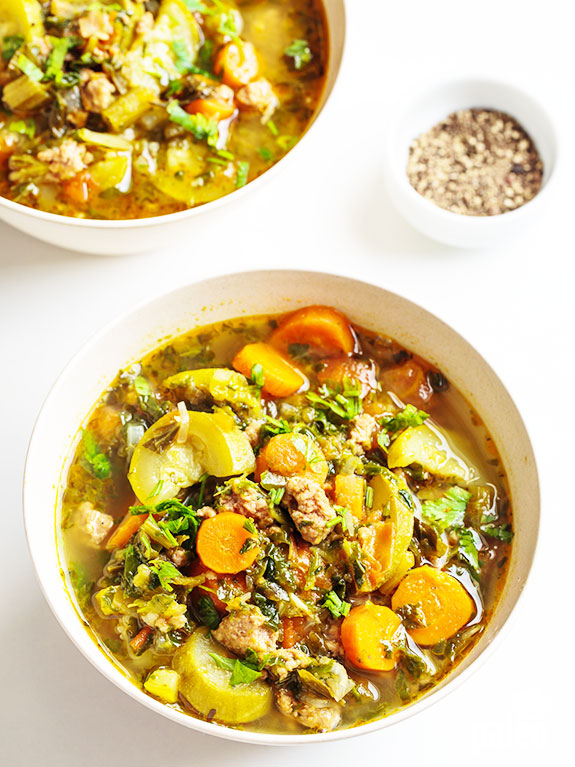 So today when I’m not feeling so hot, my first thought is always chicken soup. But I call this slow cooker Italian sausage soup my “postmodern chicken soup” because it is chicken soup, kicked up about ten levels.

A big part of my grandma’s chicken soup was noodles. Of course, I eat Paleo, so drop the noodles. But, I’m not just left with a bowl of chicken and broth. The first way this recipe bumps up chicken soup is by adding tons of vegetables. There are the normal chicken soup ones – carrots, celery, and onions – but there are some new additions (which might remind some people of Italian wedding soup): tomatoes, zucchini, and spinach.

The tomatoes add a bright, almost citrus flavor to every bite. The zucchinis, while adding vitamins and nutrients, also make a good substitution for noodles, I think. My grandma always used bowtie noodles, so zucchini pieces are about the same size and have a similar tender chewiness, so you really won’t miss the noodles at all anyway. 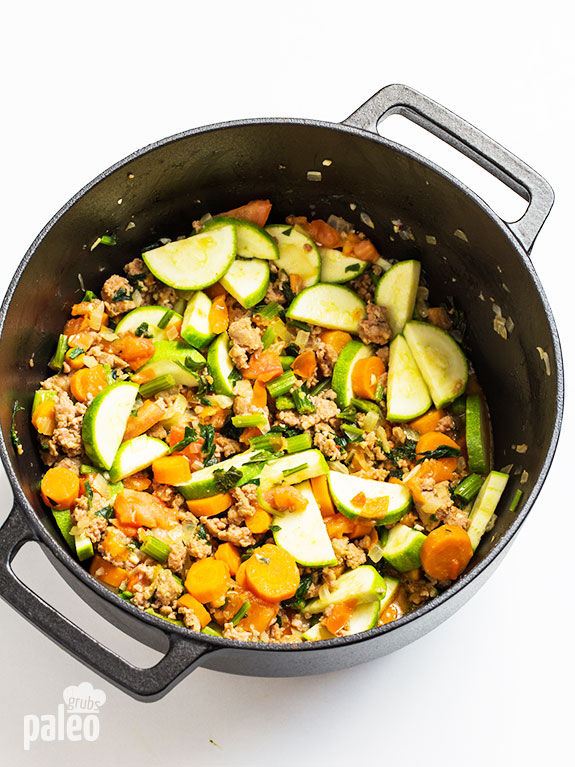 And finally, spinach – one of the kings of the vegetable world. Spinach has tons of iron. And you know what Popeye says about spinach – it will make you strong! (There’s actually some truth to that, with all the iron it has!)

Also, instead of using regular chicken, this recipe uses Italian chicken sausage. It has all the great protein of regular chicken, but the flavor is kicked up with traditional Italian sausage flavorings: fennel, garlic, oregano….YUM. You could use pork Italian sausage, but then of course it wouldn’t be chicken soup! And I’m a fan of the chicken because it has all the protein, with less fat. Perfect for Paleo eaters.

Make sure you brown your sausage and cook your veggies according to the recipe before you put everything into the slow cooker. It won’t totally ruin it if you don’t, but, trust me, you’ll have a much more developed flavor if you take this step. It will have that extra something and the flavors will all blend together better if you follow the browning instructions. 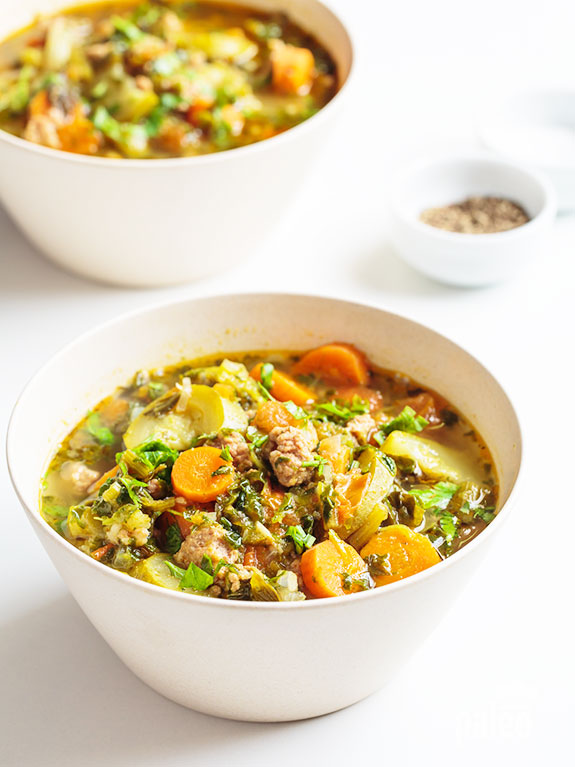 With all the vitamins and minerals in the veggies and all the protein in the chicken, whether you’re healthy or feeling a bit under the weather, this is, in fact, the ultimate get well soup. It has everything you need to keep your energy up and your immune system running its best, so eat up!