What’s better than a big steaming plate of pasta and meatballs with sauce? Paleo “pasta” with meatballs and sauce! And to make this recipe for Italian Meatballs even better, I use my slow cooker. The result is a full-bodied, rich sauce, with juicy, flavorful meatballs that make the perfect topping for zucchini noodles or mashed cauliflower (a good stand-in for polenta). Welcome to the story of my Slow-Cooker Italian Meatballs. 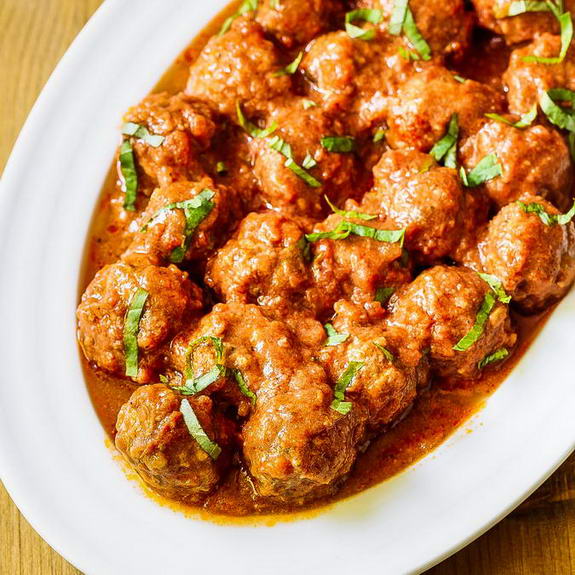 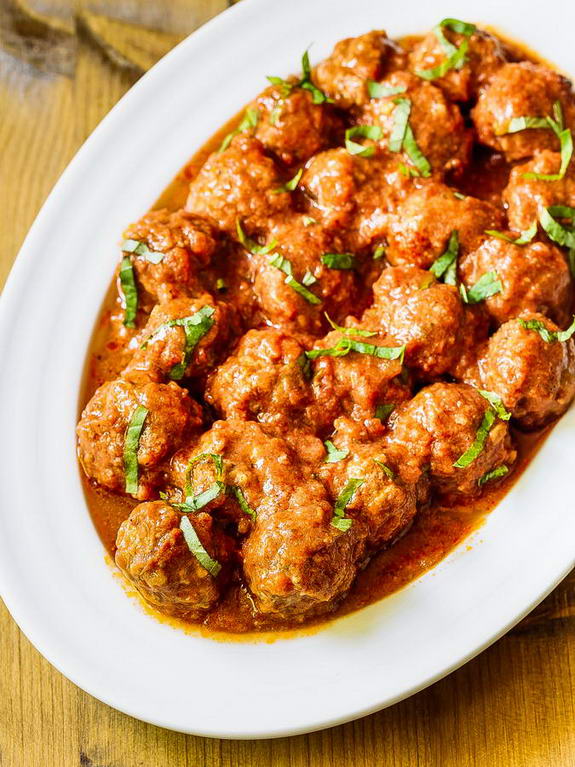 I once dated an Italian-American guy who had a big Italian-American family. Their family’s traditions dictated that every Sunday, his grandmother and mom would cook a big pot of red sauce and a big batch of meatballs that would last the entire week. We would get sent back to the city on Sunday evening with large plastic containers full of the stuff that we would use to top pasta and polenta almost every day. This was, of course, my pre-Paleo days. I dated him for a little over a year and with all that pasta and sauce and meatballs, I gained – actually, let’s not talk about that. Let’s just say “I gained.” 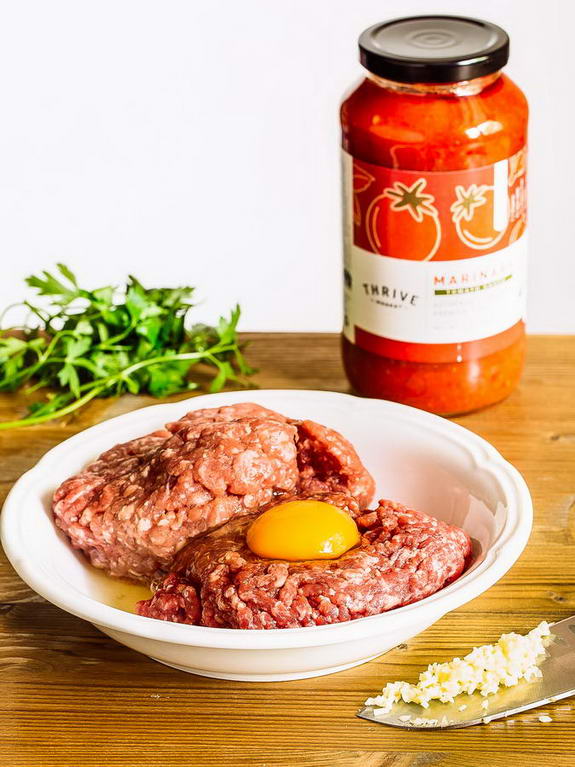 But when we broke up, boy did I miss those meals. But I used the knowledge I had gained to try to occasionally replicate the sauce and meatballs. I pretty quickly decided that making sauce from scratch would be a once-a-year kind of thing instead of a once-a-week event. It just took too much time I didn’t have. But store bought sauces were simply no substitute. 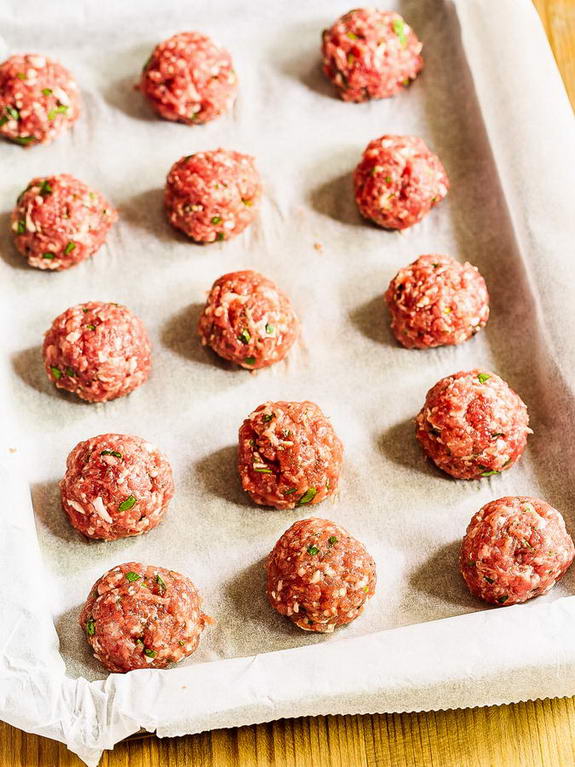 Until I remembered one tip my ex’s grandmother had given me: sauce was never made with just one kind of meat. It was the mix of meats that helped the flavors really develop in the sauce. So I started buying ground pork and ground beef, browning it, and then pouring in the sauce and bringing it to a low simmer for 5 to 10 minutes. 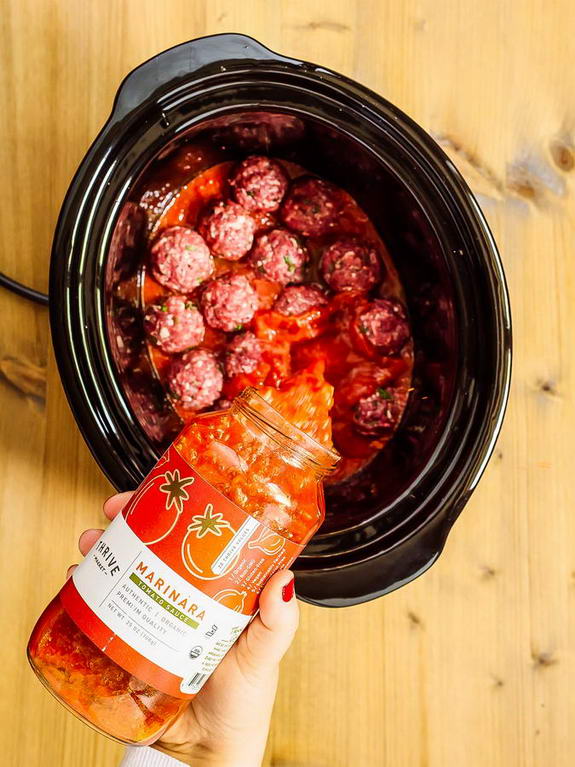 It was better, but I knew that I was missing a crucial element: time. That’s when a light went off in my head: the slow cooker! If you’ve read more than a couple of my posts, you’ve discovered how much I love my slow cooker already. Meat cooked in a slow cooker retains its moisture and gets infused with the flavors that are with it in the slow cooker. And as much as I love meat sauce, I love meatballs probably twice as much. So my recipe changed for the better again. 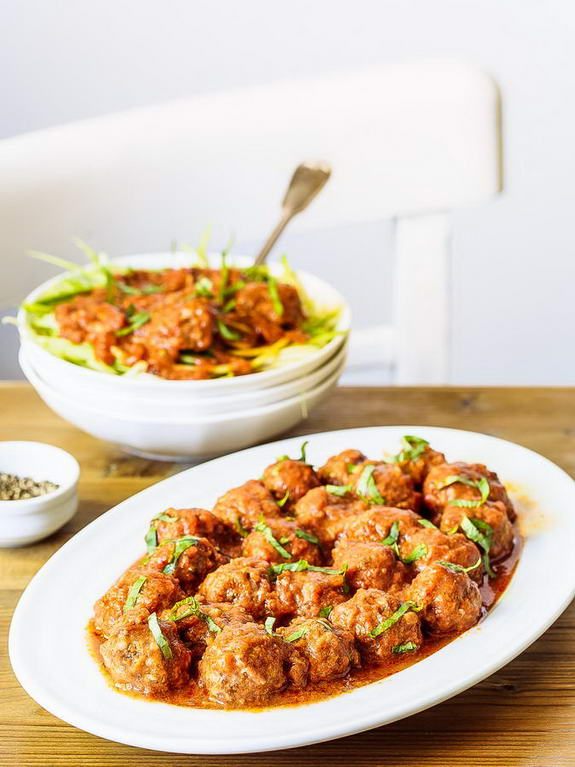 When I first started Paleo, I had an initial mini-heart attack thinking about never eating pasta or polenta ever again. Luckily, I discovered zucchini noodles pretty quickly, and mashed cauliflower not too long after. They made great substitutes for pasta and polenta.

(Make this next: Whole Cauliflower Braised in Tomato Sauce)