The Lunch Lady knows you like ‘em sloppy, and here are the best Paleo sloppy joe recipes we discovered. A sloppy joe is a rather simple concoction, and the only things you have to be wary of as a Paleo eater is the ketchup that’s typically used in traditional recipes as this usually contains added sugar. You’ll also want to lose the bun or use a substitute for the bun, or a Paleo friendly hamburger bun. Remember: don’t write off recipes just because they contain a few things that you can’t have. Try to think of ways to sub in healthier fare that still gets you 90% of the way there. Paleo isn’t a limiting diet, it just forces you to be more creative. 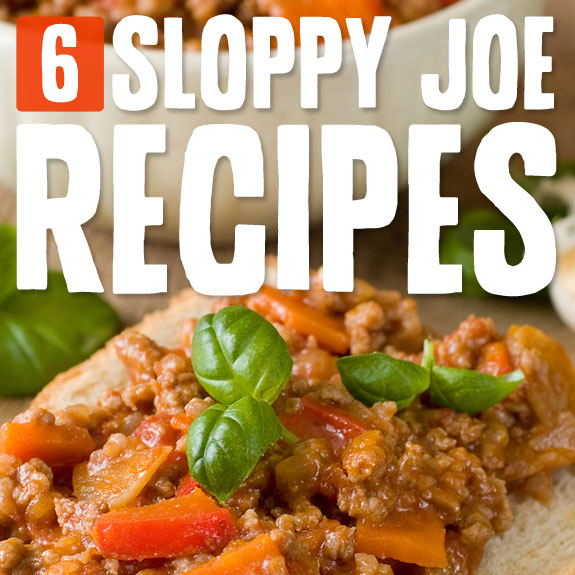 1. Paleo Sloppy Joes From Scratch
This is our favorite Sloppy Joe recipe because she shows you how to make everything you’ll need for a complete Sloppy Joe meal, including the buns. This means that as a Paleo eater you can dig into these sandwiches with no worries that you’re breaking any Paleo guidelines. Outsiders are often surprised to see the sort of things you can eat on the Paleo diet, and this is one of them. The buns are made without any flour, and the barbecue sauce is made without refined sugar. They may not look like the sort of Sloppy Joe’s you get when using a can of Manwich and store bought buns, but the aesthetic trade-off is worth it. 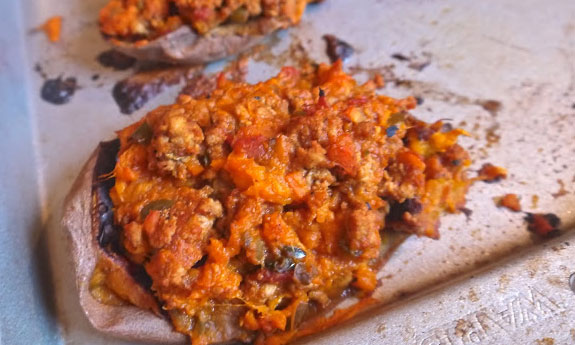 2. Sloppy Joe Sweet Potatoes
Serving your Sloppy Joe on a sweet potato is one way to get around the issue of the hamburger bun. It’s also a way of adding antioxidants and fiber to your meal that a hamburger bun just doesn’t supply. One thing you’ll find when you start eating Paleo is that many of the substitutions add to the nutritional value of your meal, rather than just being a spot filler. You can choose your ground meat on this one, going with the traditional ground beef, or branching out into ground chicken or ground turkey. As a Paleo eater you should also think about using ground buffalo or ground venison to really bring things back to a time when we ate wild game exclusively.

3. Spiced Sloppy Sams
Spicing up your sloppy joe recipe it’s a great way to add plenty more flavor to the dish all while keeping it easy and Paleo friendly. This recipe doctors it up so much they decided to give it a new name, with Sam taking over for Joe. Cloves, allspice, chili powder, and cinnamon will make this really stand out in the world of sloppy joes, and you may just embrace this as your new standard recipe for the sloppy stuff. This is another example of a sloppy joe recipe that doesn’t use a hamburger bun, but has opted for sweet potatoes instead.

4. Sloppy Bobs
Bob thinks he can make sloppy joes better than Joe himself. One thing he’s getting right is getting rid of the bun and serving this on a bed of greens. Anyone that doubts the Paleo diet likely doesn’t have a good idea of what it entails. The focus is on getting both meat and vegetables, not just meat, so this is an example of a very Paleo way of eating sloppy joes. What we liked most about this recipe is the wide assortment of seasonings and herbs that go into it. You’d be hard-pressed to find another sloppy joe recipe with so much going on, but it’s all worth it, and it all works to combine a dynamic “Sloppy Bob” that you’ll be happy you tried. 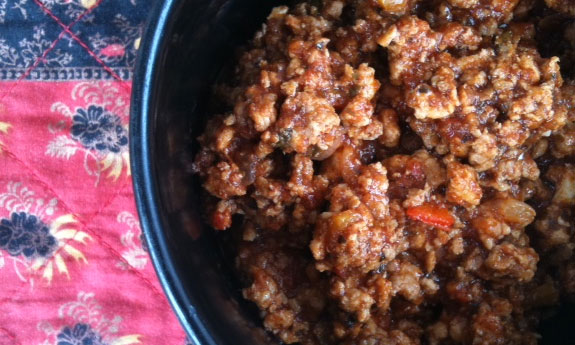 5. The Accidental Sloppy Joe
Here’s a Sloppy Joe that didn’t’ start off as a sloppy joe, but that’s how it finished. She started off with chili in mind and ended up with a sloppy joe mixture. Our early ancestors had to figure out how to make lemonade from lemons, or rather meals out of whatever they could find, so putting a positive spin on what other chefs might call a failure is part of the Paleo process. It’s not a ruined chili, it’s an amazing sloppy joe! What is most amazing is the fact that she’s using three different types of meat in this, pork, beef, and turkey. This isn’t something a caveman would have done, as they would have been content with just one hunting expedition gone right, but it’s sure to bring an extra depth of flavor to the meal.

6. Sloppy Grok
How would a caveman eat Sloppy Joes? Probably like this! These are definitely sloppy, but you won’t have to get your hands messy because you can eat it with a fork. Instead of a hamburger bun they’re using portobello mushroom caps, which just happen to be the right size, and provide you with a serving of vegetables with each bite. He says that if he has some handy he’ll use leftover chili, which is a great idea, and very resourceful, since sloppy joes and chili have a lot of common ingredients. You don’t have to rack your brain thinking up a new dish every time you get hungry, just think of what you can make with what you have available.