Shrimp scampi is the sort of dish that was made for the Paleo diet. It’s very simple to prepare, and requires very little adjustment from a traditional recipe, with very similar-tasting results. It’s perfect for those just starting out because it provides loads of flavor and is ready in about 20 minutes. 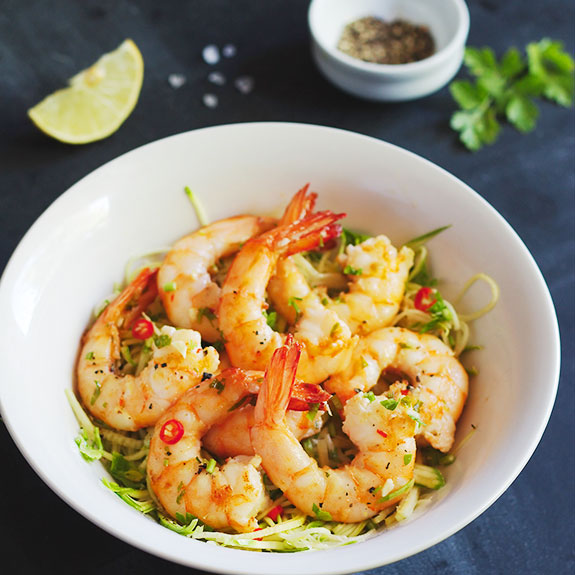 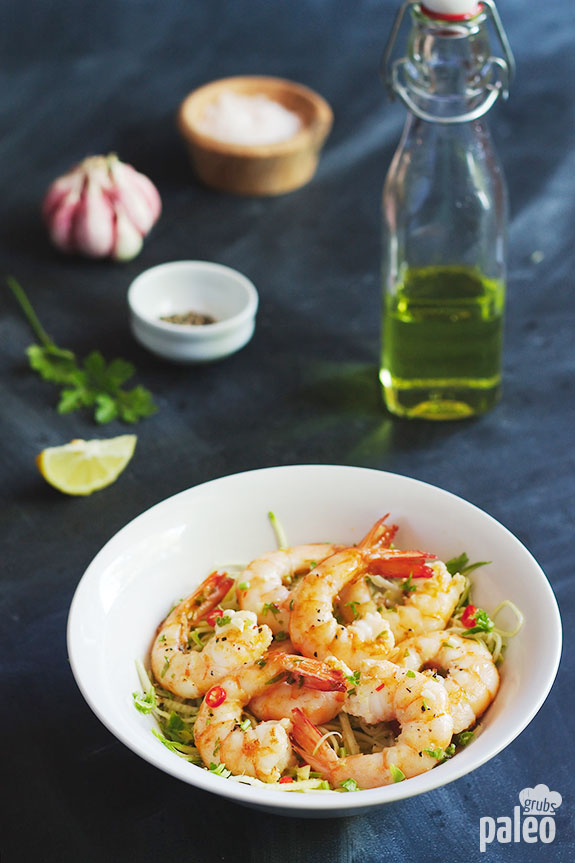 The one thing that you’ll notice is that traditional pasta has been swapped out for zucchini pasta. This pairs up the shrimp with a vegetable, making it more of a complete meal, and also helps you avoid all those carbs that come from regular pasta. Paleo isn’t about counting carbs, it’s about making better food choices that have the natural byproduct of reducing your carb count.

A julienne slicer is going to be your best friend because it will help you make perfectly cut pasta strings out of zucchini and other veggies that lend themselves to the process. Trying to make zucchini pasta without the right slicer is not recommended, as it will likely just frustrate you and take a lot longer if using a knife. 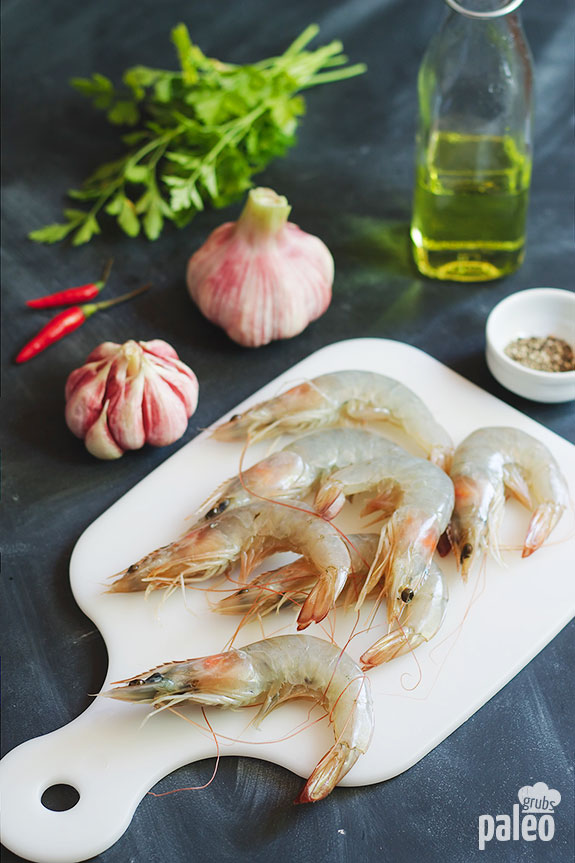 Now back to the scampi! I used to love going to Red Lobster and getting their shrimp scampi, but after doing some research I realized that they don’t actually have to be swimming in a pool of butter to taste good, and that many traditional recipes have them sitting on a bed of pasta. That was my inspiration for this dish, a cleaner, healthier version of shrimp scampi using nothing but Paleo ingredients. 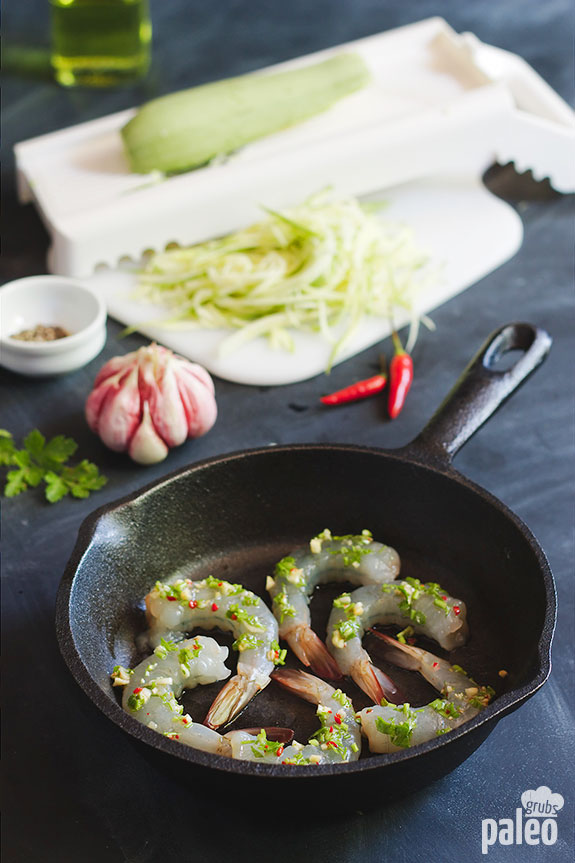 Pick out the plumpest, most beautiful looking shrimp you can to get the best results in this dish. Since shrimp are so front and center you want them to look their best. I go with jumbo shrimp because by the time they’re finished cooking they shrink down a bit into just the right size. If you start with smaller sized shrimp don’t be surprised when they’re even smaller by the time it’s done.

Be sure to devein the shrimp, cleaning out the vein that runs pretty much the entire length of the shrimp. This is the shrimp’s digestive tract and will be full of whatever they were eating at the time they were caught. Since they’re bottom feeders it could contain any number of things you wouldn’t want to eat.

Because this dish cooks up so quickly, it’s the perfect candidate for those times when you’re hungry but don’t have anything prepared. Keep a stock of shrimp in the freezer just for this purpose, although fresh shrimp will make it taste even better. 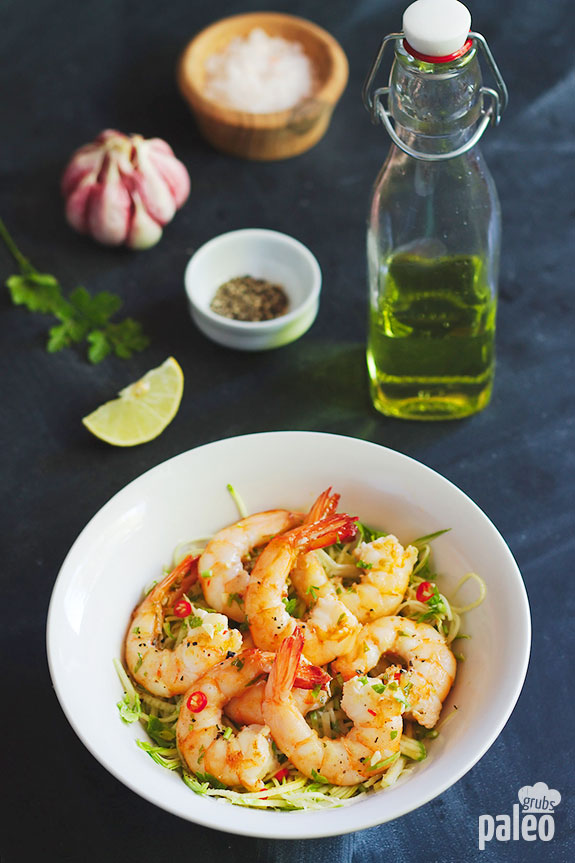 So even though they’re not swimming in a butter sauce they still taste amazing, thanks to the olive oil, lemon, parsley and garlic. The zucchini noodles add just the right touch and make it a nice meal in no time.