Alfredo sauce is given a lighter, dairy-free makeover in this recipe that uses coconut cream as the base. A seafood combination is simmered in the silky alfredo and then served over easy zucchini noodles for a tasty meal. 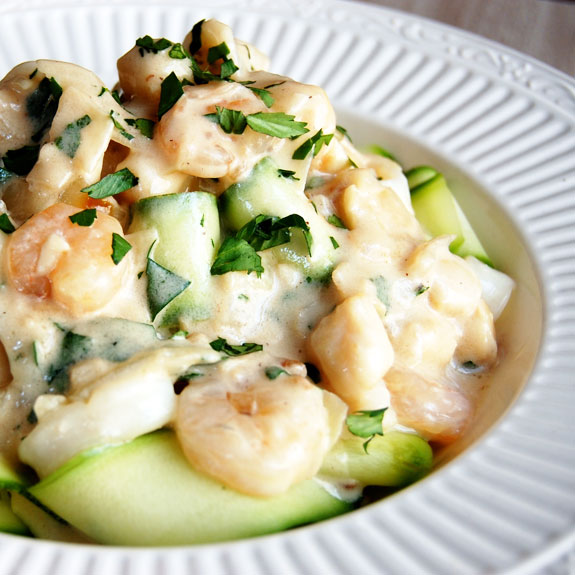 I have made another version of Paleo alfredo sauce with pureed cauliflower, but I wanted to come up with something lighter and less time-consuming than that attempt. Both versions taste very good, but to accompany seafood and zucchini noodles I definitely prefer this coconut cream alfredo. Cauliflower alfredo is better served with chicken and spaghetti squash.

To create the coconut cream, I refrigerated two 14-ounce cans of full-fat coconut milk overnight. After opening the cans I scooped out the top part that had thickened into cream. I needed the cream from two cans in order to get 1 heaping cup. The leftover watery coconut milk in the cans was incorporated into a smoothie. 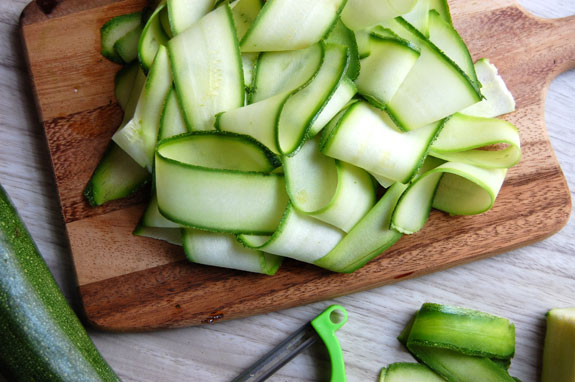 For this recipe I list several different kinds of seafood because I used Trader Joes seafood blend. A new Trader Joes store just opened four blocks from my apartment, and I cannot describe how happy it has made this girl. Free samples all day! Back to the recipe though, the seafood blend provides a little variety, which I like, but you can also use only shrimp, or calamari rings, or scallops, in the recipe instead of all three. 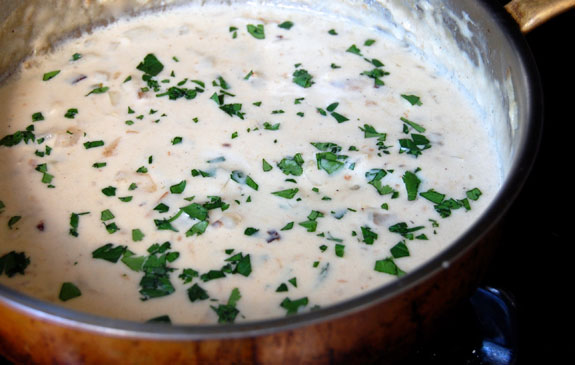 The seafood is simmered with the coconut cream and ghee, and then removed from the pan so that it does not overcook. You want to avoid overcooked seafood, especially scallops, because they can become tough or chewy. After spooning out the seafood to rest in a separate bowl, the alfredo sauce is simmered for 15-20 minutes in order to reduce and thicken. Give the sauce a taste while it reduces to see whether it needs more salt or herbs, and adjust accordingly. 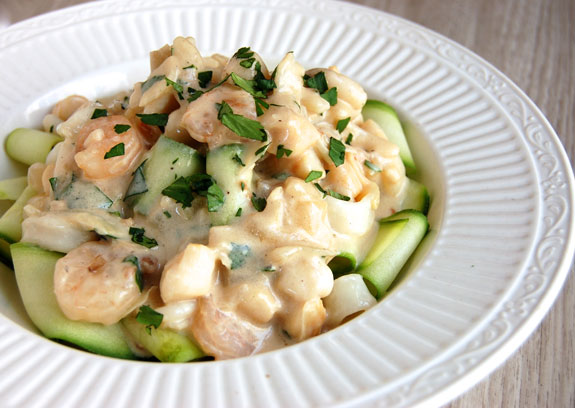 While you are waiting for the sauce to simmer, use the time to grab a peeler and slice some zucchini into ribbon-like noodles. Then all that is left to do is add the seafood back into the sauce, and spoon everything over the noodles to serve up a deliciously creamy dinner.