Pecans and pumpkin make a wonderful sweet and nutty pairing in this ultimate fall dessert. Your taste buds will thank you and so will your body, because you are indulging in healthy, gluten-free sweets. Especially during the time of year when temptation is everywhere in the form of baked pumpkin goods and Halloween candy. 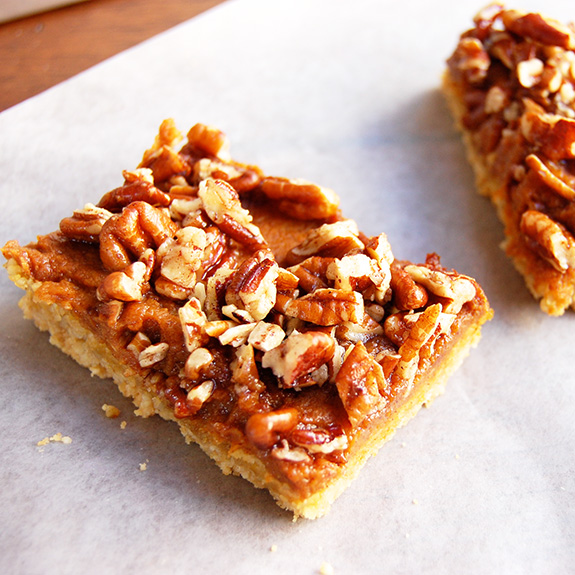 Begin by making the crust for the bars. The crust is fairly simple, mainly based in almond flour. Once the crust ingredients are mixed together, press the crust into an even layer in an 8×8-inch baking dish. Bake for 10 minutes to set, and then remove from the oven and let cool. Step one is complete.

The second step is to mix pumpkin puree with some popular fall spices. You can use your favorites, or the combination that I suggest below. I know that a lot of people have a pumpkin pie spice already in their cupboards, which would also work well here. Once the filling is pleasing to your taste buds, spread it in a thin layer over the baked crust. You might have some pumpkin puree left over, but there are plenty of other recipes you can make with that. 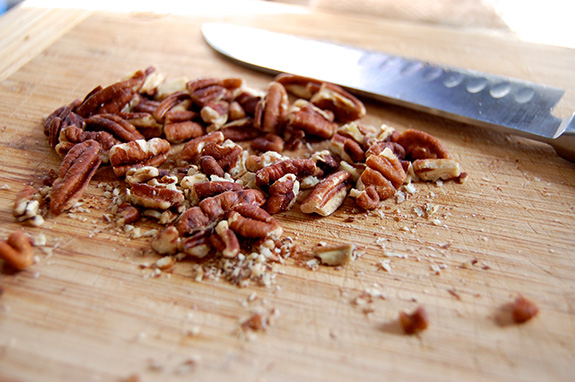 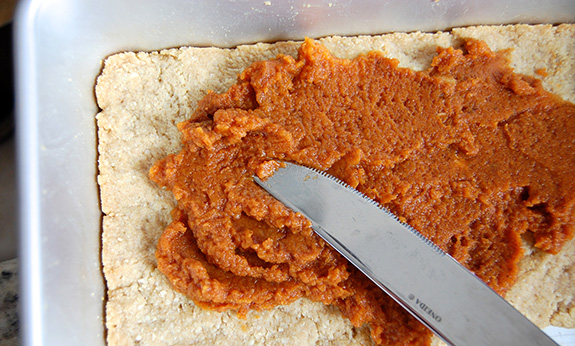 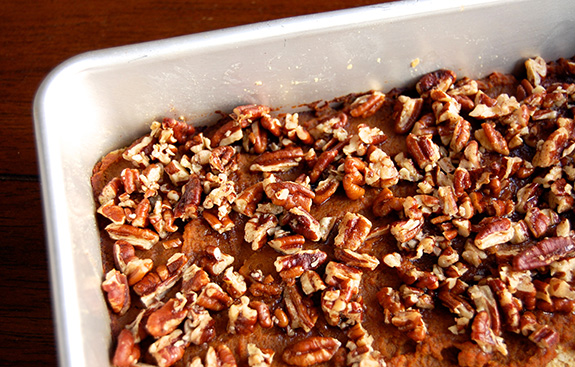 The third step is to prepare the streusel topping. In the traditional sense, streusel is made of flour, bread, and sugar, none of which are eaten on the Paleo diet. So we make a different delicious version using nuts, maple syrup, and coconut oil. I chose pecans because I love pecans with pumpkin, but walnuts or almonds would also work well. Mix the chopped pecans together with the other few ingredients for the topping, and sprinkle over the pumpkin layer. Then bake everything together in the oven for 15 minutes more. 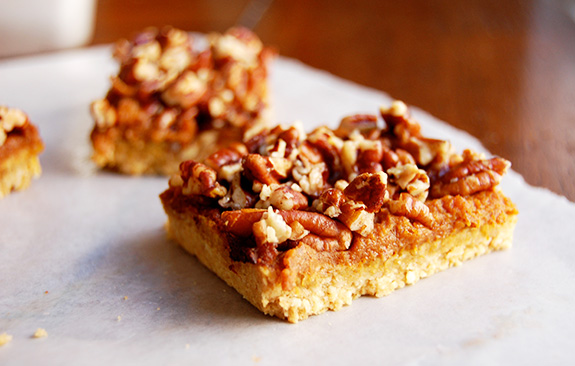 This dessert can be served warm out of the oven or chilled after spending some time in the refrigerator. I prefer them served cold. The simple and nutty streusel topping adds just the right crunch to the bars. These gluten-free dessert bars, with layers packed full of flavor, are perfect for the fall.