1. Simple Paleo Pumpkin Butter
Make this pumpkin butter in a saucepan with pumpkin puree, coconut oil, raw honey or maple syrup, ground cinnamon, ginger, cloves, and a pinch of salt. It’s rich and creamy, tastes like pumpkin pie, and can be used as a spread or an ingredient in other recipes. 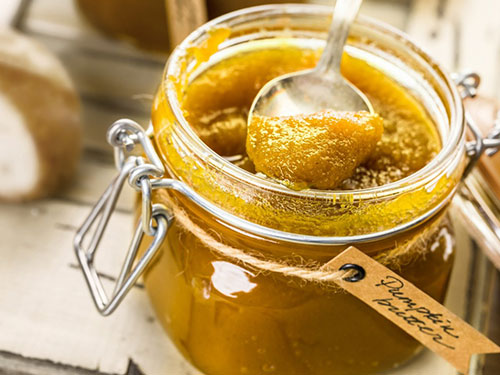 2. 30-minute Paleo Pumpkin Butter
The slow cooker versions are my jam, but if you need pumpkin butter for a recipe you’re about to make, you might not have 12 hours to spare. Try this delicious half hour version with coconut sugar, maple syrup, apple juice, lemon, pumpkin puree, and spices.

3. Crock Pot Paleo Pumpkin Butter With Vanilla Bean and Port
I love pumpkin butter made in the slow cooker—it’s so rich and tasty, and the other flavors in this one are fantastic. You’ll need pumpkin, ruby port, coconut sugar, maple syrup, vanilla bean, salt, black pepper, cayenne, and cinnamon. Put it on everything or eat it off a spoon. Yum.

4. Easy Homemade Apple Cider Pumpkin Butter
This pumpkin butter is sweetened with maple syrup and apple cider for a deliciously fall-perfect flavor, along with pumpkin pie spice and extra cinnamon and cloves. This recipe makes a smaller batch, so you can whip it up when you need it.

5. Lightened Up Raw Pecan Pumpkin Butter
This thick pecan pumpkin butter makes a perfect dip for fruits and veggies, but it’s tasty enough with vanilla, coconut oil, maple syrup, and spices that you’ll enjoy it spread across the top of paleo bread, paleo muffins, or delicious paleo waffles for breakfast. 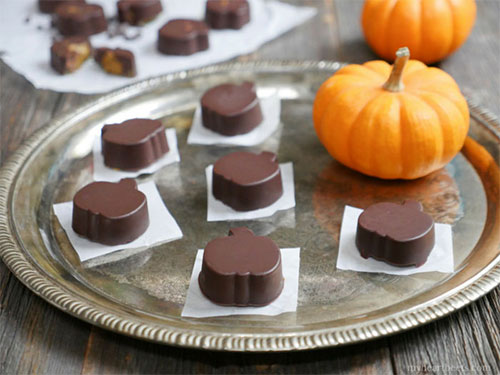 7. Pumpkin Butter Cinnamon Rolls
This fun recipe is for deliciously buttery pumpkin butter cinnamon rolls, with pumpkin in the roll, the filling, and the topping. So much pumpkin, so much goodness. The recipe even provides two different frostings—one with cream cheese, and one dairy-free. Yum!

9. Maple Pumpkin Butter
Maple and pumpkin are comfort flavors, and they make me think of cozying up by the fire with a mug of hot apple cider or hot chocolate and enjoying something tasty and pumpkin-filled. Whatever it is, I’d want to top it with this maple pumpkin butter. 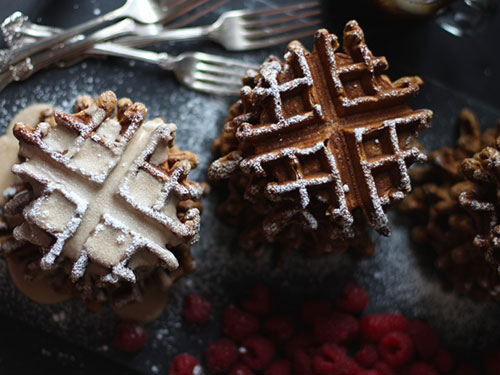 10. Pumpkin Butter Waflfes With Maple Cinnamon Glaze
This recipe takes a few modifications, but when you replace the brown sugar with coconut sugar and use powdered coconut sugar in the glaze (or leave it out), you’re left with an awesome recipe for paleo pumpkin butter waffles and a yummy drizzle

11. Simple Crock Pot Apple Pumpkin Butter
Made with just a third of a cup of palm sugar as the sweetener, this tasty apple and pumpkin butter happens all in your crock pot and is full of delicious flavors from lots of spices, like cinnamon, nutmeg, ginger, cloves, and a more unusual addition-cardamom.

12. Cinnamon Apple and Pumpkin Butter Custard Muffin Cups
Custard is a delicious breakfast, in my opinion. It’s warm, creamy, sweet, and filling, so it’s yummy way to start the day—especially if you enjoy it in the form of these apple and pumpkin butter custard cups, made with applesauce, pumpkin butter, almond milk, cinnamon, and more.

13. Maple Spice Squash Butter
This isn’t exactly pumpkin butter, but it’s a fun twist I wanted to include to get your imagination going. Use a pumpkin butter process with vanilla, cinnamon, maple, and more, but make it with roasted butternut squash instead of pumpkin. It’s delicious! 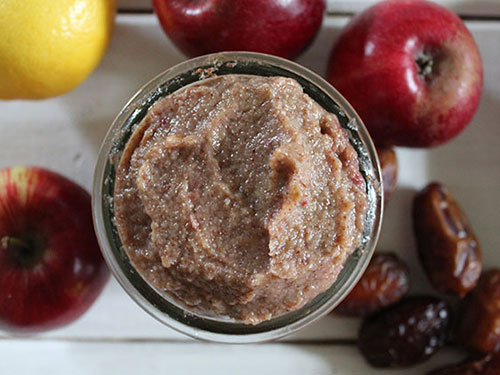 15. Pumpkin Butter Alfajores
Alfajores are a traditional South American cookie usually made with cornstarch—for this recipe, replace the cornstarch with arrowroot starch and leave out the whiskey (unless you want to leave it in!) to enjoy these deliciously crispy, pumpkin butter-filled cookies.

17. Pecan Pumpkin Butter
This recipe is sweetened with just stevia and a hint of honey, so you can enjoy it without guilt! Make it with a milk of your choice, pumpkin puree, cinnamon, pumpkin pie space, vanilla extract, stevia, honey, and sea salt. Put it on everything. 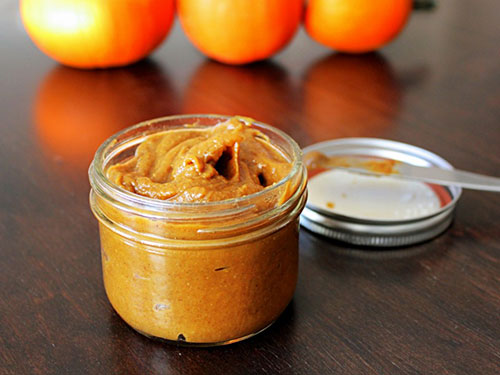 18. Simple Pumpkin Butter
This recipe needs nothing but pureed pumpkin, honey, pumpkin pie spice, cinnamon, and cloves. It keeps in the fridge for about two weeks, but if you use safe freezing methods, you could keep it in the freezer for much longer!