Assembled in layers, this dessert combines the bold flavors of chocolate, coconut, and pumpkin. No oven or stove time is required, just a good blender or food processor for mixing together all of the ingredients. The separate layers come together to make a silky, scrumptious guilt-free treat. 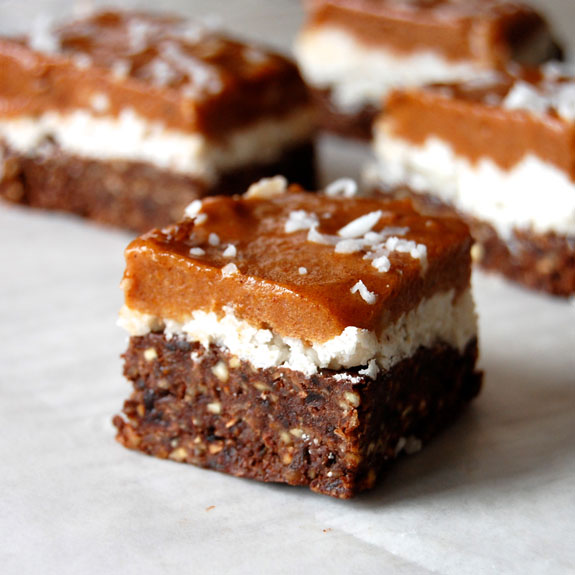 I love to talk about food with friends, and when someone described a recipe that she saw for Paleo pumpkin bars I knew I had to try them. I had a bit of pumpkin puree left over this weekend after making some delicious pancakes, so I decided it was time to give the pumpkin bars a try. The bars can easily be split into three main steps: the base, the coconut cream, and the pumpkin layer.

The base combines almonds, dates, and cocoa powder in the food processor to make a sort of dough. The food processor is used in all three main parts to the recipe, so I just gave it a quick rinse in between steps. The dates help to bind the almonds together and the cocoa powder lends a delicious chocolaty flavor to the bars. 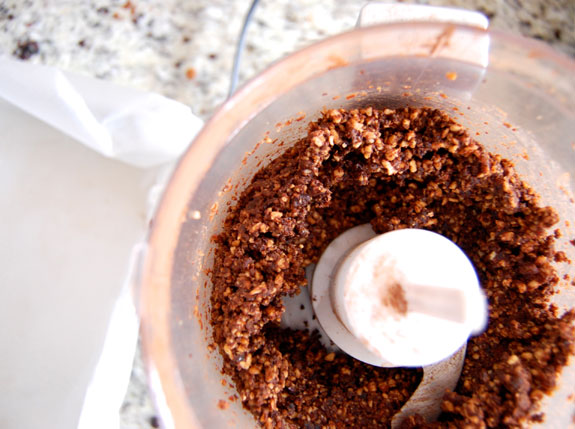 The layers can be spread out as thick or as thinly as you prefer. I suggest using a bread loaf pan to place the base layer in, but you could also use an 8×8-inch square baking pan if you would like to spread it out more thinly. 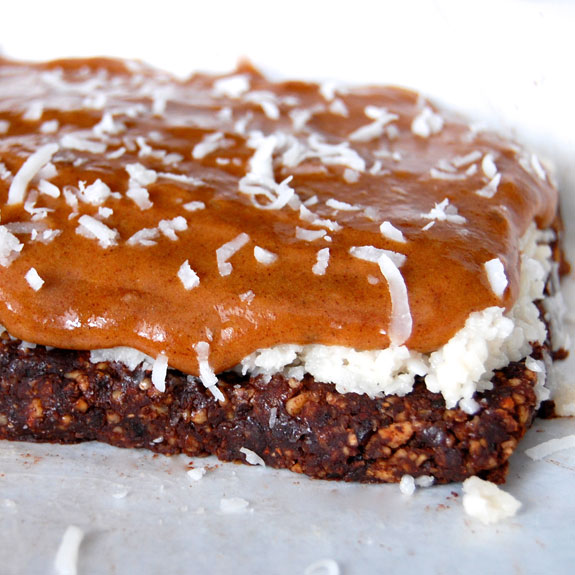 For the middle layer, you are essentially making coconut butter. Coconut flakes and coconut oil make the base of the butter, and vanilla is added for sweetness. The vanilla is optional in this step. The food processor should blend for quite awhile in order to get the butter-like consistency. And my blender has a tendency to get warm when its blends for that long, but so far no problems have arisen. The coconut layer will probably make the largest difference by how thickly or thinly you prefer to spread it. I did not even use all of my coconut butter for the middle layer, so I had some left over.

Finally, for the top layer, pumpkin is blended with a little bit of banana for texture and honey for flavor. After blending everything in the food processor, try a little taste to see if it could use more cinnamon or a pinch of pumpkin spice. This is the creamiest layer, and the easiest to spread. After spreading on top of the coconut cream, immediately transfer everything to the freezer so that the pumpkin layer does not start running off the top. 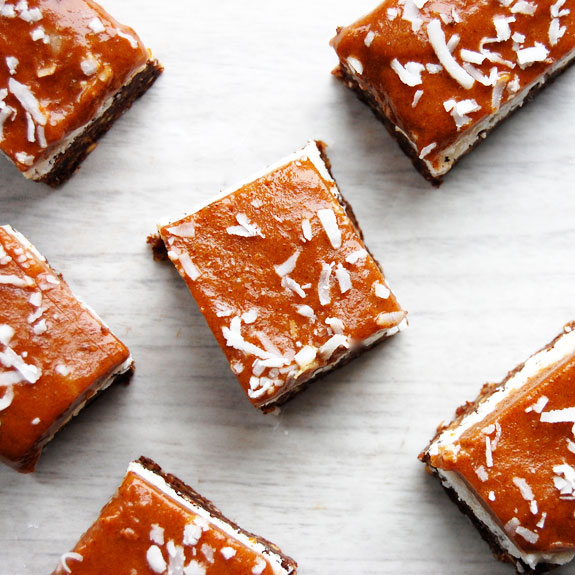 After about an hour my bars were hard enough to keep their shape when I cut into them. If you do not eat all of them, they can be stored in the freezer. I like to have them stored away for a small bite-size dessert after dinner. Just a little something sweet.