No need to give up pizza if you’re doing Paleo, as there are plenty of crusts you can use, and there are plenty of meat and vegetable topping options for you to choose from. It’s getting the grains out of the crust that is priority one here, as most pizza crust uses regular flour made from grains. You’ll be surprised how many creative ways people have come up with to make a tasty pizza crust without using traditional ingredients. That’s the power of pizza. 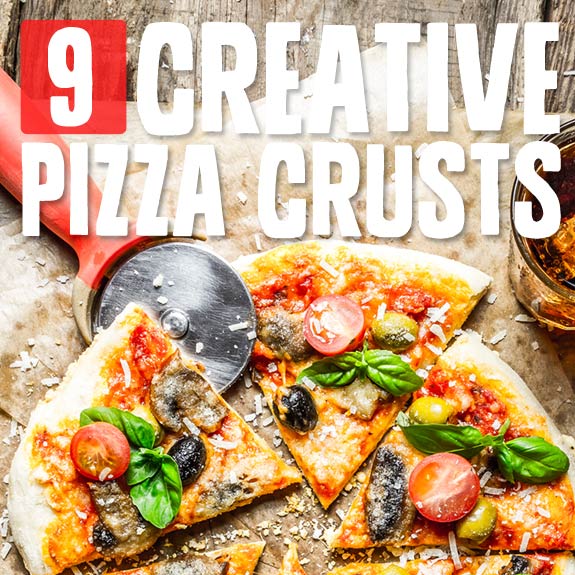 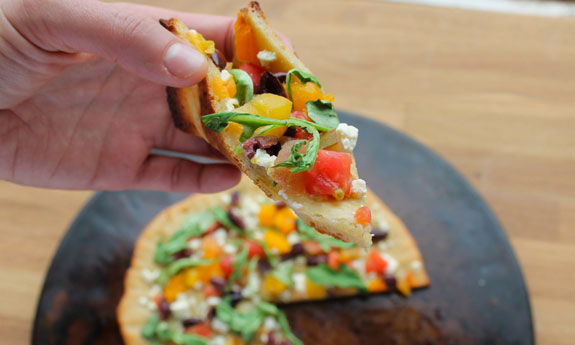 1. NY Style Pizza Crust
Perhaps no pizza is more popular than New York style, except for Chicago maybe, But this recipe shows you how to get the classic taste of New York pizza without using all-purpose flour or bread flour, neither of which is Paleo friendly. Instead this is using almond flour, which is fine on Paleo. It’s also using tapioca starch, which some debate whether or not is purely Paleo. Top this with your favorite New York style toppings, like pepperoni and meatballs, just don’t forget the vegetables. You can add as many as you want, and a good ratio would be half meat and half veggies.

2. Paleo Pizza Crust
This pizza crust is unique because it has you infusing the crust itself with seasonings, so you’re getting wonderful flavor in every bite. It uses almond meal as the base ingredient, which is a popular choice in Paleo cooking as a flour replacement. It provides many of the same qualities while coming from a nut instead of wheat or grains. This is a nice recipe because you are free to add your own toppings, and it’s a very versatile crust that goes well with many different assortments of ingredients.

3. Cauliflower Crust
This is where it gets interesting because they took out the grains, and just said hey, let’s make a crust out of cauliflower. Cauliflower is one of the healthier vegetables you can eat, because it comes from the same family as broccoli and cabbage. But it’s more versatile, and you can use it to replace mashed potatoes or in this case make a pizza crust out of it. The best part is that it actually tastes good because of all of the other ingredients you’re using in it. For example, there’s some coconut flour being used so you’ll get the right texture in the finished product. 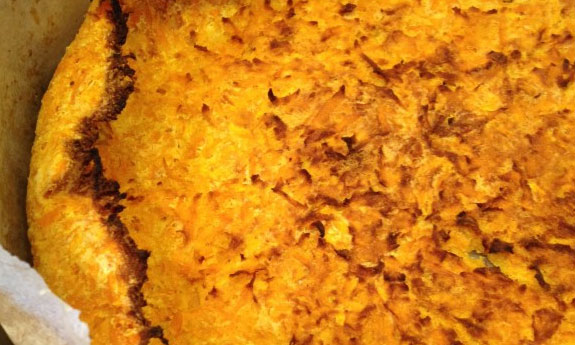 4. Carrot Crust
Just like with the cauliflower crust, they’re using a vegetable as the base in this one. Here they’re also using coconut flour to make it taste right, but the carrots are going to give it the bulk you’d expect from a thick pizza dough. The orange color might throw you off, and you’ll want to be a fan of carrots to try this one, but since you’ve got your veggie covered in the crust you can pile on as much meaty topping as you want and still be following the guidelines of eating Paleo. Carrots of course have beta carotene, which is famous for helping with your eyesight and provides other benefits to your body as well.

5. Another Paleo Pizza Crust
This is a good crust if you typically like to order your pizzas with the thin crust option. It’s using tapioca flour as the flour substitute, and the rest of the ingredients all fall under the Paleo friendly column. There’s olive oil, which is a Paleo approved food, as well as sea salt, the only salt you should be using on Paleo, and there’s also a bit of almond flour used for taste and texture. Recommended toppings include baby spinach, or broccoli, things with fiber so that you can keep your digestion moving along.

6. Portobello Crust
One easy way to make sure that a crust has no grains in it is to get rid of the crust completely. Here they’re using portobello mushroom caps as the pizza crust, so no worries as to whether there’s any grains used. The nice part about it is that the mushrooms may not have the same texture, but they are good at holding all of the toppings, and you can follow their lead or come up with your own topping ideas. The portion size ends up being just right, and you can make it as meaty as you want since the vegetable is built in. 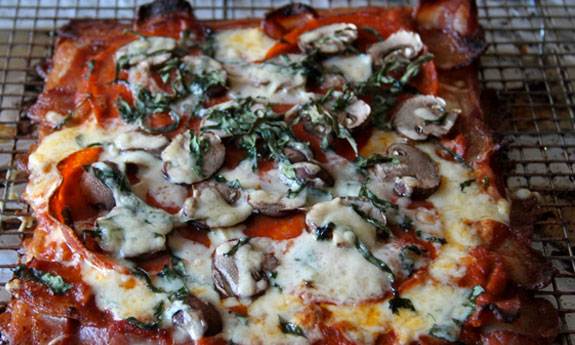 7. Bacon Crust
Paleo followers often rejoice that bacon is still allowed on the menu, and even encouraged as a source of food that early man would have enjoyed as well. Here they’re lacing together multiple strips of bacon until they’ve weaved an impressive square crust. From there it’s just a matter of adding your favorite pizza toppings, and you can even include tomato sauce, as it won’t spill through as long as you’ve braided the bacon properly. Plenty of vegetables would be in order here, seeing how bacon has zero fiber, so you need something to help move it through your body.

8. Pork Crust
In keeping with the meat-based crust theme, here is a pork pizza crust that you won’t even know is made out of pork by the time you get it finished and topped. In this example they are using mushrooms and a mackerel fillet, so it’s a chance to try out a fish pizza if you’re so inclined. But really you can’t go wrong when your crust is made out of ground pork, so you can continue adding meat toppings, but be sure to put some healthy veggies on there too. If you’d rather make a meaty crust without using pork, check the next crust down.

9. Meat Crust
For the meat lovers out there, this pizza crust is sure to please. If you like meat on your pizza, how about meat as the crust? They’re using ground beef and Italian sausage, all mashed up so they could make it into a crust. They then went the extra mile and added meat toppings to the top. Be sure to have a salad with that if you want to keep within the parameters of the Paleo diet, as it’s not all about eating meat non-stop at every meal, it’s about a nice balance of meats and vegetables.