These Paleo pie crust recipes will form the base for a healthy and delicious pie that doesn’t take you off course. On most diet plans, pie would be relegated to a free day or a cheat meal, or would involve a lot of fat-free and sugar-free variations of processed ingredients. On Paleo you are free to enjoy a pie as long as it is made with ingredients that are Paleo friendly, and that includes the crust. Get rid of the grains and dairy that muck up traditional pie crust and stay lean with these healthier Paleo pie crusts. 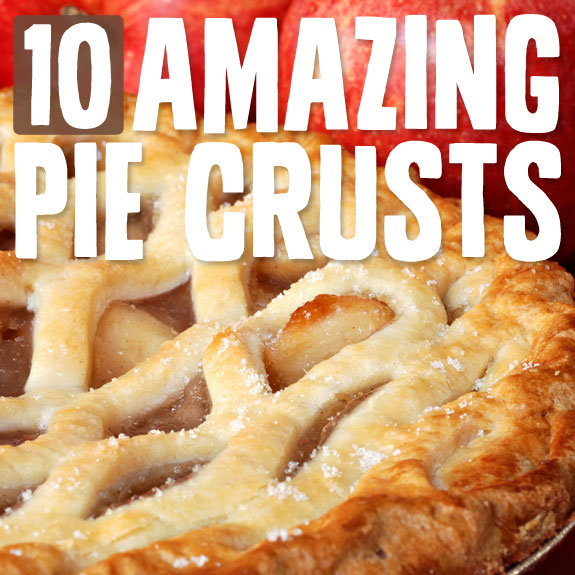 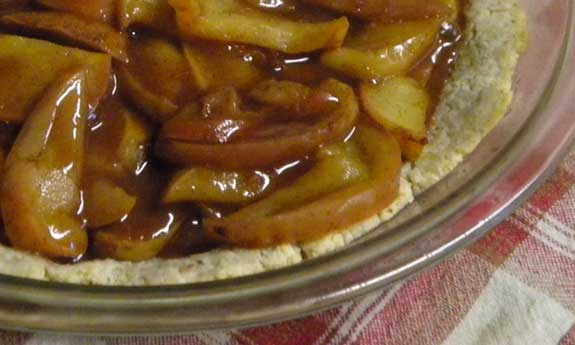 1. Gluten/Sugar/Dairy Free Pie Crust
This pie crust is free of so many different things that are hazardous to your health that it’s no wonder it came from a Paleo blog. They have managed to make a delicious pie crust without using ingredients that contain gluten, sugar, or dairy. They accomplish this by using almond flour to give it the correct texture, and have added shredded coconut for increased nutrition as well as flavor. Instead of butter they have used coconut oil, and there is also an egg, a bit of salt, and some chopped walnuts for added texture.

2. Sweet and Savory Paleo Pie Crusts
They give you not one but two pie crust recipes here, so you can tailor the recipe to fit the type of pie you’re making. Included is a sweet Paleo pie crust recipe for use in pies that have a sweet taste to them such as blueberry pie, apple pie, or cherry pie. They also provide a savory pie crust recipe, which you can use that for pot pies that are meant to be eaten as a lunch or dinner such as a chicken pot pie, or a beef pot pie. Armed with these two recipes you’ll be able to make any pie on the planet.

3. Perfect Paleo Pie Crust
They have dubbed this the perfect pie crust, which is not only Paleo friendly but also happens to be gluten free and egg free. To start with they are using dates to give it a nice consistency and added depth of flavor. They are using a combination of soaked raw pecans and cashews, which once it gets blended up will help to create the right texture. For the oil they’ve gone with coconut oil, and this is one pie crust that actually contributes to the overall health of the pie, rather than just be a filler or an unhealthy component to a pie. 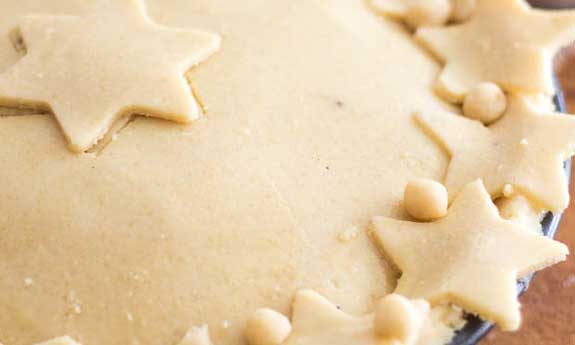 4. Paleo Pie Crust
This basic paleo pie crust includes only all natural ingredients like almond flour, coconut flour, Himalayan salt, lard, eggs, vinegar, and more. Missing is any trace of all purpose flour, butter, or anything else that will be a step back on your progress with the Paleo plan. This pie crust can be used with all sorts of pies, including strawberry, blueberry, cherry, and of course apple. These pies are not necessarily bad for you, and shouldn’t have a bad reputation, as long as you keep your portion sizes within reason, and only use ingredients that the body can handle well.

5. Everyday Paleo Pie Crust
This is another pie crust recipe that allows you to construct the perfect Paleo pie, using almond flour instead of general purpose flour, and rounding that off with tapioca flour. For flavor there is sea salt, and to hold it all together they’re using an egg. Instead of butter they are using organic palm shortening, and to make it taste just right they have added vanilla extract. From this base you can build whatever pie you want, as it has a neutral pie crust flavor that can be used with any number of pie recipes.

6. Pecan Pie Crust
This pecan pie crust is not only good for use in a pecan pie, it can be used on any pie that makes sense. In this example they have made a pumpkin pie using the pecan crust. They have made it quite easy for you by using pecan butter, rather than have you grinding up whole pecans. There’s also coconut flour to help make it into it the proper dough for a pie crust. Coconut oil is used as a popular butter replacement for Paleo pie crusts. There’s also a bit of raw honey to get some sweetness without using refined sugar. To cap it all off there is a bit of vanilla flavoring for just the perfect pie crust flavor. 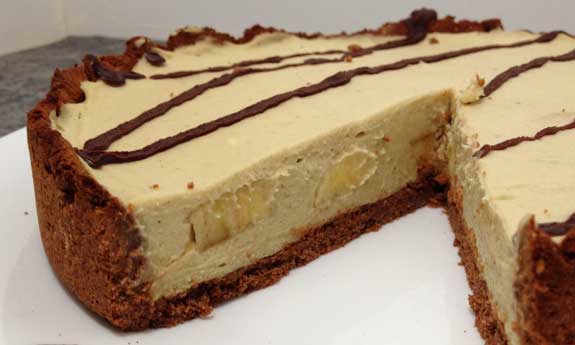 Photo: Mummy Made It

7. Chocolate Pie Crust
Let’s not forget chocolate on our quest for the perfect Paleo pie crust. This crust is shown on a banana cream pie, but could just as easily be used on any pie that needs a bit of a chocolate upgrade. A combination of almond flour and coconut flour forms the foundation for this crust, to which they’ve added unsweetened cocoa, a little bit of salt, baking soda, and the natural sweetener of maple syrup. An egg helps to bind everything together, and a touch of vanilla extract means your taste buds won’t even recognize that this is a specially made crust.

8. Perfect Flakey Grain Free Crust
If a flaky crust is what you’re after this grain-free pie crust is sure to hit the mark. In order to get the flakiness just right they are using tapioca flour to help lighten up the almond flour. Almond flour on its own can be a bit dense, so it’s always good to mix it up with either coconut flour or tapioca flour. Added to that is some salt, as well as organic palm shortening, which has the wonderful ability to make the pie crust taste good, without having to use any dairy.

9. Basic Paleo Almond Crust
Here is an almond-based crust that you can use for whichever pie you need to make. They are showing it here with a sweet spinach pie, but you can make whatever pie you are in the mood for as long as you prepare the crust as directed. It’s not too complicated at all, and simply includes some almond flour, coconut flour, coconut oil, an egg, some salt and you’re finished. This is the sort of Paleo pie crust recipe that you can keep on hand, or even memorize with a little bit of effort, and you’ll never need to wonder how to make a great crust.

10. Grain-Free Apple Pie Crust
We finish our list with a pie crust that is specifically designed to be used for an apple pie. Apple pie is one pie you don’t have to give up while you are on Paleo because apples are an approved Paleo fruit. As long as you make the recipe in accordance with Paleo guidelines, it can actually be healthy. In order to make this crust they are using raw walnuts, dates, some ground cinnamon, cardamom, and a bit of nutmeg. In no time at all you’ve formed the bottom of a pie that’s actually good for you.