This pie crust is gluten-free, nut-free, and even egg-free. The flaky and crusty result makes a wonderful base for decadent pie. Most of the gluten free pie crust recipes that I have come across are made with a lot of almond flour. I try to avoid using almond flour a lot, plus it’s quite expensive, so I am happy to present an alternative solution with this recipe. 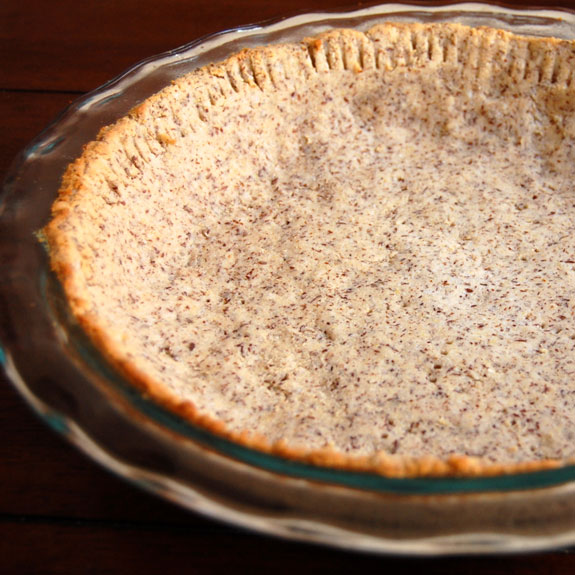 Flaxseed meal acts as the binder for this dough instead of eggs. It also lends a slightly nutty taste to the crust. The coconut flour adds maybe a smidgen of coconut flavor, but I wasn’t really able to tell it was there. To balance the dryness of the coconut flour, shredded coconut flakes are blended to make a creamy butter. And to add the proper fat component, I used palm shortening. Lard would work well instead of the palm shortening, but I did not have any on hand. I believe coconut oil might also work in a pinch.

Instead of rolling out the dough like with a traditional pie crust, it is much easier to press this dough into the dish. Use your hands to push out the dough, working from the center outwards, and up the sides of the pan. This takes a little patience, so keep that in mind before committing. 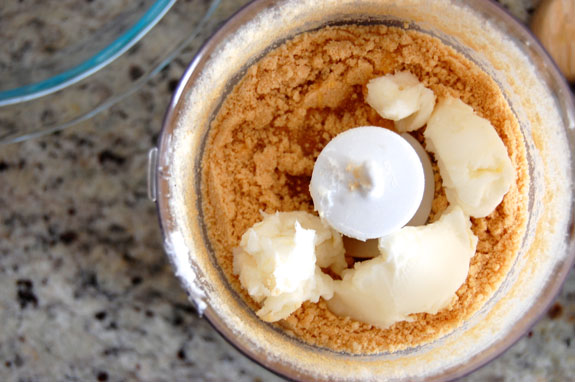 Once baked, the crust turns flaky and golden around the edges. This recipe works best with pies that have a chilled filling such as banana cream. In which case you simply bake the pie crust on its own first until it turns golden, and then add the filling once the crust cools. 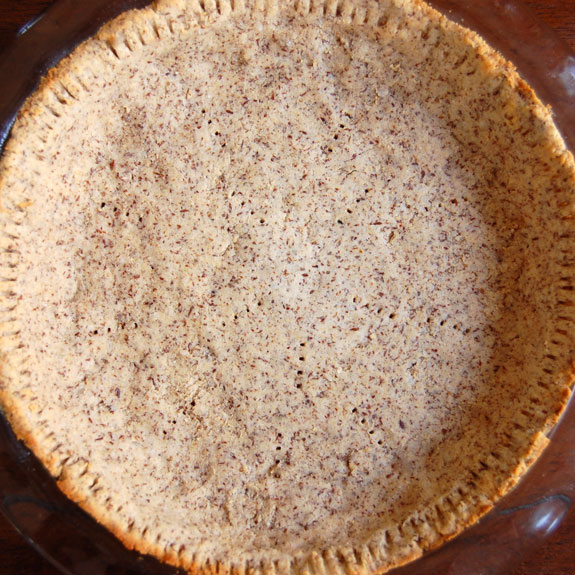 For all other kinds of pies, simply add the filling and bake it at the same time as the crust. For example, in this recipe I include instructions for making a triple berry pie. The berry filling was baked together with the crust, and once it came out of the oven it was hard to stop eating. 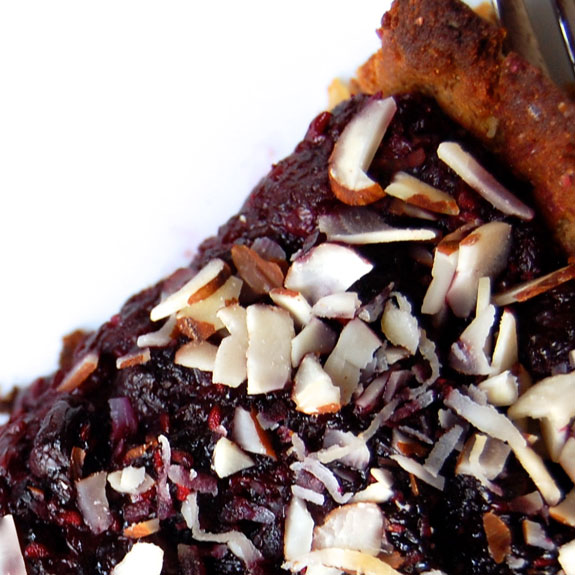 A Paleo pie crust recipe is great to have around for the holidays such as Easter or Thanksgiving. Banana cream or pumpkin pie would work very well with this crust. You could also divide the dough into smaller pie dishes or ramekins to make savory pies or individual serving sizes.

This recipe was inspired by and adapted from Meatified