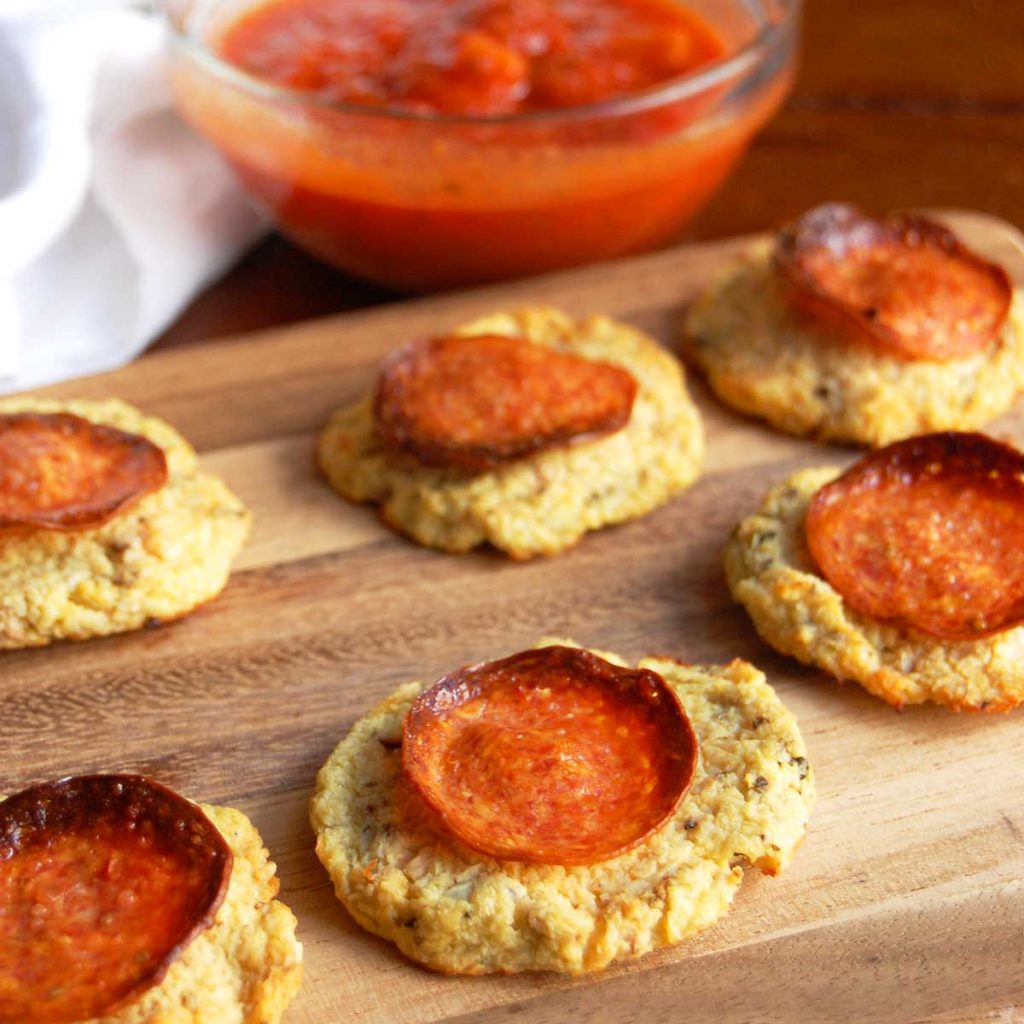 Once you have wrung out extra moisture from the cauliflower, it is mixed with a few other ingredients, including an egg to bind everything together. Italian seasoning is also added, though you could use any of your favorite pizza seasoning combinations. 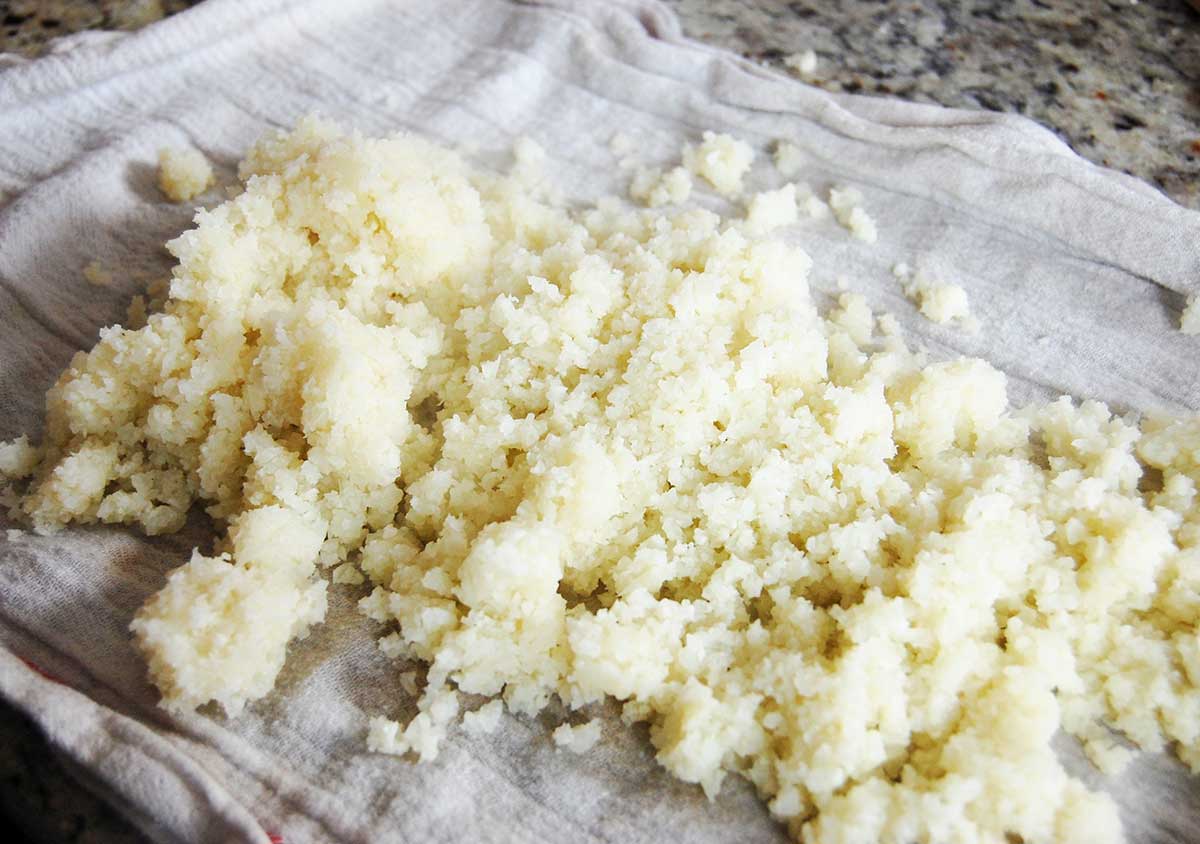 The next step is to use your hands to form the dough into small bite-size patties. The patties are then baked in the oven for about half an hour. If you want to add pepperoni or another kind of pizza topping, it can be added halfway through the baking time. Pesto or barbecue sauce and chicken are other varieties I’d like to try in the future. 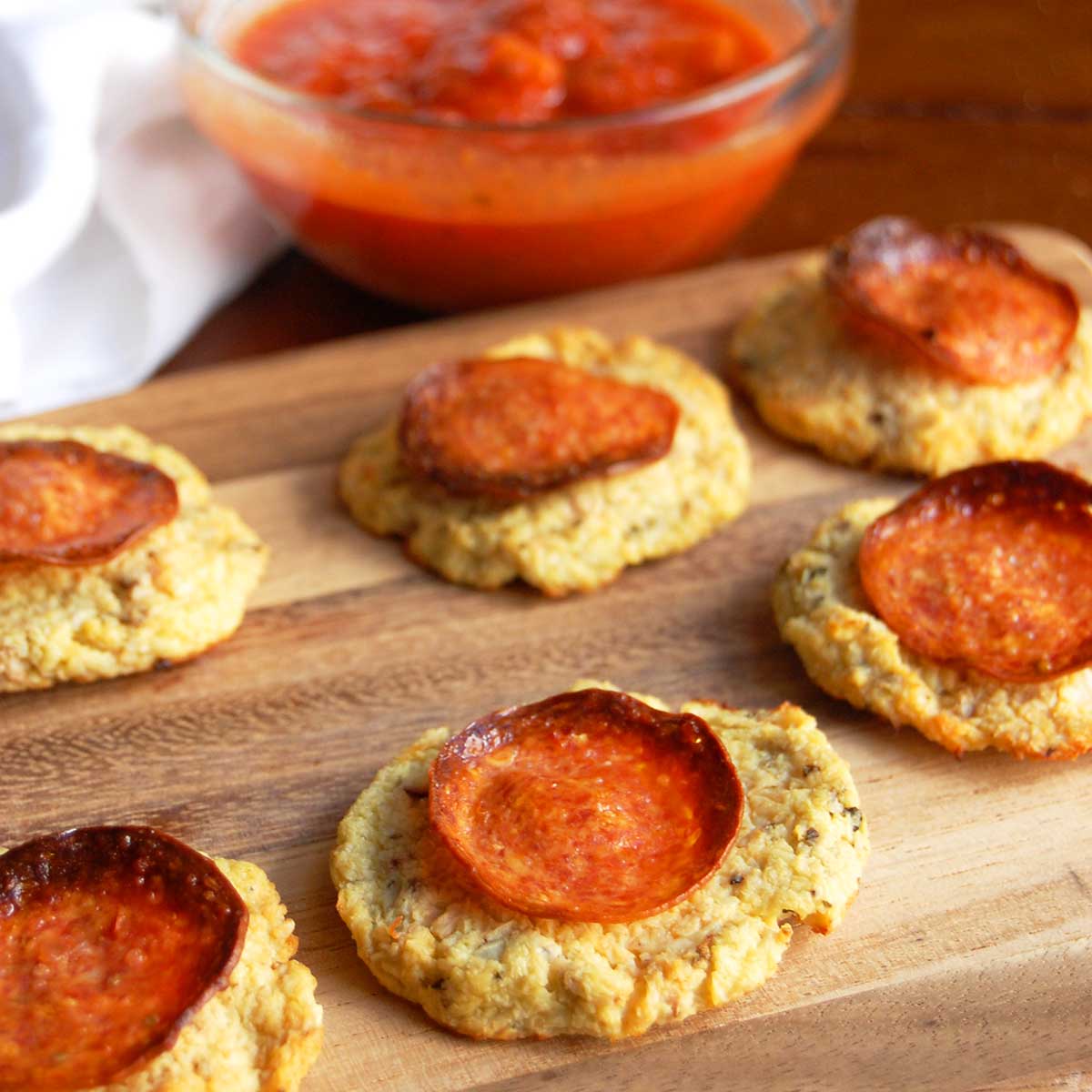 I recommend serving these warm with a little tomato sauce on the side for dipping. They make a great appetizer and a healthy snack alternative. I believe the cauliflower bites would freeze well for enjoying later as well. That way you could pop a few into the oven whenever the pizza craving hits.