A few years back, I lived in Ireland for about a year and a half. This was before I started eating Paleo but, surprisingly, I learned a few recipes there that have translated well to a Paleo diet and this – a Creamy Parsnip Gratin – is one of them. 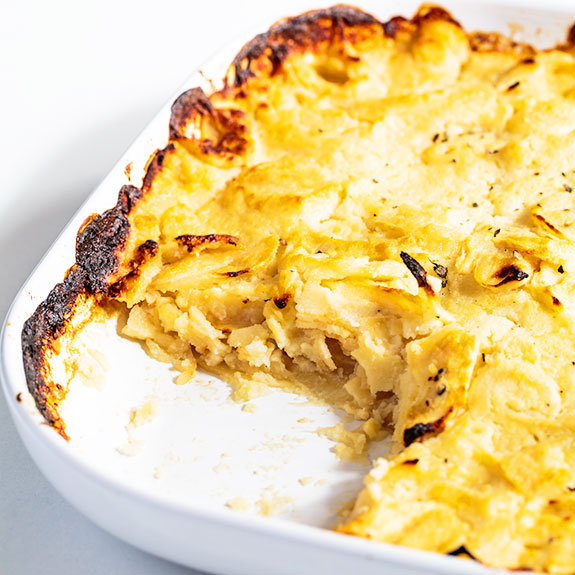 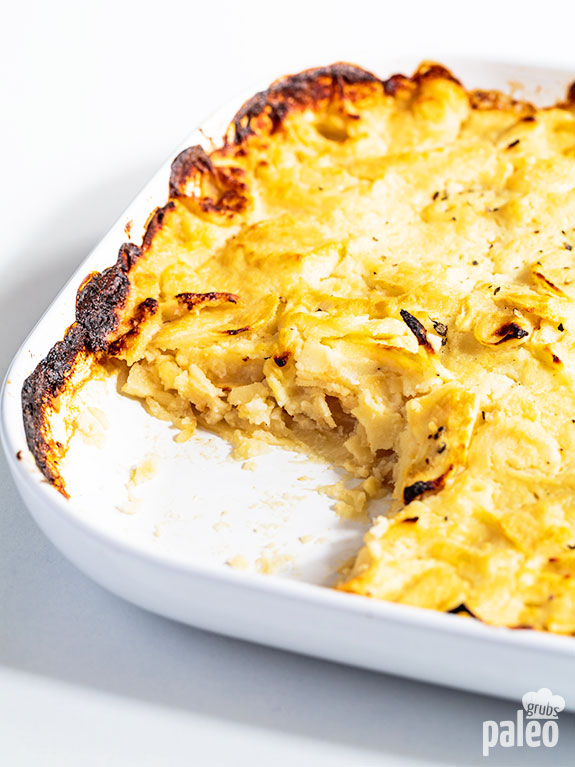 As an American who is used to a colorful and varied vegetable area in the grocery store, my first adventures grocery shopping in Galway were eye-opening. Three quarters of the veg area was root vegetables: multiple kinds of potatoes (no surprise there), piles of carrots, mounds of rutabaga, and heaps of parsnips. If you’ve never seen a parsnip, it looks like a big carrot that has lost its color: parsnips are a creamy white color.

And all the other vegetables, in small amounts, were off to the side – and almost all of them were imported. Ireland isn’t exactly the best place to grow non-root vegetables!

So I got adventurous and started branching out and trying different root vegetable recipes. And this is one of my favorites. 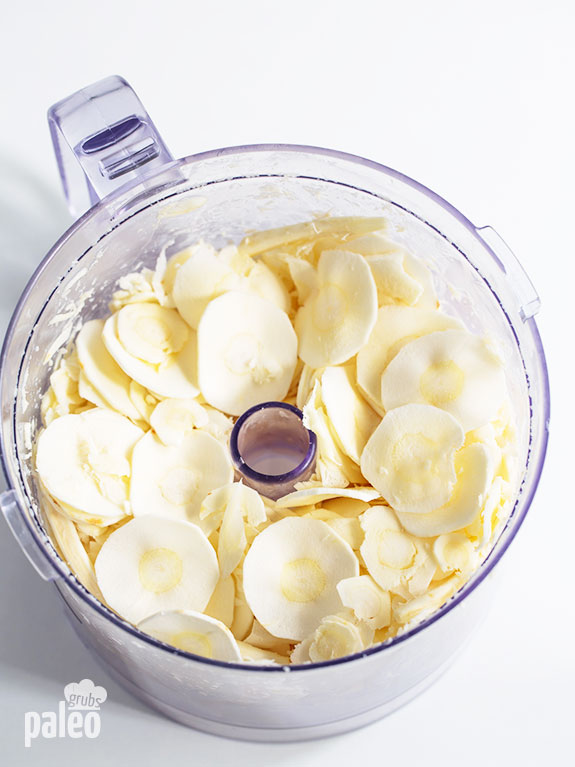 When I think of a “gratin” I usually think of potatoes and cheese. But let’s be honest: that’s a heavy dish, full of calories and fat and generally not much else. But with a little creative thinking – that I now call “Paleo thinking” – I was able to turn that dish into a healthier version that still satisfied my need for a yummy starch with my protein (I love this with red meat, particularly). 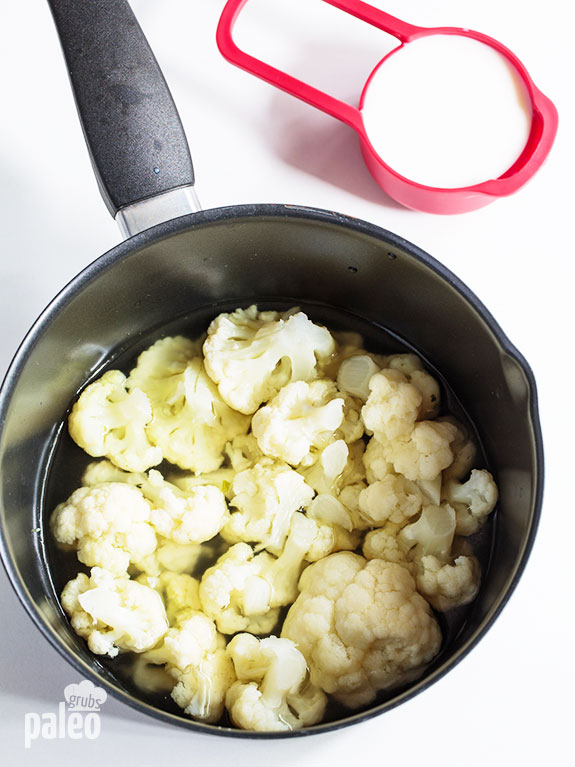 A lot of people have jumped on the mashed cauliflower instead of mashed potato bandwagon. Why? Because cauliflower is an excellent source of vitamin C, a few B vitamins, omega-3s, and fiber – and, you really lose nothing in the flavor and texture department. So why not substitute cauliflower for potatoes? In this recipe, the almond milk makes them slightly looser than you would make for a mashed cauliflower, so they are easier to spread.

A typical gratin would use sliced potatoes but we’re looking for a healthier substitute – and you can’t really slice cauliflower. So that’s why we use the parsnips. And, similar to cauliflower, the slightly sweet parsnip is great for vitamins B and C, contains antioxidants, and is high in fiber. Another Paleo win! 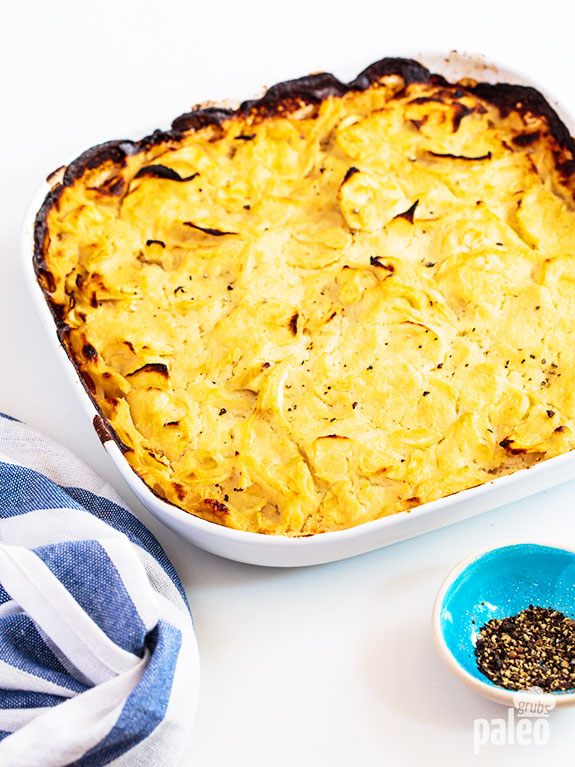 This recipe is guaranteed to satisfy your need for some creamy potato-like dish that will stand up to the heartiest of proteins. Although I admit – the first time I made mashed parsnips instead of mashed potatoes, my Irish roommate responded: “Great! Where are the potatoes?” It’s not a myth – they really do eat potatoes with everything!