Ever since Starbucks came out with their brightly colored Unicorn Frappuccino, health enthusiasts have been coming up with their own unique twists on the now famous drink. And who can blame then when you consider that just one 16 oz Starbucks frappuccino has a whopping 410 calories with 62 grams of carbs, and 59 grams of those coming from sugar. Not exactly the most paleo-friendly beverage out there. Thankfully, it’s entirely possible to still enjoy the same type of fun and flavorful drink by using frozen fruits along with almond milk, honey, and whipped coconut cream, this is one delicious smoothie that’s sure to please. 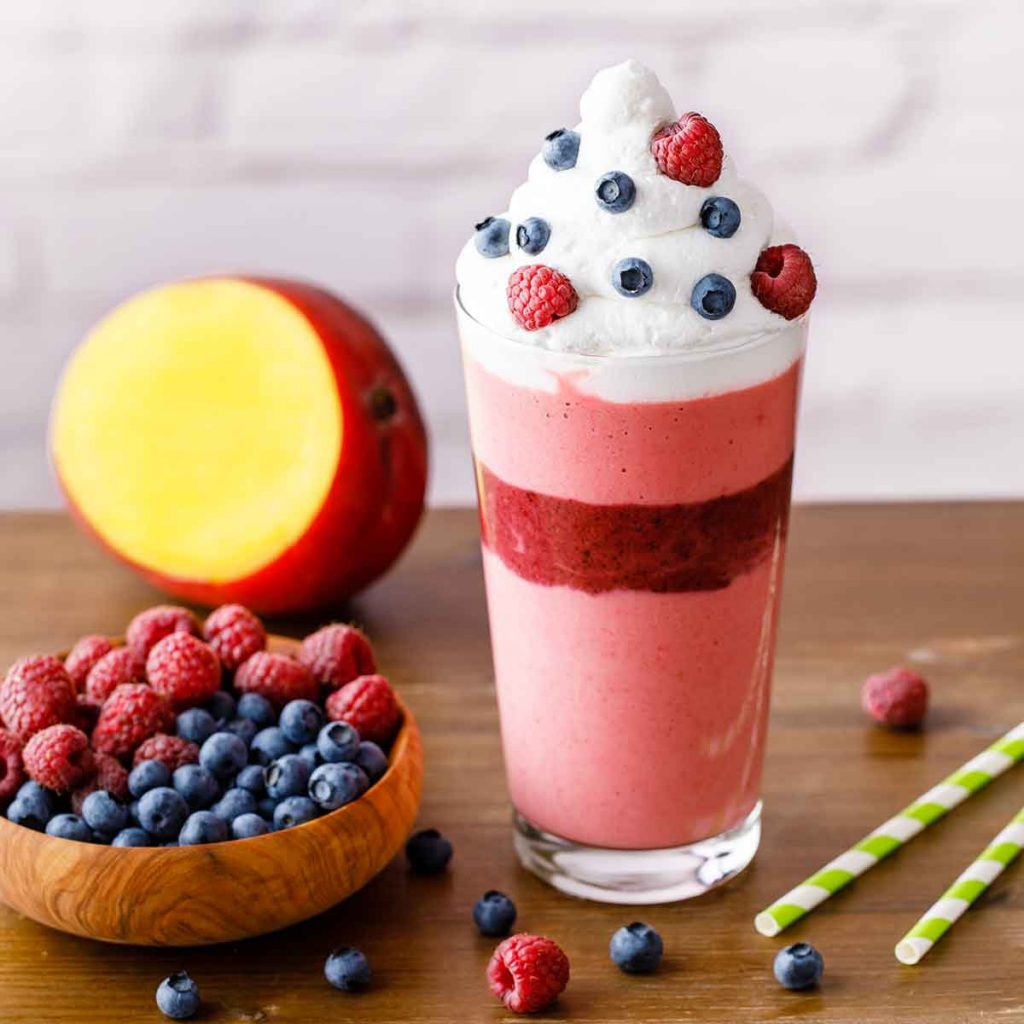 Instead of grabbing a drink that’s basically the nutritional equivalent of a sugar cube, you can instead indulge in this smoothie recipe that features four different fruit servings, fortified almond milk, nutrient-dense honey, and paleo coconut cream instead. Unlike the infamous unicorn frappuccino, the fructose found in fruits affects your body in a different manner. In fact, a daily diet containing plenty of fresh fruit has been linked to a lower risk of diabetes. (1)

The benefits of enjoying fruits in your diet don’t end there, however. Fruits that are rich in vitamin C, like those used to make this unicorn smoothie, can also help to prevent heart disease along with providing a nice boost to your immune system. (2) An apple a day really does help keep the doctor away, it would seem.

This recipe calls for frozen fruits, but you could also use fresh fruits. You would need to add ice though, which will make the overall texture of the smoothie a tad bit icier whereas using frozen fruits would yield a smoother texture. Either way, you won’t be disappointed, so use whichever is more convenient to you.

Paleo smoothies can be incredibly rich and indulgent, too. Using ingredients like dates, almond milk, coconut cream, and the like, it’s no wonder paleo desserts are becoming more popular all around. Even non-paleo dieters don’t mind eating paleo smoothies and desserts. To mimic the creamy taste of dairy milk, this recipe calls for almond milk. You can purchase almond milk from the store, but we prefer to make our own. It’s so easy and only requires 2 ingredients. 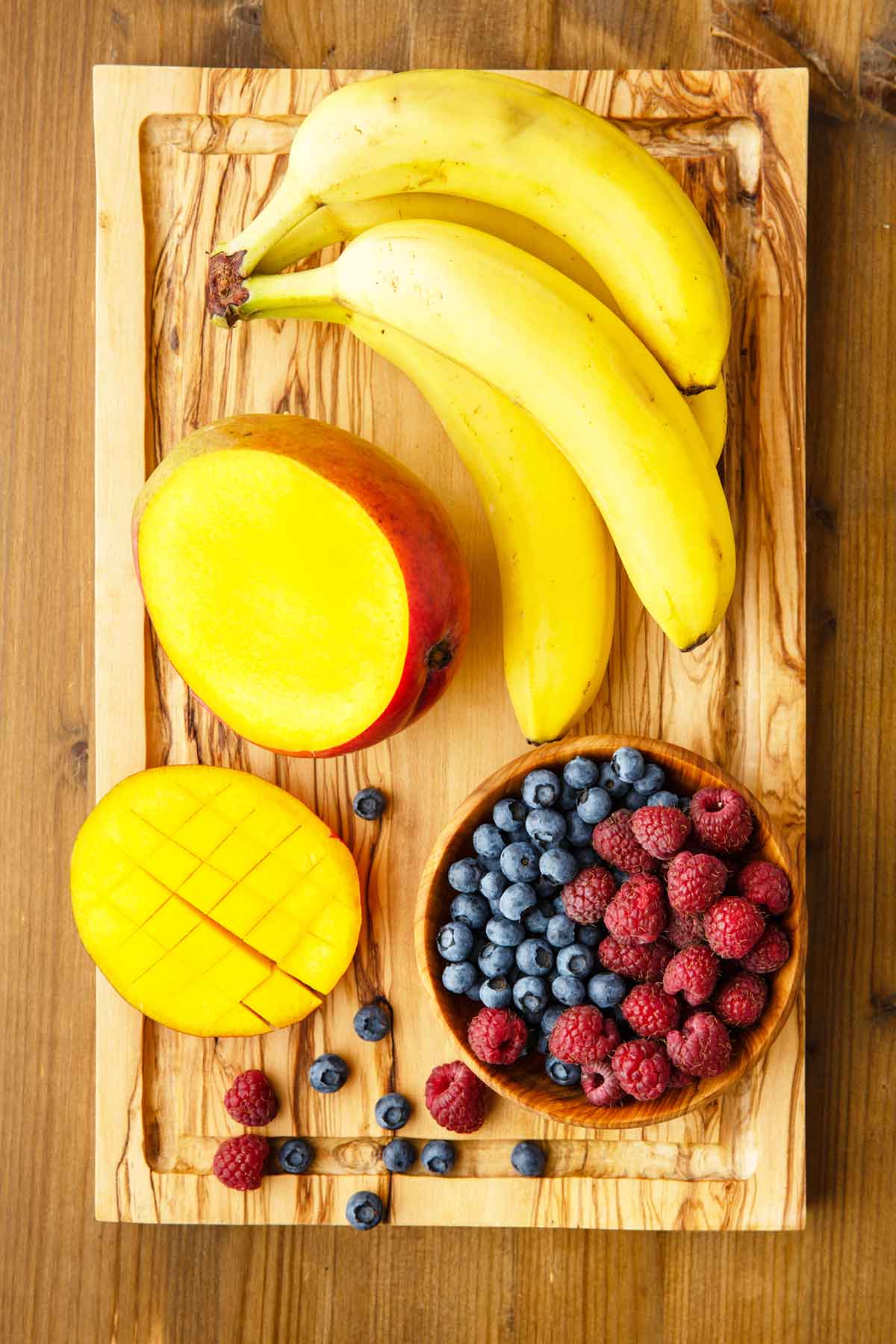 Blender Power – The Secret to Smooth Texture with No Chunks

This smoothie uses frozen fruits as the base, so using a high powered blender is necessary to avoid chunks. The ideal choice for almost all of your blending needs would be something like a Vitamix as it can blend almost anything even in large amounts, however, you could also just as easily use single serve blenders such as the Ninja. 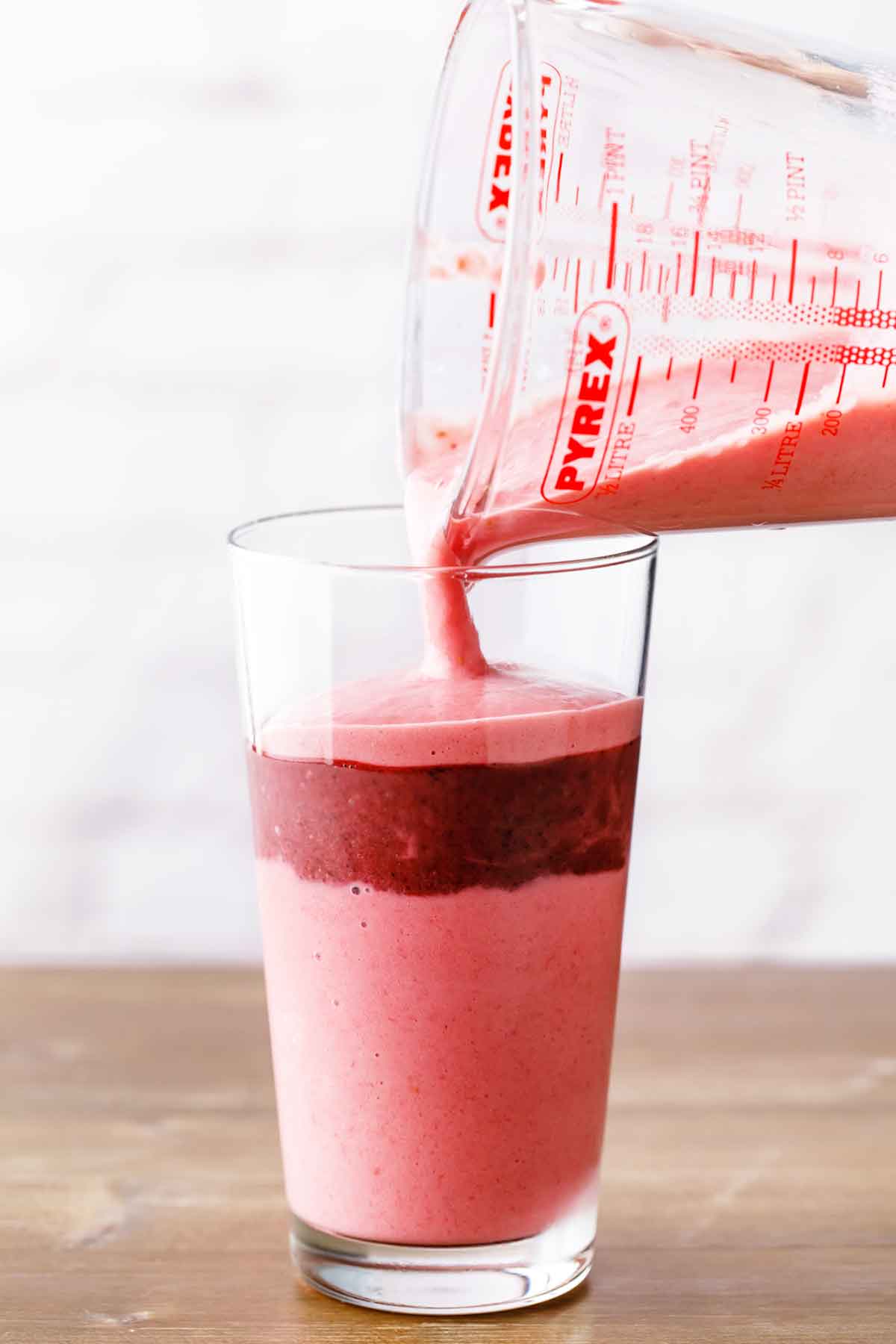 A Smoothie With Style and Flair

What’s a unicorn smoothie without the kaleidoscope of colors? The trick is to add the ingredients in layers and letting them mix naturally. Don’t stir. Top it all off with some delicious whipped coconut cream and some fresh berries and voila! Your very own smoothie version of the unicorn frappuccino that not only tastes delicious but is also loaded with micronutrients.

Serve in a Chilled Mason Jar

Mason jars are not just nice to look at, they’re also safer for use because toxins do not leak from glass to food/drink. Pour your smoothie components individually into a chilled mason jar to ensure that it stays fresh as you put together the rest of the layers. This way, you can get the full unicorn colored effect.

This paleo smoothie is a far better option that other sugar-laden shakes and juices that are currently on the market. Not only is it just as delicious, but it’s also loaded with vitamins, minerals, and antioxidants that are beneficial for your health. Plus, thanks to its unique and colorful appearance, even kids will love drinking these healthy smoothies. It’s definitely an exciting way to get everyone in your family to enjoy more nutritious foods.

P.S. – As we’re fast approaching fall season, you should definitely check out this tasty pumpkin spice smoothie. And if your kids loved this unicorn smoothie thanks to its intricate coloring, then they’ll also go nuts over this blueberry and banana ombre smoothie recipe that features three colorful layers.