Loved naan bread before you went paleo? We all did, trust me. Luckily, I’ve found a handful of paleo food bloggers willing to recreate naan for you with paleo-friendly ingredients. Give one of these a try! 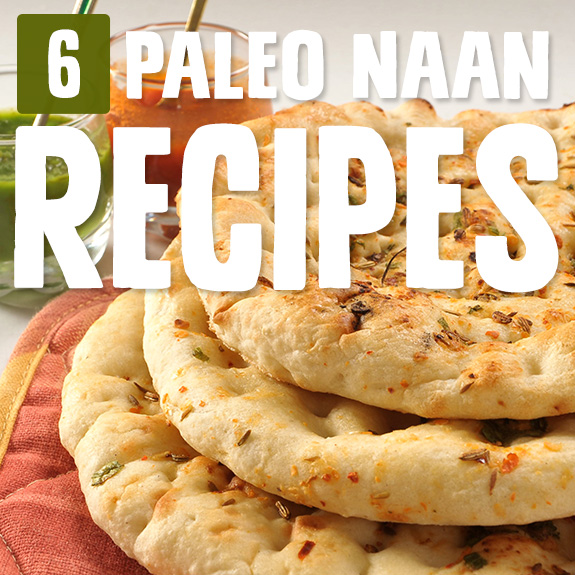 This recipe is egg and coconut flour based, making it a great low-carb bread option that’s also rich in protein and flavor. You don’t need to add any starch to this version, which is great! Consider, though, a bit of crushed fresh garlic. So yummy! 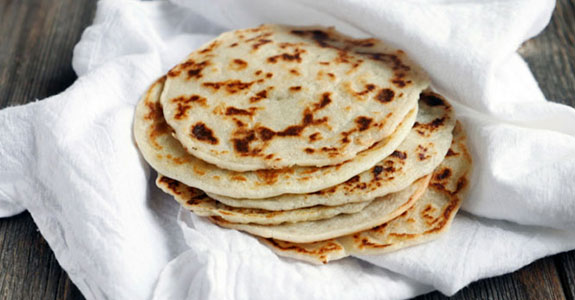 How’s this one for simple? This naan is made with just almond flour, tapioca flour, and coconut milk. You can also add a bit of salt, and if course when it’s done you’re going to want to slather it with grass-fed ghee. It’s part of the experience—trust me. And so delicious.

The yeast in this recipe helps replicate the bready flavor of naan so you aren’t left with something that tastes like eggs and coconut, which is a common pitfall of paleo breads. Almond flour and tapioca starch form the base of this bread, which makes for a great flavor and texture combination.

While pita bread and naan bread aren’t the same, we have to be okay with blurring some lines when it comes to paleo cooking. This bread can be used as both, and it’s made with coconut flour, psyllium seed husk, sea salt, water, garlic powder, cumin, and fresh herbs.

This version of naan bread is made with coconut and tapioca flours, sea salt, baking powder, eggs, coconut milk, and just enough coconut oil to fry the bread. It’s super tasty and a great alternative to the not-as-healthy naan you can get at Indian restaurants 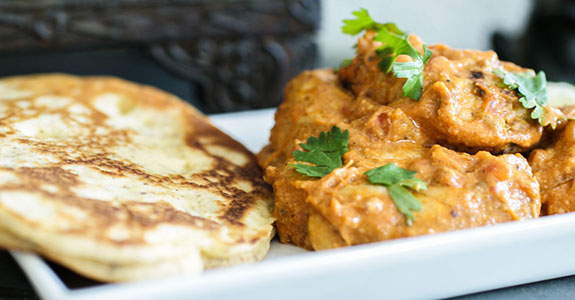