When I visited England for the first time, I could not believe how inexpensive Indian food was! Compared to the rest of Europe, it was dirt cheap. I had some of the most delicious Indian meals from take-out restaurants in Great Britain (with some of the best garlic naan I have had), believe it or not. Since I was still a student at the time, I greatly appreciated not having to shell out and stay within budget (while enjoying excellent meals). 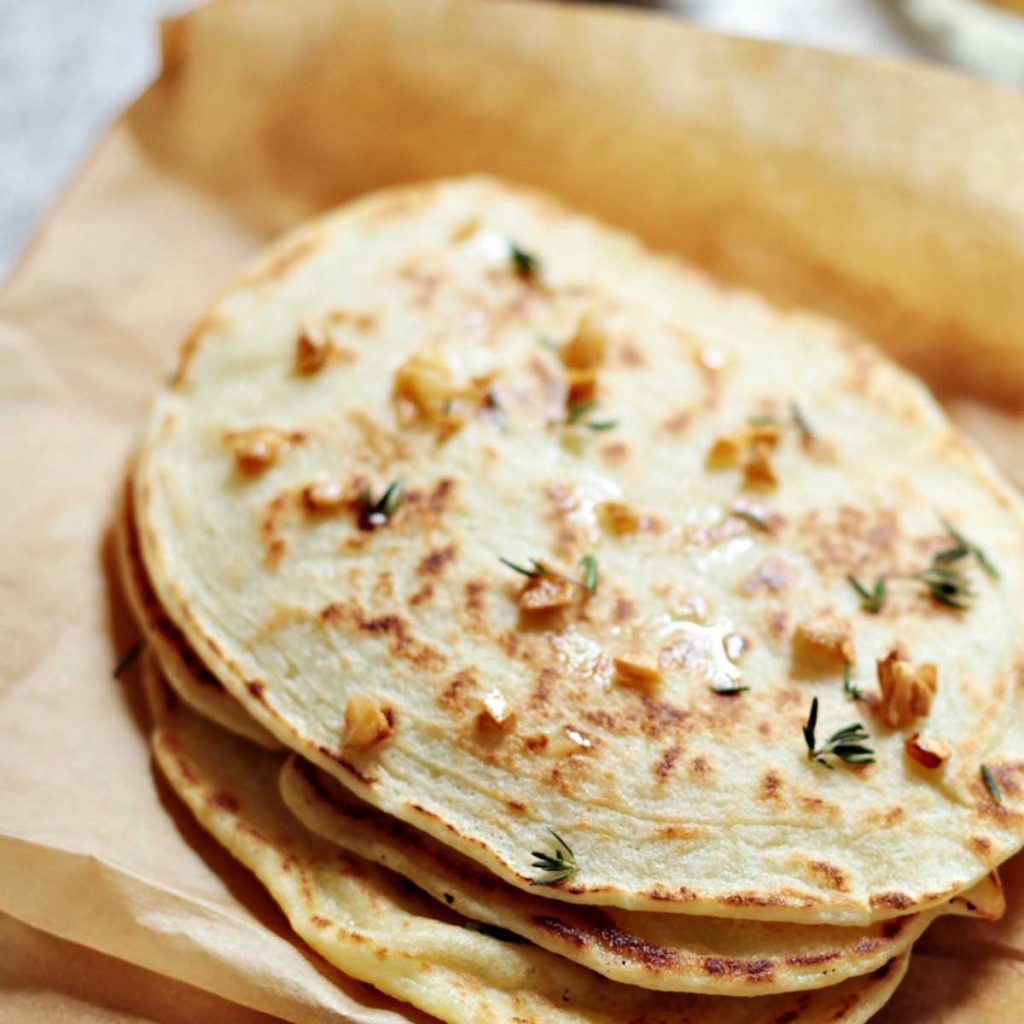 It was in England that I fell in love with freshly baked Naan bread or better yet: Garlic Naan. Even though I always find it odd to have a rice, potato or pasta dish accompanied by bread, I never once question the need for Naan! Nor did I ever turn it down, needless to say. So let me get straight to the good news: Naan bread tastes just as good when made grain free and gluten free! I’ll be the first to admit that some paleo versions of this or that do not exactly taste like the original (they may be tasty but may not closely resemble the original flavor and texture) but I can honestly say that this recipe for Naan will not disappoint. And if you are a garlic lover like myself, you’ll be in Paleo Naan heaven.

While Naan is typically baked in the oven, I opted for a stove-top version. Grain free oven baked Naan is definitely an option but I found the texture to be lacking just a tad (even though the flavor was spot on). The creaminess of the yogurt from any of the typical Naan recipes can easily be substituted with full fat coconut milk.

The creamier your coconut milk, the better! I use canned coconut milk as I have no access to otherwise packaged full fat coconut milk in my area; if you have the time, you might consider making your own coconut milk! 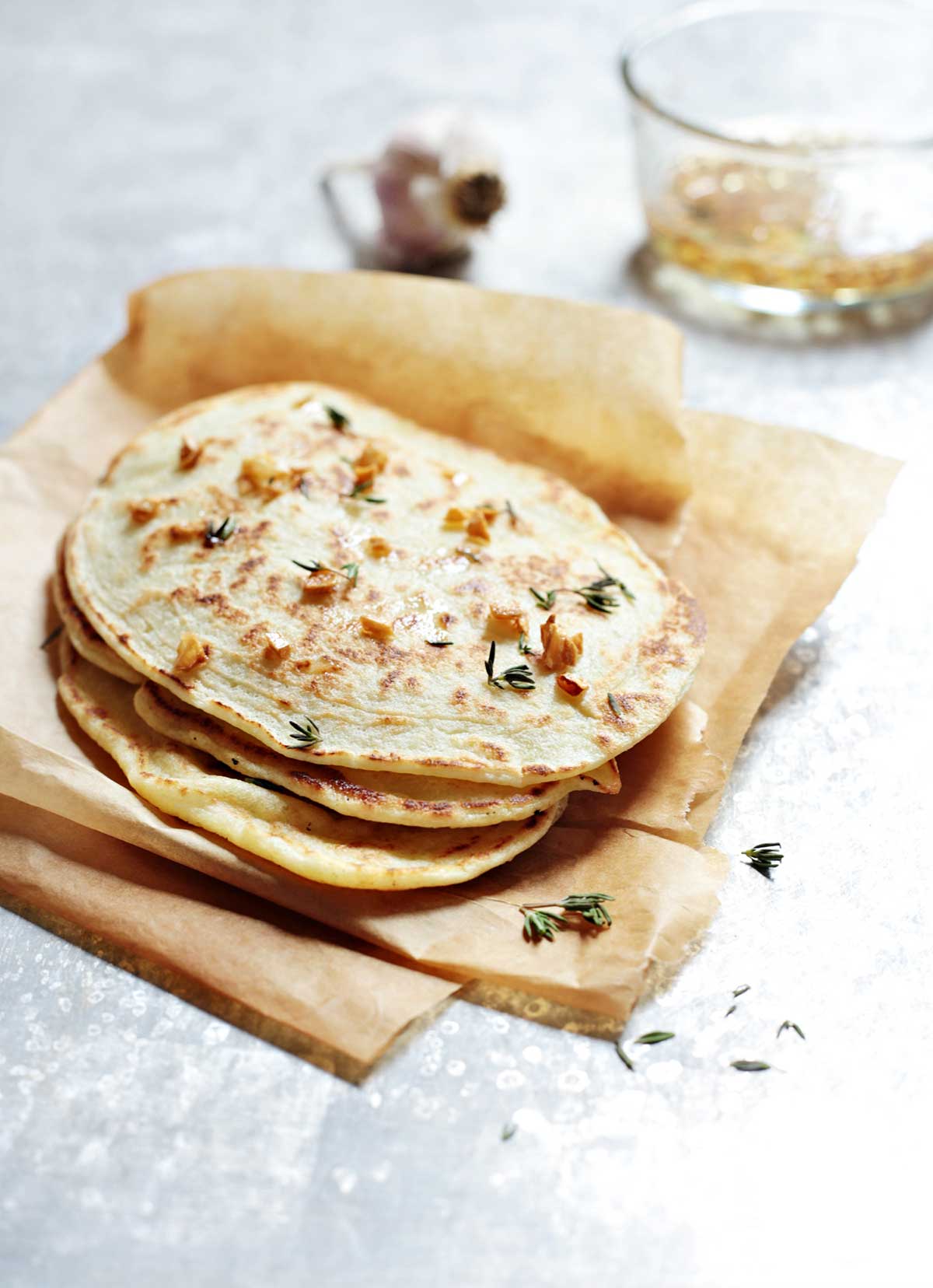 Depending on how much you love garlic, you can either sprinkle some raw garlic on top of your cooked Naan bread (which would be my preferred method) or you can sauté or oven roast garlic which adds an extra step in preparing this bread but is totally worth it if you would like to add another dimension of flavor. Last but not least, some freshly chopped parsley or any other herb of your choice rounds out this Naan bread experience beautifully!

This Naan bread tastes best freshly cooked but I have tried it both cold and reheated; either tasted good but my vote definitely goes to the freshly made version!

(Make this next: Paleo Curry Chicken)