What could be better than a recipe that takes two popular foods, bacon and chicken, and combines them into a low carb paleo dinner that’s super easy to make? If you’re looking for an easy bacon wrapped chicken recipe that the whole family will love, try this addictive, healthy and comforting dish. It’s so good! 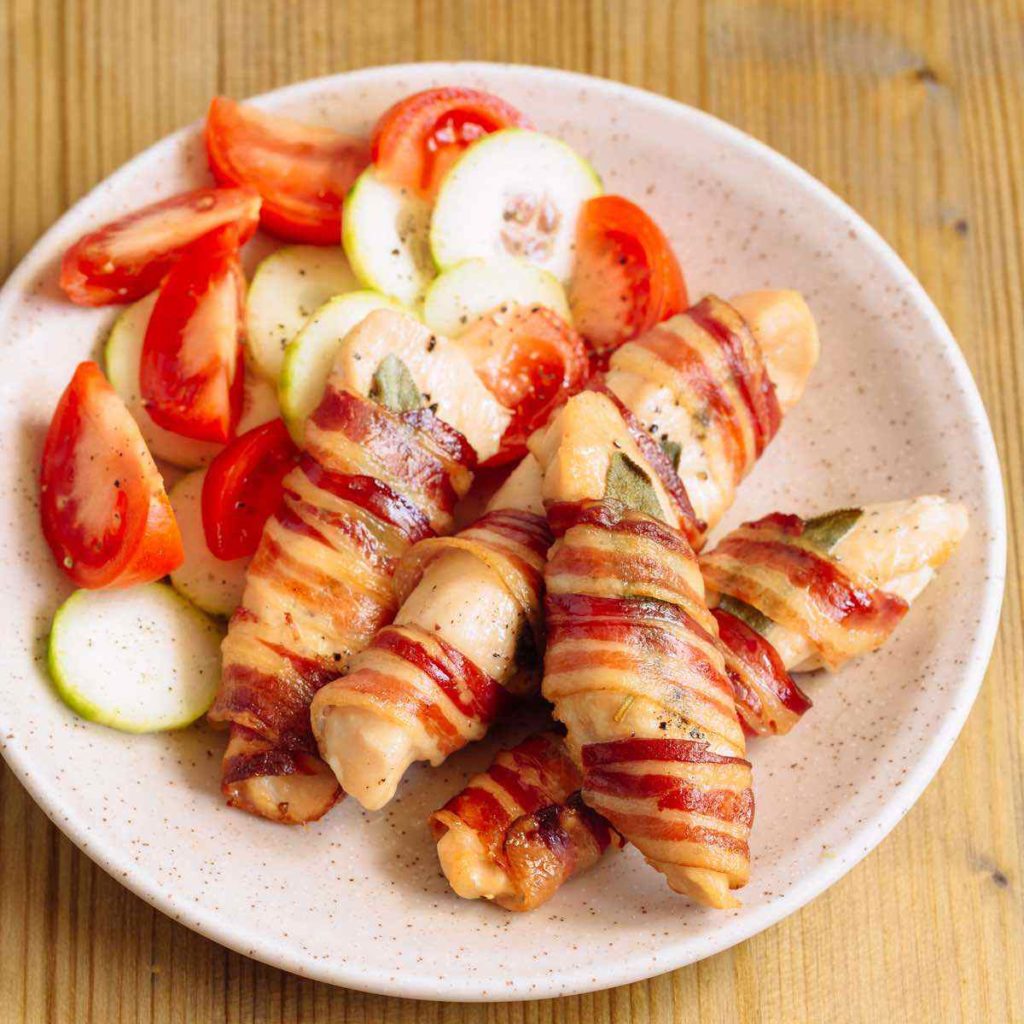 I’ve got two words for you: bacon wrapped. I could end this post there and probably already have convinced 99% of you to make this recipe. I’m not really sure what’s wrong with the other 1% of you, but I will indulge your skepticism and tell you what the bacon is wrapping: chicken! Bacon wrapped chicken breasts.

Bacon has had its ups and downs over the last 30 years or so. In the ‘80s, everybody decided the way to get skinny was to eat as little fat as possible and, along with the invention of a bunch of processed fat-free foods (fat-free cookies? Who are you kidding?), anything high in fat was ditched from the health-conscious American plate. And bacon, along with a few other tasty, whole foods, took a big dive in popularity. 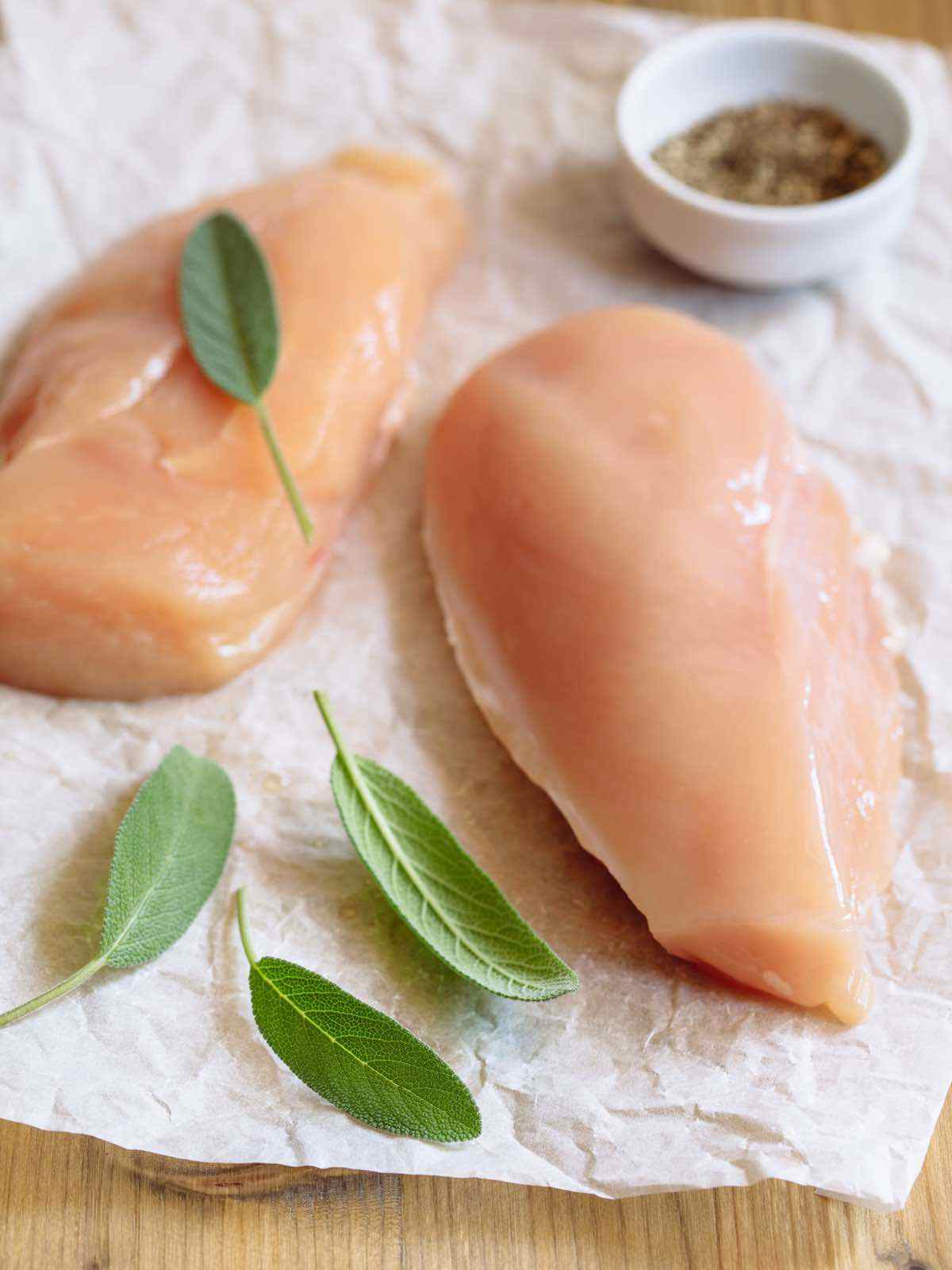 But then around the turn of the millennium, people started to think about the importance of protein in their diets and started focusing on how sugar and carbs might be the main culprit in the nation’s obesity problem. While there is more than one lifestyle (I hate the word “diet”!) that emphasizes the importance of protein, Paleo has become one of the most popular of these. 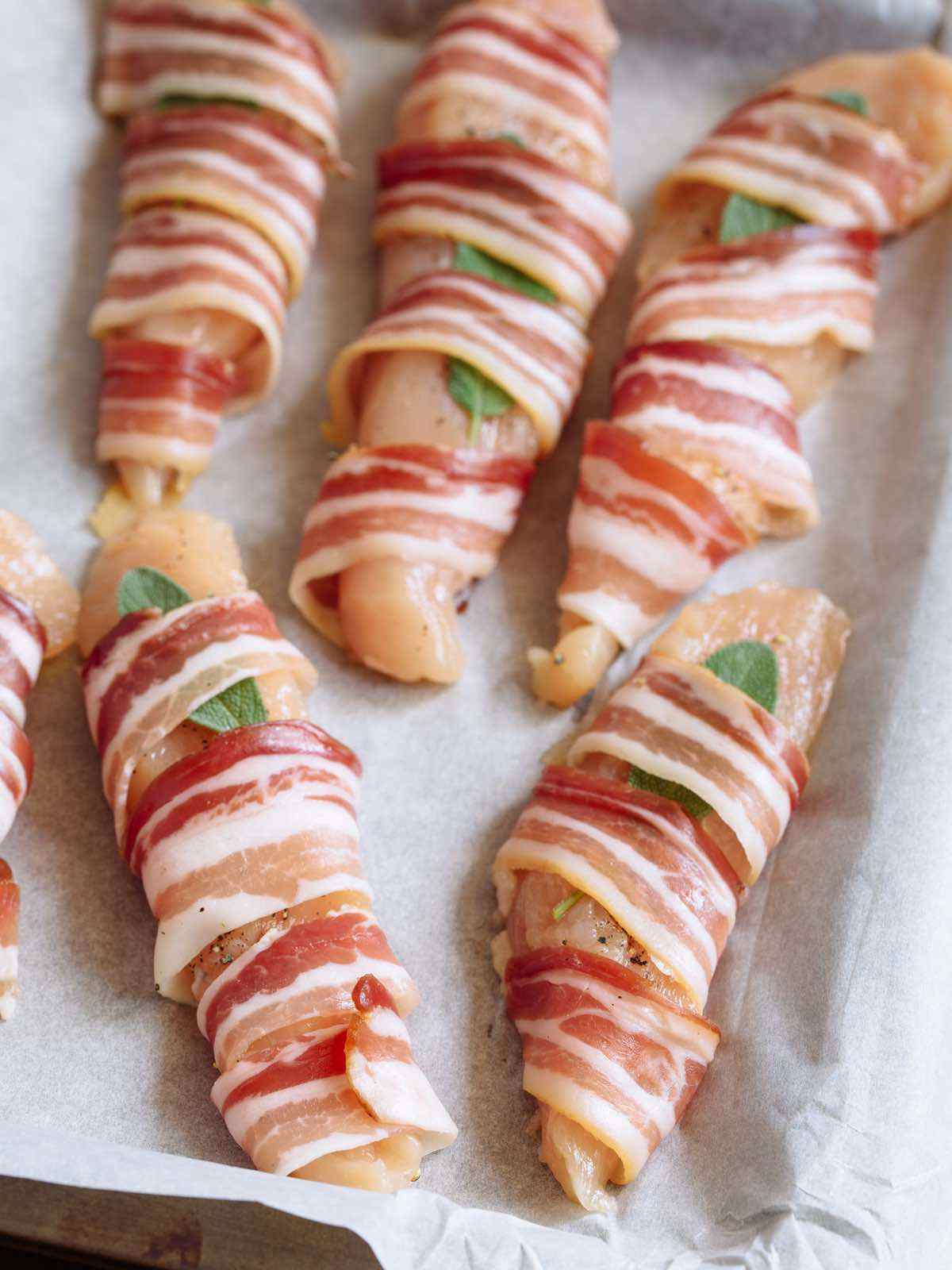 Why? Well, if you ask me, I think it’s because it works! I know how different I feel (and, let’s be honest, look) than before I started the Paleo lifestyle. I have tons more energy, I’m leaner, and I’m stronger. I even sleep better! While everyone has different experiences and has to find the balance that’s right for them, my hunch is that Paleo has become popular because a lot of people share my experience. 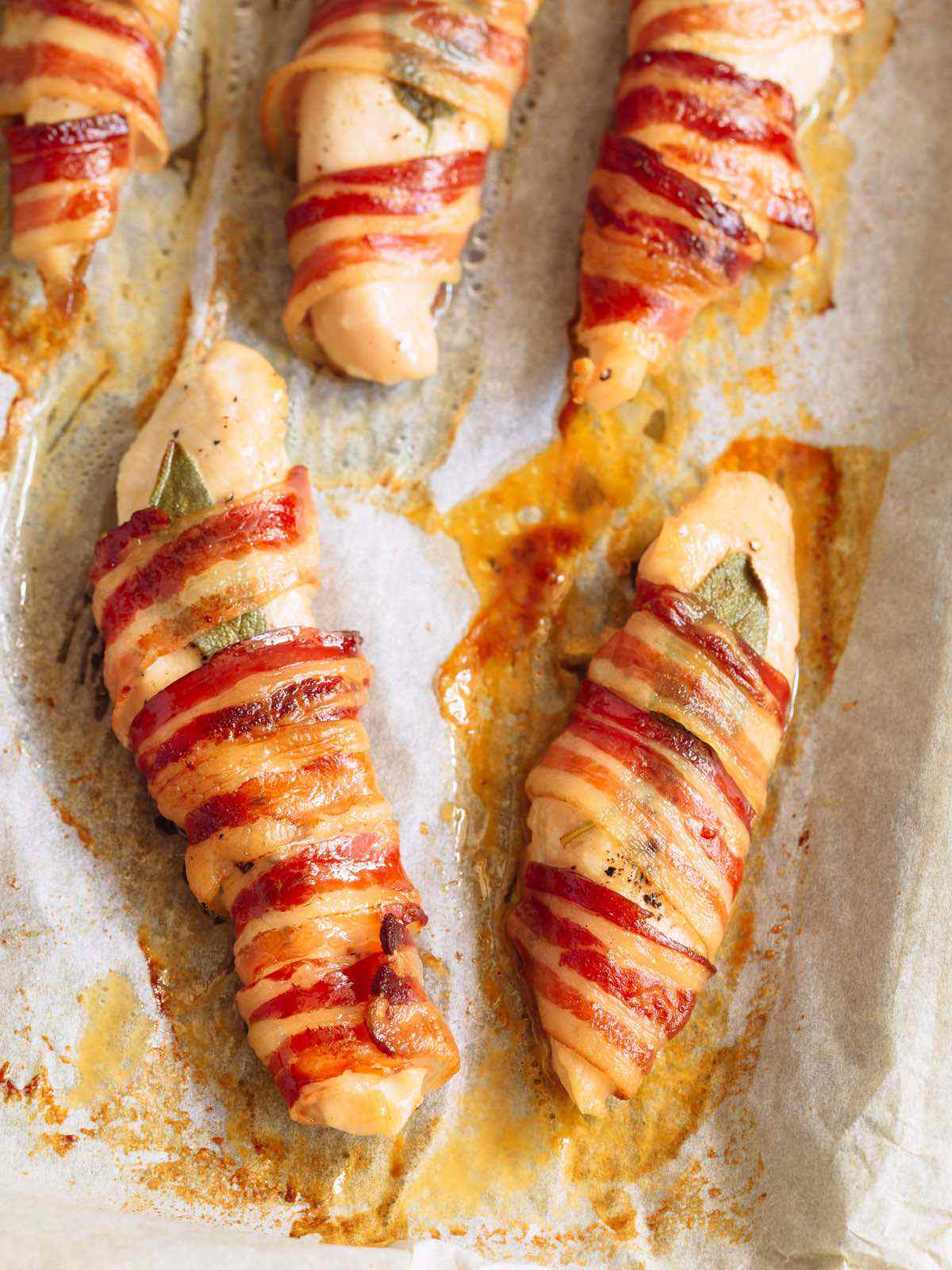 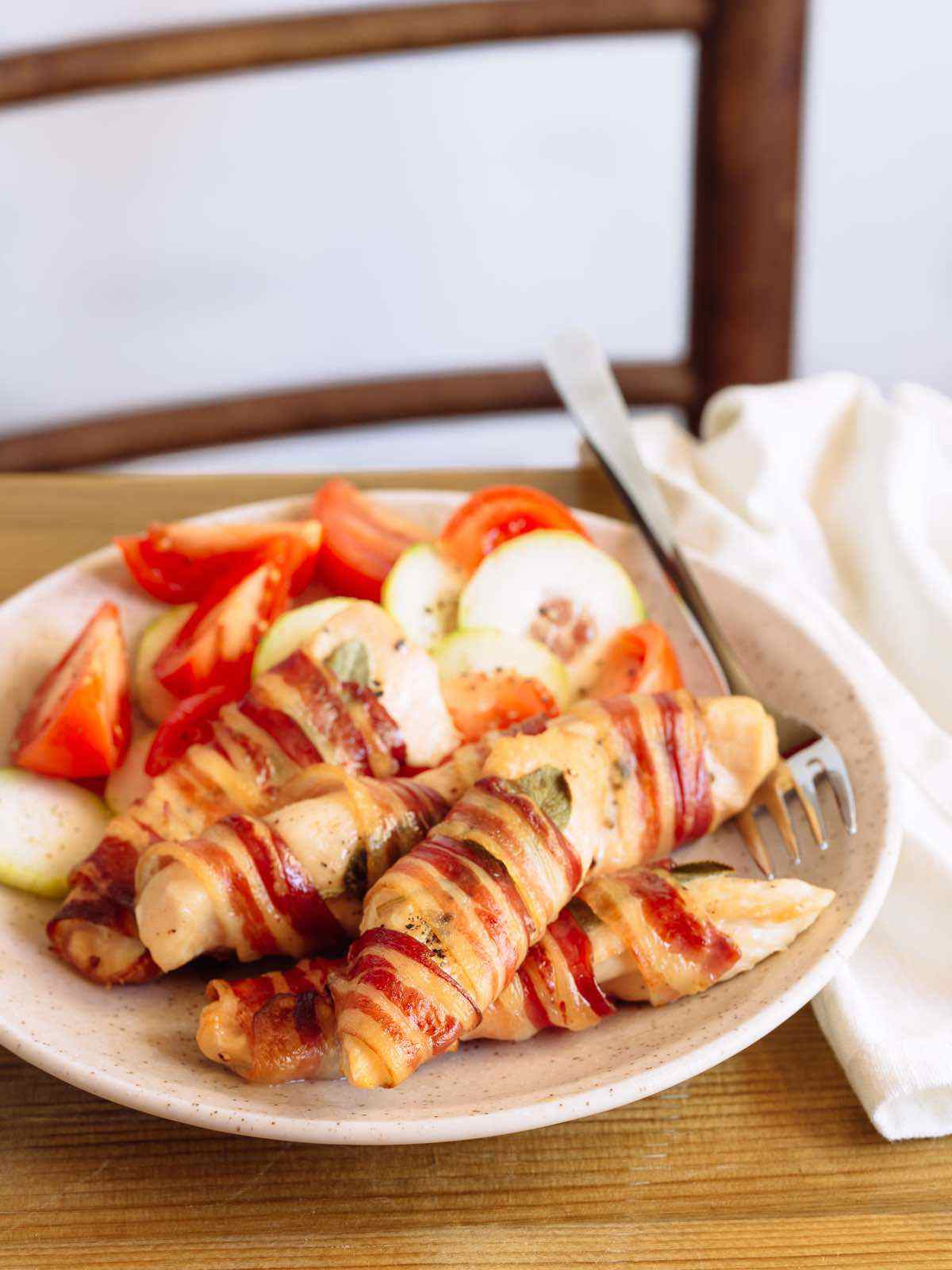 So in the past few years, with the help of an emphasis on low-carb, high protein diets, bacon has regained its spot on the American plate. It’s not hard to find evidence of bacon’s resurgence: it’s become a sort of pop-culture icon. There are bacon festivals and bacon tee shirts and bacon bumper stickers. I have a friend who has had an annual bacon party for about 10 years running now. There are two rules: you must bring a dish to share and it must feature bacon. You can’t even imagine some of the wonderful concoctions that have appeared at his parties.

Now there are about a billion kinds of bacon to satisfy your every bacon desire. Prefer not to eat pork? You can get turkey or even beef bacon these days. And unlike the oddly textured turkey bacon of years past, there’s some really good ones out there today.

And there are even a range of flavors you can get for your bacon, not to mention the availability of the delicious thick-cut bacon. And if you don’t like nitrates – one of the preservatives that’s often used in bacon – there are plenty of nitrate-free options out there as well. My favorite bacon is a thick cut hickory smoked pork bacon that my local butcher slices up fresh for me every week.

So three cheers for bacon! It’s not just for breakfast anymore (although it’s good there too!) because it really does make everything taste better.