Making Paleo orange chicken is a great way to free yourself from your local takeout restaurant, and gives you control over what goes in it. You never really know if a meal is Paleo friendly unless you make it yourself. These recipes deliver massive amounts of orange flavor to satisfy your craving without sending you off track. 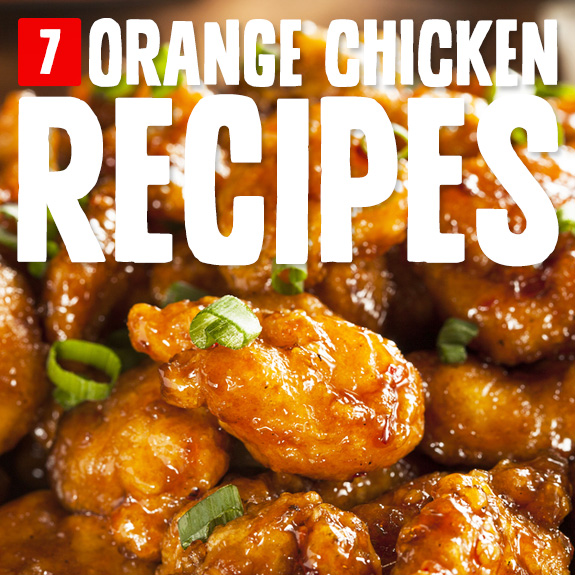 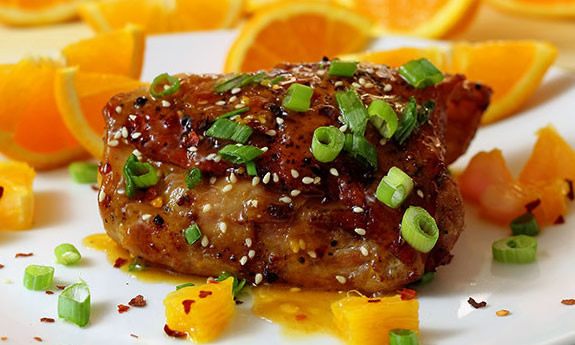 1. Asian Orange Chicken
Try this Paleo-made Asian orange chicken and you’ll be getting real orange flavor from orange zest and fresh-squeezed orange juice. Ginger and garlic give it a spiciness that goes nicely with the citrusy orange, and there’s honey to give it the sweet stickiness it needs to be considered a quality orange chicken offering. The best part about this recipe is that it produces extra sauce which you slather over the chicken, insuring that you’re going to get plenty of flavor in every bite. All Paleo ingredients mean that this is one chicken dish that won’t hinder you. 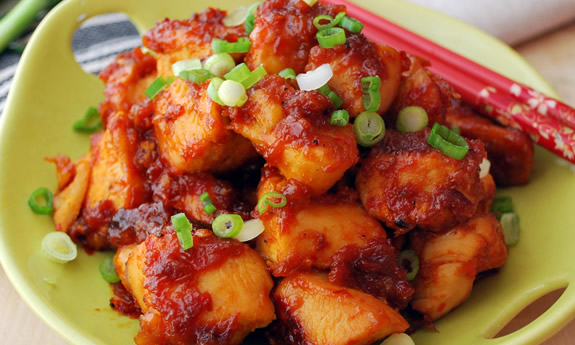 2. Honey Orange Chicken
Honey is a great way to sweeten up your orange chicken. It’s one of the Paleo approved sweeteners, and if you go with raw, organic honey you’ll be adding in an ingredient that helps out the body, rather than using a sweetener that hurts the body.

The use of coconut aminos helps to avoid the use of soy sauce, something that you shouldn’t have while on Paleo. You can be sure that this is going to have the flavor you want because each item used adds to the overall flavor, like fish sauce, ginger, and garlic. 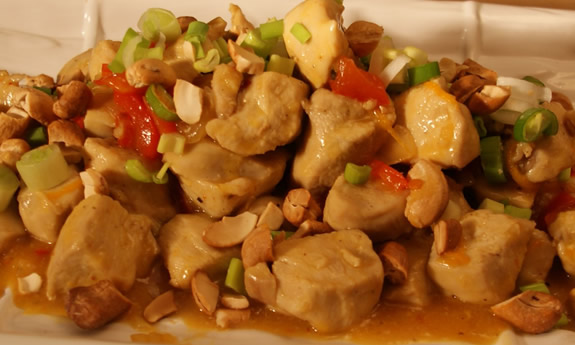 3. Orange Cashew Chicken
Add the nutty and buttery flavor of cashews to your orange chicken and you won’t regret it. This is one meal that has a concentrated orange flavor thanks to the use of juice from three oranges. You’re also using chicken breast for this, which saves you from the mystery meat you get when ordering out. You can upgrade this so that you’re using organic, free-range chicken and it will be even more in line with Paleo eating. It includes vegetables like red bell pepper and an onion, but you might want to serve this over cauliflower rice. 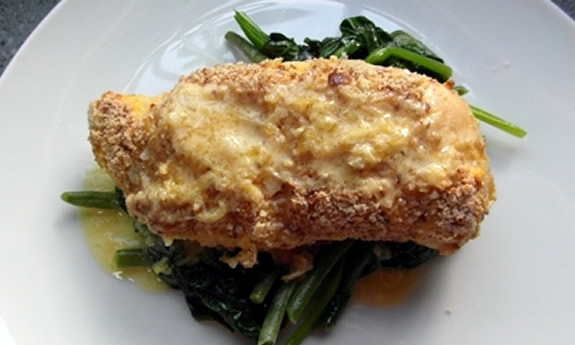 4. Ginger Orange Chicken
Adding the fresh zing of ginger to your orange chicken is a good idea, and many standard recipes for orange chicken will include ginger to some degree. Here it gets more of a starring role, and is recommended for those that love the taste. The chicken gets a pretty good coating of minced ginger, so you’ll have a good amount of it throughout the meal. For the heavy cream just substitute with coconut cream and you’ll keep this fully Paleo. It all takes place on a chicken breast which is nice because you’ll be getting a high quality protein that can help build muscle as well as keep you full longer. 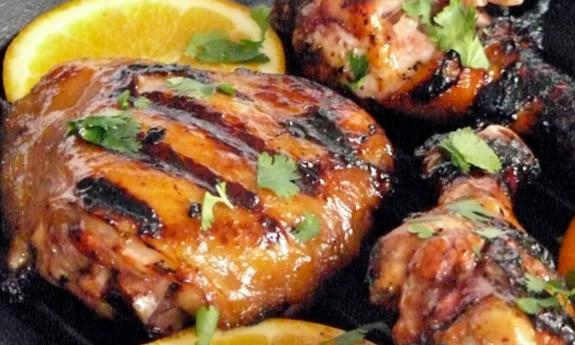 5. Grilled Chicken with Habanero and Orange Glaze
If you like your orange chicken spicy, go with this recipe. It’s using habanero peppers, so there’s going to be some heat involved. You can’t beat a glaze when it comes to making sure the entire piece of chicken is coated in the spicy orange sauce. The real kicker with this recipe is that it’s grilled, so you are avoiding the added fat that comes from pan frying it. But of course on Paleo we’re using oils that are healthy so it’s alright to fry it up, but grilling the chicken gives it another level of flavor. 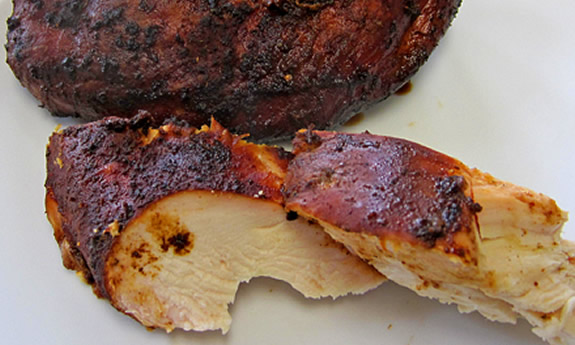 6. Smoked Crusted Orange Chicken
This orange chicken is smoked first to lock in massive amounts of flavor, and then marinated in an orange sauce so you’re getting both smoky and orange flavor all the way through. The outside of the chicken is crusted with your favorite dry rub, so you get to have a little input on this recipe and the final product will be tailored to suit your palate. This is the sort of chicken that takes over your taste buds and doesn’t let go. Be sure to have it with a side of vegetables and this will make a complete Paleo meal that satisfies for hours. 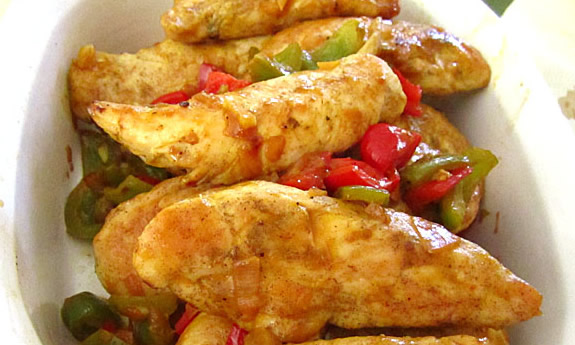 7. Orange Glazed Chicken Bell Peppers
When you use wholesome ingredients like chicken tenders you are making sure that the quality of your meal is up to your standards. This orange chicken recipe produces a nice glaze that coats each tender, and mixes in bell peppers so you’re getting even more nutrition. You can marinate the chicken overnight if you want, and that’s what we’d recommend in order to get the most flavor from it. But that’s not always possible so make sure you let it sit for at least an hour before continuing on with the other steps.