Mayonnaise might seem like it’s Paleo at first glance, after all it’s mostly eggs and oil blended together. But understanding what it means to eat Paleo means getting down to each ingredient and sizing it up for purity. The quality of the mayo is what is most important here, and that involves using oils that are on the approved list of Paleo foods, and making sure that your eggs are organic and range free. The following Paleo mayo recipes will put you on the right track. 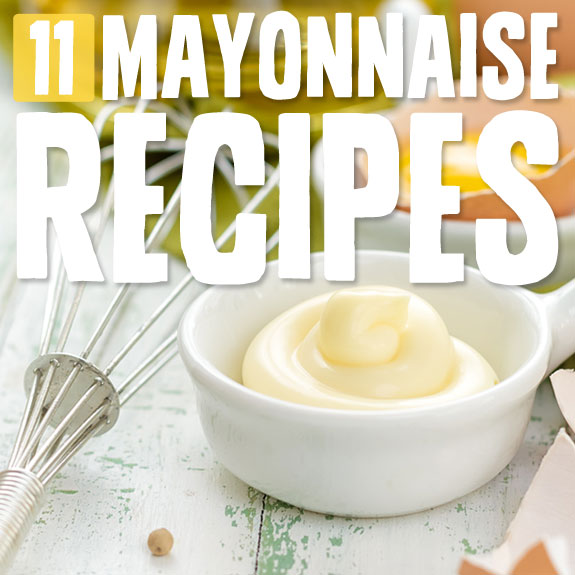 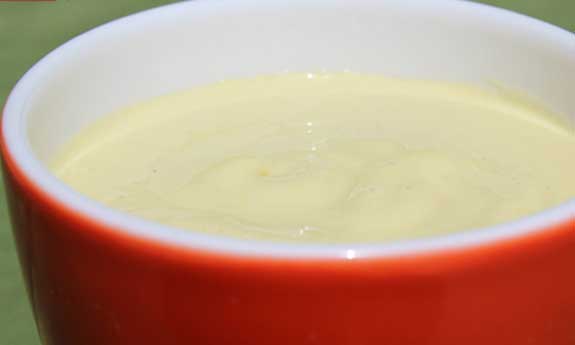 1. Homemade Paleo Baconnaise
Paleo cooks are always adding bacon to things as a way of making them taste better, and well, because they can. Bacon is an approved Paleo food, which is nice because it usually gets the ban hammer on other diet programs. Here they’re just using bacon fat, and not the actual bacon, which keeps the mayo nice and smooth and you don’t end up with pieces of bacon swimming around in it. They pay extra attention to the quality here, using pastured bacon fat, and gluten-free mustard, so you know that they’re making sure to keep this to Paleo standards.

2. Best Homemade Mayo
Saying yours is the best is a big responsibility, since there is so much competition out there you don’t know what you’re up against. At the same time unless and until someone comes along and challenges you on your claim, you get to wear the title. In this case they’re saying they’ve perfected the art of mayo making, and they’ve done so using pastured eggs, light olive oil, and a few other ingredients that will make this look and taste just like you’d expect. You’ll see light olive oil being used in many of the recipes on our list, since Extra Virgin Olive Oil doesn’t work too well.

3. Coconut-Ghee Mayonnaise
This is a wonderful mayo that you will want to keep a good supply of for all sorts of different uses. The coconut and ghee are not two separate ingredients, but come as one and the same, so you’ll get the nice flavor of coconut mixed in with the buttery taste of ghee, and this permeates through the entire batch of mayo. They say if you can’t find the coconut ghee you can just use regular ghee, but that would make this a little less than special. There are also other ingredients, like apple cider vinegar and of course eggs that help turn this into something that looks like mayonnaise. Try it on everything! 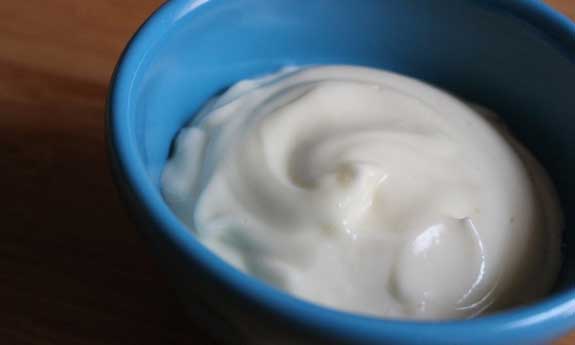 4. 30-Second Homemade Mayonnaise
This has also been referred to as a fail-proof mayonnaise that you can make at home all by yourself, possibly with ingredients you already have on hand. Saying that something will be ready in 30 seconds is pretty incredible, as you might spend that much time just reading this blurb about the recipe. But when you’re only using 4 ingredients and it basically involves blending the heck out of everything, you don’t need much in the way of time. They’ve stripped this down to the bones, so it might not taste as rich as some of the other recipes here, but it will fill the mayo void in a pinch.

5. Truffle Mayonnaise
This mayo uses a special ingredient that you won’t find on any other mayo recipe we’ve featured here: truffle oil. This is going to make it so you have the taste of truffles locked within each spoonful or knifeful of this classic spread. The other ingredients used are pretty typical for a Paleo mayo, and you’ll see an egg, mustard, vinegar, and also another oil to accompany the truffle oil. He’s suggesting that you use walnut, macadamia, or avocado oil as the other oil. No matter which way you go this is destined to turn out great and be a real treat each time you use it.

6. Duck Egg Mayonnaise
In their quest to come up with something different, cooks will come up with all sorts of ways to make a recipe unique. In this case he’s using a duck egg in place of a chicken egg, He points out that they are much larger than a chicken egg, and have biggers yolks, and their flavor adds a new depth to whatever you use it in. In this case you’re going to end up with a mayo that should taste better than most ordinary mayos used with conventionally raised chicken eggs. He said it helped with the emulsion process, which is good because that will give it the look and feel of real mayo, which can be tricky when making it at home. 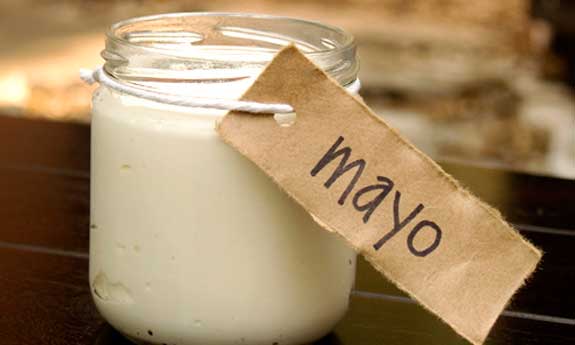 Photo: The Clothes Make the Girl

7. Homemade Olive Oil Mayo
Here is a homemade olive oil that also teaches us a lesson. It reminds us to slow down a bit and have some patience while we’re cooking. It’s not all about rush rush rushing through a recipe. It’s taking the time to make sure you do it right, and if ingredients need to be at room temperature, it’s about waiting until they get there. She points out that her ingredients aren’t what makes the special, but making sure everything is where it needs to be temperature-wise that makes the difference. We’ll let you be the judge on whether she’s cracked the mayonnaise code.

8. Sardine Mayo
If you’re looking for something a bit different why not try this sardine mayo? That is, if you like sardines. When you eat Paleo you may find that you’re introduced with new food ideas and food items that you didn’t eat before. But that’s part of the process, you want to broaden your horizons as much as you can, since there are so many foods you won’t be able to eat anymore. The interesting part of this recipe is that it’s pretty much your basic mayo, except for one ingredient: a sardine. This of course is going to give it a strong and fishy taste, but sardines are also high in omega-3s, so there’s a nutritional benefit to this mayonnaise as well.

9. Lacto-Fermented Mayonnaise
Here’s a mayo recipe that will help get you familiar with the fermentation process if you haven’t dabbled in it yet. Fermentation should be considered Paleo because it’s can be used to store foods for long periods of time without having to refrigerate it. You’d better believe Paleolithic man would have figured out ways to pickle foods and preserve them using natural methods. Here they’re using a pastured egg, organic ingredients, and one of the only Paleo mayo recipes to use Extra Virgin Olive Oil. 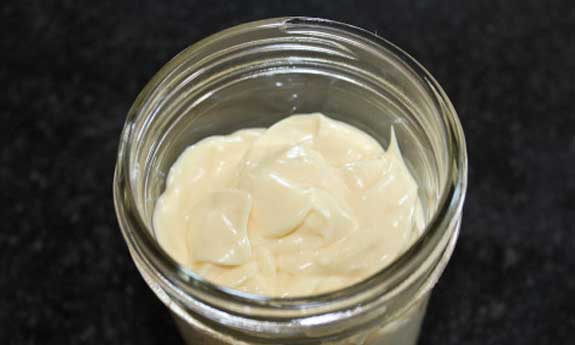 10. Homemade Mayonnaise
This mayo recipe provides a lesson in the importance of emulsion when making mayo. They point out that if the emulsion process fails you’re left with something that doesn’t really look like mayo and you’ll have to try it again. With the tips they provide on getting it right, as well as how to fix things if it doesn’t work, this is a handy recipe to check out to see how it’s done, and the ingredients they use are all Paleo approved.

11. Coconut Olive Oil Mayo
Here’s a way for you to have the taste of coconut infused throughout your mayo. That’s because it’s using both coconut oil and olive oil. It’s another recipe that stresses the importance of using certain ingredients at room temperature. It’s interesting to think that a matter of a few degrees can affect how the finished product will turn out, but that’s chemistry for ya. They stress how important it is to use fresh ingredients, and advise against using eggs sold in grocery stores or supermarkets.