Cauliflower rice seems to be steadily increasing in popularity across the internet. I believe that one of the best recipes incorporating riced cauliflower is raw tabbouleh. The colorful and vibrant dish is one of the few raw dishes that I enjoy. Bursting with fresh herbs and vegetables, tabbouleh is easy and quick to put together. It makes a great lunch salad or side dish for dinner. 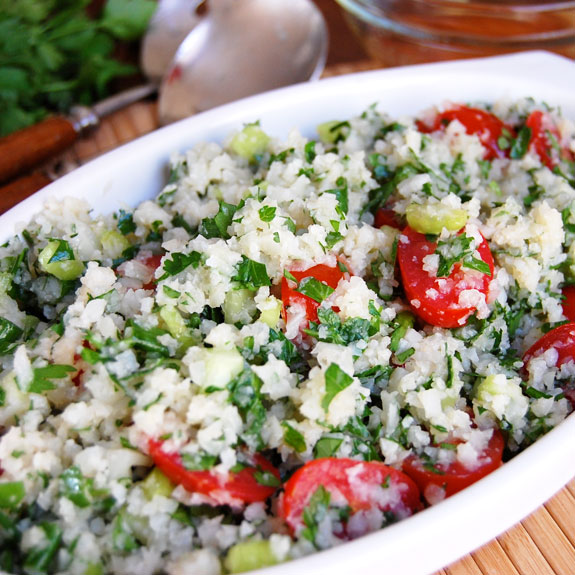 Tabbouleh is a dish that I had not heard of until I moved to the east coast a few years ago. The Middle Eastern salad is traditionally made with bulgur wheat instead of riced cauliflower. But the real star of the recipe is parsley. If you ever have a surplus of flat-leaf parsley, this is definitely the recipe to use it for. And if you are not a fan of the half cup of cilantro that is also called for, you can substitute mint into the recipe in its place. There are many different variations of tabbouleh, so feel free to experiment.

Actually, the item that requires the most time in this recipe is probably chopping up the parsley and cilantro. The easiest way to chop so many herbs quickly is to place the leaves in a tall glass and use a kitchen scissors to cut them. The leaves are confined to a small area so it is easier for the scissors to finely chop them. 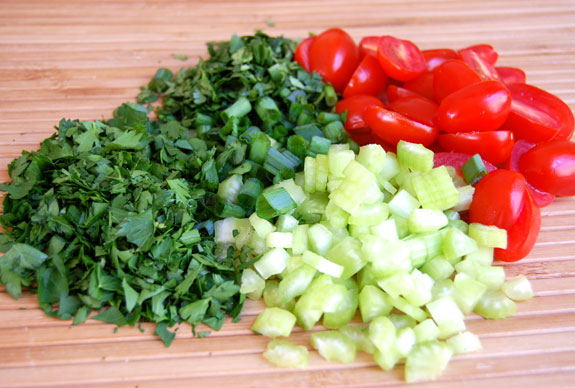 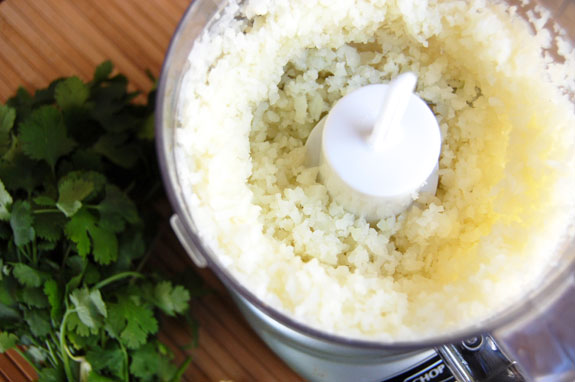 This refreshing dish would be perfect for spring. You can tell it’s really healthy just by looking at it. And it’s also delicious. The light dressing adds a tangy note to the crunchy veggies. The dish tastes even better after sitting for an hour in the refrigerator, allowing the flavors to develop. 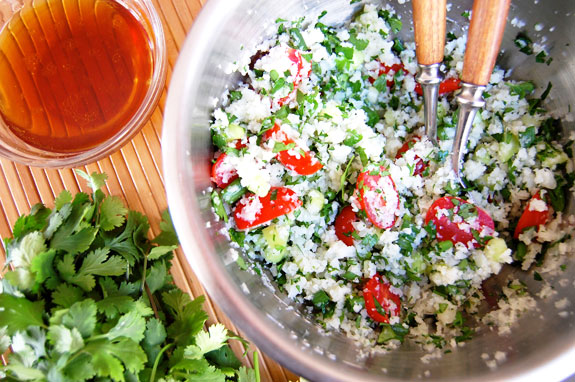