This Paleo recipe for lemon poppy seed baked donuts keeps me out of the drive-thru lane. 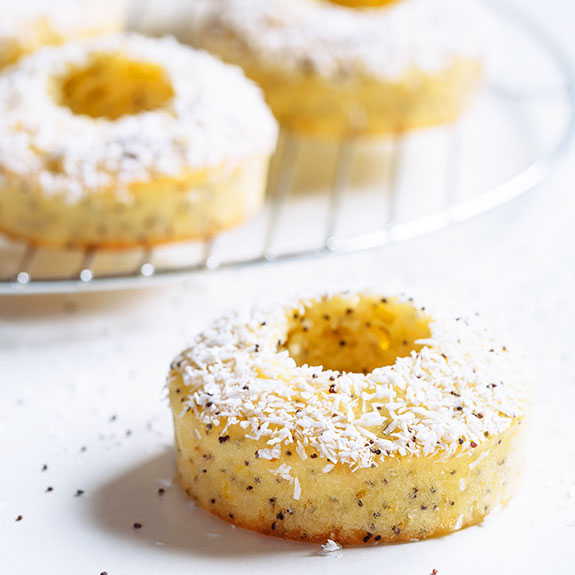 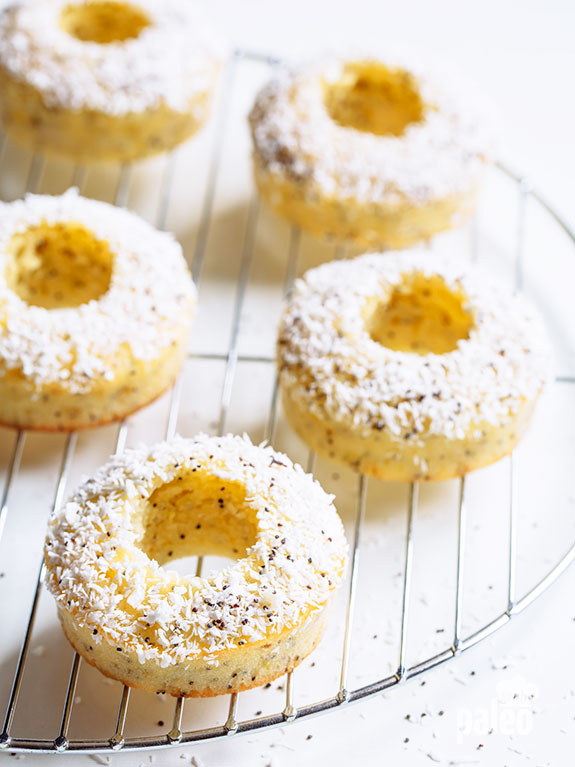 I used to pull up to the local donut shop multiple times a week and grab a donut and a cup of coffee with cream and sugar for breakfast. I always used the mental excuse that I was running late and that one donut wouldn’t kill me and that it was better to have something for breakfast than nothing. I seriously doubt that logic now but there are still days when I’m running late and want to grab something tasty on my way out the door.

For me, eating Paleo is more than just cooking and eating the “right” things; it’s about being prepared. It takes a little more time on the weekends so that during the week I always have a few meals ready to go when I don’t have time to cook, but I happily trade that time for my current and more healthy lifestyle. 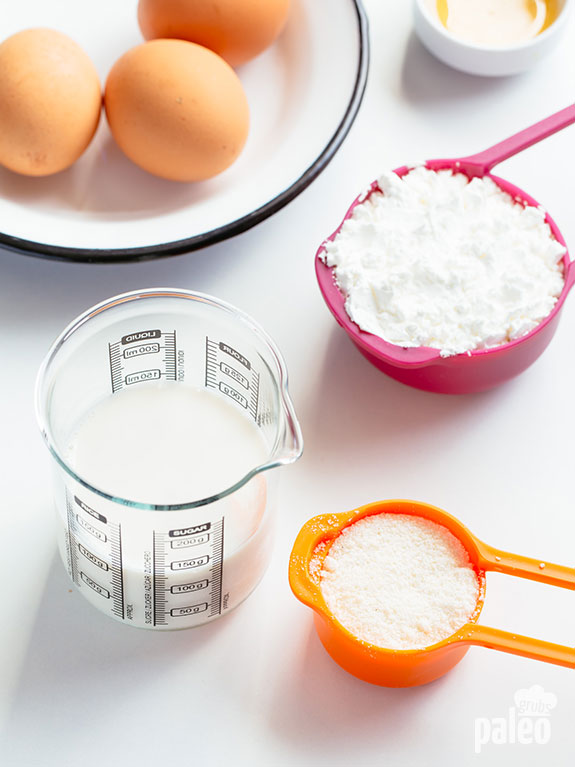 These lemon poppy seed donuts are the perfect example. They are just as easy to make as traditional donuts – actually easier, I think, because the whole “boiling in oil” of traditional donuts freaks me out a bit – and they satisfy my need to have a sweet baked item to grab on my way out the door. And, like many Paleo recipes, it’s as simple as making a few substitutions of key ingredients to make the recipe Paleo friendly. 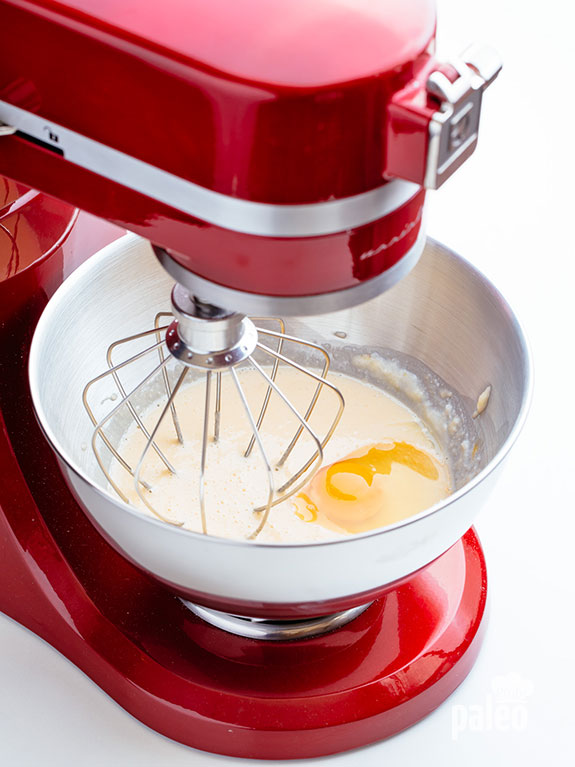 The biggest and most important substitution in this recipe is the kind of flour we use. Instead of wheat flour, this recipe uses coconut and arrowroot flours. I’m sure you’re all familiar with coconuts, if not their flour, but you may be wondering what arrowroot is and why it’s better than wheat flour.

The arrowroot is a tuber – a root – that is traditionally found in South America and has been used for millennia in cooking by people in that area. It is starchy and is a great thickener for soups and stews but its flour is also a great substitute for wheat flour – it’s gluten free!

The only other Paleo-friendly substitution in this recipe is that I use almond milk instead of cow’s milk to get the batter to the right wetness. So that’s pretty simple! The rest of the ingredients are all about flavor – and boy do these donuts have flavor! 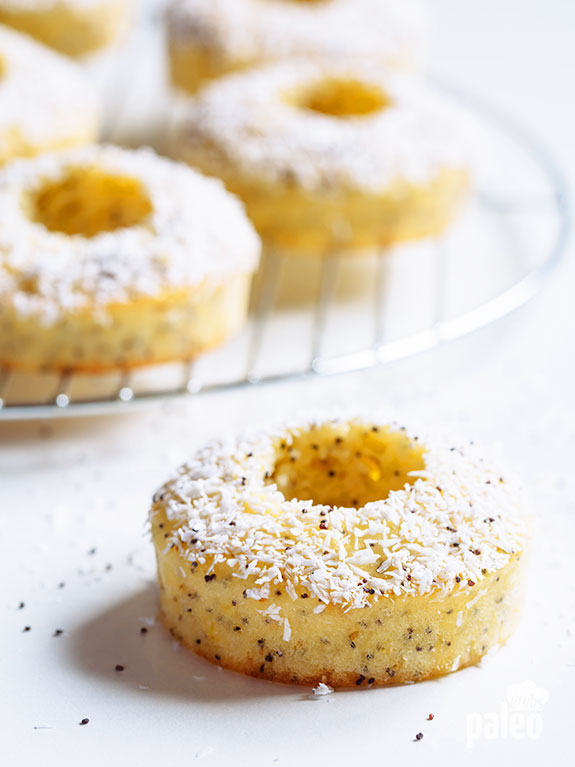 You need surprisingly little lemon juice to get the lemon flavor that makes these lemon poppy seed donuts such a treat. Only one teaspoon! What really boosts the flavor is the lemon zest. The zest is the yellow part of the peel of the lemon.

To get the zest, you can buy a special tool – a zester – that does a great job scraping off just the zest. Or you can use a knife. Just make sure to scrape shallowly at the lemon because you don’t want any of the white part of the peel. The white part is bitter and doesn’t add any lemony flavor, so you want just the bright yellow part, which will add a punch of lemon to your donuts.

The poppy seeds are the tiny black seeds of the poppy flower. Amidst the tangy lemon flavor, the flavor of the seeds is not that distinct, but they have a subtle nutty and floral taste that really blends well with lemon. But be warned: check your teeth after eating anything with poppy seeds. They’re notorious for getting stuck! 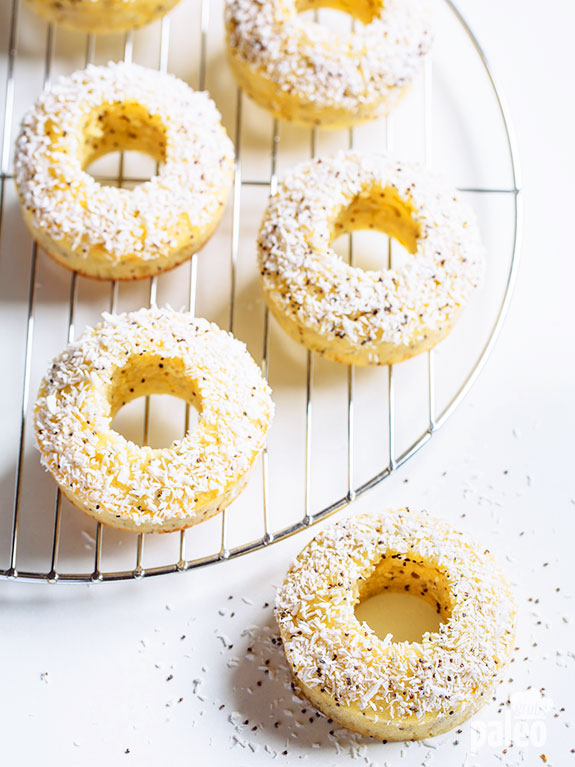 The honey and the desiccated coconut are the icing on the cake… literally. The honey of course enhances the sweetness and the coconut and lemon go hand in hand and make you feel like you’re enjoying a tropical treat.

So next week, skip the donut shop drive-thru, whip up a batch of these lemon poppy seed donuts and get your Paleo breakfast baked goods to go at home.

(Make this next: Hummingbird Bars)