There’s no denying that one of the worst things you can put into your body is store bought soda. It’s loaded with sugar, high fructose corn syrup, and other harmful ingredients and additives that directly contribute to the development of many types of chronic inflammatory disease. However, the good news for soda lovers out there is that it’s definitely possible to make your own homemade paleo friendly soda. Today I’m going to be sharing a recipe that will show you how to do just that. The recipe makes a homemade lemon lime soda electrolyte drink is one of my go-to drinks for rehydrating after a workout or just as a simple refreshment. It’s usually this or one of my other juice recipes in the fridge for me and the kids. 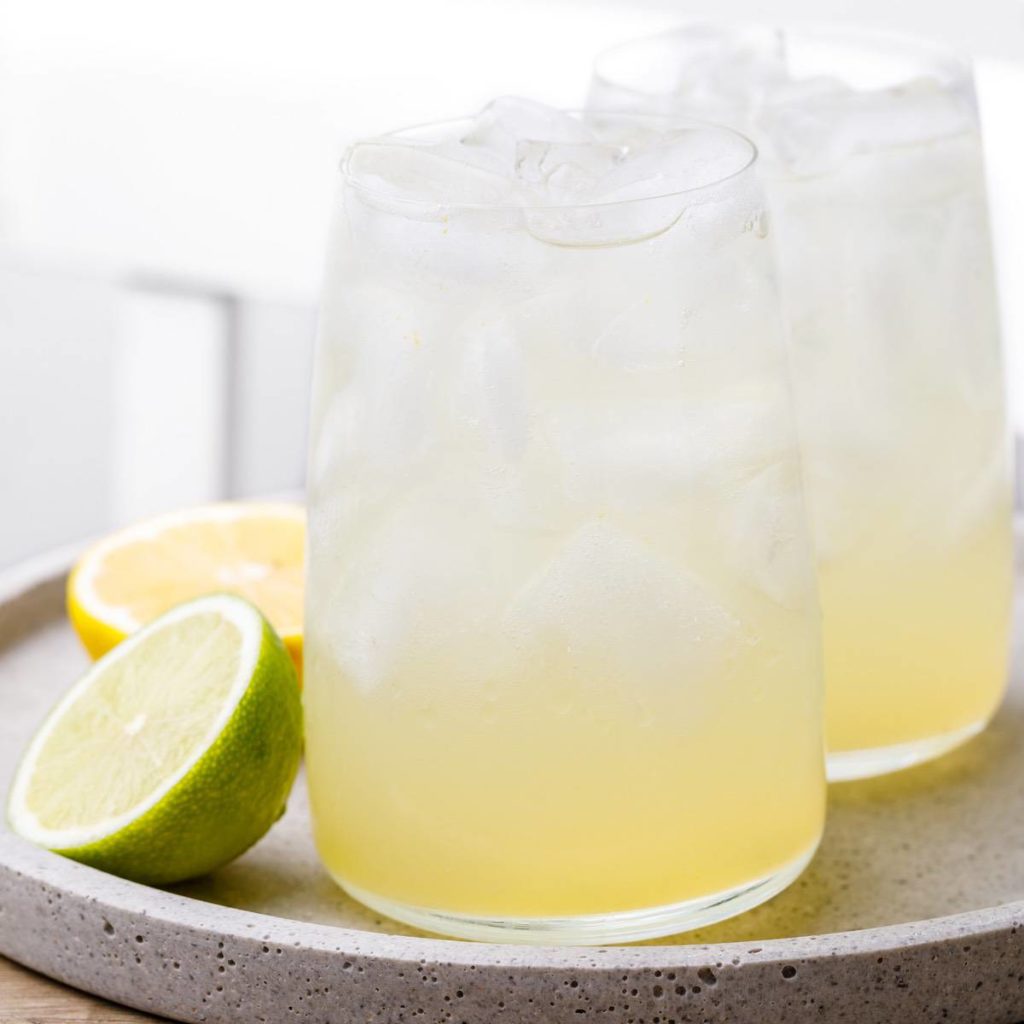 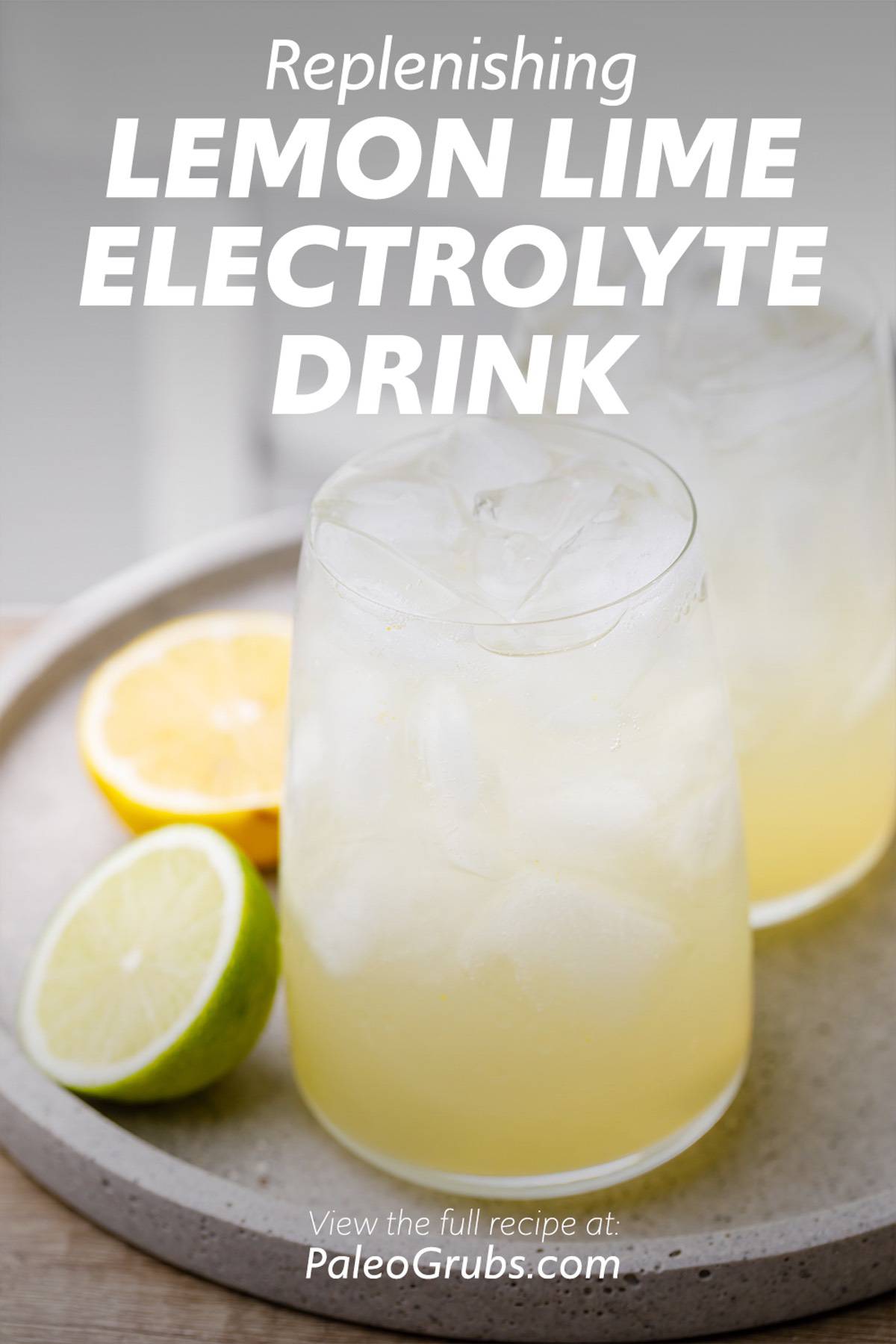 How to Make the Most Nourishing Homemade Lemon Lime Electrolyte Drink

The best thing about making your own homemade pale sodas is the fact that they’re super quick and easy to whip up from scratch. This particular recipe is no exception as you can have it ready to go in only five minutes from start to finish. 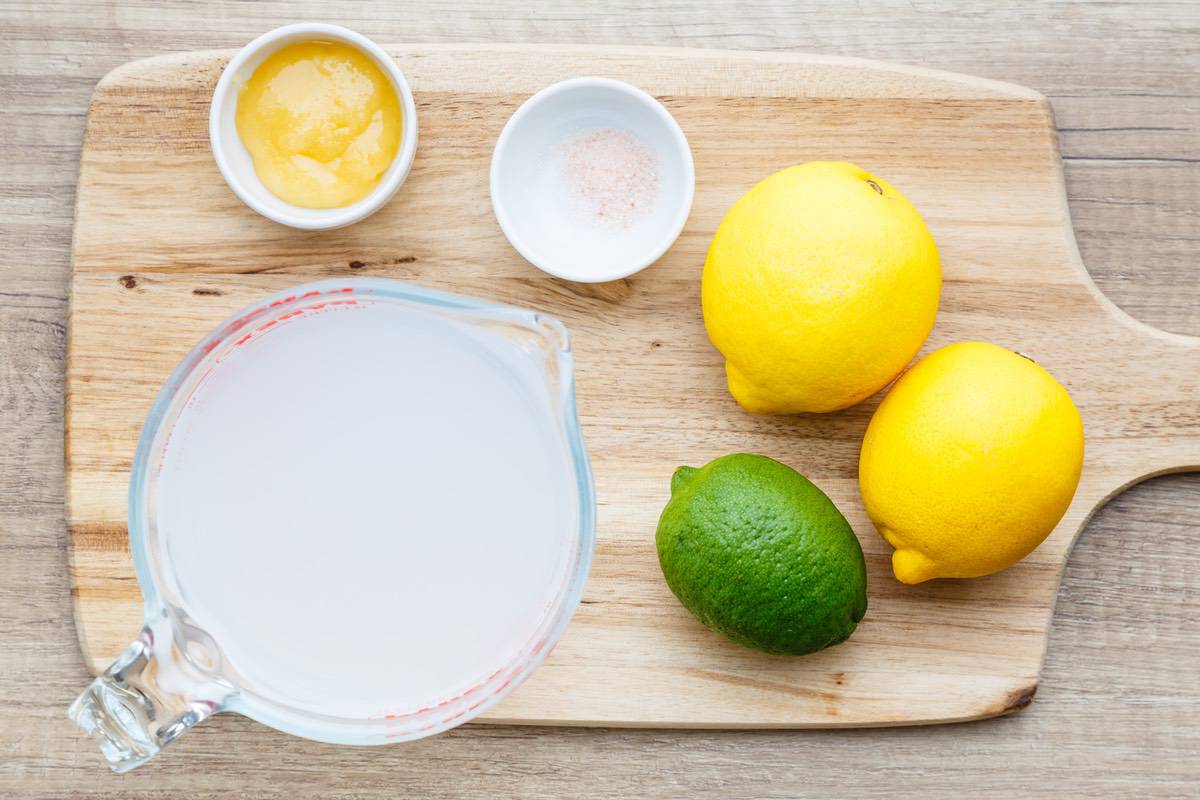 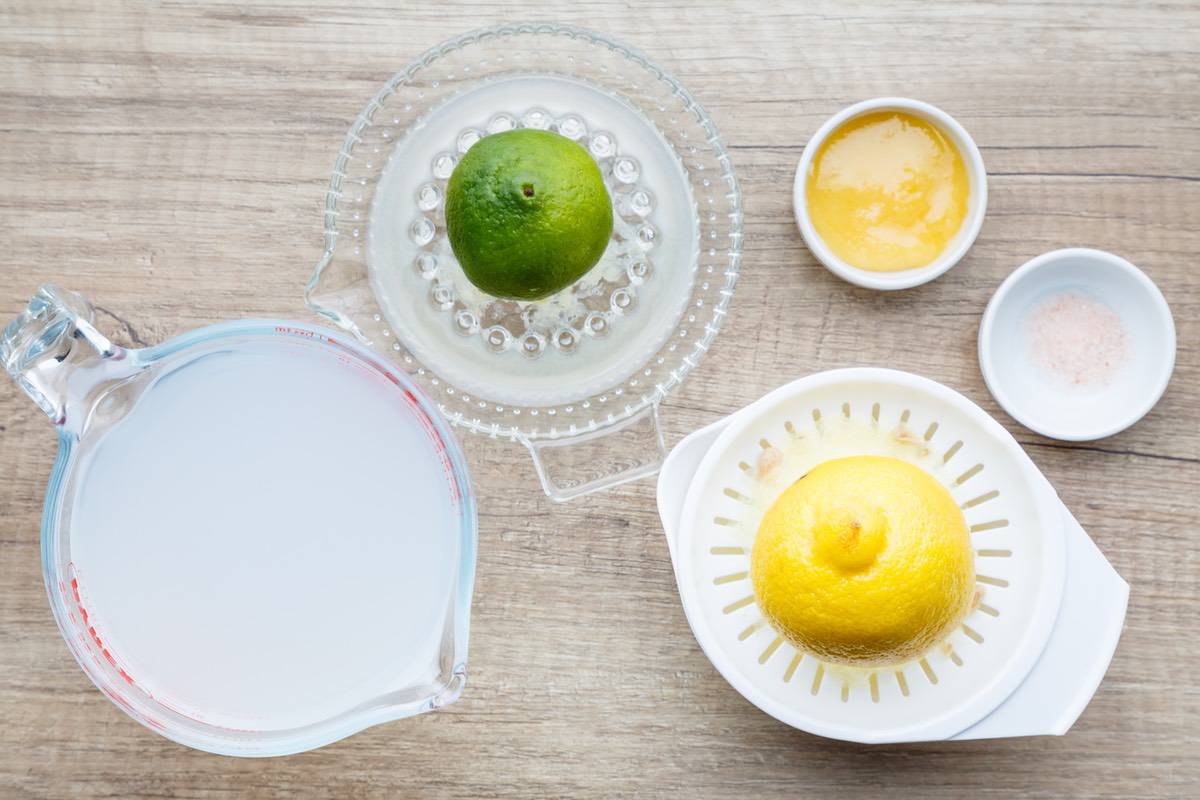 From here it’s a simple matter of filling your glasses with ice and dividing the drink between them all. This drink is fantastic for cooling off and refreshing on those blistering hot days. 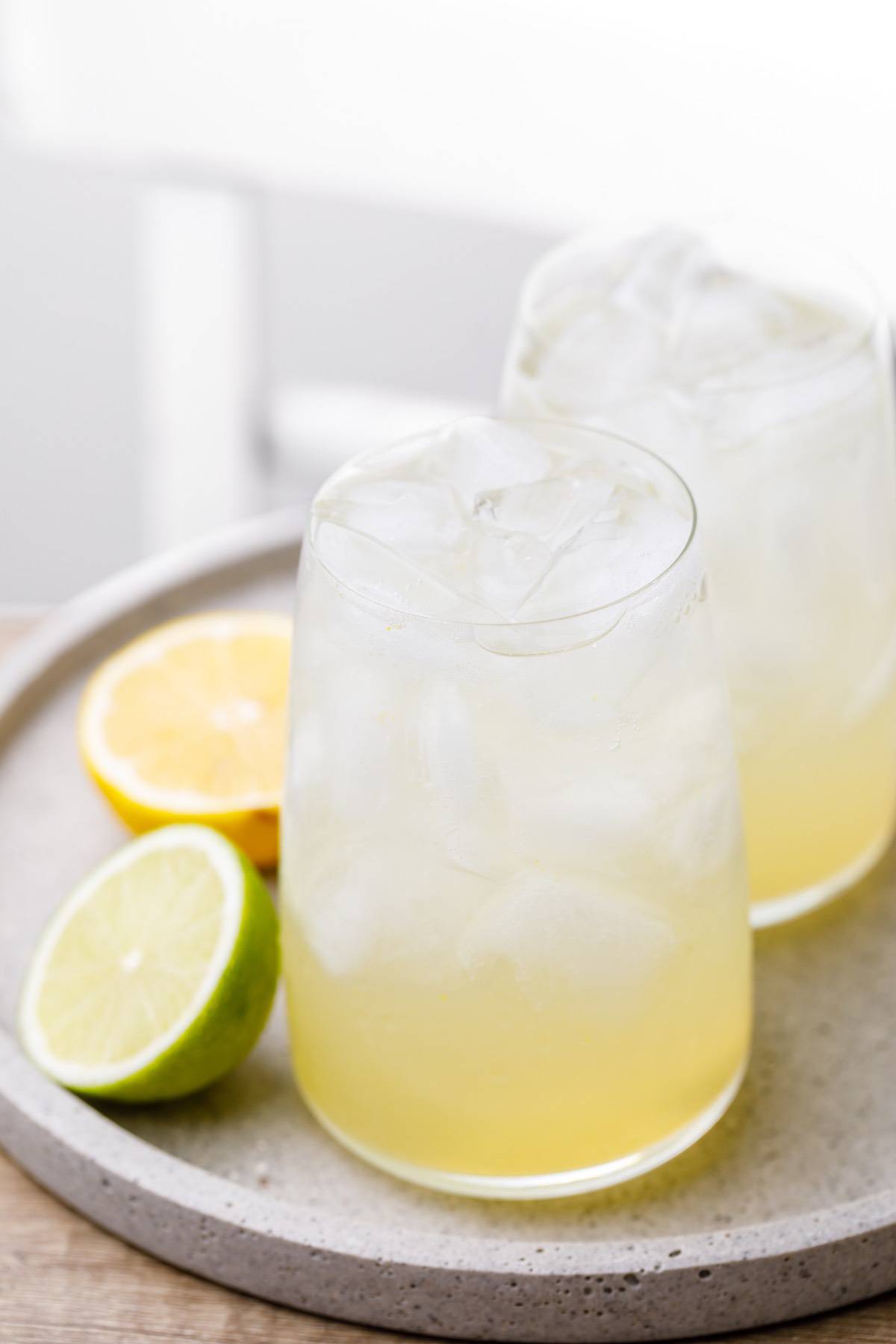 3 Reasons Why Homemade Electrolyte Drinks Are Better Than Soda

One of the biggest misconceptions that many people have is that drinking electrolyte drinks like Gatorade or Powerade are healthier options than drinking soda.

A lot of folks are surprised to learn that in spite of the clever marketing, many of these electrolyte drinks are not much better than soda. They may contain fewer calories, but quite often they’re loaded with even higher amounts of sugar and colorants. 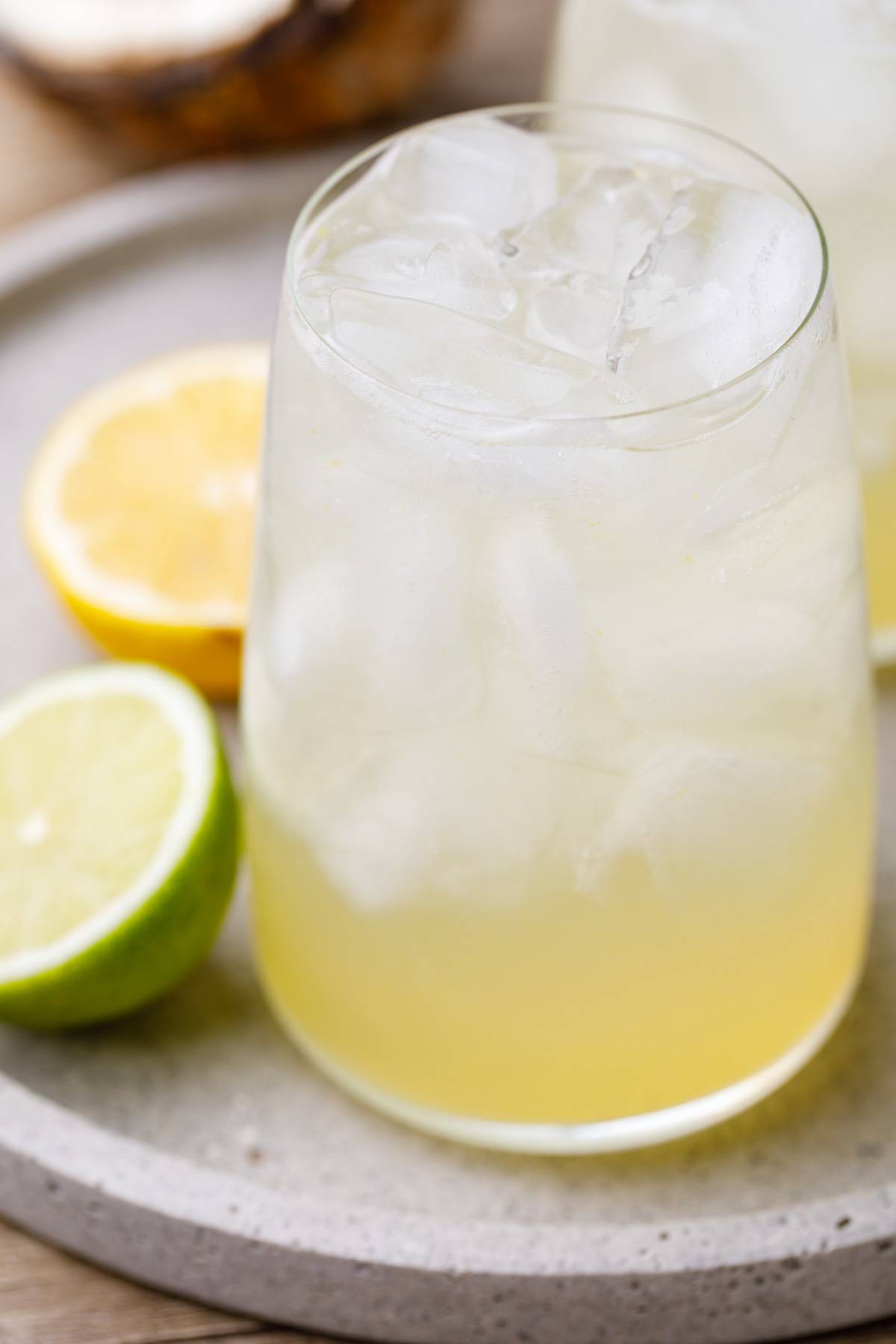 Here are three great reasons why this homemade electrolyte drink is a better choice than soda:

In general, pink Himalayan salt is a better option for your health because it contains higher concentrations of trace minerals like potassium, calcium, magnesium, and iron, while having a bit less sodium compared to table salt.

However, it’s also important to stress that the amount of these minerals in pink Himalayan salt are quite low. However, when mixed with coconut water like in this recipe, the two ingredients provide a one-two punch combo of electrolytes.

I wouldn’t stress over it, but if you have pink salt anyway, go for it!

Is an Electrolyte Drink Better For You Than Regular Water?

Just as it’s a common misconception that brand name electrolyte drinks are healthier than soda, many people also mistakenly think they’re superior to plain old water as well. The truth of the matter is that it actually depends on a few circumstances.

If you’re experiencing symptoms of dehydration or if you’ve just sweat out a massive amount following a grueling workout, then you’ll probably be better off going with some kind of all natural electrolyte drink to quickly replenish lost minerals.

However, for average daily use, you’re going to be better off just sipping water throughout the day in order to remain hydrated. Most people should aim to drink between 6-8 glasses of water on a daily basis. However you should keep in mind to aim for more if you’re more physically active than the average person as well.

(You may also like: Lemon, Ginger and Basil Iced Tea)