I didn’t realize until I starting doing the research that leeks are an incredibly versatile ingredient. You can put them in soups and hashes, you can caramelize them, and they’re super delicious. If you’re looking to get leeky, try some of these recipes.

1. Chicken Livers With Leeks and Kale

Liver is a food that many of us know is supposed to be healthy, but we can’t all bring ourselves to eat without a fight. But liver can be really tasty! Try this recipe, which includes uncured bacon, chopped leeks, kale ribbons, chicken broth, and garlic. 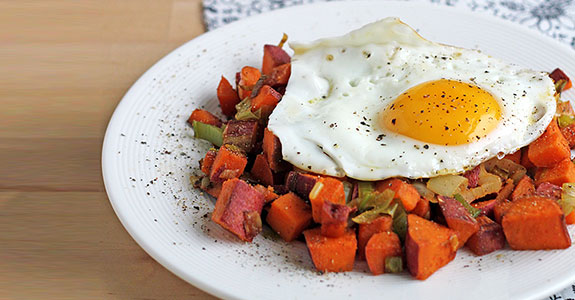 One of my favorite simple meals to make is an easy hash with whatever I’ve got hanging around topped off with a nice and crispy fried egg. The egg adds protein in this flavorful meal with sweet potatoes, cumin, garlic, leeks, coconut oil, and smoked paprika.

This yummy soup has a velvety texture and whips up in just half an hour with leeks, olive oil, sea salt, garlic, thyme, celery, black pepper, and fresh lemon juice. I’ve been kind of obsessed with celery in soups lately (celery in general, really) so this one makes me excited!

My husband absolutely loves eggs, and a good old frittata is one of his favorite ways to eat them. I think I’ll get him to make this delicious looking version with butter, asparagus, leeks, and celery. It can be make diary free by replacing the dairy milk with coconut or almond milk.

Want your soup thicker without sacrificing any of its rich creaminess? Sick of coconut milk? Try this soup recipe with creamy cashews, chicken bone broth (or vegetable broth), white potatoes, leek, basil, rosemary, thyme, and a bit of salt and pepper. 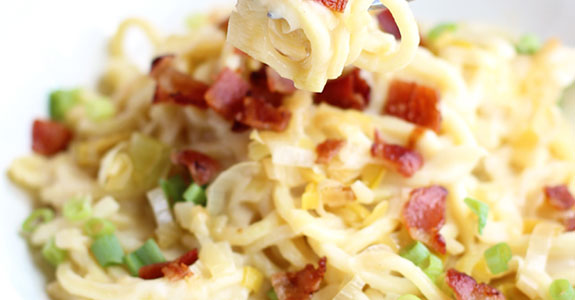 Never had a leek salsa? Neither have I. But today would be a perfect day to try one. Why? Because I’ve found this awesome grilled keel and roasted bell pepper salsa with tomatoes, garlic, cilantro, chopped jalapeno, lime juice, black pepper, and sea salt.

Sometimes, it’s all in the presentation. This salmon with leeks is a perfect example, with easy ingredients like leeks, salmon fillets, rainbow peppercorns, and salt. Lay your salmon on a bed of leeks and serve yourself and awesome and protein-rich meal that’ll make you feel fancy.

This salad is perfect for spring time, with asparagus, leeks, coconut oil, strawberries, pine nuts, balsamic vinegar, red wine vinegar, Dijon mustard, and optionally, a touch of honey. If you eat dairy, same shaved parmesan would be delicious—or just leave it off! 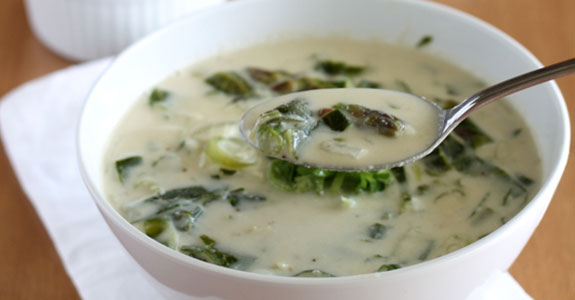 10. Cream of Asparagus Soup With Leeks and Collards

Now that we’ve admitted soup is one of the best ways to eat leeks, let’s just embrace it, shall we? This yummy one is made with leeks, onion, asparagus, garlic, parsley, nutritional yeast flakes, celery seed, and cashews. Replace the cane sugar with coconut sugar or honey.

This simple lunch or light dinner is made with tilapia, leek, red onion, sweet potatoes, asparagus, and coconut oil. That’s all you need! The flavors are crisp and clean, and you have starches, proteins, and fibers all included in this tasty fish and veggies meal.

A lot of people think “fancy food” is too hard to make, and it’s not true! This “fancy” little beautiful plate is made with a silky leek confit (use coconut milk for the cream), perfectly seared scallops, and garlicky macadamia crumbs to create a pretty little appetizer.

Okay, I admit it. I’m kind of a pizza fiend. It doesn’t even matter what kind of diet I’m eating—I love the stuff. This paleo pizza is made with a cassava flour crust, soaked cashews, nutritional yeast, coconut milk, garlic, mushrooms, leek, dried oregano, and sea salt. 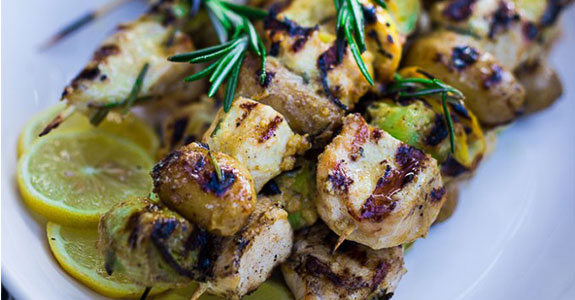 If you’ve read my lists before, you know how I feel about skewers: I love them. Especially this recipe, which uses fingerling potatoes, leeks, chicken breast, Dijon mustard, olive oil, garlic, fresh rosemary, salt, pepper, and lemon. The grilled leek rounds are awesome!

I’ve been getting an awful lot of sweet potatoes in my CSA share recently, and we’ve had to get creative in finding ways to use them. I especially lov this hash recipe, with bacon, leeks, sweet potato, white wine, and dried rosemary. I imagine some shredded or chopped grilled chicken would be a fun addition.

This soup is flavorful and creamy-delicious with butter, onions, garlic, broccoli, chicken stock, leek, chopped mushrooms, coconut milk, dill, salt, and pepper. Bonus points if you use homemade bone broth, which is super rich in gelatin and other nutrients.

This soup is a perfect use for that amazing butternut squash you picked up at the Farmer’s Market and aren’t sure what to do with it. You’ll also need a leek, some chicken stock, fresh thyme, a bay leaf, and a pinch (or two, if you like) of cayenne pepper to add some heat. 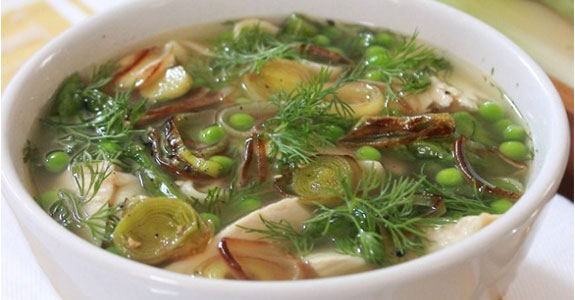 If these little caramelized leeks don’t look absolutely heavenly, I don’t know what to tell you. This soup is completely packed with goodness from the leeks to the garlic, rotisserie chicken, peas, asparagus, and fresh dill. For the noodles, try using zucchini noodles added last.

This lovely and crisp-white soup is perfect to take to work with you in a thermos or send to school with the kids. You’ll need cauliflower, leeks, garlic, coconut oil, hemp seeds, soaked cashes, and Himalayan salt. The cashews are creamy so you don’t need coconut milk, which keeps the flavors pure.

This awesome baked eggs recipe is made with leeks, Swiss chard, coconut milk or bone broth, lemon juice, and butter. If you eat cheese, you can add some Pecorino Romano—otherwise, just leave it out or replace it with nutritional yeast for a creamy flavor.

I love potato salad, but I hate mayonnaise. How is that possible? Well, my potato salads are always made with lighter, fresher flavors, like this one, with leeks, Dijon mustard, white vinegar, fresh parsley, olive oil, fine sea salt, and freshly ground black pepper. 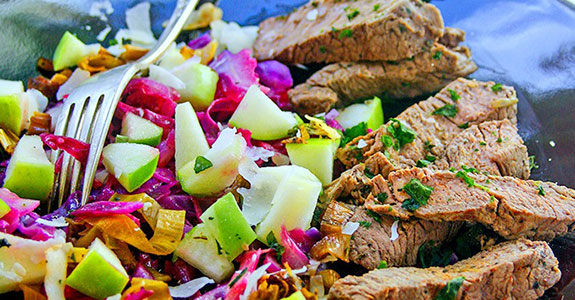 This cabbage slaw with leek and apple looks like unicorn food with it’s amazing pink, purple, lime green, and white base with flecks of red onion. You’re definitely going to want to make this for your next picnic with family and friends. Especially if you plan to invite any unicorns.

Earlier in the year, we were getting double shares of tomatoes from our CSA share. lot of them we turned into paste (we don’t really care for eating them fresh), but many of them were dried and turned into the most fabulous sundried tomatoes that I’m going to use to make these muffins.

(Read this next: 48 Creative Plantain Recipes for Paleo Cooking)