This recipe introduces an updated version of classic Caesar salad. Kale is substituted as the base of the salad instead of romaine because of its nutritional punch and heartiness. Along with creamy homemade dressing, the salad is topped with crunchy almond-crusted chicken. Only wholesome, natural ingredients are used for this filling meal. 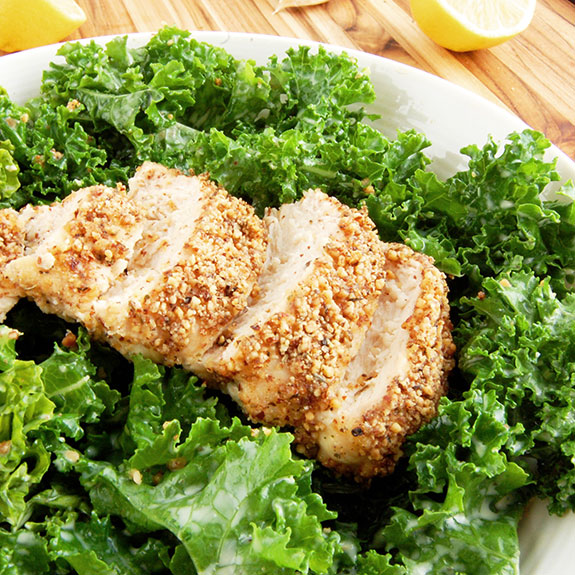 There are three parts to preparing this salad. The first is to make the delicious almond-crusted chicken (if you prefer a vegetarian salad, skip down to step two). I decided to crust the chicken since there are no croutons in this salad, as would be present in a classic Caesar salad.

Since I thought some crunch would be missed, I added a simple crust for the chicken. Simply grind some almonds in a food processor and mix with a few spices. Dip the chicken in a bowl with whisked egg and then dredge in the almond mixture. Bake for about 20 minutes or until the chicken is cooked through. 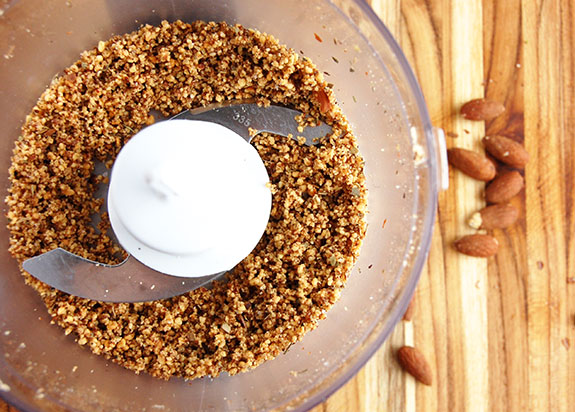 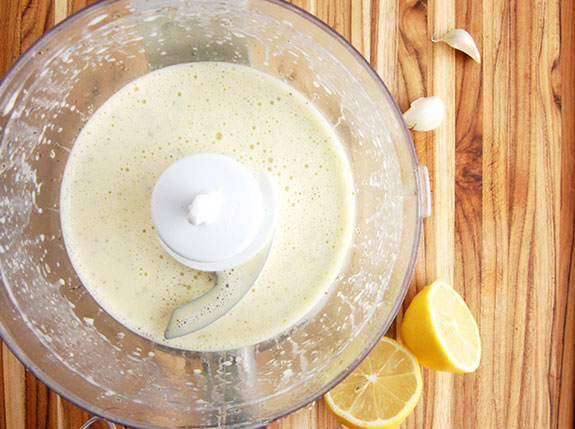 While the chicken is cooking you can prepare the second part of the recipe, the special dressing. Better than the store-bought version, homemade Caesar dressing is easy to make – just blend. If you are worried about using raw egg yolk in the dressing you can substitute a tablespoon of mayonnaise instead. And of course there is the anchovy paste, which Caesar salad would not be the same without. I have been able to find anchovy paste near the canned fish in the grocery store. Also, I recently heard about an interesting twist for Caesar dressing, which is to roast the garlic first. I will definitely have to try that in the future. 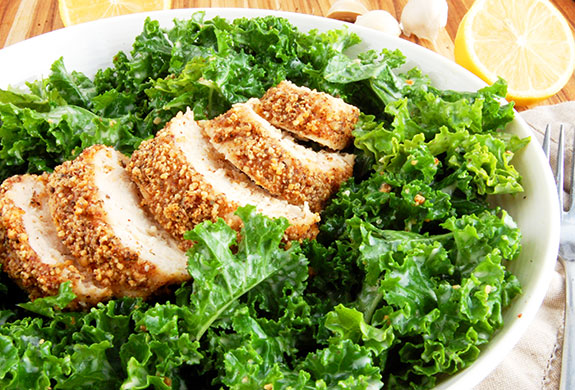 The third part of the salad is the kale of course. The kale does not require too much attention, just make sure to cut the leaves off the tough stems, and chop them into thin ribbons. I’ve been trying to incorporate more kale into my diet lately because of its incredible health benefits. The kale gets massaged with the dressing, and any leftover dressing can be bottled and saved in the refrigerator for another day. Or another salad, since you will most likely be craving a repeat of this healthy and hearty recipe.