For those new to Paleo, or for those who have dabbled in Paleo for quite some time, quinoa can be a particularly confusing food item in terms of where it fits into dietary guidelines. (1) 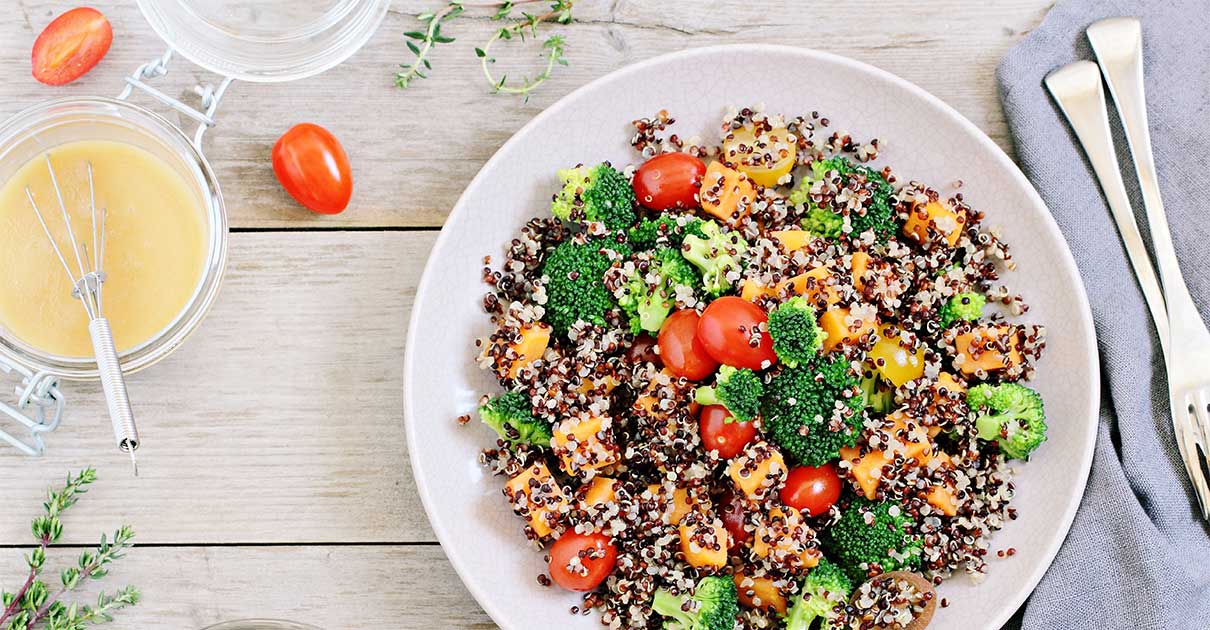 Remember that when following the Paleo diet, you are incorporating plants, animals, nuts and seeds.  So, when answering if quinoa can be incorporated into a Paleo diet, it is important to understand what quinoa really is.

Although some may believe that quinoa (pronounced “keenwah”) is a grain, it is actually a seed, harvest from a plant species known as goosefoot .

Because it is often used as an alternative to hot cereal, rice, and pasta, it is actually often confused as being a grain rather than a seed. Interestingly enough, quinoa is more closely related to spinach or beets than a cereal or grain.(2)

Quinoa does not often induce allergenic reactions, in part because it is a gluten-free food.  In addition, studies indicate that quinoa has a “higher-than-expected digestibility” as compared to other grains or plant-family foods (i.e. barley, rye, oats), making it less likely to produce adverse reactions when consumed as part of one’s food choices.

So, if quinoa is actually a seed, isn’t it Paleo friendly?

Why do many paleo experts recommend that quinoa be avoided?

According to Loren Cordain, PhD, quinoa is classified as a “psuedo grain” along with amaranth and buckwheat.

“All of these plant seeds contain a variety of anti-nutrient compounds which potentially have deleterious effects in humans, particularly if they are consumed in high amounts on a regular basis.  Quinoa seeds may contain very high concentrations (up to 5,000 mg/kg) of compounds known as saponins, which like the name implies, have soap like properties they may cause a “leaky” gut by breaking down intestinal cell membranes.”

Cordain also states that quinoa seeds may be “polished” during processing as a way to help reduce the saponin content as the highest concentration of the compound is contained in the outer seed layer; however, even with polishing in mind, fruits and vegetables are considered to be a superior choice to quinoa as a source of carbohydrates. (3)

Further more, according to Robb Wolf, author of The Paleo Solution, it is important to remember than quinoa has similar properties to grains in that it can act as a gut irritant.

“Unlike gluten, which attaches to a carrier molecule in the intestines, saponins simply punch holes in the membranes of the microvilli cells. Yes, that’s bad. Saponins are so irritating to the immune system that they are used in vaccine research to help the body mount a powerful immune response. The bottom line is if you think grains or grain-like items like Quinoa are healthy or benign, you are not considering the full picture.”

What if I choose to incorporate quinoa now and then?

There are individuals following the Paleo diet that have decided to incorporate quinoa and other pseudo-grains from time to time to avoid boredom and add in some variety in terms of taste and texture.

According to Cordain, you don’t have to be so rigid or stressed about the avoidance pseudo-grains for the rest of your life, particularly if incorporating it from time to time will keep you on a Paleo diet the majority of the time.

Many individuals will also add quinoa to their Paleo diet as part of the “80/20 rule”, which basically implies that you will still get 99% of the benefits of the Paleo Diet even if you only adhere to it 80% of the time. So if quinoa doesn’t upset your stomach, and it is not incorporated often, it can be enjoyed from time to time.

As Chris Kresser so eloquently states,

“Here’s the thing. As convenient as it would be to have a “one-size fits all” diet that works for everyone, we’re not robots. We’re more diverse than that. Someone who’s dealing with an autoimmune disease, leaky gut, arthritis and skin rashes would certainly benefit from a strict Paleo diet and may even need to follow that approach for the rest of their lives. But for someone that is fundamentally healthy, such a diet may be unnecessarily restrictive. They might do perfectly well eating grains (other than wheat), especially when those grains have been properly prepared by soaking and/or sprouting.”

Bottom Line:  If you are following a strict version of the Paleo diet, quinoa should be avoided.  On the other hand, quinoa can fit into a Paleo diet now and then if you aren’t dealing with any specific health concerns, such as autoimmune disease or leaky gut.  In general, however, it is recommended to get in your carbohydrates from fruits or vegetables, and stick to meat, poultry, or eggs as your protein source.