ICE CREAM TRUFFLES! Yes, you heard (read) that right and no, I am not just being a cruel Paleo temptress. If I’ve said it once, I’ve said it a million time: Paleo is not just about depriving yourself; it’s about finding new, wholesome ways to eat the things you love. And these ice cream truffles are probably the best example of that. 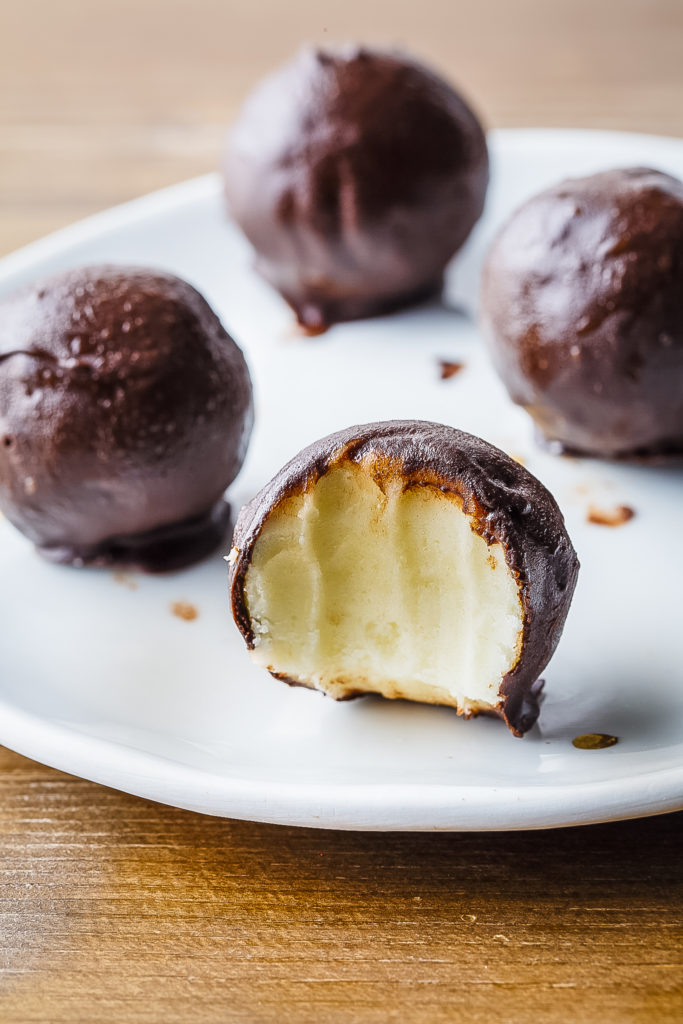 I am a recovering ice cream addict. I’m not ashamed to say that at one time in my life, sitting down and chowing a whole pint of Ben and Jerry’s was not out of the question for me. At times in my life, ice cream became a once-a-day thing, which probably wouldn’t have been so bad, if I had been able to control my portion size. But I generally couldn’t. Ice cream owned me.

So when I first started Paleo, ice cream was something I missed terribly – along with bread and crackers and all sorts of other carby things. But ice cream was right up at the top of my “Most Wanted” list. And unlike a lot of other things on the list, it took me longer to think about an alternative to ice cream. Why? Maybe because I thought that even a Paleo safe alternative would awaken my inner ice cream beast. But here’s a little side tip I’ve learned along the Paleo way: once your body gets used to your Paleo diet, you’ll actually lose your taste for the super sweet stuff you may have once indulged in. Treat your body right and it becomes your ally, not your enemy. 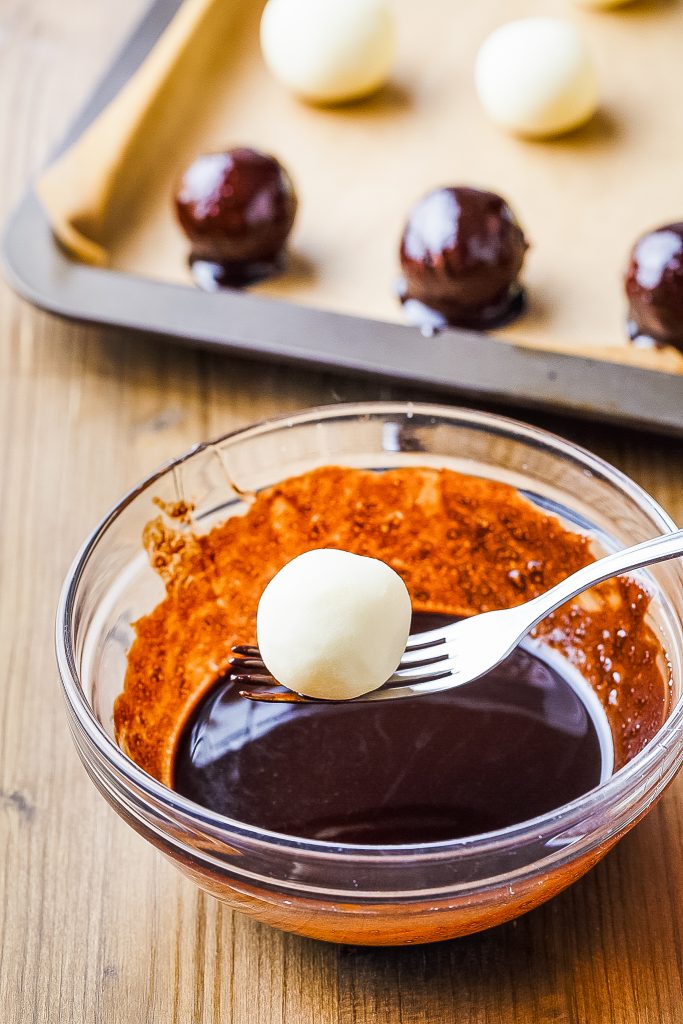 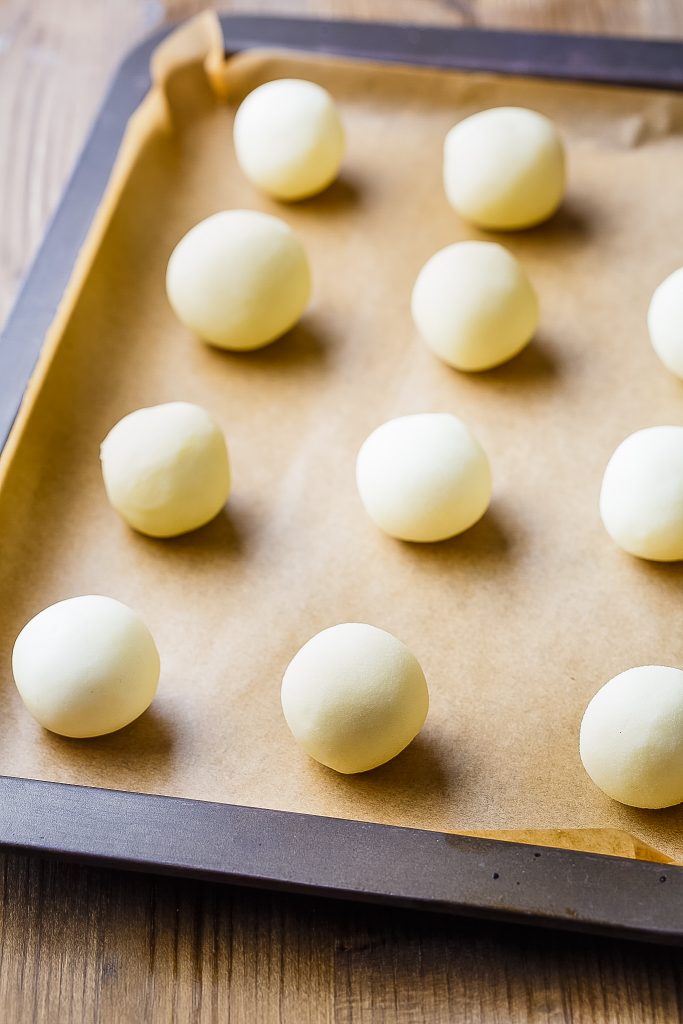 So, to be honest, most days now I don’t even think about ice cream. If I want something after a meal, I actually crave fruit like strawberries and blueberries. If you had told me that a few years ago, I would’ve laughed in your face. I was never one of those “I could really go for some fruit” kind of people. In fact, those people always kind of annoyed me. I mean, really – who craves things that are good for you?! Well, now, I do. That’s what Paleo has turned me in to – and I don’t find it annoying in the least!

But whether you’re looking for a special treat or you want to serve a delicate, refined, and tasty dessert at your next party, these ice cream truffles are a great way to go. Start with full fat coconut milk. Remember that fat content doesn’t matter with Paleo – it’s the carbs that matter. 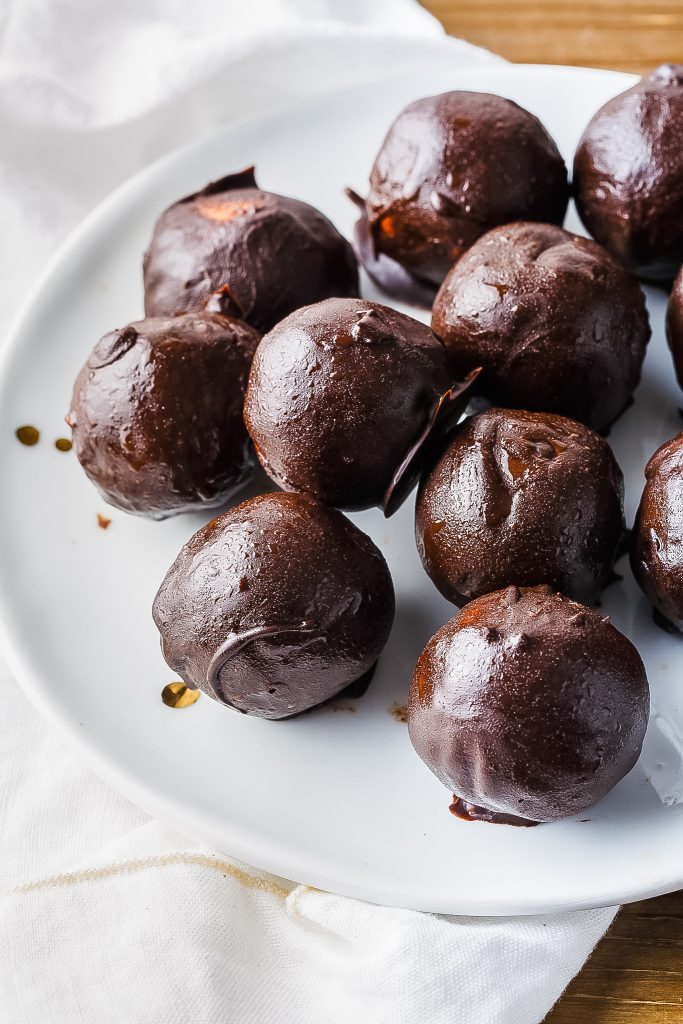 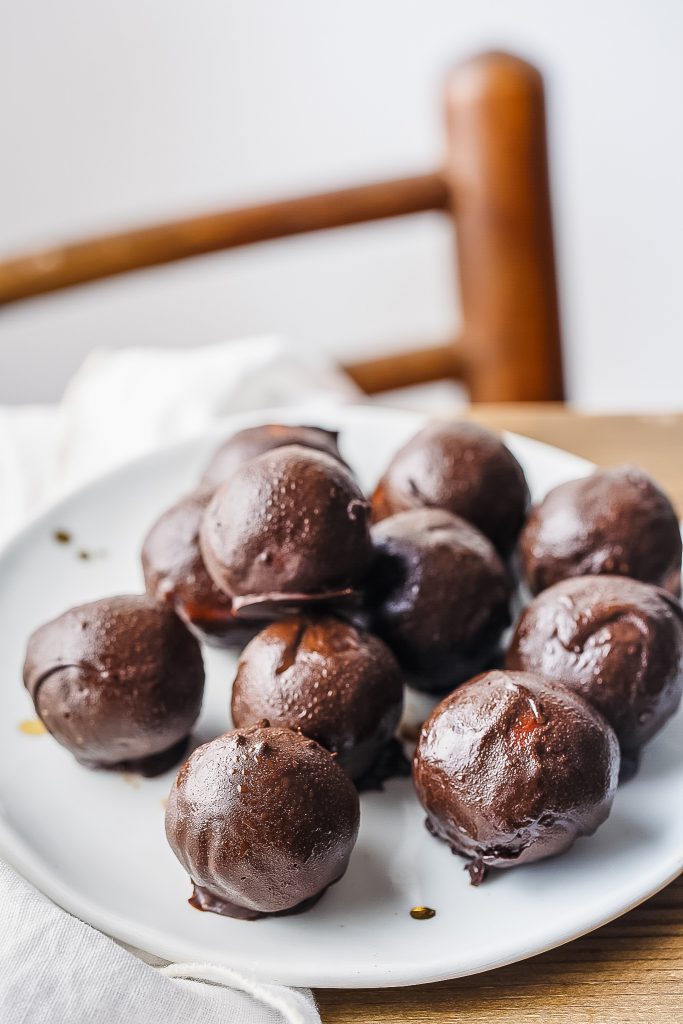 The sweetness in both the ice cream and the chocolate truffle coating comes from honey, as it does in many Paleo recipes. While I’ve seen some Paleo folks advocating for the use of natural no-calorie sweeteners like Truvia, I really prefer the subtle sweetness of honey in my Paleo sweets, so that’s what I’ve used here. Depending on the honey you use, it can also help impart a more complex flavor to your ice cream truffles. High-end honey (the best stuff) often has subtle varieties of floral notes, like clover or lavender. So experiment a little and see what delicious combos you can come up with. 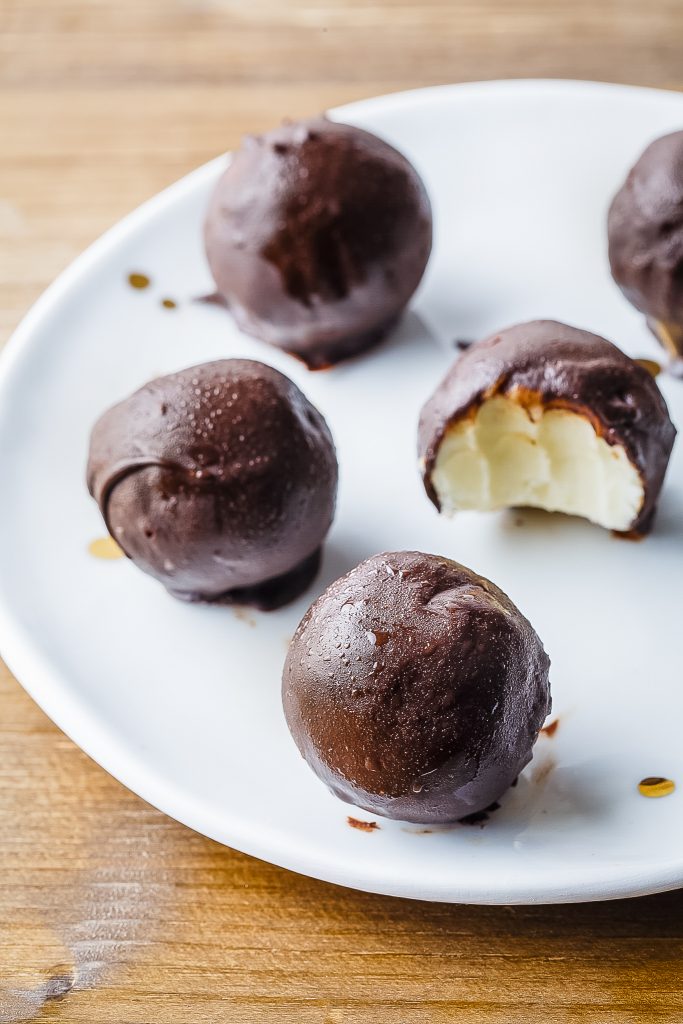 And the chocolate – oh, the wonderful chocolate. Make sure you get unsweetened cocoa powder because you don’t want any sneaky refined sugar lurking in your ice cream truffles.

One last final comment about these cute little balls of deliciousness: Valentine’s Day is coming up. Wouldn’t you love to treat your special person to a sweet treat that’s also good for them? I know I would love anyone who made ice cream truffles for me!

(Make this next: Matcha Bliss Balls)