There are few things that are as well-built for summer as gazpacho. And when it comes to making a delicious Paleo soup that fuels you with nutrients and keeps you cool when temperatures rise, this is the recipe you need. 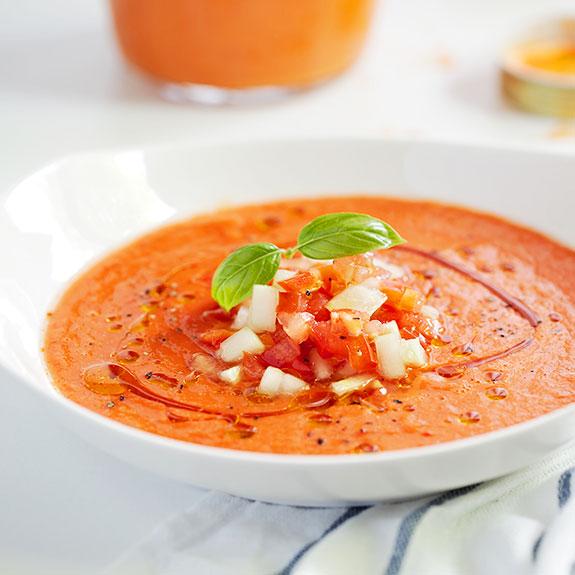 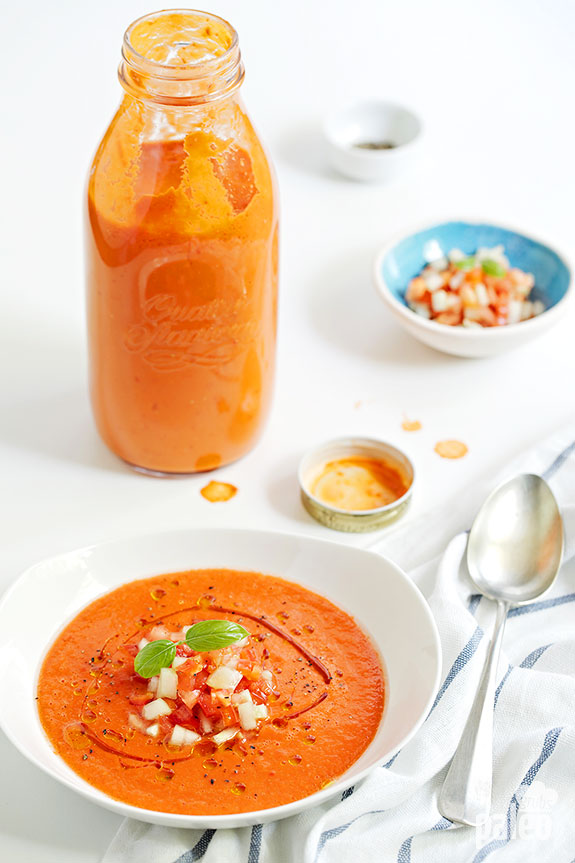 Have you ever had a soup that was so tasty you couldn’t help but make it multiple times in a week? That’s the sort of soup we’re making today.

When I first tried gazpacho I thought there was some mistake and they had forgotten to heat it up. But knowing now that it’s supposed to be served chilled it’s definitely one of my favorite soups to make and a big hit on a hot day.

Tomatoes form the base of the soup, and it’s really just a matter of blending them up along with the other ingredients. Each ingredient has been selected for its feature of tasting great without the need to cook it, and served cold. 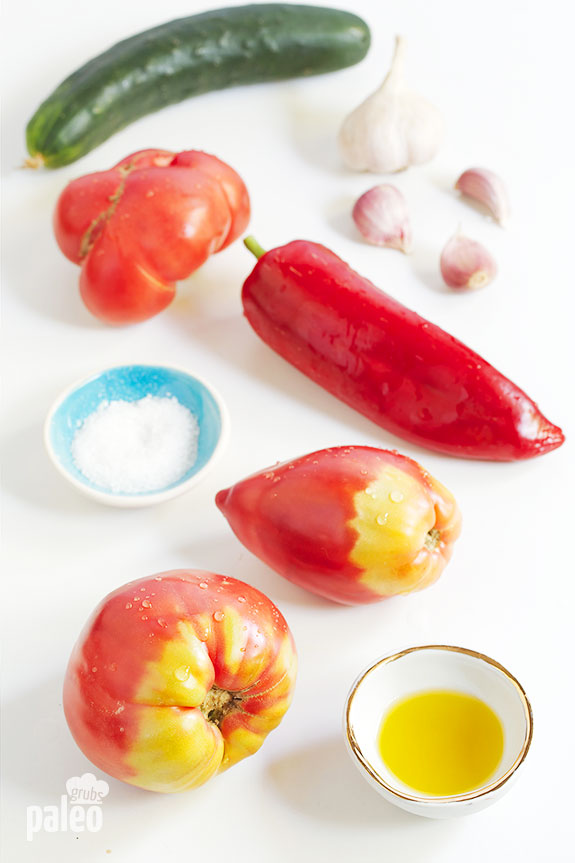 On a health note, you’re getting lycopene from the tomatoes, as well as other nutrients so it’s not just a tasty soup but also one that improves your wellbeing.

Cucumber is the next main ingredient and also makes it a deeply hydrating meal, perfect for hot summer days when we tend to lose more moisture from sweat. It’s important to peel the cucumber before blending it up because the peel is just a little too thick and would mess up the consistency of the soup. 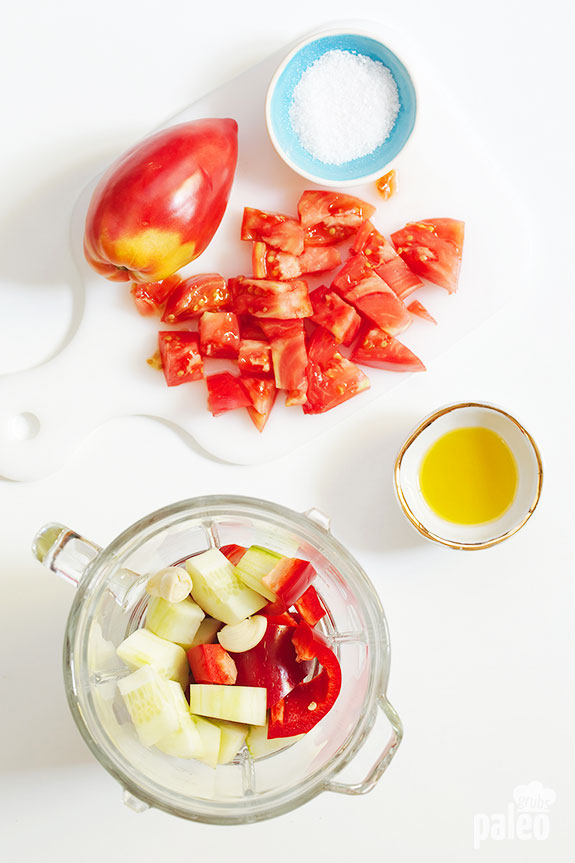 Try this as a light lunch or dinner when things are hot outside. It’s great because a) you don’t have to use your stovetop and heat up the whole kitchen and b) you don’t have to have a steaming bowl of soup in front of you making you hotter than you already are.

Because we’re not cooking any of the vegetables for this soup it’s important to get them when they’re at their freshest. Try finding them at a farmer’s market and buying them locally. You can really taste the difference, the same way you can taste the difference between fresh tomatoes and canned.

You can get away with serving this gazpacho after 30 minutes in the fridge, but really the hotter it is outside the colder you’ll want to serve it up. If you want to speed things along try putting in the freezer for 15 minutes and then finish cooling it in the fridge for an additional 15 minutes. I like to chill it for several hours for the best experience.

Bring this to your next picnic or outdoor potluck event and it’s sure to be a hit. There will likely be someone there that hasn’t tried gazpacho before and they’ll be hooked. It’s one of those dishes that seems fancy, but is so easy to make.