Perhaps you saw the film Fried Green Tomatoes and thought you’d like to try it. Unfortunately, traditional fried green tomatoes is off limits with Paleo because of the bread crumbs that are typically used to coat them. These were easy enough to sub out with almond flour, which provides a nice coating that is reminiscent of bread crumbs without any actual bread, wheat, or grains. 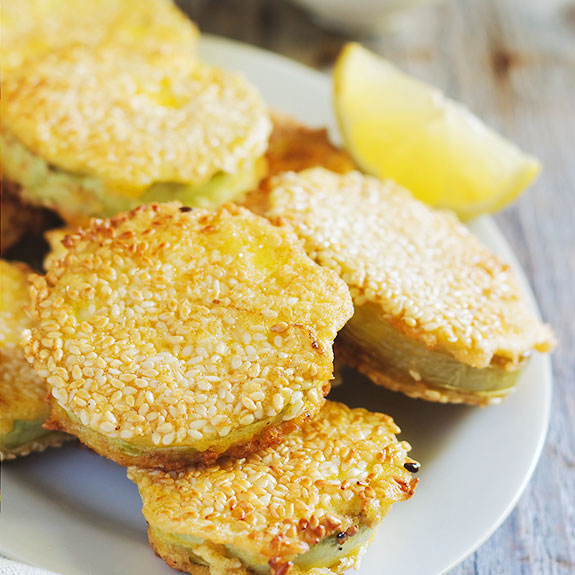 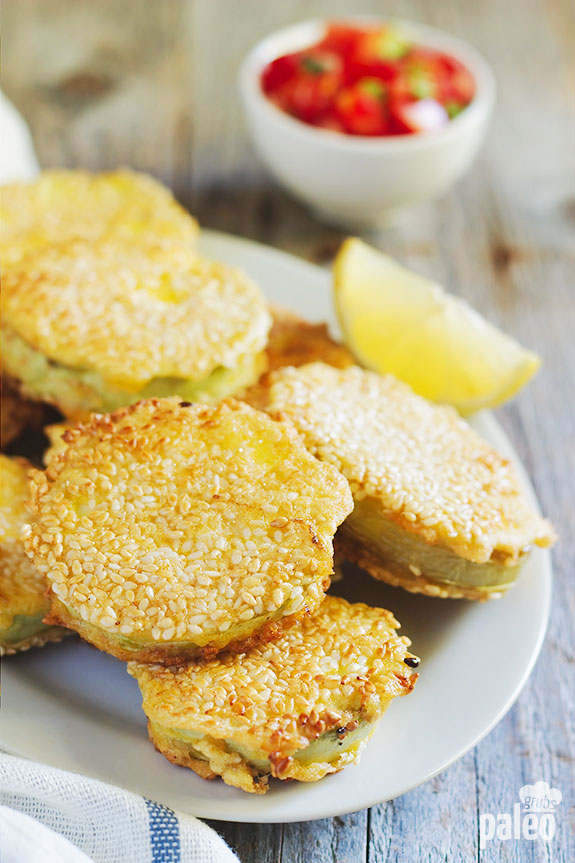 Green tomatoes may be a challenge to find depending on where you live, but it’s worth the effort. They have a distinct flavor and are what makes this dish go. Fried red tomatoes just don’t have the same ring to them, or flavor. As it turns out you’re getting some extra benefits from eating these tomatoes as well.

Green tomatoes are red tomatoes that didn’t get the chance to fully ripen. They’re rich in antioxidants and minerals, so just like many other Paleo foods there are inherent benefits to what you’re putting into your body. 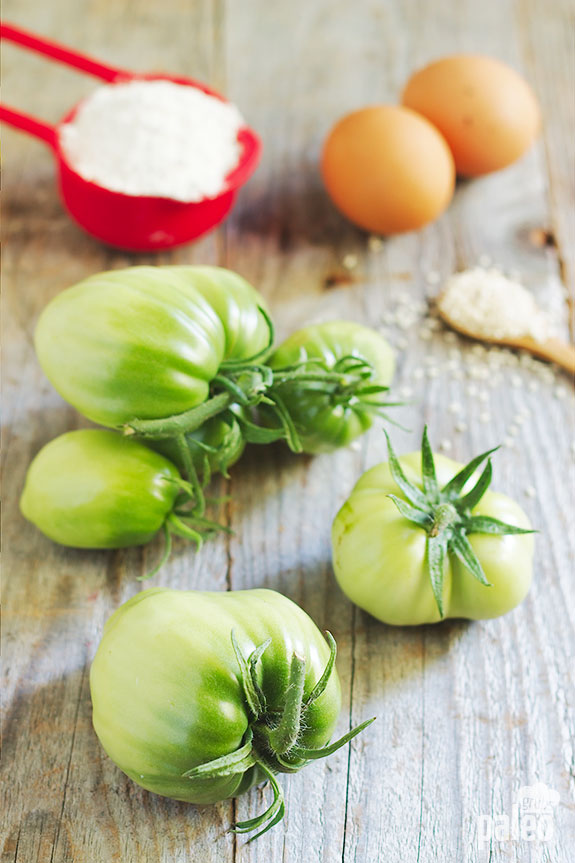 Perhaps one of the biggest substitutions is with the oil you use to fry these up in. A traditional fried green tomato recipe wouldn’t be too discerning about which oil you use, even suggesting that you use plain old vegetable oil. But with Paleo we know that the oil you use matters a lot, and vegetable oil just doesn’t make the cut. 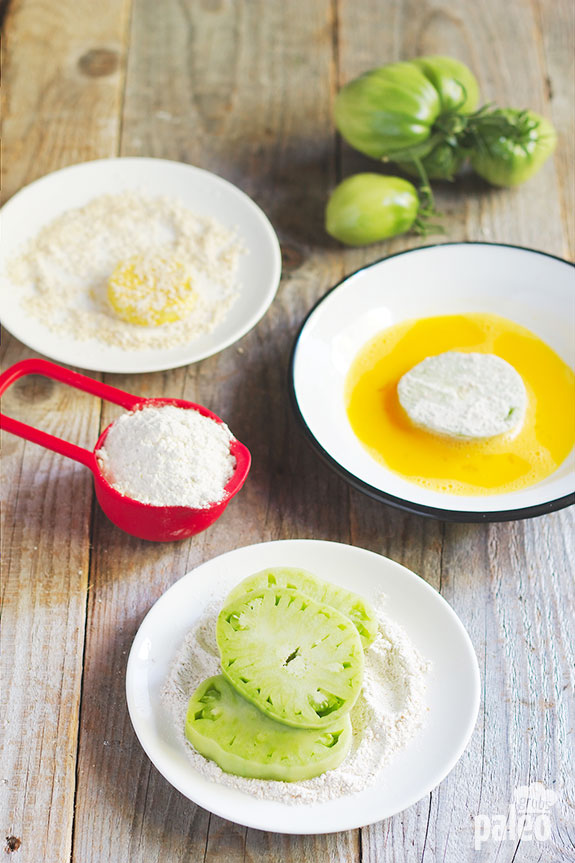 We recommend using olive oil or coconut oil to fry these in. Coconut oil will give it a slight coconut flavor, which depending on your tastes will or won’t detract from the overall experience, and could even heighten it. Both oils will provide healthy fat that will help you burn fat instead of store it, and both will provide you with a crispy and delicious coating to these tomatoes.

One feature of my fried green tomatoes that you won’t find anywhere else is the sesame seeds that are built right into the coating. They give it additional flavor and crunch, as well as extra visual appeal.

One thing you’ll probably notice as you make these is that the steps are pretty much the same as when you make it the traditional way. It’s all about making the egg mix to dip the tomatoes into, having the flour mix ready to coat them, and then dropping them into the fry pan with the oil and frying them until they’re the right color. 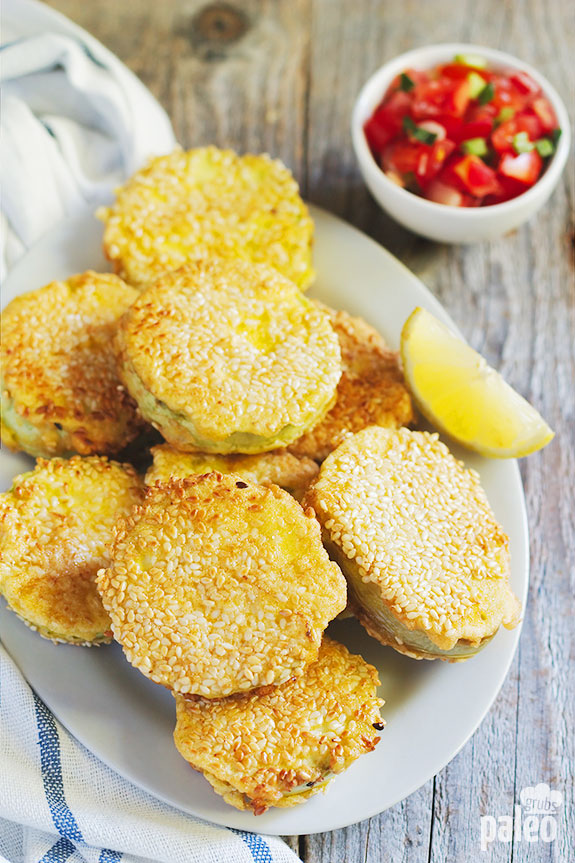 That’s what I really love about Paleo. It’s not a drastic lifestyle change, but rather a subtle way of using different ingredients to get a similar result. The small tweaks produce food that is now suited for proper digestion and assimilation. It’s not diet food, but rather food that is better lined up with what our bodies are equipped to handle.