Paleo freezer meals can save you a ton of time on a weekly basis. When you don’t have time to cook every night, it can be hard following Paleo or any diet program for that matter. These meals can be made in big batches, portioned off and frozen so you get several meals from one effort. 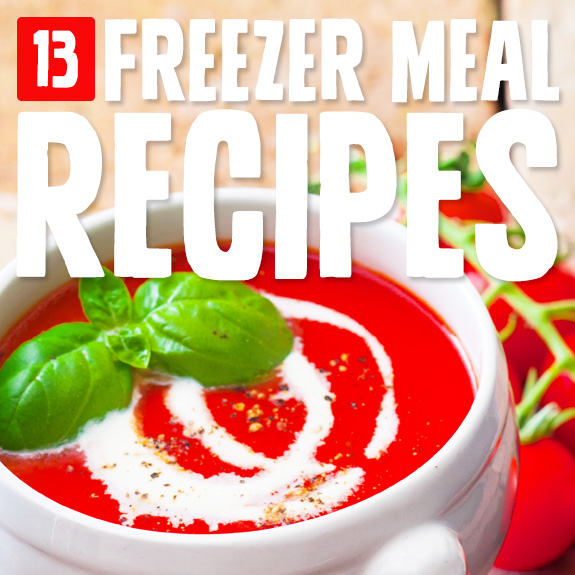 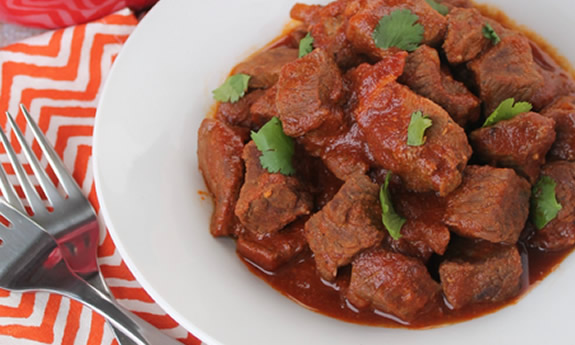 1. Paleo Carne Guisada
With big chunks of stew meat this is one meal that is sure to satisfy everyone in the family. It is great when served up with just about any vegetable side dish, and if you double or triple the recipe you can freeze up whatever you don’t eat and save it for a later date. When that day arrives you simply take it out of the freezer, heat it back up in a slow cooker, and revisit the meal. It won’t feel like leftovers if you wait long enough between meals. The sauce makes it so you don’t need to thaw the meat, the slow cooker on low makes sure it doesn’t burn. 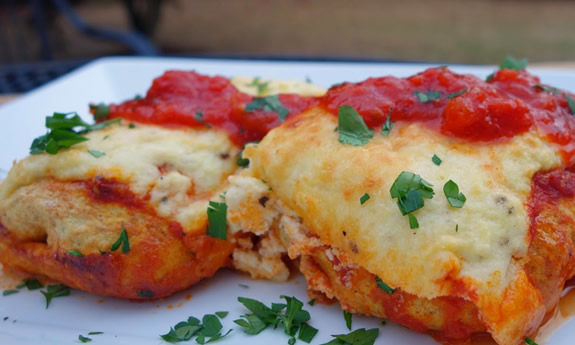 2. Stuffed Beef Cannelloni
This stuffed beef cannelloni can be made in a number of ways depending on how closely you follow the Paleo guidelines. If you sometimes have dairy you can make it as described, but if you want to completely avoid dairy you should remove the mozzarella and ricotta cheeses.

This will alter the taste some, but it will still be a solid offering, and one that can be frozen and served up later quite easily. As shown you’re getting nine servings, but you could easily double the recipe and have enough for several meals stored in the freezer. 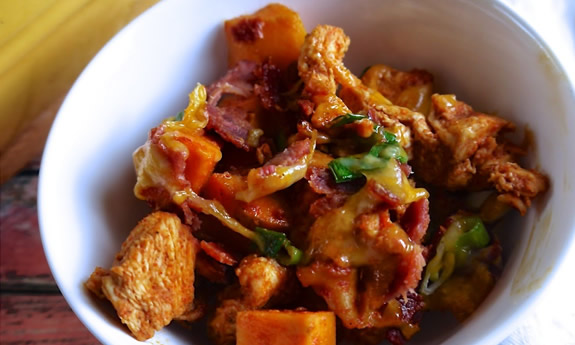 3. Sweet Potato Buffalo Chicken Casserole
Anytime you want a good freezer meal just bake up two casseroles. One for tonights dinner and one for an encore performance in the not-so-distant future. This buffalo chicken casserole is made with sweet potatoes and provides the taste of buffalo wings but in a healthy meal that doesn’t use any harmful oils. Instead it uses ghee and has an assortment of yummy ingredients like bacon, sweet potatoes, and chicken breast. This is one meal that your family is sure to enjoy, and ask for again, and you’ll have a backup in the freezer when they do. 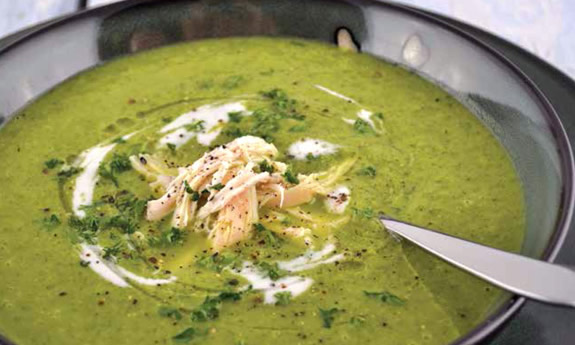 4. Green and Lean Soup
Hearty soups are always good freezer meal fare because they reheat so nicely and sometimes taste better the second time around. This is a soup that will give you plenty of energy and makes a great light lunch or dinner, or works as a meal starter when you’ve got dinner in the works. Spinach and leeks combine to give you plenty of nutrition, and the remaining ingredients all pass the Paleo code. There are so many different vegetables that this will definitely be a meal that will help slim you down if you’re not at your ideal weight, hence the name lean and green. 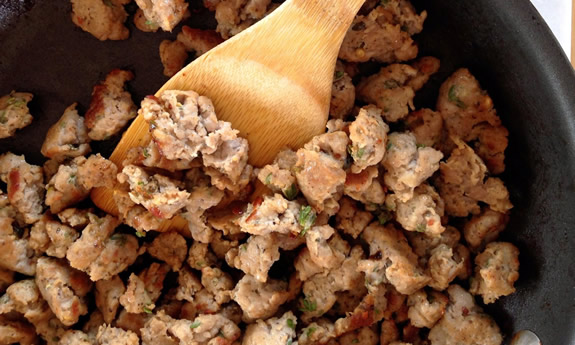 5. Homemade Breakfast Sausage
Breakfast is a great meal to have stored away in the freezer just waiting for the perfect time to be heated up. You can make a giant batch of this breakfast sausage, freeze it up, and then always be ready to cook up a quick hot breakfast by adding a side of eggs to it. Since you spend so much time sitting in front of the stove frying it up, you may as well make it so you only have to do it once in awhile. If mornings aren’t your strong suit you can pre-make this breakfast sausage any time of day and save yourself the trouble in the morning when you just reheat it quickly. 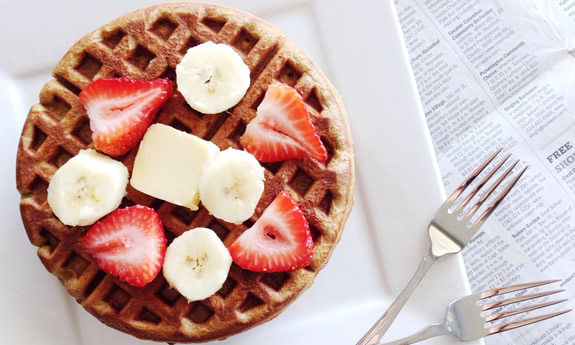 Photo: Taylor Made It Paleo

6. Nut-Free Sunbutter Banana Waffles
Let’s stay on the topic of breakfast and see how to make a Paleo version of Eggo waffles. Waffles are the perfect breakfast food to store in the freezer, which is probably why Eggos are so popular in the first place. These waffles don’t have much in common with Eggos other than they’re both technically waffles. Keep these stored next to the sausage found above and you’ll have a complete breakfast that’s ready in minutes. To reheat, just drop in the toaster for one cycle to thaw, and drop it in a second time to heat. 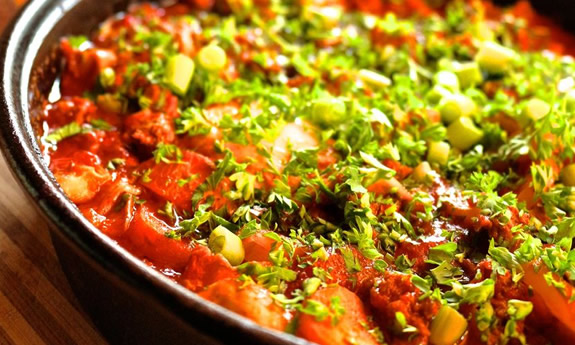 7. Shakshouka
It may be hard to pronounce, but this is one freezer loving dish that you’ll want to familiarize yourself with. It has plenty of exotic flavors, and your family won’t be able to tell the difference on whether it’s fresh or if it’s been frozen. It’s one of those recipes that is easy enough to double the recipe on, and then you’re basically making two meals in the time it takes you to make one. Our ancestors tried to do things efficiently and definitely would have jumped at the chance to save some time if it meant being able to take it easy more often. 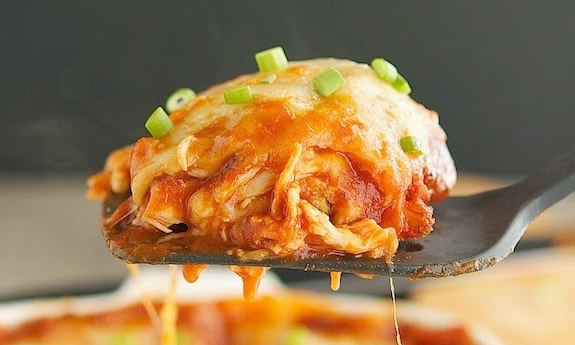 8. Chicken Enchilada Casserole
This is a casserole that will give you plenty of Mexican flavor, not just now but when you take it out of the freezer and heat it up again. It’s listed as a Primal recipe because it uses cheese, but it’s easy enough to omit this if you want it to be strictly Paleo. The best part about this dish is that it won’t lose any flavor by being frozen and heated back up. It’s also a complete meal in one dish because it uses cauliflower tortillas instead of regular tortillas. No grain worries and the vegetable serving is built right in. 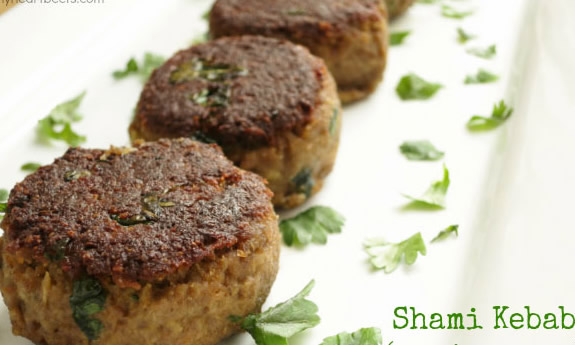 9. Shami Kebab
You’ll love eating these kebabs just as much as making them. This is a recipe that you can literally make as many of as you want at one time, and drop the leftovers into a freezer bag or bags and save for as long as you’d like. They heat back up very well and the flavor is locked into the meat so they don’t lose much from the freezing process. All you’ll need to do is come up with a side dish to enjoy with them and dinner is done. They have a flavor that mixes well with just about any vegetable, and you could even do veggie kebabs to keep the theme going. 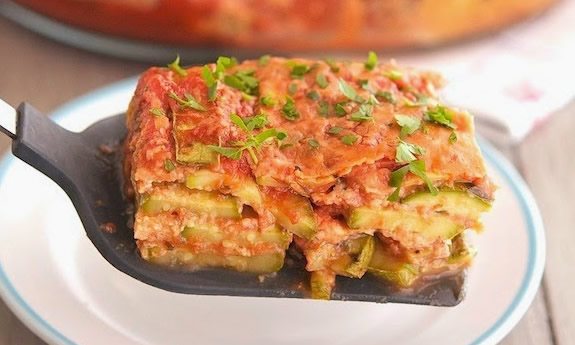 10. High-Protein Zucchini Parmesan
Zucchini gets the starring role in this high-protein offering that makes for a fantastic freezer meal. The protein comes from added eggs and there aren’t any noodles in this or any meat. You’ll be surprised how great it tastes when you bake it back up again and this is one way to plan ahead and have your meals already pre-cooked. Some Paleo followers will pick one day of the week to make 7 meals and then have most of the week’s worth of cooking already done so they don’t have to fuss in the kitchen all week. 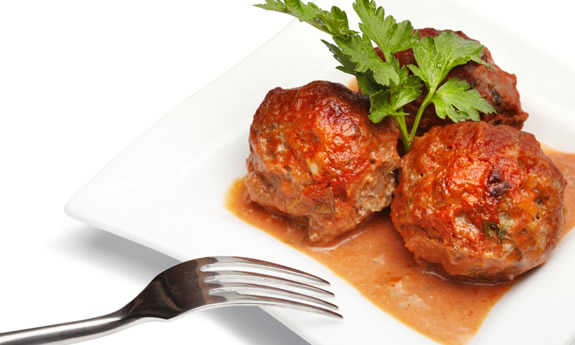 Photo: Health Starts in the Kitchen

11. Secret Superfood Meatballs
We’re going to let you in on what the secret is: it’s liver. Liver may not sound like the most appetizing thing to add to meatballs, but it won’t even be noticeable because of all of the ground beef and ground pork that surrounds it. But liver does contain impressive amounts of minerals, and would be something that was on the menu for Paleolithic man. The other ingredients Hayley uses are all all-natural and contribute to the final product. Freeze up these meatballs and you’ll always be ready to serve up a wholesome meal. 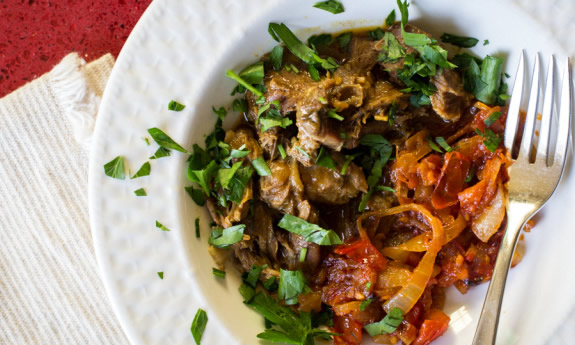 12. Moroccan Goat Curry
It’s time to broaden your horizons if you’ve never tried goat before. This goat curry is made Moroccan style, with robust tastes thanks to the spices used. For those that can’t find goat or would rather not try it, they say you can use lamb as well. But Paleo really is about trying new things and exploring different foods, so try goat first before deciding you don’t like it. Curries make the perfect freezer meal because they reheat so nicely. Double this recipe so you can have plenty left over for meal number two. 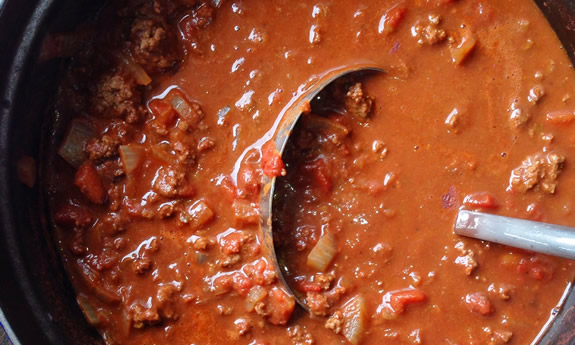 13. Sweet Cocoa Chili
When planning your meals well in advance, be sure to include a batch of chili. So many ingredients go into chili that it’s nice to make a double batch so that you have some for later. Freeze up what doesn’t get eaten and store it away until no one can remember the last time you had chili. At that point you can introduce this to them again and they won’t even know that it’s the same chili they had before. You can also doctor it up the second time around with additional seasoning if you’d like, but it isn’t required.