My eggplant beef casserole is light on the wallet but big on taste. It also saves you tons of time, making it a great option for a midweek dinner idea. 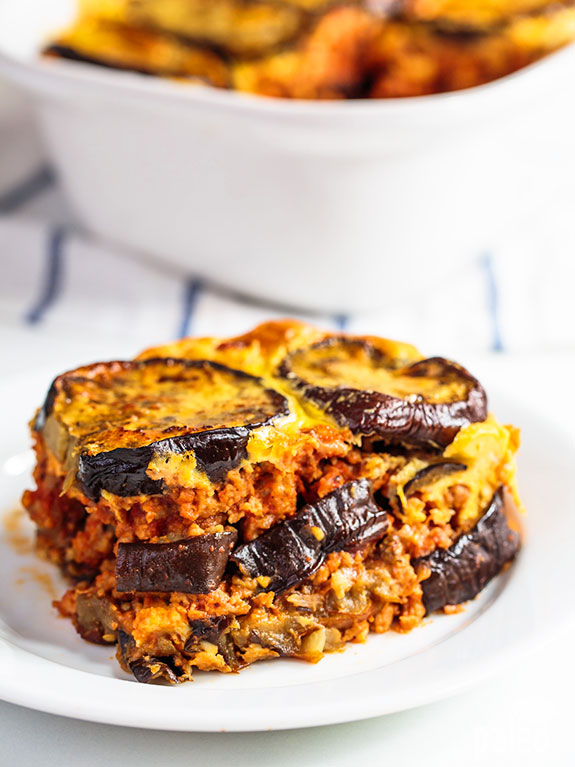 I grew up in the Midwest so that means I grew up eating casseroles. Casseroles are traditionally one-pot meals: meat, vegetables, and starches, baked all together. And what holds all that stuff together is usually the starch – noodles or mashed potatoes are probably the most common. Casseroles are generally pretty easy to make, they are usually pretty hearty and filling, and more often than not, easy on the budget. So I was on the search for a Paleo-friendly casserole recipe that ticks all those boxes (without the starch!) when I stumbled upon this one.

One of the reasons I love this recipe is that I love eggplant and I’m always looking for new ways to incorporate eggplant into dishes. Eggplants are pretty fascinating berries – yup, I said “berries” – because that’s what they are. They are in the nightshade family and that means they are related to tomatoes, potatoes, bell peppers, and most kinds of spicy peppers. (And yes, that means that, technically speaking, all those things are berries too!) 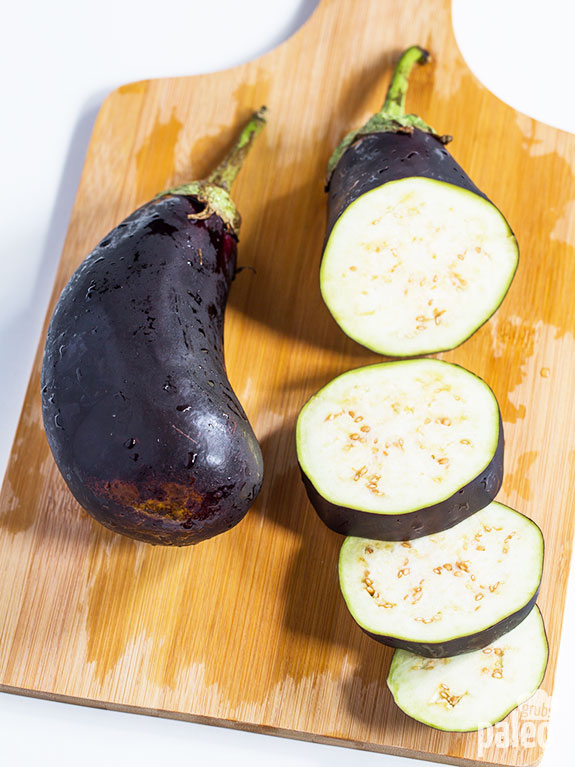 Of course, eggplants don’t taste a thing like what you might expect a berry or even a pepper to taste like. Their skin and white fleshy insides can be bland or even a bit bitter, but seeking out smaller eggplants and /or adding a bit of salt can temper that bitterness. Not to worry, though – when cooked in a sauce like this recipe, you won’t catch even a hint of bitter because eggplant tends to take on the flavor of what’s around it so, in this dish, the eggplant will have a rich, tomatoey-beef flavor. Yum. And the good thing about a slightly bitter eggplant? That means it has more antioxidant phenolics in it. More cancer killers! 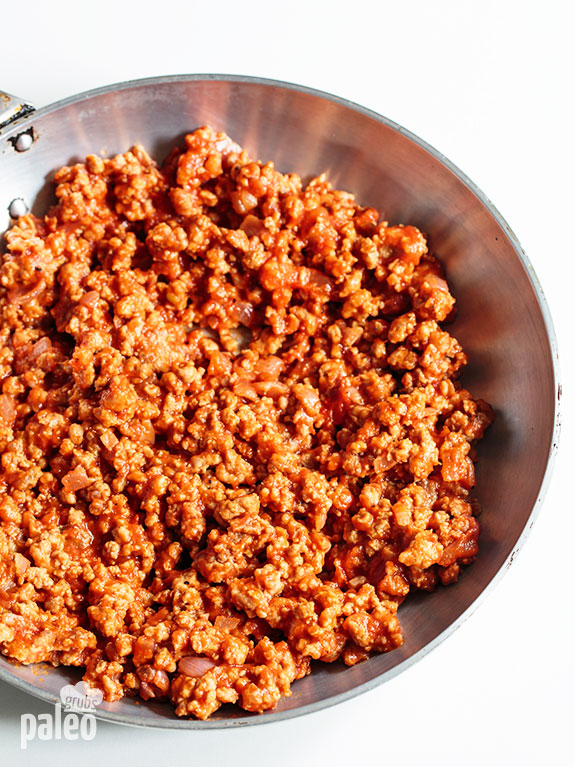 Although in the United States, we’re used to the purple ones, there are tons of shapes and sizes and colors of eggplants. In fact, we call them “eggplant” because one popular variety in India is white and about the size of an egg. So that shows you what a range this vegetable – I mean berry! – has. And even though Europe had been nibbling on eggplants since the 1300s (they originated in India), eggplant didn’t make its way to the Americas until the late 1700s, and that was because a rather famous American (who also supposedly happens to be responsible for inventing macaroni and cheese) started cultivating them on his Virginia farm: Thomas Jefferson. The Declaration of Independence AND eggplants?! What a smart guy! 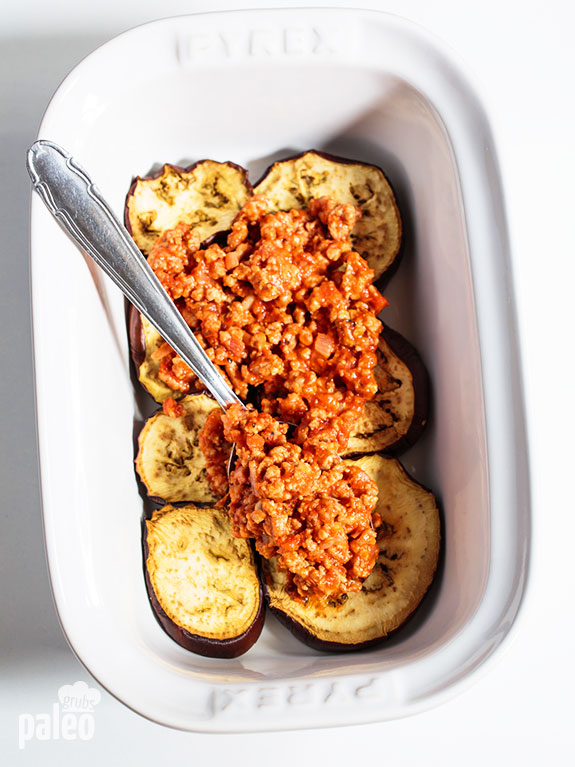 But back to one of my new favorite fall recipes…remember I mentioned starches holding it all together? Well, as a Paleo eater, I don’t want all those potatoes or noodles in there so instead we’re using a bit of egg. Not only does this do the trick of acting as a binder for the other ingredients, it adds even more protein to our dish. Double win! 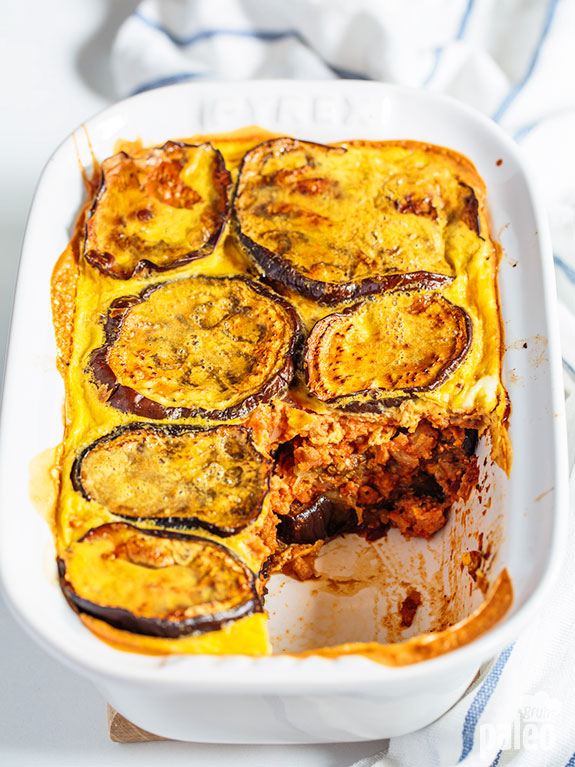 So if you’re a Midwesterner like me, or you’re just in the mood for a simple and not expensive, but still really hearty meal, I highly recommend this recipe. And now when you serve it to your friends and family, you can tell them all the stories about the mighty eggplant!