No temptation for a fast food breakfast during the morning commute when you have my egg muffins in prosciutto cups on your side. A protein-packed start to your day that is even father approved. 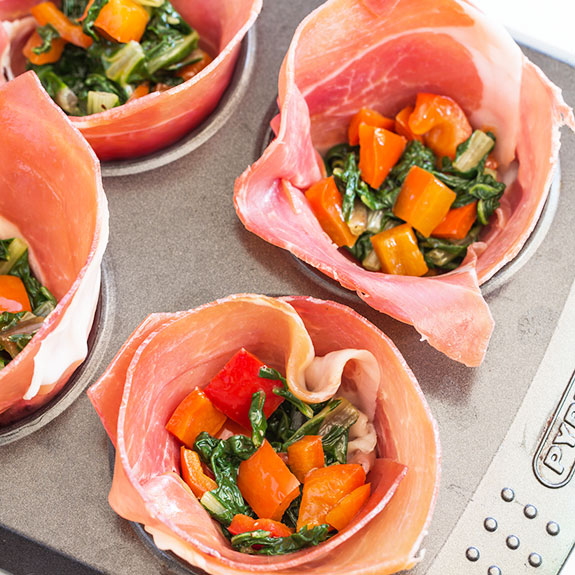 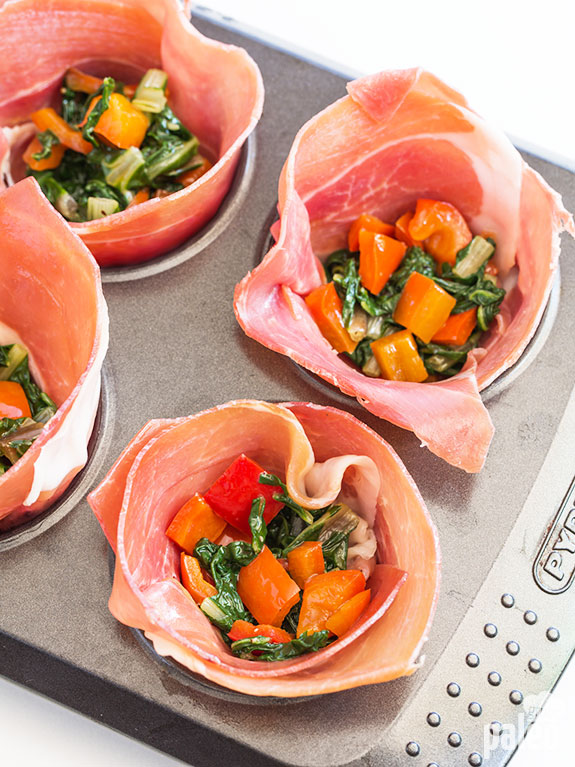 My Dad is a meat-and-potatoes kind of guy. He’s gotten better over the years – my mom is a much more adventurous eater – but there are still some things he just doesn’t do. He likes his standard meals and he doesn’t like surprises.

When I first started making Paleo meals and tried explaining it to Dad, he was skeptical. “So do you just eat meat?” – that was probably my favorite question. There was also “what about lunch? How do you make a sandwich without bread?” 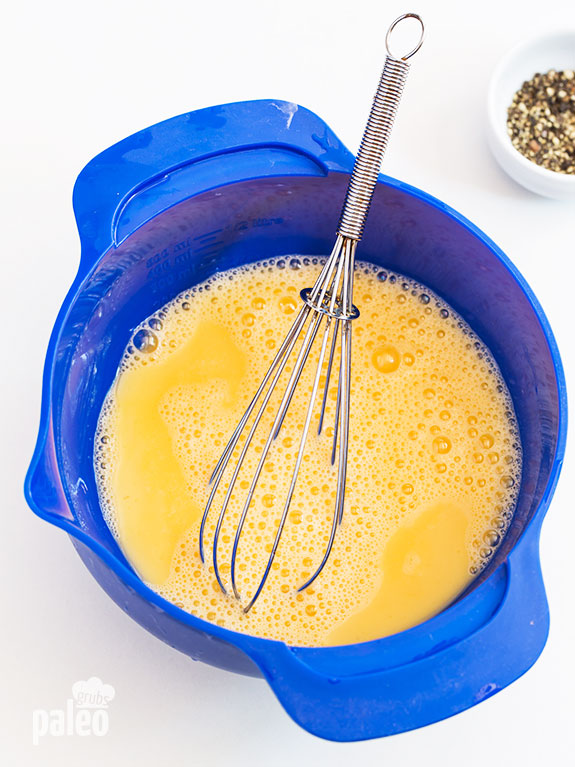 A few months after I became full-time Paleo, my parents came to visit. My mom later told me my Dad was really nervous that I was going to make them eat “caveman food” the whole time they stayed with me. He made her promise they could go out to lunch every day. That made me laugh pretty hard.

But I know my Dad pretty well and I was pretty convinced I could make him a few days worth of Paleo meals that he would love. And my first hurdle was breakfast. 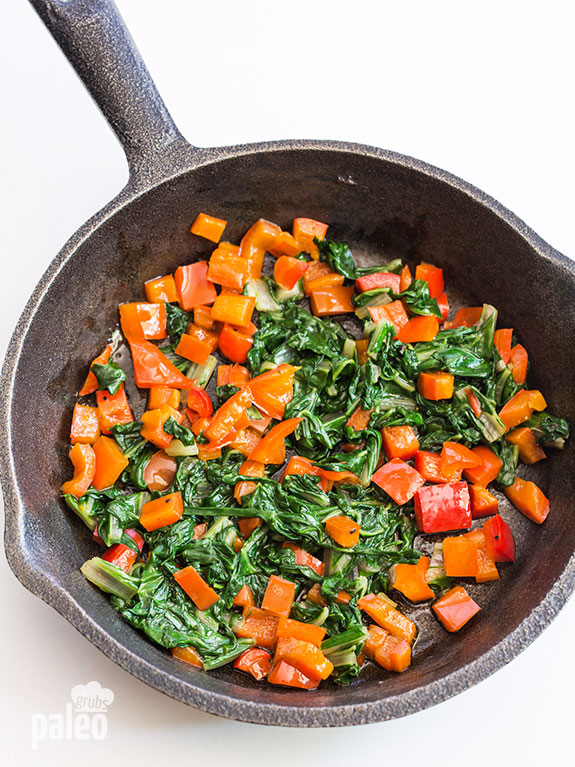 At first, this seemed easy. Dad loves bacon and eggs and I knew I could do something with that. But he also likes pancakes and toast with his bacon and eggs. How my Dad has maintained a relatively trim physique eating this way for 60 years without working out ever is beyond me. Clearly I did not get his genes.

So I cheated a little – not on the food side, though. I pretended we had tickets to the botanical gardens for a 10am special show. The tickets were actually for 9am. So when my parents got up the next morning, we were almost already late. So I rushed them out the door – no time to sit and eat! 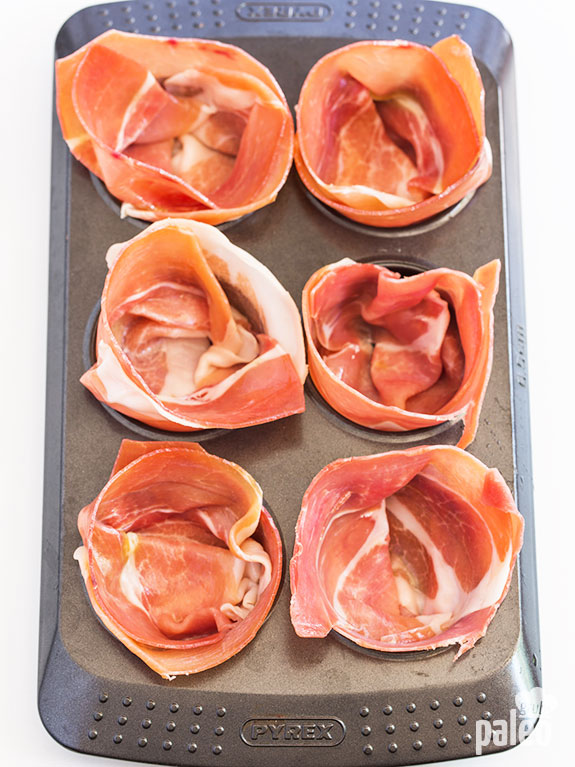 But I didn’t starve them, of course. I got up in plenty of time (not really all that much earlier, actually) to make these egg muffins in prosciutto cups. Although I knew it would have been much more civilized to sit at the breakfast table and have coffee and eat the “muffins” on an actual plate, I knew by handing an egg muffin in a napkin to each of my parents and rushing out the door would by-pass any questions of where the toast was.

I guess it turned out I was a little afraid of my Dad eating Paleo, too.

I shouldn’t have been. My Dad not only loved the egg muffins in prosciutto cups (“bacon and eggs to go!” he said in the car), he requested them the next morning.

And never asked for toast. 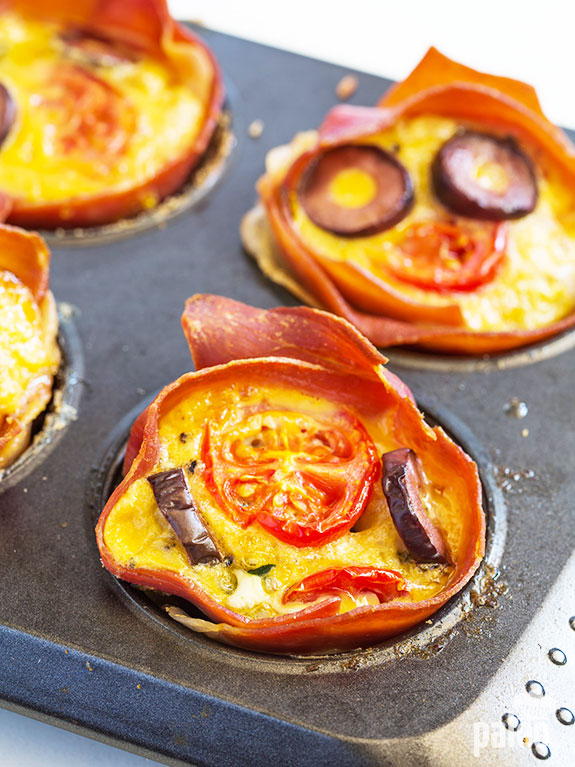 That’s not to say I turned my Dad into a Paleo eater right then and there. It took a couple of months, actually. He’s a good Dad and curious about everything I do so after this trip he began asking more questions about Paleo. I started sending him recipes. Now, a year later, my parents have been eating almost exclusively Paleo for about 6 months. And it all started with a little egg muffin in a prosciutto cup!