I first made this recipe for pumpkin paleo cupcakes back in the fall when they were in season. However, after trying them out, I’ve been going back to them time and time again because they’re just so addictive. These cupcakes are not only incredibly delicious, but they’re actually rather healthy as well. It’s all because of the fact that they are made with carefully selected ingredients, such as coconut flour, almond milk, and apple cider vinegar that makes sure the cupcakes are gluten free and 100% paleo friendly. And if you think that sounds good, I haven’t even gotten to the best part yet -- these cupcakes also feature an absolutely amazing homemade maple syrup frosting recipe. 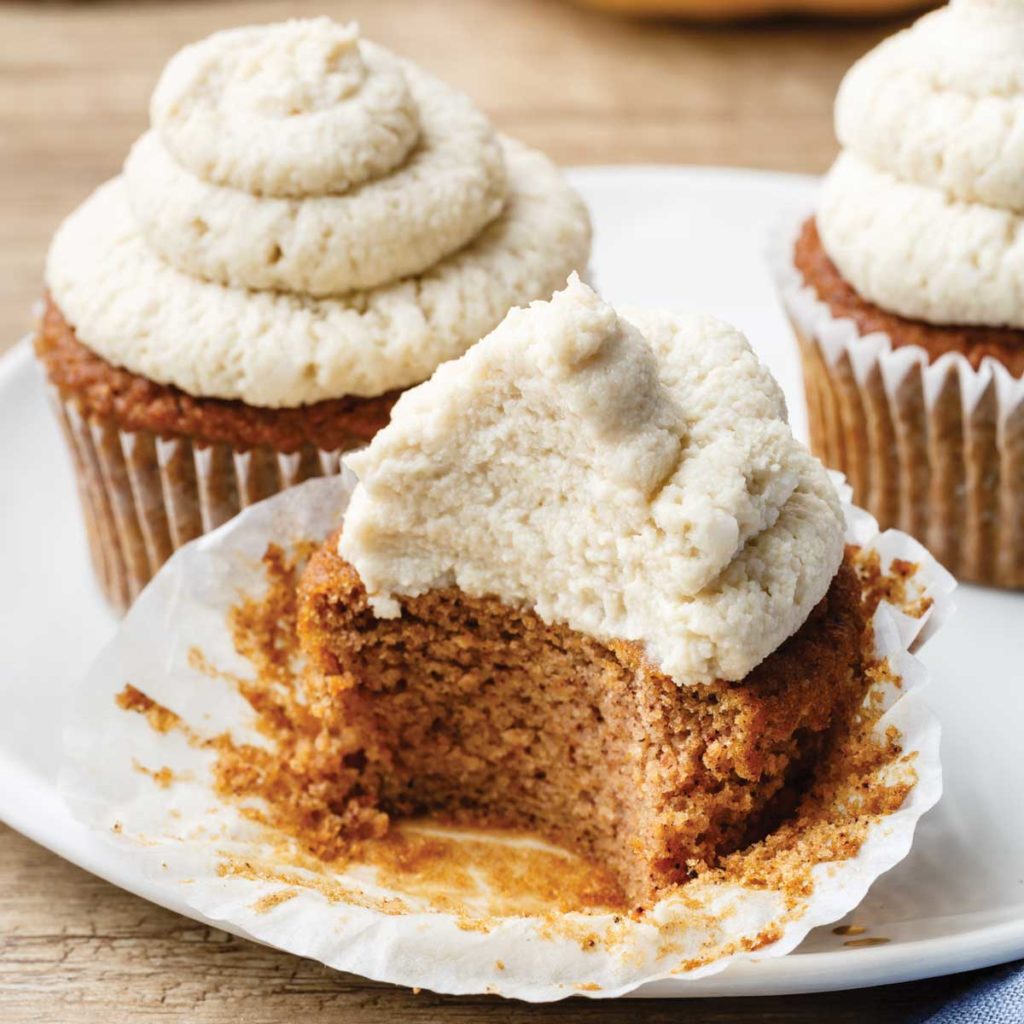 I Can’t Believe These Are Actually A Healthy Snack

These cupcakes take several things that I absolutely love and mash them all together into one fantastic recipe. To start, you’ll be taking the coconut flour and sifting it together with your cinnamon, nutmeg, ginger, and baking soda. The three spices used add an immense amount of slightly spicy flavor to the cupcakes, and they are all exceptionally healthy as well.

Cinnamon contains numerous antioxidant and anti-inflammatory properties. Nutmeg is also an excellent source of disease fighting antioxidants. Last but not least, ginger is yet another nutritional powerhouse that has been used for thousands of years as both a culinary spice and as a natural medicinal treatment for everything from the common cold to cancer. (1)

After mixing your flour and spices, turn your attention towards mixing your eggs and maple syrup together until the mixture is pale and fluffy. I love using maple syrup in my paleo baking recipes because it’s such a fantastic all natural sweetener. When you use raw organic maple syrup, you can rest assured that it hasn’t been processed and it’s also quite low on the glycemic index, unlike other kinds of sweeteners. It also contains tons of amino acids, vitamins, minerals, and antioxidants that have been shown to inhibit the growth of certain types of cancer cells. (2) 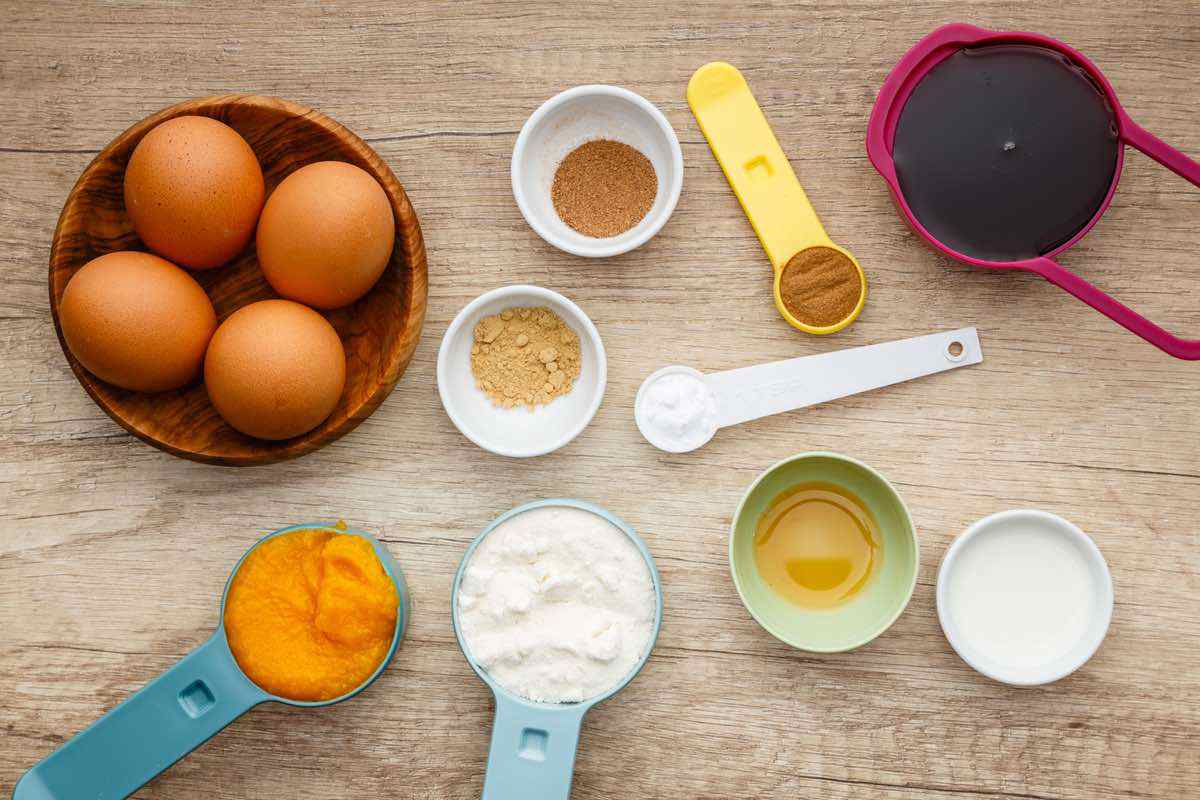 The next step is to gradually add in your almond milk, apple cider vinegar, and pumpkin puree. If you’re using store bought pumpkin puree, make sure that it’s 100% organic. I personally like to make my own at home so I can be absolutely sure there’s no hidden additives. The puree helps to give your cupcakes their delicious spicy pumpkin flavor while also adding in even more antioxidants, vitamins, minerals, and fiber.

As your cupcakes are baking, you can prepare what is perhaps the best part of this whole recipe — the maple syrup frosting. You’ll only need four ingredients to make it, and it’s incredibly simple to prepare. Obviously, the first thing you’ll need is the maple syrup. Other than that, you’ll require cashew nuts that have been soaked overnight, more coconut flour, and some full fat coconut milk. Simply blend everything together and then pipe the frosting over your cupcakes. 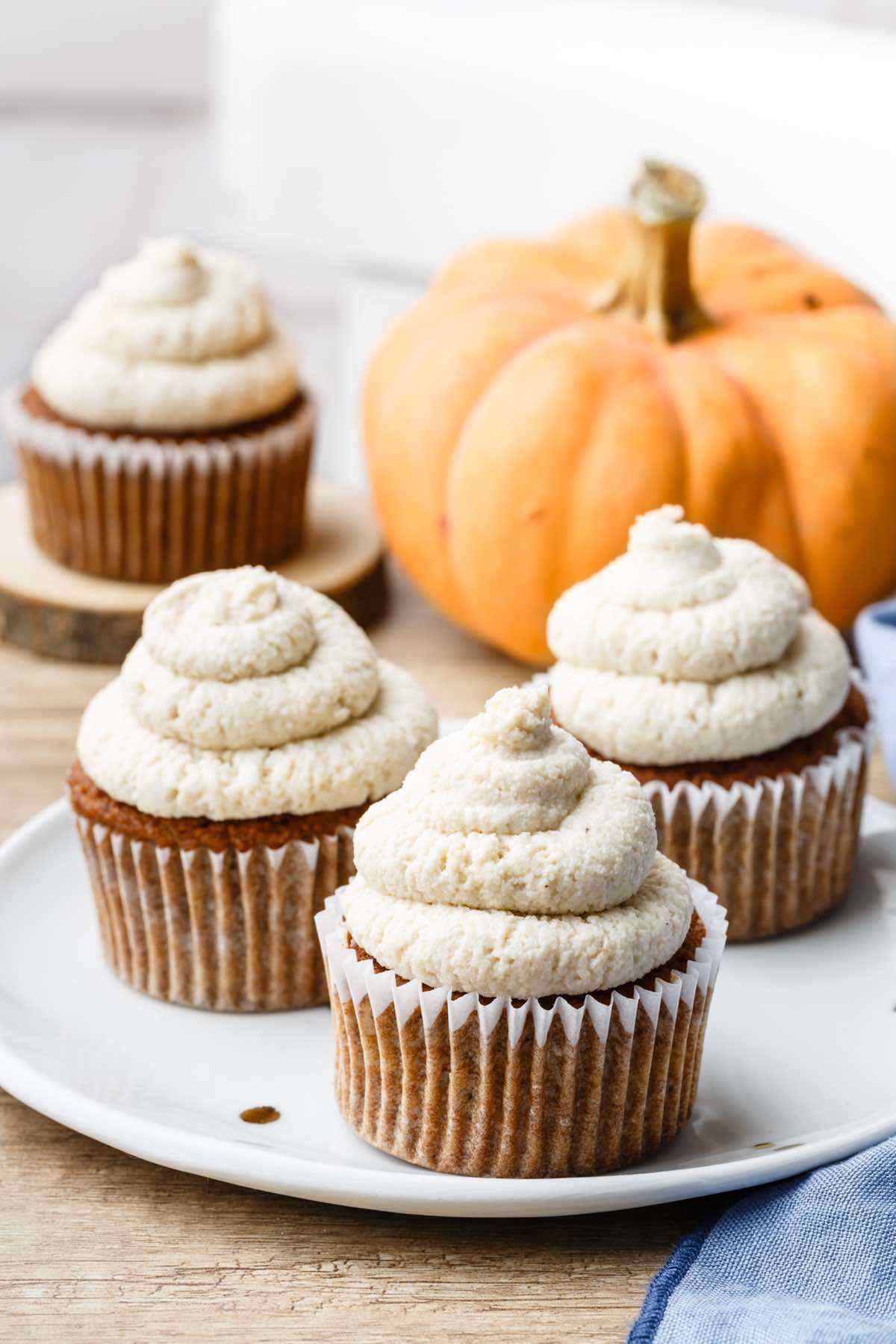 The maple syrup frosting is really the key thing that takes this recipe to the next level. The cupcakes can be safely stored in the refrigerator until they are ready to be served as well. It makes them the perfect grab-and-go paleo snack whenever you’re craving something sweet. Best of all? They’re incredibly healthy so you can satisfy your sweet tooth in a completely guilt free way.

P.S. – If this cupcake recipe isn’t enough to satisfy your sweet tooth, we’ve got a lot more where this came from. Here’s some of my personal favorite paleo cupcake recipes: